Hollywood just won’t give up on the Predator franchise, a series that has yielded exactly one great film (Predator), one decent one (Predators), one dud (Predator 2), and two execrable Alien crossover spin-offs. Still, more than 30 years after the Schwarzenegger original, here we are again with The Predator.

Iron Man 3 director Shane Black called the shots on this sequel that brings the action into American suburbia and hopes to prove that the universe’s greatest hunters have more than one great film in them. Here’s everything you need to know about The Predator.

When is The Predator out on Blu-ray and digital?

The Predator arrived in cinemas in September, which means the Blu-ray release is next on the agenda. The film is out in digital editions and  Blu-ray and other discs in the US now. After a bit of a wait it’s now also out on both  digital release and  disc versions in the UK.

And here’s the (brief) info released so far on what sort of extra and deleted scenes you can look forward to:

Who’s in the cast and crew?

There’s an impressive cast attached to The Predator. First up we have the young Jacob Tremblay (Room) as a kid who accidentally triggers the aliens’ return to earth. He spends a lot of the film together with Olivia Munn’s scientist Casey.

As we’ve already said, Shane Black is the man behind the camera, coming off the back of the successes of both Iron Man 3 and The Nice Guys. It’s a funny case of things coming full circle for Black, who played Hawkins in the original movie – and was even asked to help rewrite the script, but refused.

Black has at least co-written this new script, along with his former co-writer (on The Monster Squad, also 1987) Fred Dekker. Henry Jackman composed the score, while Larry Fong was the cinematographer.

Black has managed to spark a bit of controversy with the film though: he cast his friend Steven Wilder Striegel in a small role in the film, as a jogger who hits on Olivia Munn’s character. That would be fine, except that Black neglected to tell Munn – or the studio – that Striegel is a registered sex offender, having pleaded guilty and served six months in jail related to online messages he sent to a 14-year-old relative.

Munn found out and told the studio, and Fox moved quickly to cut the scene from the film entirely, so we’ll never see Striegel’s performance. For his part though, Black defended the choice to hire him: “I personally chose to help a friend. I can understand others might disapprove, as his conviction was on a sensitive charge and not to be taken lightly.”

First up, here’s the official synopsis, which gives you an idea of what to expect:

“From the outer reaches of space to the small-town streets of suburbia, the hunt comes home. Now, the universe’s most lethal hunters are stronger, smarter and deadlier than ever before, having genetically upgraded themselves with DNA from other species. When a young boy accidentally triggers their return to Earth, only a ragtag crew of ex-soldiers and a disgruntled science teacher can prevent the end of the human race.”

That hints at something revealed in the film’s first full trailer: that this time around humanity needs to survive one of the regular alien hunters, but also a new, enhanced version – dubbed the ‘ultimate predator’ – which is bigger, stronger, and plain nastier than the original.

The regular predator and the new ultimate version don’t get along too well, which makes for some fun fights. One of them also ends up captured and resident in a human lab of some sort – though makes a fairly violent escape.

The film also features ‘Predator Hounds’. These last appeared in Predators, though have had a redesign to appear more visually similar to main species – part of those ‘genetic upgrades’ perhaps – and are used to help track humans in the new film.

Check out the posters and photos

Fox has released a few fantastic posters for the film so far, which you can check out right here: 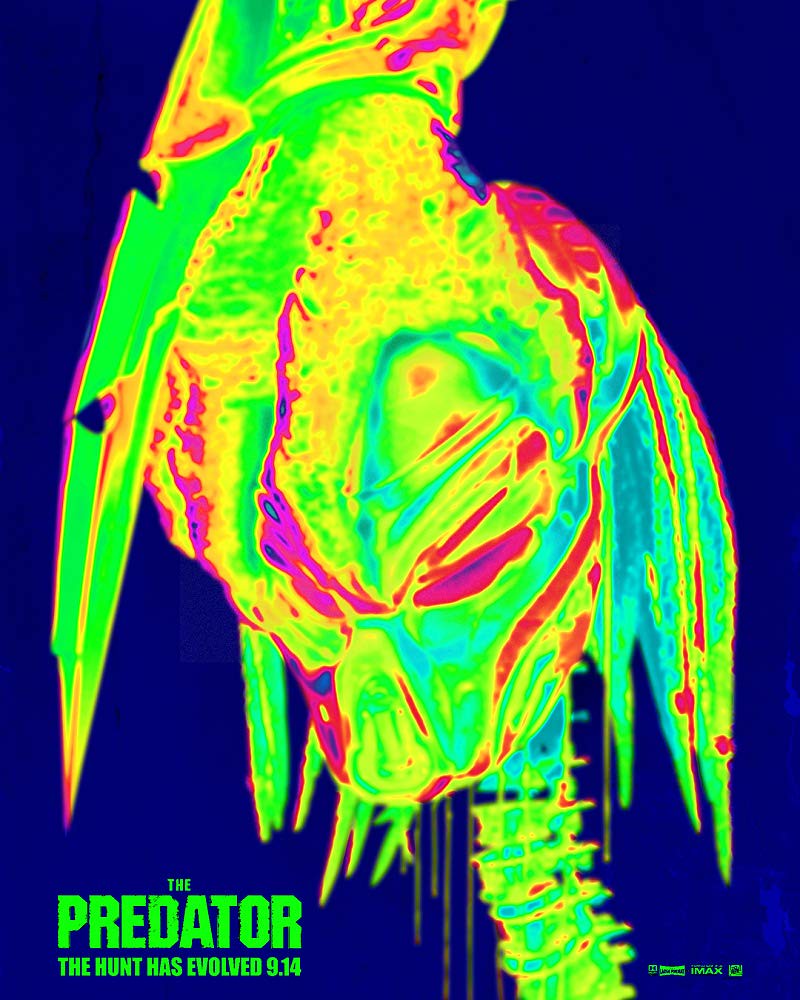 There are also loads of official stills and photos from the film, which give a great look at the regular predator’s new armour design, among other little details: 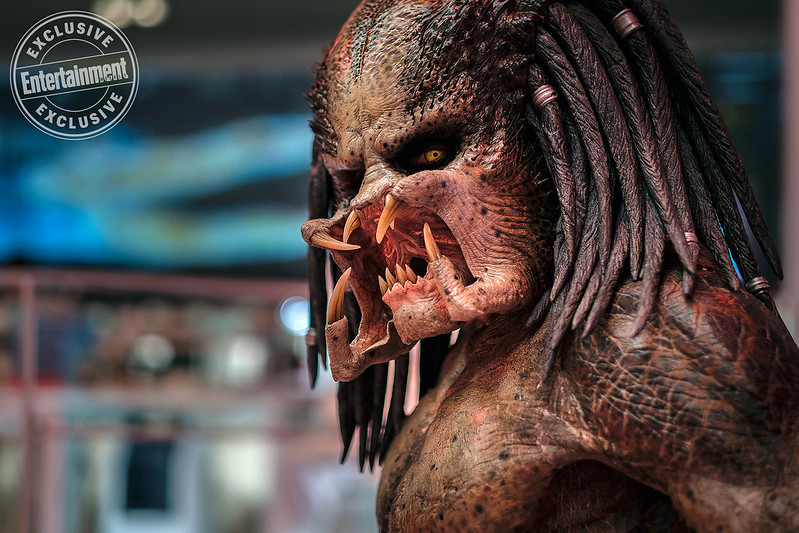 Finally, there are three main trailers to watch. The first is this teaser trailer, which focuses on Jacob Tremblay’s accidental activation of some alien tech:

Then there’s the first full trailer, which shows off a lot more action, some Shane Black wit, and the new big bad:

The latest trailer, released in late-August, shows off more of Black’s comedic side, and is by a long way the best look at the film yet: