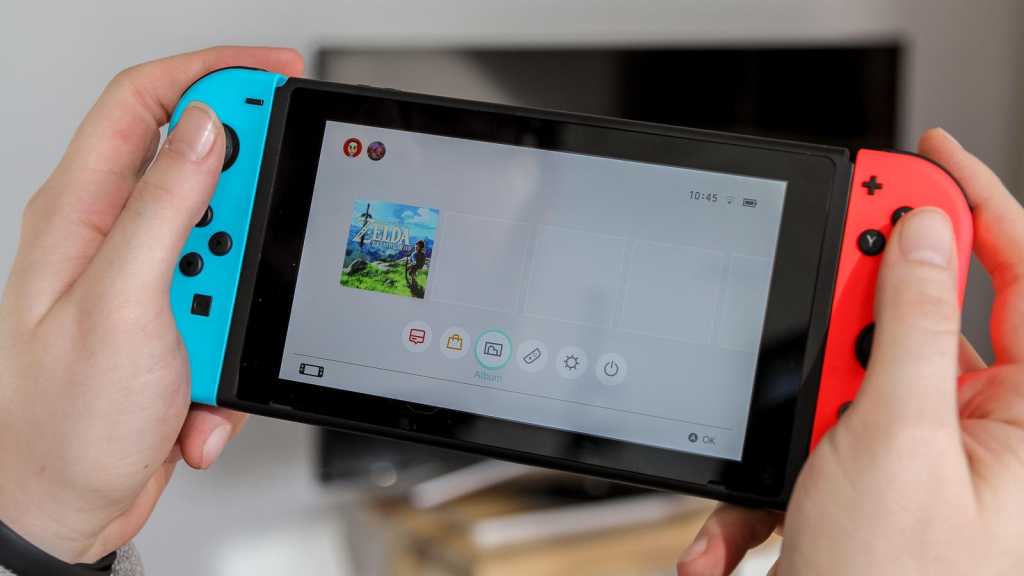 Jailbreaking your Nintendo Switch isn’t for the light-hearted, but it does let you do a lot more with your Switch, from installing loads of additional games (including plenty of retro titles) to running unofficial apps that add new functionality.

Of course, it’s not without risks – you could turn your Switch into an expensive paperweight, and void your warranty along the way. If you’re feeling brave, here’s how to jailbreak your Switch, and our advice on how to minimise the risks to your console.

Why would I want to jailbreak my Switch?

If you’re new to the jailbreaking scene and are unsure as to what it does, let us clarify; in general, jailbreaking an operating system provides access in a way that was never intended by the creators of the operating system. This provides an easy way for fans to create and download custom apps and games for devices that wouldn’t usually be available.

In the case of the Nintendo Switch, jailbreaking allows you to install unofficial Switch apps and games. While the selection available at the time of writing isn’t extensive, it’s still relatively early days and does provide those that want to take the plunge with the opportunity to play retro games unofficially on the console. If you’re just on the market for cool new games to play, take a look at the best Nintendo Switch games right now.

It’s not without its risks though; carry on reading to find out what could go wrong when jailbreaking your Nintendo Switch.

What are the risks of jailbreaking my Switch?

Jailbreaking your Nintendo Switch will void the warranty, though we’re not currently sure if there’s a way for Nintendo to tell if the console is jailbroken apart from by inspecting it physically.

Due to the issues mentioned above, we wouldn’t recommend jailbreaking your primary Nintendo Switch console. If anything, pick up a dedicated Homebrew Switch console that you can play around with, without the fear of bricking your only console. Take a look at our selection of the best Nintendo Switch deals to pick one up for cheap!

There’s also some confusion as to whether you can un-jailbreak your Nintendo Switch console if you need to send it in for repairs at a later date. While logic suggests that updating the Nintendo Switch to the latest version of the Switch software will remove the jailbreak, we can’t confirm that at this time.

If you still want to jailbreak your Nintendo Switch, keep reading to find out exactly how to do it.

How do I jailbreak my Nintendo Switch?

There are a few ways to jailbreak your Nintendo Switch, but the easiest and most popular option for users is to use the Homebrew Launcher. The Homebrew Launcher was revealed by a group of hackers at the Chaos Communication Congress in Germany in December 2017, and was made public months later.

It’s arguably the easiest way to ‘jailbreak’ your Nintendo Switch, as it doesn’t require the use of a PC or Mac to tweak the operating system. In fact, all you need is a laptop, a microSD card and your Nintendo Switch! There’s a catch though; the Homebrew Launcher is only compatible with Switch software 3.0.0, with no plans to support older or more recent updates.

If your Switch is running software below 3.0.0, you can still upgrade to 3.0.0 by using a physical copy of the game Pokken Tournament DX with the cartridge identification number 000. Some versions are numbered 001 or 002, and will update your Switch’s software to 3.0.1. If you somehow manage to install a newer version of the Switch firmware, the bad news is that it’s not currently possible to roll back to a previous version.

If your Nintendo Switch is running firmware 3.0.0, then follow the below instructions to jailbreak your device.

If you see ‘2000-1337’ on your screen, the installation has been successful. You can then head to the Home menu and click the Album icon to browse your homebrew apps and games.

There is another method of jailbreaking the Switch running any software between 1.0.0 and 4.1.0, but it won’t work with consoles purchased from July 2018 onwards. It’s also riskier than the above method as you’ll have to short out pins on the right JoyCon as part of the process. If the risk doesn’t bother you, you can find out how to do it right here, but know that Tech Advisor isn’t liable for any damage to your console.

How do I install Homebrew games and apps?

You might notice that, at first glance, there isn’t much to do on a newly jailbroken Nintendo Switch. And while it doesn’t quite have the vast offering of jailbreak apps and games like those available for iOS, there are a few homebrew apps and games currently available for download.

You can browse a collection of supported Homebrew apps for your Nintendo Switch on the Switchbrew website, and it’s fairly easy to install them too. Simply download the necessary app/game files, transfer to the microSD card in the switch/ directory and pop it back into your Switch. It’s that simple!

If your console becomes unresponsive at any point when using Homebrew games and apps, be sure to check out how to force restart the Nintendo Switch.