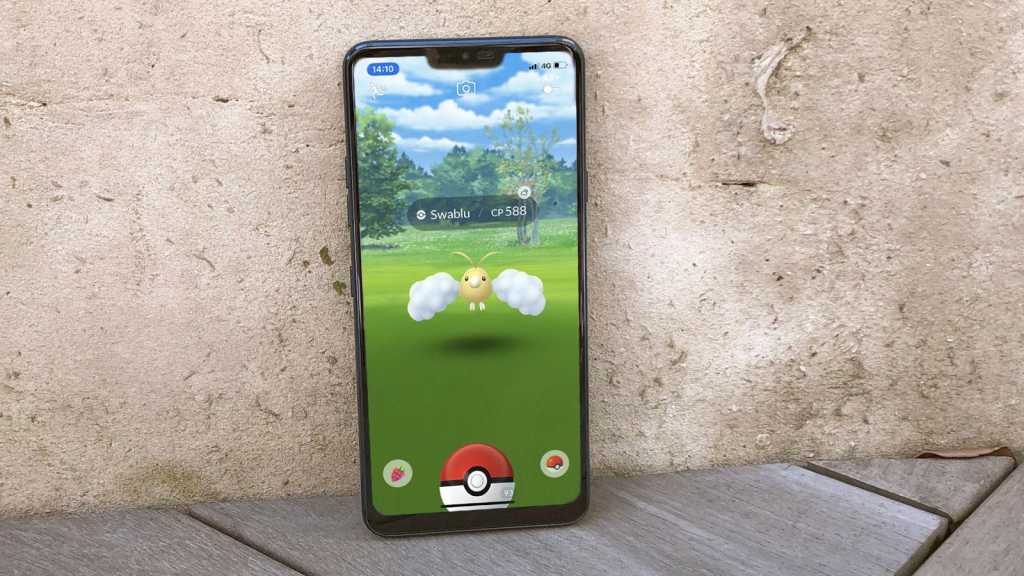 It is possible to cheat in Pokémon Go, but some cheating can get you banned. In fact, the game’s developer – Niantic – is really cracking down on cheating.

Currently there are no ‘maps’ which display the location and stats of all Pokémon, and there has been little to no progress from the hackers which had previously managed to reverse engineer the game’s API very quickly.

Plus, the in-game Pokémon tracker has been improved and prioritises Pokémon you haven’t yet caught and added to the Pokédex. This has made it much, much easier to catch regional Pokémon when you’re travelling, so maps aren’t quite as essential now.

The tracker can still be improved, though, and it’s still an issue for rural players in particular.

The first thing any Pokémon Go player will say as a quick-fire response if you mention cheating is spoofing. This is the act of faking your location so the game thinks you’re somewhere other than where you really are.

Being able to falsify your GPS position means you can use a joystick to move around the map, catching Pokémon, hatching eggs and battling in gyms without leaving your comfy chair.

This defeats the ethos of the game, which is abundant exploration and community, and Niantic has steadily put measures in place to stop people from doing this. Punishment for being caught breaking the game’s Terms of Service has recently been defined by a new three-strike policy.

We’re including it here because we recommend you read it and understand the consequences before using any of the cheats described here.

We also want to point out that we do not condone cheating by spoofing, botting or abusing the game’s APIs in any way. So you do so at your own risk.

Disciplinary actions: If this strike is issued, you will see a warning message within the Pokémon GO app informing you that we have detected cheating on your account.

In addition to this warning, your gameplay experience may be degraded in the following ways for the duration of the warning:

Duration: This strike will last for approximately 7 days. After this period, your gameplay experience will fully be restored.

Disciplinary actions: If your account is issued a second strike, you will temporarily lose access to your Pokémon GO account. When attempting to log into the game, you’ll be presented with a message stating that your account is suspended. You will not be able to bypass this message.

Duration: This strike will last for approximately 30 days. After that period, your account access will be restored.

Disciplinary actions: If you receive the first and second strikes and continue to cheat, your account will be permanently banned.

Some cheaters have reported that illegitimately obtained Pokémon have been marked with a red line, and found that they cannot be used to battle or trade, making them of limited use. So cheating doesn’t necessarily pay.

Here are some other kinds of cheats which are against the ToS:

This is like spoofing, but automatic. The bot accounts travel around the map hoovering up Pokémon or merely detecting which Pokémon are around to provide that information to ‘legitimate‘ players who want a more sophisticated scanner / tracker than the game provides.

It’s understandable why many players want a map of all local Pokémon because even if there’s a Dragonite two streets from you, it will only show Pokémon at nearby PokéStops. That’s an issue Niantic still needs to address.

There’s nothing to prevent you from creating multiple Pokémon Go accounts and playing them simultaneously. This can be used to cheat in various ways. One is to quickly take down gyms, and fill them up with your own Pokémon.

Another is to have accounts on all three teams. This allows you to kick Pokémon out of a ‘friendly’ gym so you can insert your own. Though, bear in mind there is a 10-minute cool-down period after attacking a gym before a new Pokémon can be added in.

Pokémon have three hidden values – IVs – and players often want to know the exact figures rather than guess from the course appraisal system in the game. As with bots, Niantic is checking the apps installed on your phone for any IV checkers which use the game’s API to automatically check these individual values.

You’ll know which these are as they’ll ask for your username and password, since they need to log in to do their work.

These are cheats which can save you time, help you catch more Pokémon or give you an extra few seconds in a Raid Battle. They’re unlikely to get your account suspended, but there’s no guarantee.

Sometimes, you’re in a hurry. We get it. Community Days are a prime example. You’ve got three hours in which to catch as many of the featured Pokémon as possible.

The long catch animation where the PokéBall wobbles takes far too long, but you can skip it. Here’s how. 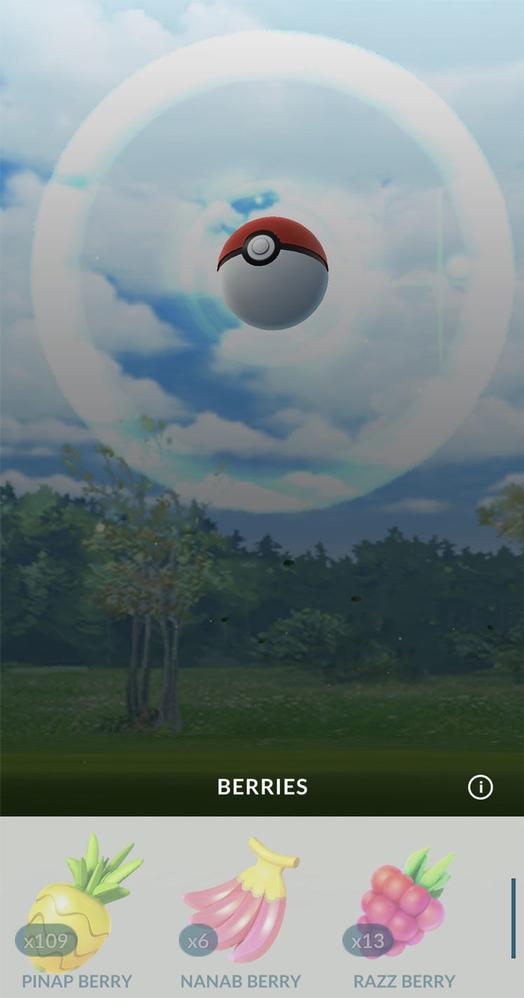 Tip: if you’re left-handed, hold and drag the berry menu instead of the balls menu.

Tip: Don’t use this technique if you’re walking or on the bus because, if you don’t successfully catch the first time, you may be too far from the Pokémon to tap on it and try again.

Get another free raid pass

When you’ve used up yesterday and today’s raid passes, you can get an extra one by changing the time zone on your phone.

This only works if you’re in Europe, the US or somewhere where you can change your time zone to a place the other side of the international date line.

For example, if you live in the UK, you can use your free pass(es) and then go to your time settings and change the zone to New Zealand or Australia.

Next time you spin a gym you’ll get tomorrow’s raid pass. It’s useful if you know you won’t be able to do a raid tomorrow, but it does, of course, mean you won’t then get a raid pass the next day.

Tip: if you forgot to collect yesterday’s pass you can use the same time zone ‘cheat’ to go back in time and grab it before changing the zone back to your current one.

Although we’ve already said that apps which abuse the game’s APIs can get you banned, there are apps which can determine IVs from a screenshot and the Pokémon’s appraisal.

You can try  Poke Genie for iOS and Calcy IV for Android.

Calcy IV is an overlay that works without screenshots, so is a faster tool for checking lots of Pokémon. 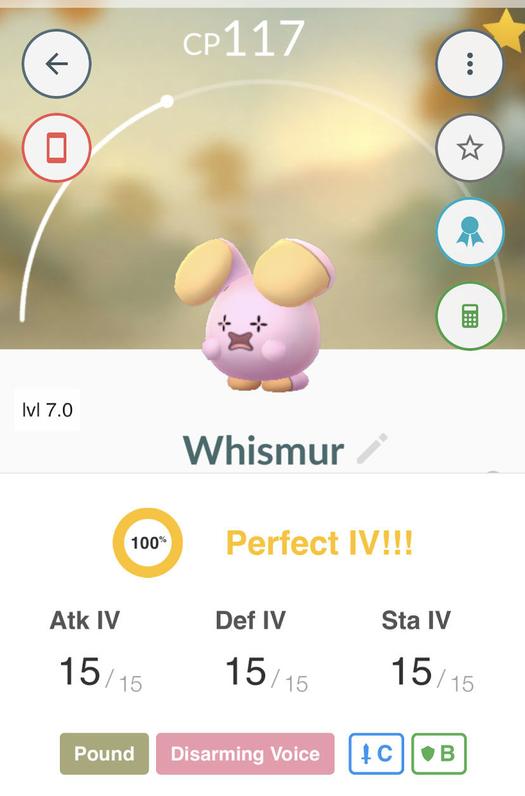 These apps can also tell you how much stardust and candy a Pokémon will take to power up, and Poke Genie can recommend which of your ‘mons to use to battle any given Raid Boss – and it works a lot better than the game’s in-built recommendation system.

You can earn a lot of XP if you store up a lot of Pidgeys, Rattatas, Marills and other Pokémon, put a Lucky Egg on and then evolve them one after another.

The problem is that the evolution animation takes ages. Some say that you can quit the app when the animation starts, launch the game again and the evolution should be complete so you can start evolving the next Pokémon.

Another way to cheat is to use multiple phones or tablets to evolve different Pokémon on the same account at the same time. However, this is certainly against the Terms of Service, so it’s a risk to use this method.

Use a Lucky Egg for more XP

This isn’t a cheat as such, but it is worth pointing out that now that the friends system has been implemented, you can get just as much XP by using a Lucky Egg when you become Ultra or Best Friends with someone as by cheating when evolving Pokémon.

When you level up your friendship with someone and become Ultra Friends you get 50,000 XP. That becomes 100,000 if you use a Lucky Egg. 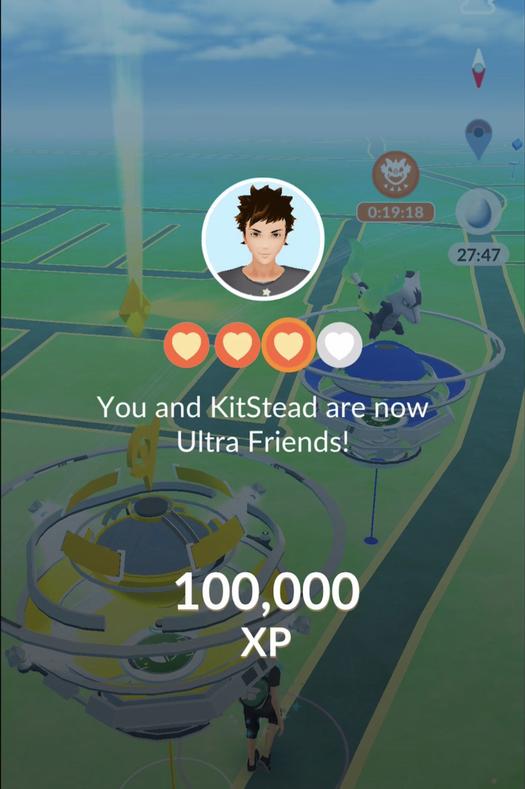 And if you can arrange it so that you become Ultra Friends with several Trainers at the same time, you can get hundreds of thousands of XP.

Be sure to keep an eye on the number of days remaining, and send them a message so you can control when you level up the friendship and so both parties have the opportunity to get double XP.

And remember that trading, raiding and battling will level up a friendship as well as opening gifts.

You can’t play Pokémon Go all the time, but if you want your walking, running, cycling and other movement to count for something, then buy a Pokémon Go Plus.

This Bluetooth gadget can record distance travelled and make it count towards egg hatching, so long as your speed is low enough – below 12km/h.

You press a button when it vibrates to try and catch Pokémon, but if you tape the button down, it will auto-catch without you having to touch it.

There’s a rival, unofficial, alternative called the Gotcha which auto-catches and auto-spins PokéStops, and tracks your distance moved so you can hatch eggs without your phone needing to be on.

One other trick that can beat the speed limits in the game is Incense. Combine this with a Pokémon Go Plus or Gotcha and you can catch Pokémon even if you’re travelling at speed.

Skip the animation when a Raid starts

This one’s similar to skipping the catch animation, but the process is quite different. Here’s how to save what could be the few extra seconds you need to beat a Raid Boss. 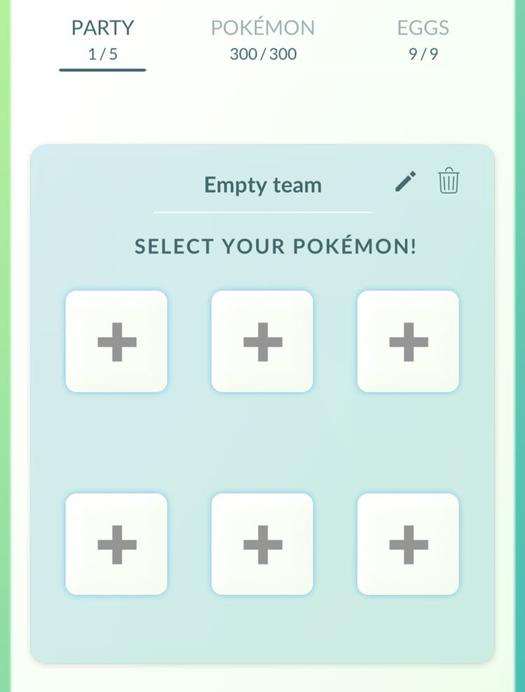 See Raids beyond the game’s scanner

Recently, the draw distance was increased which means you can now see Stops and Gyms that were previously invisible. But even this range is pretty limited.

The old way to cheat was using online maps which showed not just all the Pokémon but also the details of all Gyms, including which team currently controlled it, when a Raid egg would hatch and – when it hatched – which Raid Boss it was, how long was left on the timer and even which moveset it had.

Now, maps are all offline, so we recommend searching Facebook or Discord for local Pokémon Go groups. This way you can crowdsource information on when eggs are hatching and also coordinate where and when to meet for Raid Bosses which can’t be beaten by one person.

This isn’t cheating, of course. It’s what the game is all about: getting out in the real world, meeting like-minded people and enjoying the game. You never know, you might even make some friends.