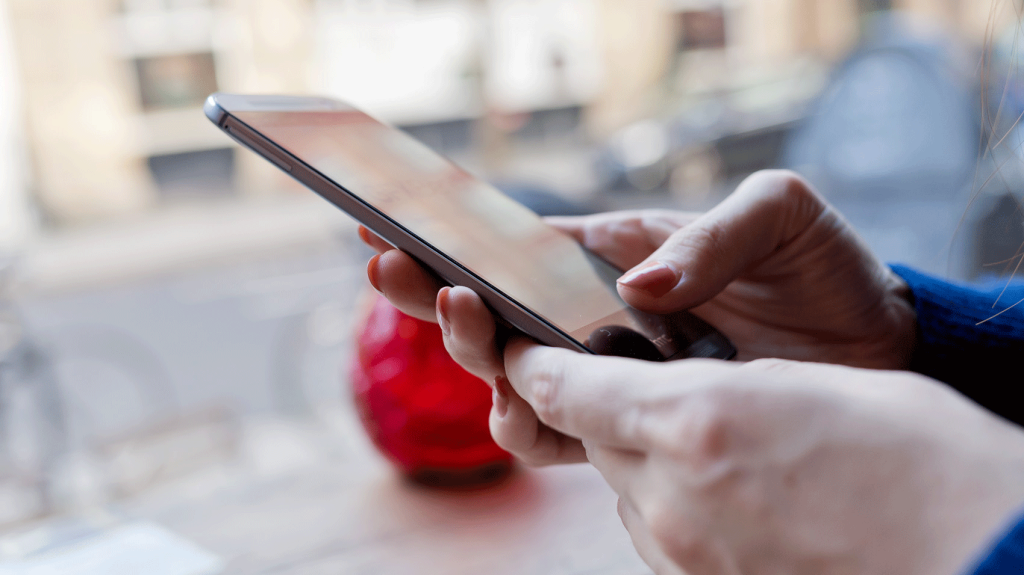 We’ve all been there. Sitting in a bar, restaurant, or your kitchen when a song plays on the radio and you just can’t remember what it’s called or who it’s by. Before you know it, the track ends, life moves on, and the mystery ear-worm will slowly begin to drive you mad.

Help is at hand though, as your smartphone, tablet, or PC can quickly name the elusive composition and save your sanity. We show you how to identify a song.

Using Siri on iOS and macOS

If you have your iPhone, iPad, or even Mac to hand then you’ll be able to find out details about the song that’s playing in the background. On your iOS device open Siri, either by saying ‘Hey, Siri’ or pressing and holding the Home button (iPhone X user need to press and hold the Side button).

When Siri appears simply ask it ‘What song is this?’

The digital assistant will listen to the tune, then tell you the title, artist, and give you a link to the the iTunes store where you can buy it. 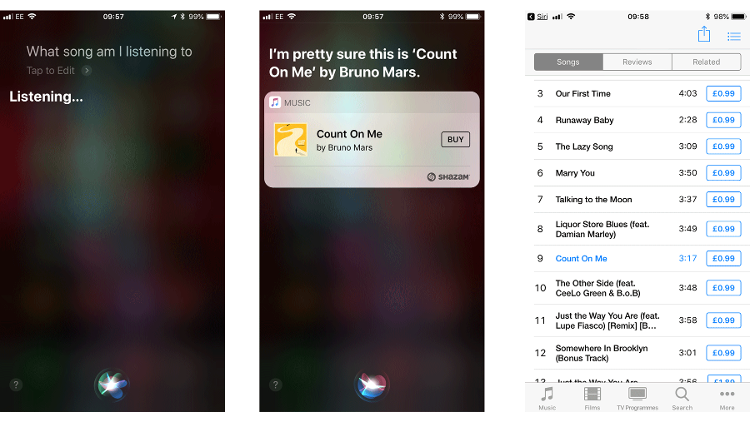 If you have a Mac running macOS Sierra or later, then you’ll be able to use Siri in the same manner. With the song still playing, go to the Dock and click on the Siri icon. When the window appears, ask ‘What song is this?’ and all will, hopefully, be revealed.

Much like Siri on iOS, Google has it’s own systems that can quickly identify music tracks. If you don’t already have it on your device, go to the Google Play Store and download Google Assistant.

Once it’s installed, launch the app and ask ‘What song am I listening to?’. After a short time of analysing the track, Google Assistant will provide the relevant details, and in many cases the lyrics plus links to various music services that offer the song. 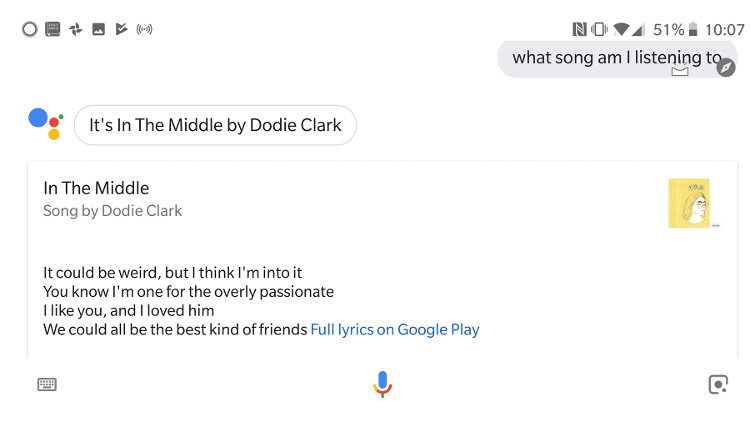 If you find that the built-in assistant fails to recognise the track, you can always turn to third-party apps that will do the job, including:

If you’re wondering why Cortana can’t recognise songs any more, you’re not going mad. Microsoft shut down its Groove Music streaming service in late 2017. Enquiring about a track currently playing now only brings you to a web search results page which includes the phrase you used, or returns a ‘Song not recognised’ message.

See our How to use Cortana on Windows 10 to find out what other useful features are still available.

Windows users are out of luck again due to the fact that Shazam, the early leader in the song identification arena, has also closed the shutters on its Windows and Windows Phone department, leaving the app defunct.

Those that already have Shazam installed on their devices, should find it continues to work, but the app is no longer available in the relevant stores as a new download. This leaves Windows users no easy way to identify songs, unless they reach for their Android or iOS device.

It seems the Village People were wrong after all: you can, in fact, stop the music.

If you’re looking to expand your album collection, at least temporarily, then also take a look at our Best music streaming services to see what’s currently on offer.