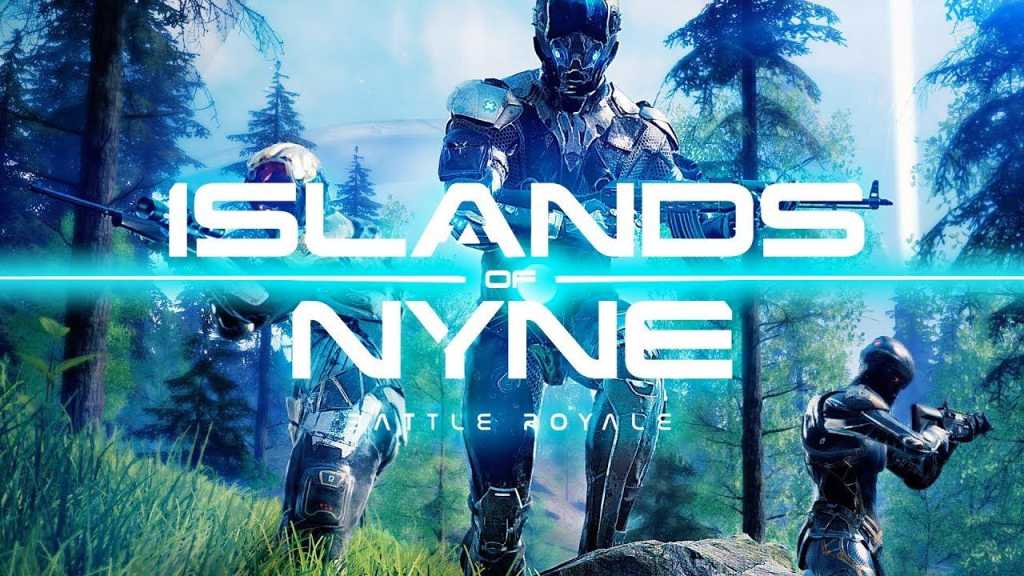 Islands of Nyne is a first person Battle Royale game developed by Define Human Studios for Windows PC. The game features many of the expected themes of a Battle Royale game while attempting to bring in faster paced, more lethal combat.

With Player Unknown’s Battlegrounds (PUBG) and Fornite currently being the two elephants in the room in the Battle Royale genre, Islands of Nyne is attempting to create a truly competitive and consistent multiplayer experience which is an niche that we haven’t quite seen filled yet.

While the game is currently purchasable on steam, it is in an early access state and so a lot of the gameplay and features are subject to change. 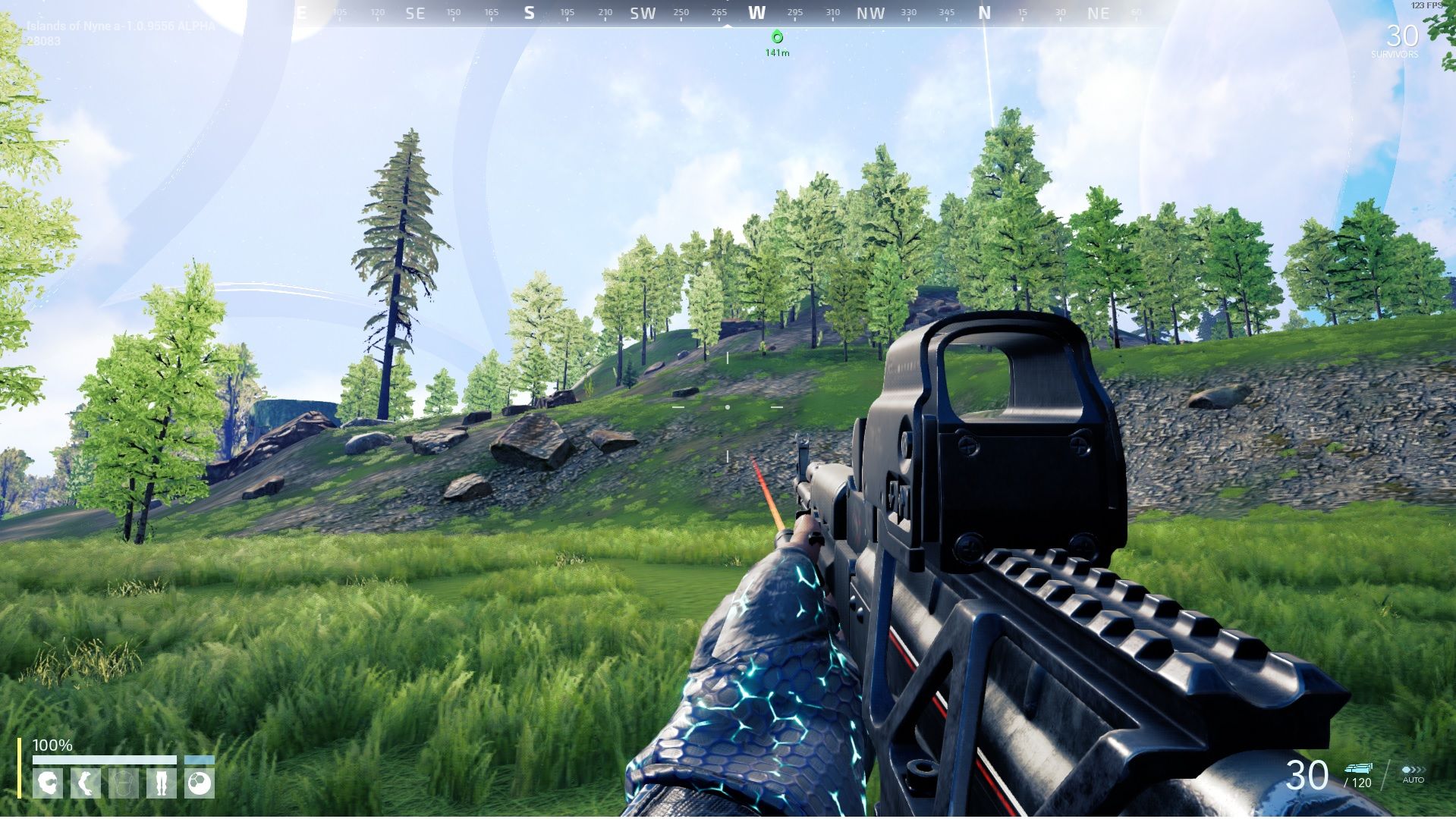 Releasing into early access on PC on July 12, Islands of Nyne features a single game mode where up to 50 players are dropped into a large open world map. The players will scavenge for weapons and armour and attempt to eliminate each other as the match progresses.

As a staple in the Battle Royale genre, the playable area on the map decreases in size as the game goes on, getting smaller and smaller and so forcing the remaining players closer to each other.

While the formula for this game is largely similar to that of Fortnite or PUBG, in that it’s a Battle Royale game with a multitude of different armour and weapons to pick up and fight with, the game really sets itself aside with it’s moment to moment gameplay where it brings something different to the table.

Before each game starts the players will be entered into a lobby to wait, where a death match style simulator is played out, so players can warm up and battle each other while they wait for the game to fill up.

While a price tag can put certain people off trying the game, the benefit of having a price tag means that there will be less people willing to cheat or hack the game. In comparison, this is a problem that the Realm Royale faces with it’s free to play business model. 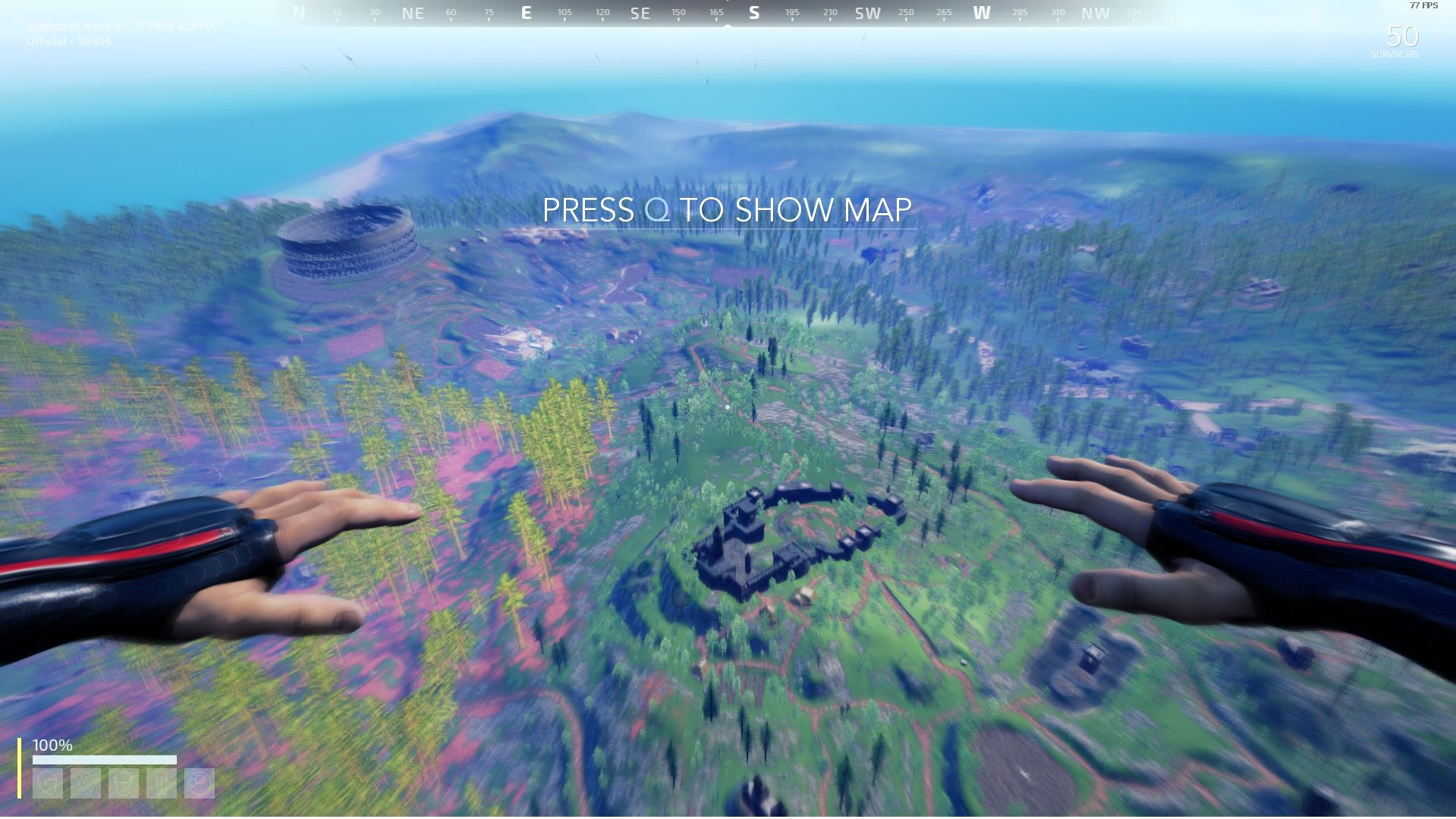 The main difference in gameplay between Islands of Nyne and it’s competitors is it’s moment to moment gameplay.

PUBG retains it’s slow placed military simulation style of gameplay where caution, tactics and patience are often the deciding factor. Fornite has a much more arcade-based style with the signature building mechanic and inventive weapons and mechanics, but for all of this is no less skill based than it’s more serious counterpart.

Islands of Nyne’s gameplay sits somewhere between Counter Strike, Halo and Call of Duty. The gameplay is more fast paced than PUBG while being more precice and deadly than Fortnite.

The guns are easy to handle at almost any range with all of them behaving relatively well in terms of their consistency and accuracy, reminding me of the gunplay of Call of Duty to some extent. This fact combined with their damage being very high means player time-to-kill is very low. 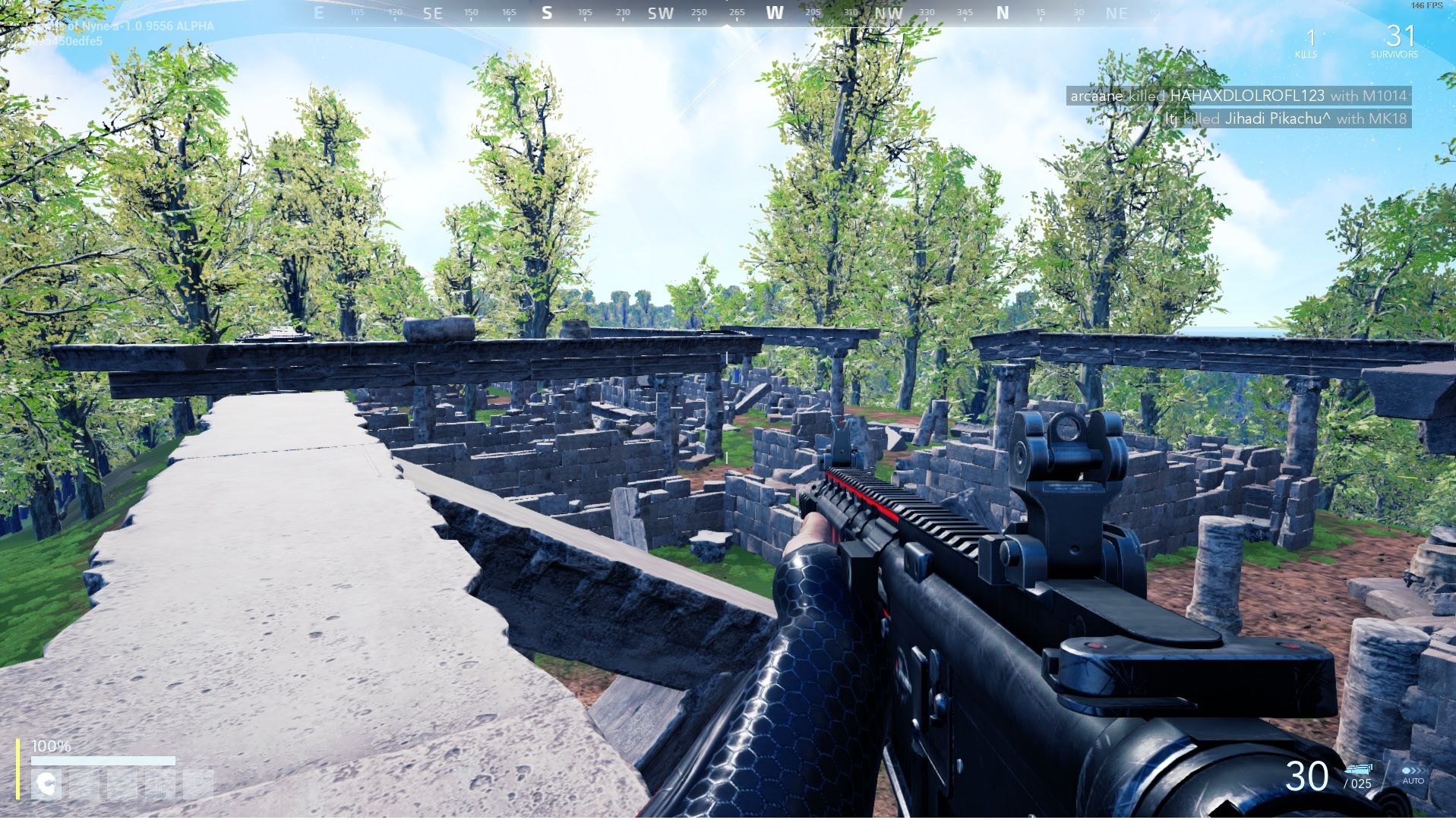 The pace of movement in the game is also very fast, reminding me a lot of Halo with the slight weightlessness to jumps. This doesn’t make the game any less precise though, as this fast paced movement coupled with consistent shooting mechanics keeps the skill ceiling very high.

This fact is helped along by the studio’s commitment to have the most consistent and stable server performance possible, something that has been plaguing PUBG since it’s release late last year. The hit registration in PUBG leaves a lot to be desired, and the server and client performance were sub-par for a long time, to say the least.

Islands of Nyne doesn’t suffer from these problems and while the performance wasn’t exactly fantastic, turning all the settings down to low allows 50+ FPS consistently for most mid-tier systems.

Should I buy Islands of Nyne?

Islands of Nyne is certainly trying to bring something different to the genre, the question is if that unique aspect is enough to gain the popularity of PUBG and Fortnite.

The fast paced, long range lethality of weapons and fast movement doesn’t seem to lend itself to a Battle Royale game. If an enemy player gets the drop on you, your chances of fighting back are extremely limited if their aim is passable. If you get unlucky you can die several times without having the chance to know where your opponent is firing from, let alone attempt to fight back.

The performance of the game is still impressive considering it’s early access state and if you’re interested in a Battle Royale that has a much faster and more lethal pace of combat then this could be for you.

However, I’d imagine the majority of people would prefer the slower more methodical pace of PUBG or the slightly more pick-up-and-play nature of Fornite.