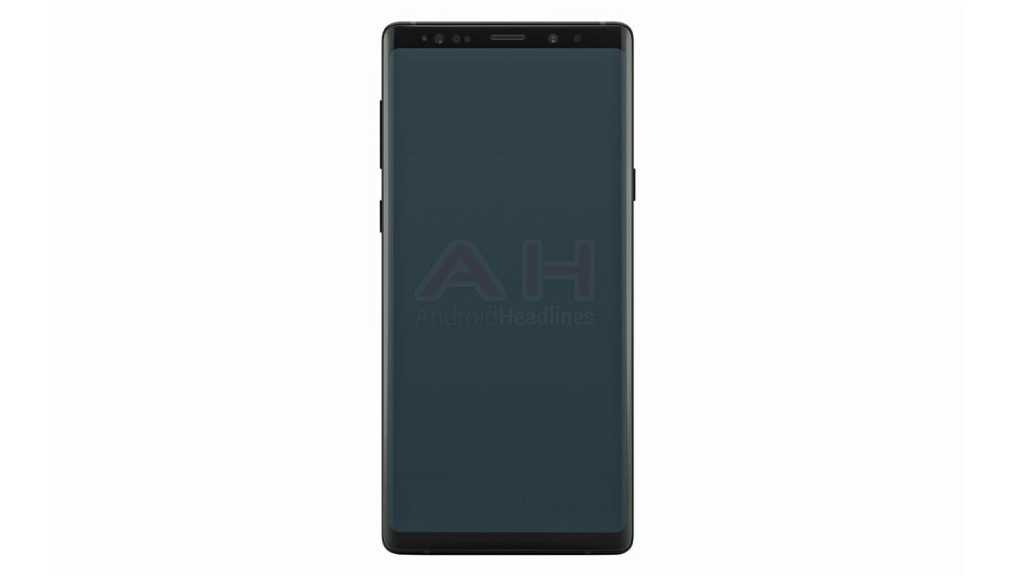 Last week we posted some renders of the upcoming Note 9 that revealed its colour options, but this is the first official render to grace our desks. (We’ve also now seen the first video of Note 9.)

We’re not expecting any major design changes until the Galaxy S10 lands in February 2019, which should see a bezel-less Infinity Display and up to five cameras.

Visible from the image is what appears to be the same 6.3in 18.5:9 Infinity Display that we saw in its predecessor, though it’s tipped to atually measure 6.4in, along with dediated Bixby, power and volume buttons.

It’s not possible to discern from the image, but the size of the chassis is expected to get fractionally thicker and wider to incorporate a higher-capacity battery and larger screen. The phone is also slightly shorter thanks to thinner top- and bottom bezels.

Another thing you can’t see in the image is a fingerprint scanner, but sadly that’s not because it’s in the display – it’s on the back of the phone, in a new position below the dual-camera rather than to its side.

Read all about what we expect from the upcoming Note 9.

Also see: What colours will Note 9 come in?