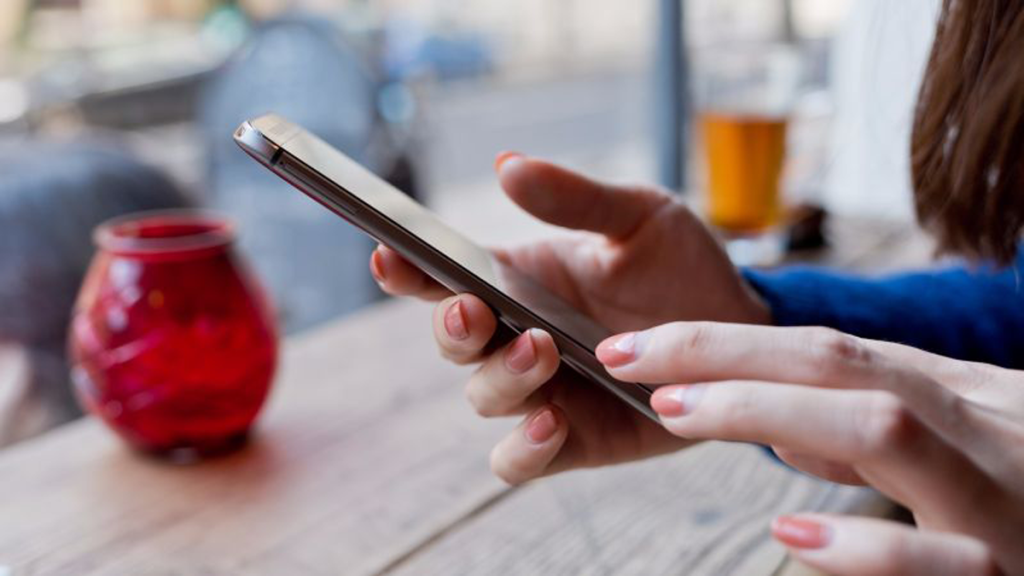 With many people preferring messaging instead of talking these days, it’s important to consider how secure the services you use really are.

It’s vital that financial information or account details you might share with a partner over a message doesn’t end up in the wrong hands, plus you’ll want to know that your conversations will remain private rather than being watched and read by companies that want to sell you ads or worse. To guard against this its best to use a secure messaging app, and here are five of the best, with the bonus that they are all free to use. 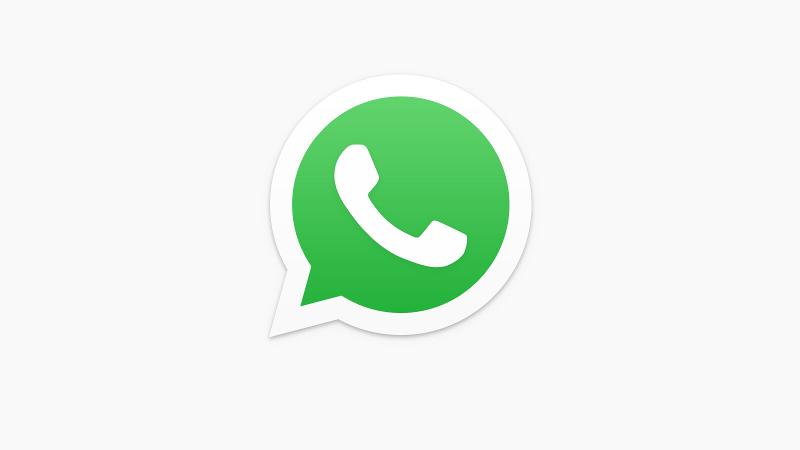 There’s no point in trying to reinvent the wheel. The majority of people you know are probably already on WhatsApp, which is one of the first major requirements of a messaging service.

The service uses end-to-end encryption, which means only yourself and the recipient of your message can read it. Even WhatsApp can’t access the content of your exchanges, so there’s no chance of Facebook – its parent company – harvesting your thoughts and then selling them to ad companies.

There were concerns recently, when the service announced updates to its Terms & Conditions, seemingly forcing users to agree to share data or have their accounts suspended. But, this was really a case of poor communication from WhatsApp: the reality is that very little is actually changing. If you’re worried about this, then be sure to read about the new WhatsApp Ts & Cs for a more detailed explanation.

It is worth knowing that the metadata associated with your account isn’t encrypted: your profile photo, status, phone number, name and other details which aren’t part of the messages themselves can be seen by WhatsApp, Facebook and – potentially – others. Other users can report messages you’ve sent in individual chats or group chats, which means WhatsApp’s moderators can see the message(s) in question.

Also remember there’s nothing to stop a recipient forwarding messages you’ve sent them to others without your knowledge, or taking screenshots or photos of messages and sharing them via other means.

That doesn’t alter the fact that messages are end-to-end encrypted, and WhatsApp remains one of the most popular apps in the UK and other parts of the world. It may not have every feature its rivals do (you can only use it on one phone, for example) but it can be used to make video and voice calls as well as sending text messages and photos.

WhatsApp is free and available for iOS, Android, or via a browser on Windows, macOS, Linux, or Chromebooks.

If you want to use it on a laptop or PC, here’s How to use WhatsApp Web. 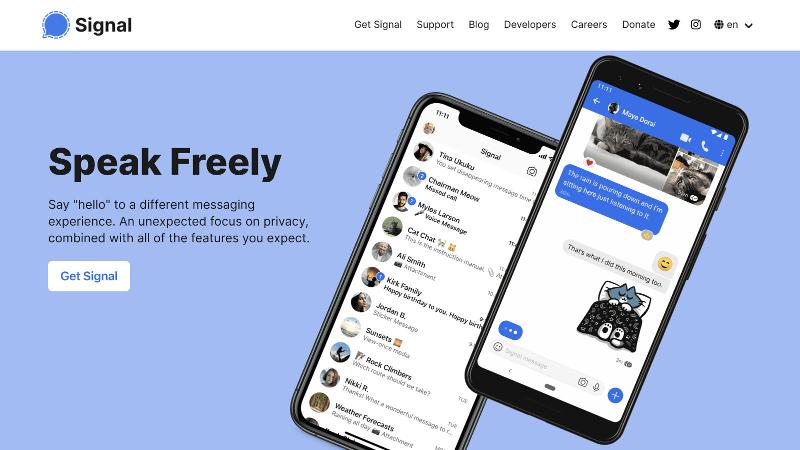 If you want to keep away from the corporate giant that is Facebook, then Signal is a perfect alternative to WhatsApp. This open-source service offers the same end-to-end encryption, which provides the ability to send messages, stickers, GIFs, voice messages, videos, have a secure group chat, and make both free voice and video calls, all in a highly secure manner. Plus, metadata is also encrypted, which means it offers slightly better privacy than WhatsApp.

Because it’s open-source, the code is public and thus can be checked by security experts to ensure that no sneaky loopholes are in there.

Group chat is encrypted as well, but Signal has no way of knowing who makes up the membership of the group, and the service has a zero-knowledge policy so none of your data is ever seen by the company. Unlike WhatsApp, Signal says it can’t moderate how people use its app because it doesn’t collect any user data.

For increased security you can even set messages to automatically delete after a specified period of time.

Signal has won praise from many security professionals, with the highest-profile advocate being Edward Snowden.

Signal is free and available on iOS, Android, Windows, macOS, and Linux. 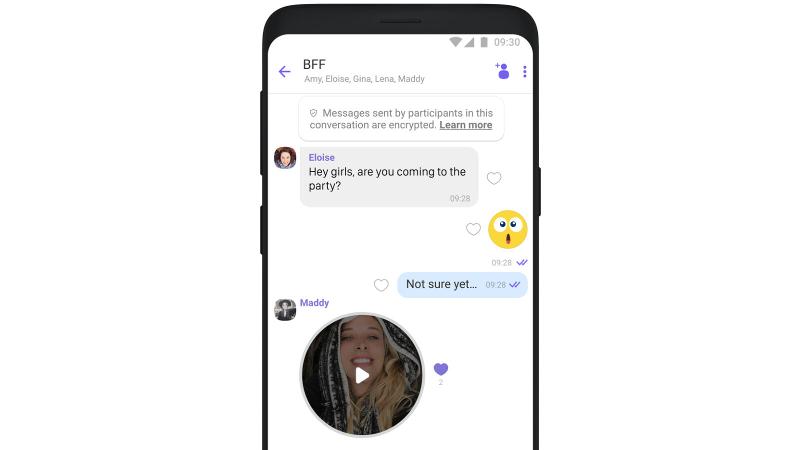 Another popular messaging app is Viber. At the time of writing, it had over 900 million users worldwide and is owned by the Japanese giant Rakuten.

The purple liveried app has all the features you’d expect of a modern communication platform, with text, GIF, picture, voice, and video messaging all present and wrapped in end-to-end encryption.

There’s a sense of fun with Viber, thanks to its wide selection of cartoon stickers and the ability to create your own. You can also record short video recordings to share with friends, plus group chats and video calls are also part of the service.

Viber has elements of social media too, as you can create (or join) communities of people that are interested in certain subjects.

One handy feature is that you can remotely delete messages sent in error or set timers for messages to auto-delete after a specified period.

The app never has access to your data or the content of your conversations, and only holds information about messages long enough to deliver them, after which they are promptly deleted from the Viber servers.

Again, it’s a free service which is available on iOS, Android, Windows, macOS, and Linux. 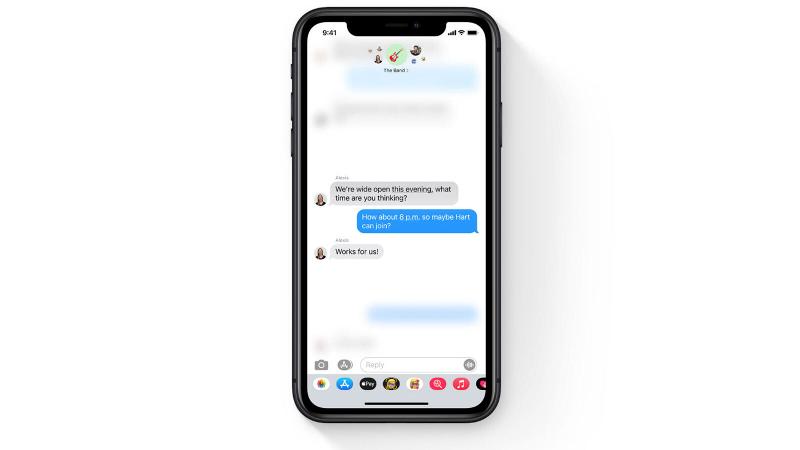 Apple talks a lot about privacy and iMessage – the default messaging app on iPhones and iPads – has end-to-end encryption by default.

The main problem with it is that it’s not available for any other platform, so while iPhone, iPad and Mac owners can message each other, those on Android and Windows (yes, and Linux) are locked out. And that means most iPhone owners have to install WhatsApp or another messaging app anyway.

But other than the issue of being restricted to the Appleverse, iMessage is an excellent way to securely chat with friends and groups of people. Thanks to Apple’s Memoji you can record messages using your device’s microphone and the character – which you create to look like you – animates automatically. Plus, you can send Memoji of common emoji.

In iOS 14, Apple added the ability to pin up to nine conversations at the top of the app as well as notifications for when your name is mentioned in group chats. 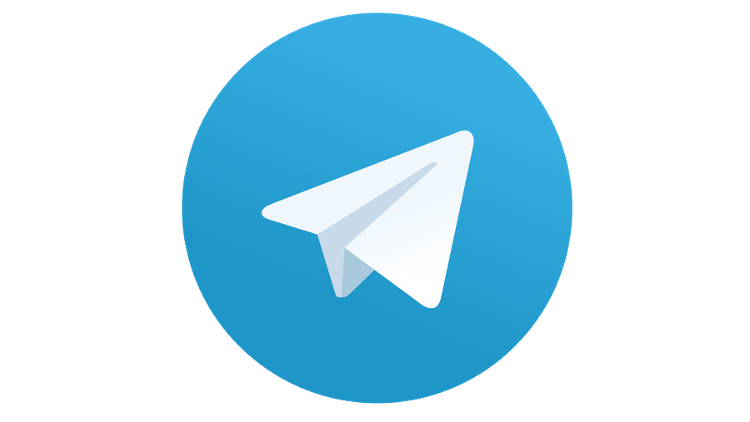 Telegram is a slightly different messaging service to WhatsApp and Signal. Your conversations are synced across all of your devices via the cloud and you can store various items on the cloud servers too. Telegram also lets you share big files with friends, up to 2GB each, for free, and it recently added group video calls and animated backgrounds.

The security conscious among you will know that for cloud syncing to work, you can’t have end-to-end encryption, so Telegram isn’t (by default) as secure as WhatsApp, Signal and others. This is the classic battle of security and convenience.

Thankfully, there is an additional feature called Secret Chats that employs device-to-device, or end-to-end, encryption so that Telegram never has access to the contents of your conversation. These messages can be set to self-delete after a specified time, and Secret Chats leave no trace of themselves on the Telegram servers once they expire.

You can make payments to friends from within Telegram, via third-party payments services, but at the time of writing these didn’t include PayPal, Google Pay, Apple Pay or Samsung Pay, so it’s not ideal for most of us in the West.

Apps are available for iOS, Android, Windows, macOS, and Linux. 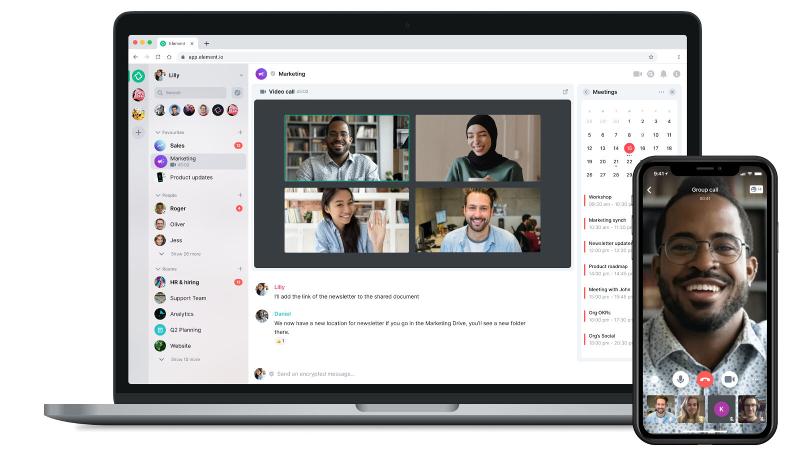 One of the newest secure messaging services is Element, which has a different approach to many of its rivals. The main thrust is that you retain ownership of your data, being able to even choose which server hosts everything.

On the standard free version, it acts like other messaging apps with chats, video calls and groups all benefiting from end-to-end encryption plus cross-signed device verification. Things get a little more interesting (and complex) when you move to one of the several paid tiers.

Element works on Matrix, which is a decentralised network protocol that allows anyone to host their own servers while still being able to communicate with each other. This gives the service a lot of freedom to keep your data out of the clutches of Facebook and the like, making it a great choice for those who want to retain their digital independence.

Element Home is a service aimed at families, friends or small teams, with the $10/£7.25 per month subscription allowing up to five users who will benefit from a dedicated server which Element will manage, faster performance over the free tier, and the choice to create bespoke domain and Matrix user IDs.

It’s like having your own private version of WhatsApp.

Should you require more capacity then there are tiers that cater for up to 25, 100 or 1000+, which also feature more tools, such as custom DNS, your own branding, choice of server location, and there’s even the ability to plug-into existing communication and collaboration apps like Slack, Microsoft Teams, Discord, Telegram and others.

Element is probably the most customisable messaging app available, and while the majority of its most impressive features will be beyond the average user that wants to chat with their friends, for small teams and tech ethusiasts it could prove an excellent solution. 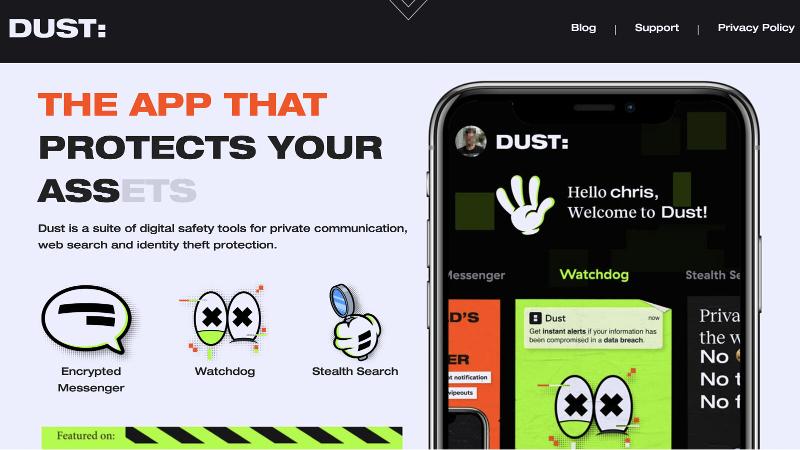 Finally, there’s Dust, which has a rather useful feature in that it allows you not only to delete one of your messages off of your phone, but also on the recipient device, even if it’s been read. That’s very handy if you accidentally send the wrong person a sensitive piece of information or decide after a while that you don’t want them to have a message any longer.

Employing end-to-end encryption, Dust is safe way to exchange text messages with friends and family, knowing that not even the company itself can read them.

Messages can be set to erase themselves once read, or after a pre-determined time period. There’s also another interesting idea in that names aren’t displayed in one-to-one chats, so anyone hoping to take a screenshot with incriminating evidence won’t be able to prove the sender was you. Dust also notifies you if it detects the recipient taking a screenshot.

There’s no voice or video chat at the moment, but for the written word Dust is a fine choice.

The app is free and available now for iOS and Android devices.

Of course, another way to protect yourself from spying eyes is to use a VPN.