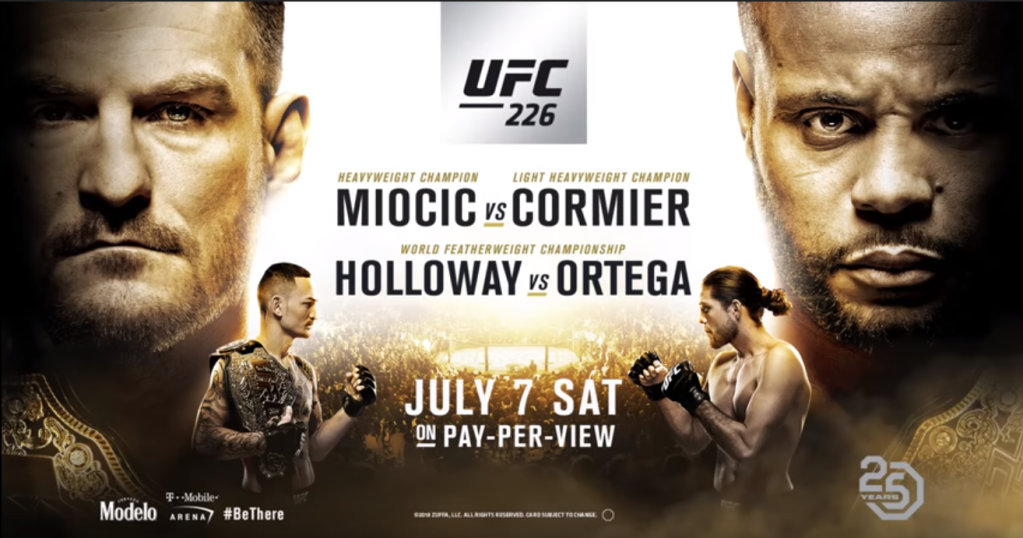 The UFC will make its return to Las Vegas this weekend for a packed card, headed up by the main event of Stipe Miocic vs Daniel “DC” Cormier for the heavyweight title.

The title fight at this event can truly be called a super fight, as the heavyweight and light-heavyweight champions go head to head in the octagon. The two fighters are also two of the most liked and respected men in the sport, so it’s a contest that fans want to see both men win and neither lose.

The card also features a Featherweight title fight between Max Holloway and Brian Ortega, which also promises to be an outstanding fight.

UFC 226 will start on Saturday 7 July, with the time difference making it Sunday 8 July in the UK.

If you’re in the UK you can catch all the action on BT Sport 2.

If you’re not in the UK, you can make use of a VPN to get access to BT Sport with packages available here.

If you’re in the market for a VPN, we recommend Nord VPN as our personal favourite, but if you would like more options you can check out our best VPN services of 2018 here.

You can also use a VPN to get a discount on UFC services, by setting yourself to enter their website through another country. Try using a south american or south asian country for the best prices.