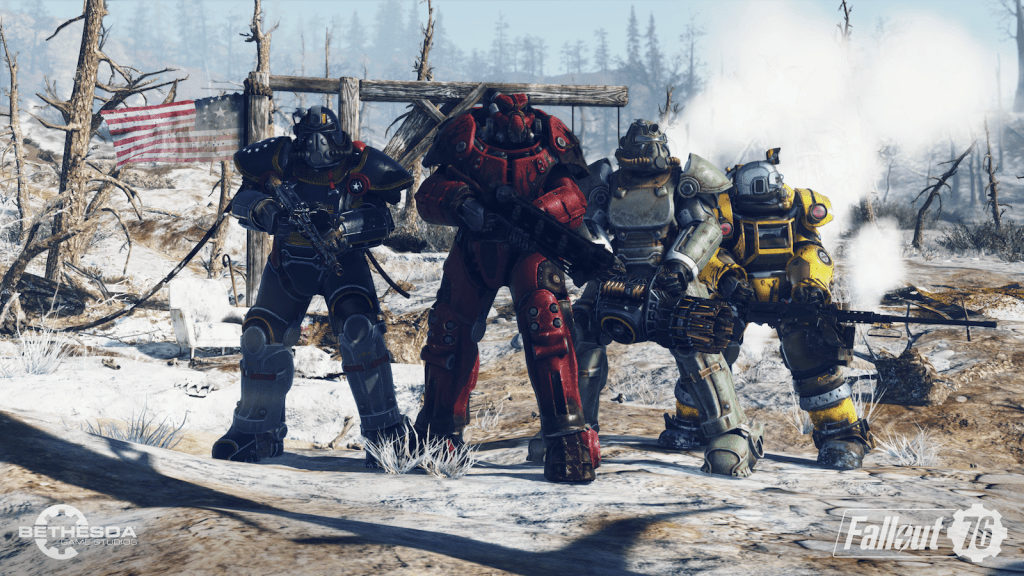 Update: Bethesda has since confirmed that the Fallout 76 beta will begin in October. Everyone who pre-orders the game from a participating retailer will be able to take part, but beta invites will be rolled out gradually – still to Xbox One players first.

Fallout 76 was one of the most talked-about games of E3 2018, providing a post-apocalyptic open world to explore and survive in. It’s out later this year on consoles and PC, but for those that can’t wait that long to drop the nuke, Bethesda has announced that Fallout 76 will get a pre-release beta – but there’s a catch.

The Fallout 76 beta will feature a period of exclusivity for Xbox One players, before being joined by PS4 and PC users via Bethesda.net.

What is currently unclear is how long the period of exclusivity will be, and when the beta will take place. But while there’s some mystery surrounding the beta, the publisher has confirmed one thing: you’ll need to pre-order the game on PS4, Xbox One or PC to get access to the closed beta.

Fallout 76 is due for release on 14 November 2018 and follows the story of the first vault-dwellers to leave the safety of Vault 76 following a nuclear apocalypse. While it’s technically a survival game, the good news is that you won’t lose your character or items when you die. Take a look at our Fallout 76 hub for more information on everything from the release date to pre-orders and the latest gameplay details.