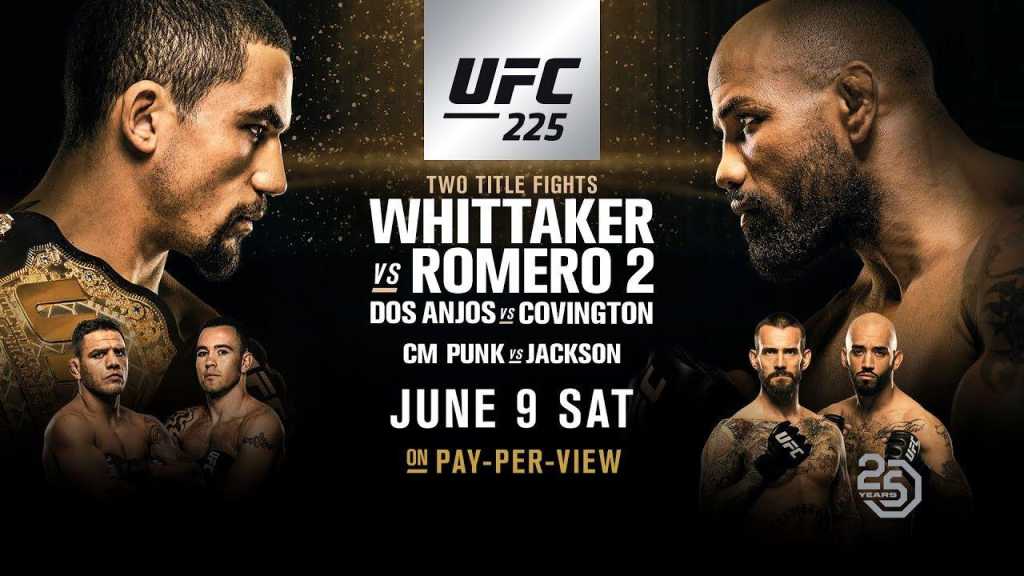 The UFC returns to us this weekend with a packed card featuring the Middleweight title fight between Robert Whittaker and Yoel Romero.

This is the second time the pair has fought and promises to be an incredibly intense contest as the well-rounded Whittaker takes on the wrestling-heavy style of Romero (although Yoel is absolutely no slouch on his feet either).

What time is UFC 225: Whittaker vs Romero?

How can I watch UFC 225: Whittaker vs Romero?

The preliminary fights and main card will be shown live on BT Sport 2.

If you don’t have BT Sport, you can watch the fights on the UFC Fight Pass service.

You can make use of a VPN service to access BT Sport from outside of the UK, as well as to get a discount when purchasing UFC Fight Pass (route yourself through a country in South America).

We recommend Nord VPN, as it’s our current service of choice. If you’d like more options, you can have a look at our best VPN services of 2018 here.

An interim welterweight title will be on the line as RDA stacks up against the smack-talking force of nature that is Colby Covington in what will be an explosive encounter.

We also have a more curious match-up in CM Punk vs Mike Jackson, which can only be described as interesting, as two armature fighters content on the biggest stage in mixed martial arts.

Both of these fights can be seen on BT Sport 2, and on UFC’s Fight Pass.