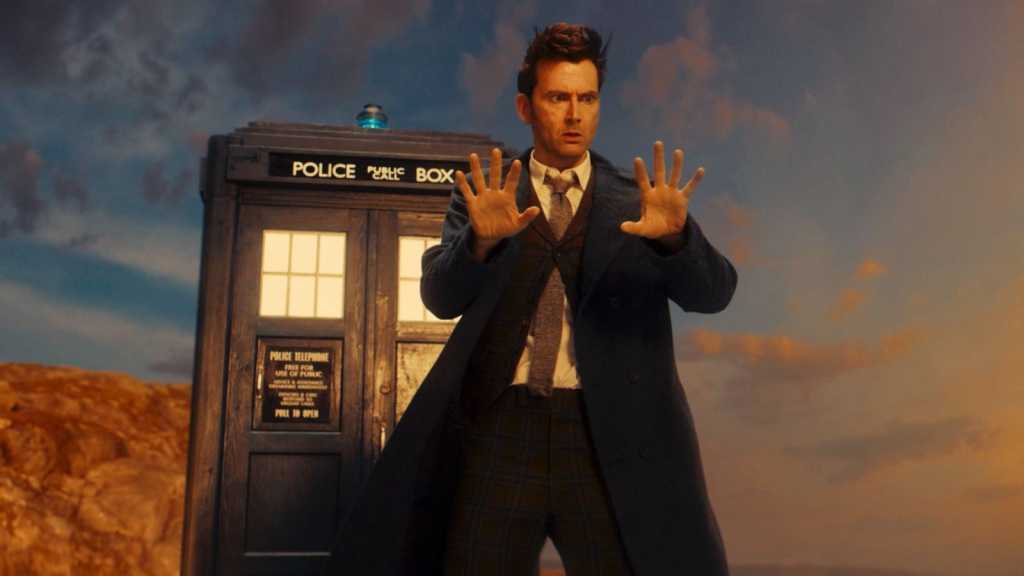 Jodie Whittaker’s time as The Doctor has officially come to a close. Now, the baton has passed on to the fourteenth Doctor, who will be played by none other than fan favourite, David Tennant.

With Ncuti Gatwa also lined up to get the keys to the Tardis, many are wondering how this familiar face has returned. We have scoured the internet to find some clues about what is going on.

If you want to know more about when Doctor Who is returning – and what it will be about – then keep on reading.

When will the Doctor Who 60th Anniversary Specials air?

The BBC has confirmed that Doctor Who will be back for three Specials with David Tennant in November 2023, with exact dates to be confirmed. Typically, Doctor Who airs on Sundays.

After that, the show will return for a Special in December 2023, with Ncuti Gatwa officially taking over as the next Doctor and priming himself for his next full series (series 14). Filming kicked off for this in December 2022.

Davies has confirmed that this will be a Christmas episode – a tradition that was let go when Jodie took over. There will also be another Christmas Special in 2024.

The first teaser trailer for David Tennant as the Doctor aired after The Power of the Doctor, and it shows another fan favourite returning…

Who is in the cast for the next Doctor Who Specials?

With Jodie Whittaker and former showrunner Chris Chibnall now gone, all eyes are turning to their successors.

David Tennant is officially the 14th Doctor, and he will be joined by Catherine Tate as Donna Noble.

Also joining the Specials will be Yasmin Finney as Rose, who is suspected to be Donna’s daughter. Fans also spotted Bernard Cribbins as Wilfred Mott (Donna’s grandfather) on set – Bernard has sadly passed away since then.

The Doctor and Donna will be facing off against Neil Patrick Harris. We don’t know who he will be playing, but he has been described as the “greatest enemy ever faced”. Fans online are speculating that he could be the Celestial Toymaker, or another regeneration of the Master.

Further rumours indicate that in the Anniversary Specials we could see other past faces, including Matt Smith, Peter Capaldi and even Chris Eccleston. However, none of this is confirmed by the BBC.

Russell T Davies has been confirmed to return to the helm of the show just in time for the series’ 60th birthday. The showrunner originally brought back new Who with Chris Eccleston in the leading role until 2009, and then also led the show with David Tennant as the Doctor. Bad Wolf will also be producing the series when Davies takes over.

Who is the fifteenth Doctor and who are the companions?

After David Tennant, the fifteenth Doctor will be Ncuti Gatwa. He is best known for his role as Eric Effiong on the hit Netflix series, Sex Education. He is making history as the first black male Doctor.

On the new role, Ncuti said: “There aren’t quite the words to describe how I’m feeling. A mix of deeply honoured, beyond excited and of course a little bit scared.

“This role and show means so much to so many around the world, including myself, and each one of my incredibly talented predecessors has handled that unique responsibility and privilege with the utmost care. I will endeavour my utmost to do the same.”

Joining him will be the new companion, Ruby Sunday, who will be played by Coronation Street’s Millie Gibson.

What is the plot of the Doctor Who 60th Anniversary Specials?

Here is the first official synopsis for the next Doctor Who Specials:

The Doctor and Donna parted ways when the Doctor had to wipe Donna’s memory, making her forget him, in order to save her life. He left her family with a warning: if ever she remembers, she will die. But with the two coming face to face once more, the big question is, just what brings the Doctor and Donna back together?

The BBC has confirmed that Tennant is not the tenth Doctor – he is the 14th. Therefore, this is not a ‘degeneration’, as many suspected (or, this is what the showrunners want us to believe).

However, David’s clothes changed during the process – a deviation from previous regenerations. Therefore, fans are speculating whether this regeneration has been tampered with by the villain of the Specials – or whether this is some sort of elaborate dream sequence.

Showrunner Davies has given the following quote on the Specials: “If you thought the appearance of David Tennant was a shock, we’ve got plenty more surprises on the way!

“The path to Ncuti’s Fifteenth Doctor is laden with mystery, horror, robots, puppets, danger and fun! And how is it connected to the return of the wonderful Donna Noble? How, what, why? We’re giving you a year to speculate, and then all hell lets loose!”

The fifteenth Doctor was briefly shown in the trailer for the Anniversary Specials, and he seemed rather confused and angry. However, he is dressed in what appears to be Tennant’s clothes, seemingly further confirming that Ncuti will regenerate from David.

Whilst you wait for the Specials, you can always catch up on older episodes. The BBC’s added every single episode of the show since 2005 to the iPlayer streaming service. That means you get every episode from every Doctor from Christopher Eccleston to Jodie Whittaker, without paying a penny.

If you want to go even older, the classic show is now all on BritBox in its entirety – though it’s worth noting that you will have to pay to subscribe.

How can you watch Doctor Who in the US?

Obviously, Doctor Who is a British show, but in recent years BBC America has been better about airing the show as close as it can to the British air date, to minimise piracy.

If you’d rather watch episodes from the BBC (or re-watch any older episodes), you can use a VPN to stream episodes on iPlayer as if you were in the UK. Bear in mind that this is a breach of the iPlayer terms of use since you won’t be paying the licence fee, but it will let you watch every episode of the show since 2005.

At the time of writing, Warner Bros. has exclusive US streaming rights to the series for HBO Max, so that’s where you’ll need to go to watch any and all Doctor Who from 2005 onwards.

However, from next year, Disney+ will air new episodes in the US. This was revealed alongside the new logo for the show. It’s now also been confirmed that new episodes going forward will not air on BBC America.