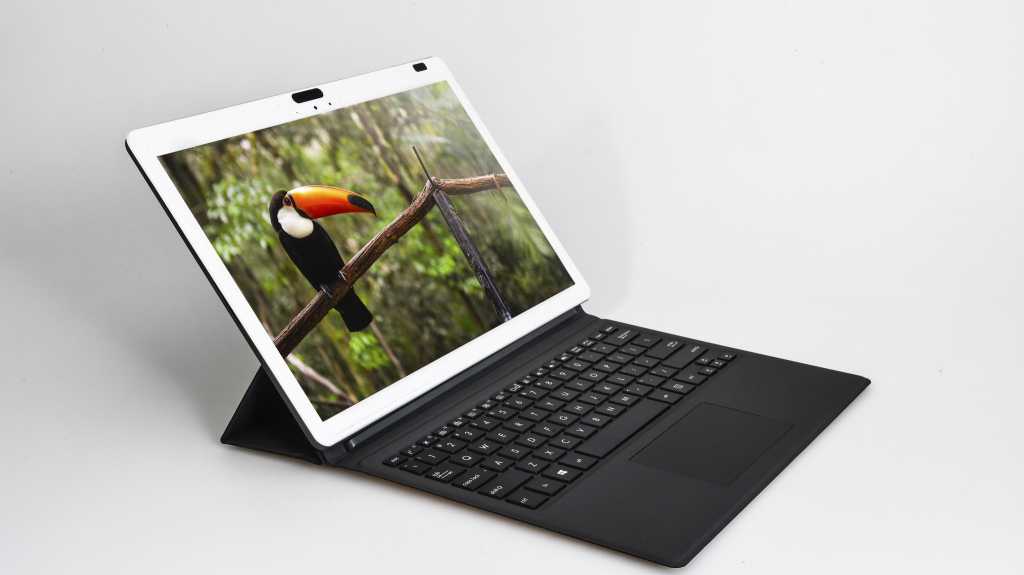 Now a year into its foray into the world of Windows, Qualcomm has announced its first Snapdragon processor dedicated to Microsoft’s world famous operating system. Here’s everything you need to know about the Snapdragon 850 Mobile Compute Platform.

Until now, we’ve only seen a handful of devices running Windows on a Snapdragon chip. While they were a sort of proof of concept, we now have a brand-new (sort of) chipset optimised for running Windows instead of Android.

The Snapdragon 850 will usher in the second-generation of the ‘always on, always connected PC’. It’s something Qualcomm promised at its 5G Summit last year.

While a new processor doesn’t exactly have a release date, we do know that devices running the Snapdragon 850 are expected to launch ‘towards the end of the year’, according to Qualcomm. The first of those devices – the Lenovo Yoga C630 WOS – was announced at IFA 2018 with a November release date, which helps narrow things down slightly.

So the models running the 835 – the HP Envy x2,  Asus NovaGo and Lenovo Miix 630 – are still relevant, but consumers may well want to wait for the next ones.

At the Qualcomm press conference in Taipei, Samsung made an appearance to say that it will make a device with the Snapdragon 850. Whether or not it will launch in the UK is another matter.

The original three OEMs – Asus, Lenovo and HP – are all still on-board and we expect to hear about more partners joining the party very soon.

What are the Snapdragon 850 specs and features?

Although this is a new model number of Snapdragon, the processor – or Mobile Compute Platform as Qualcomm prefers to call it – is actually a Snapdragon 845 that’s been tweaked and optimised for Windows.

One of the headline features of the 850 is better performance, with Qualcomm promising a 30 percent jump, no less, when compared to the 835.

That makes sense considering the age of the 835 but the 850 is a supped up version of the 845, built on the 2nd-generation of 10nm process.

It’s got even higher clock speeds, with the Kyro 385 CPU going up to 2.95GHz – and there’s less throttling, too.

Included in the performance is 20 percent faster LTE speeds thanks to the X20 modem – 2nd-gen to be precise so up to 1.2Gbps, but that’s all theoretical so we’re more fussed about the next upgrade, longevity. 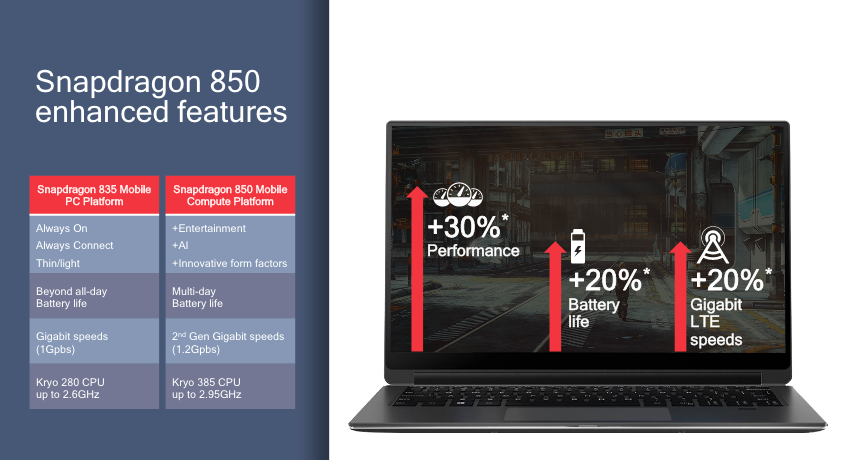 Soldering on for hours and hours was a real highlight of Windows devices running on Snapdragon 835 – our benchmark on the HP Envy x2 went over 20 hours – but that’s going to get even better with the 850.

Qualcomm says to expect a 20 percent increase in battery life so we could see results of over 26 hours. The firm says up to 25 hours so describes it as ‘multi-day’ compared to ‘beyond all-day’.

Aimed at being for play as well as work horses, device with Snapdragon 850 will have enhanced entertainment.

The Snapdragon 850 devices will launch with Windows 10 April Update (RS4) and you’d hope so considering they aren’t arriving for a few months.

This means increased app compatibility and the platform will be compatible with the 64bit Win32 SDK to enable native ARM64 programs.

Last and hopefully not least is some artificial intelligence with support for the Microsoft Machine Learning SDK. This will enable developers to create with AI in mind.

This will also be hardware accelerated for a smoother experience.