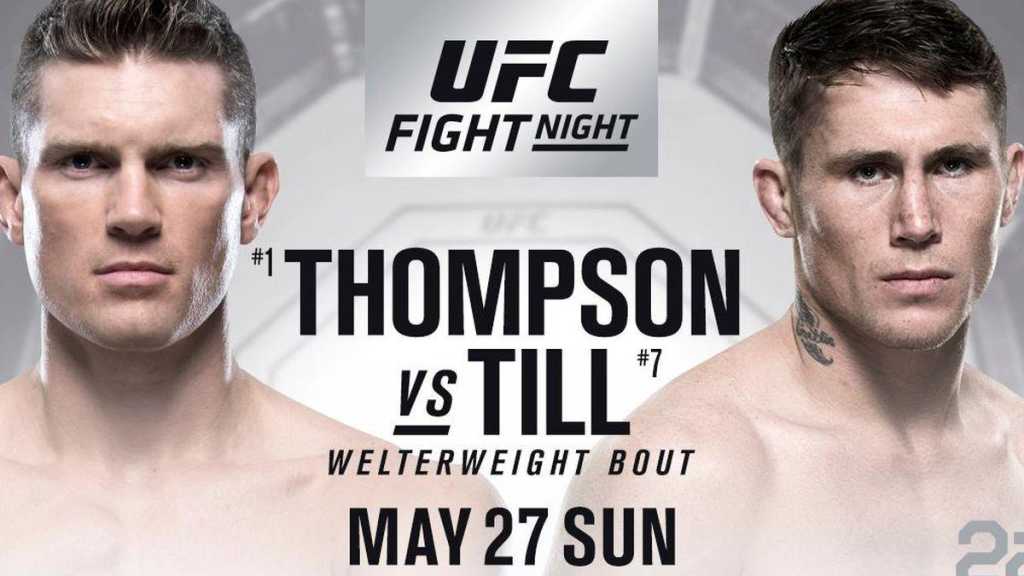 Liverpool will play host to the UFC this weekend as local Muay Thai fighter Darren Till takes on the Karate and Kickboxing specialist of Stephen ‘Wonderboy’ Thompson on Sunday 27 May.

This fight sees two of the most feared strikers in the Welterweight division, if not the entire sport, face off against each other in what promises to be an incredibly confrontational contest.

Wonderboy is known as one of the best counter-strikers in the world being a master of dictating range and punishing overly aggressive fighters. Darren Till is one of the divisions brightest rising stars and has shown an incredible talent of breaking his opponents defences with precise combinations and elbow strikes.

What time does UFC 130: Thompson vs. Till start?

The event will air on BT Sport 2 with the Prelims starting at 4pm BST (8am West/11am East for our friends in the US) while the main fight card will start at 6pm BST (10am west/ 1pm East) on Sunday the 27 May.

If you don’t have access to BT Sport 2, then you can sign up for a package here online.

You can also watch the event online via the BT Sport website or through their app.

If you’re outside of the UK but still wish to purchase it anyway, you can make use of a VPN to change your location and sign up that way. If you’re unsure of how to do that then we have a handy guide for you, as well as recommendations for the best VPN services to use.

Commentary will also be available on the BBC for the very first time, as BBC 5 Live will be covering the event.