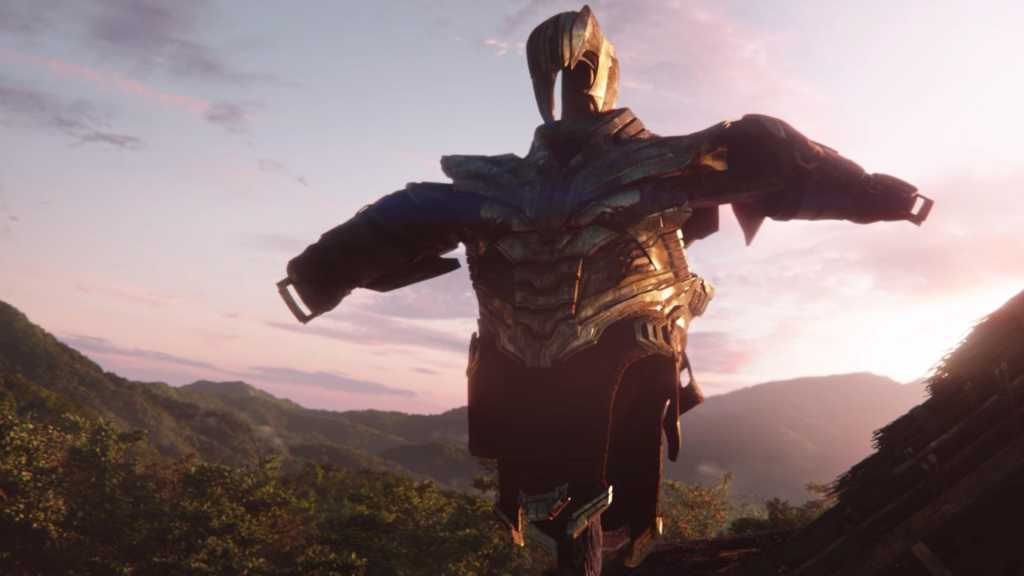 Avengers: Infinity War shook up the Marvel Cinematic Universe in a pretty major way, and fans are waiting with bated breath to find out just how Avengers 4, aka Endgame, is going to carry the story forward.

It’s been a long time coming, but the film is finally here, and you can go see it right now if you want to. Read on to find out how to get tickets, who’s in the cast, and watch the trailers.

Also see: Does Avengers: Endgame have a post-credit end scene?

Avengers: Endgame is out now, after releasing on 26 April 2019, a week earlier than the original 3 May release.

Tickets are on sale now, and you can order them from Fandango or Atom Tickets in the US, and cinemas including Cineworld, Vue, and Odeon in the UK.

It was preceded slightly by the latest Marvel movie, Captain Marvel, in early March. Check out our guide to every other big film coming out in the next year to see what else we have to look forward to.

After months of teasing and waiting, Marvel released the first trailer for Avengers 4, including the reveal of the film’s official title: Endgame.

We then got a second (albeit briefer) look at the movie during the Super Bowl:

Then after Captain Marvel came out, Marvel gifted us another long trailer for the movie, complete with moody black-and-white, an appearance from the new Captain herself, and a glimpse of some nifty new Avengers suits.

Then, to launch the official ticket sales Marvel revealed one extra ‘Special Look’ with loads of new footage including the Avengers coming face to face with Thanos once again:

Finally, this amazing 10-days-to-go trailer combines a few snippets of new footage with a loving look back at every film that’s come before – yup, even The Incredible Hulk:

Marvel has released a few official posters for Endgame so far, including one in classic Avengers tradition: a big ol’ A. This one’s a little dustier than usual though… 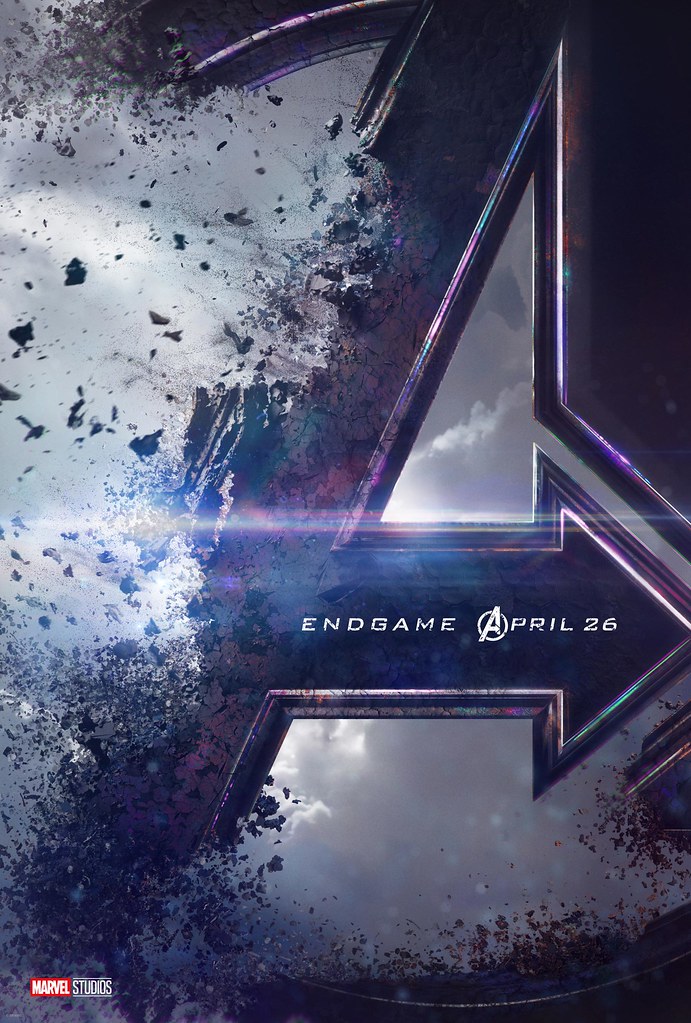 There’s also a stupidly huge selection of character posters that highlight who lived and died in Infinity War – so spoilers just for looking at the posters. The easiest way to check them out is actually just to click through to Marvel’s own Twitter thread:

Just like with the most recent Avengers film, Avengers 4 is set to have a massive sprawling cast – so here are most of the actors we’re expecting to see when the film arrives next year:

We’ve almost certainly missed a few names off there, so let us know if there’s anyone we should add – though we have made a point of including a few characters who didn’t make it to the end of Infinity War, just in case they somehow turn up again next time around…

There’s also speculation that Tessa Thompson’s Valkyrie from Thor: Ragnarok may make an appearance, fuelled initially by this tweet – and backed up by her inclusion in the series of character posters above. It also looks like Tilda Swinton’s Ancient One from Doctor Strange may make a brief appearance, after a producer let slip in a panel that they’d gotten her back for one day of filming.

More concretely, Frank Grillo will apparently be returning as the villain Crossbones – last seen exploding at the beginning of Captain America: Civil War – apparently as part of a flashback sequence of some sort (though there might be more to it than that – read on for some of our big plot speculation). Grillo has since said that he “confirmed nothing” and was just having fun, but we have our doubts.

13 Reasons Why star Katherine Langford is also appearing in a mystery role, though given she’s an up-and-coming star, we suspect it’ll either be significant for Endgame or even setup for a major role in future films.

Behind the camera, brothers Joe and Anthony Russo are directing again, after calling the shots on Infinity War, and both Winter Soldier and Civil War before that.

Their regular cinematographer Trent Opaloch is also along for the film, and he’s shooting a script written by Christopher Markus and Stephen McFeely, who wrote those same three films, along with an assortment of other bits and pieces across the MCU.

Acclaimed composer Alan Silvestri is also back, bringing his fourth Marvel score, after Infinity War and each of the first Avengers and Captain America films.

Avengers 4 has been kept under such secrecy that even the name – Endgame – was kept secret until only a few months before the film’s release. While Avengers 4 started out as Infinity War Part II, that changed when directors Joe and Anthony Russo decided that the two films were really separate entities, rather than two parts of the same movie.

They never really said why they were keeping the title so secret, so it was widely assumed that it was because it was a spoiler for either Infinity War or Ant-Man and the Wasp, though Endgame isn’t really. It’s one of the things Doctor Strange says as he looks ahead at the group’s possible routes to victory, but beyond that it doesn’t give much away.

So what do we know about the plot? Well, spoilers obviously, but we know it picks up at some point after Thanos has gone and killed off half the universe. The remaining Avengers – mostly the classic team – are left picking up the pieces, and from the looks of the first trailer than includes Tony Stark drifting helplessly in space after being stranded on the planet Titan.

We know that Ant-Man is going to turn up after being presumed dead – he was left stranded in the Quantum Realm at the end of his last movie – and we’d put big money on that somehow tying into how the Avengers go ahead and save the day.

That film leans heavily on the Quantum Realm – the subatomic universe that exists between particles – and given that Ant-Man was conspicuously missing from Infinity War, it’s very possible that Ant-Man’s biggest secret could hold the power to bring back the Avengers, and, well, 50 percent of the universe.

The Ant-Man and the Wasp post-credit scene reveals that it’s the Quantum Realm that saves Ant-Man himself from the Thanos snap, which kills the rest of the Pym/Van Dyne family. That in itself doesn’t reveal much about what’s to come, but there is one potentially interesting element: he’s in the Quantum Realm to collect ‘Quantum Healing Particles’ – we wouldn’t be shocked if they’re somehow used to fuse Hulk’s personalities, or somehow bring back the snapped characters.

This could also somehow tie into the rumours of a time travel plotline in Avengers 4, thanks to set photos of the main cast back in their Phase 1 outfits, which would be a very neat way to undo all of Thanos’s damage. We could easily imagine there’s a plot in which the Avengers have to travel back through the previous movies to gather all of the Infinity Stones and use them to reverse the Snap.

It’s also possible that the Skrulls will have a major role to play. We know that Captain Marvel is going to turn up in the film after debuting in her own solo movie, in which she fought against the shapeshifting alien race the Skrulls.

It’s possible Marvel might draw on the classic Secret Invasion arc from the comics, a story which revealed that some of the most beloved Marvel heroes were actually aliens in disguise – though we’re not sure how they’d tie this into the Thanos stuff.

Either way, Captain Marvel herself has to turn up and bring some of her cosmic power to bear one way or another.

It seems almost like a given that someone – or multiple someones – are going to have to die as part of the effort to bring back the snapped heroes, with Captain America and Iron Man the obvious choices. Both are major characters played by big (expensive) stars at the end of their contracts, who Marvel will no doubt be keen to replace or re-cast.

Chris Evans has often hinted that he’d soon be done with the part, and his tweet after wrapping production on the new film sounded ﻿a lot like a farewell to the character. Of course, this being the MCU, there’s always another wrinkle, and this one comes from co-director Joe Russo.

“I think it was more emotional for him than it was us because he’s not done yet,” he told USA Today. “I won’t explain what that means but fans will soon understand what I’m talking about.”

So… he’s not going to die? Is the character not done yet, or the actor? Is Chris Evans going to do more films? A TV series? WHAT’S GOING ON!?!

Only slightly less significantly, Gwyneth Paltrow has also confirmed that she’ll be done playing Pepper Potts after Endgame wraps – though of course that doesn’t mean her demise is inevitable, just that the character won’t appear again one way or another.

We’ve also seen what might be our first look at the new team in action, thanks to a piece of supposedly official leaked concept art: 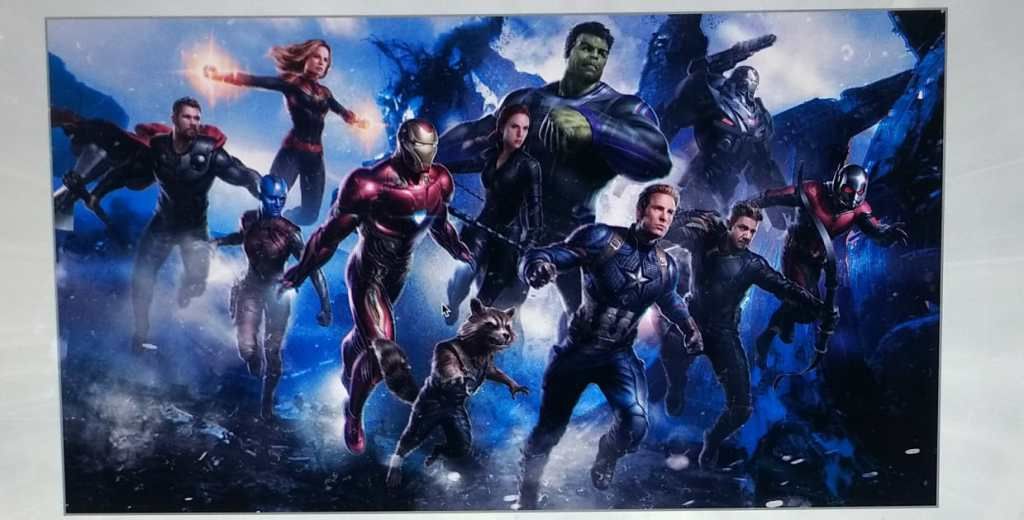 If it’s real, the concept art offers a few interesting hints to the film. For one, note the inclusion of both Ant-Man and Hawkeye (missing from Infinity War), along with the first appearance of Brie Larson’s Captain Marvel – in a costume that has since turned out to be pretty accurate to what she’ll be wearing in her solo film.

There have also been a few costume changes. Captain America is back in his patriotic duds, War Machine has had some major upgrades, Hawkeye looks to have shifted towards his Ronin persona from the comics (since seen in the first trailer), and most interestingly Hulk is in a unitard – suggesting he may have adopted the Professor Hulk persona, a fusion of Hulk and Bruce Banner that boasts the strength of one and the intellect of the other.

The costumes above also match up well with a promo image accidentally released online as part of a popcorn promotion, of all things:

Those might not be the only new costume designs though. The back of a supposed toy set featuring Rocket Raccoon and Thor has also appeared online, showing the pair of them in some spiffy new white duds that are pretty unlike anything we’ve seen in the films so far – since confirmed to be legit after appearing in the film’s third trailer.

Our bet is that these are space suits created for the team so that they can head off-planet to take the fight to Thanos.