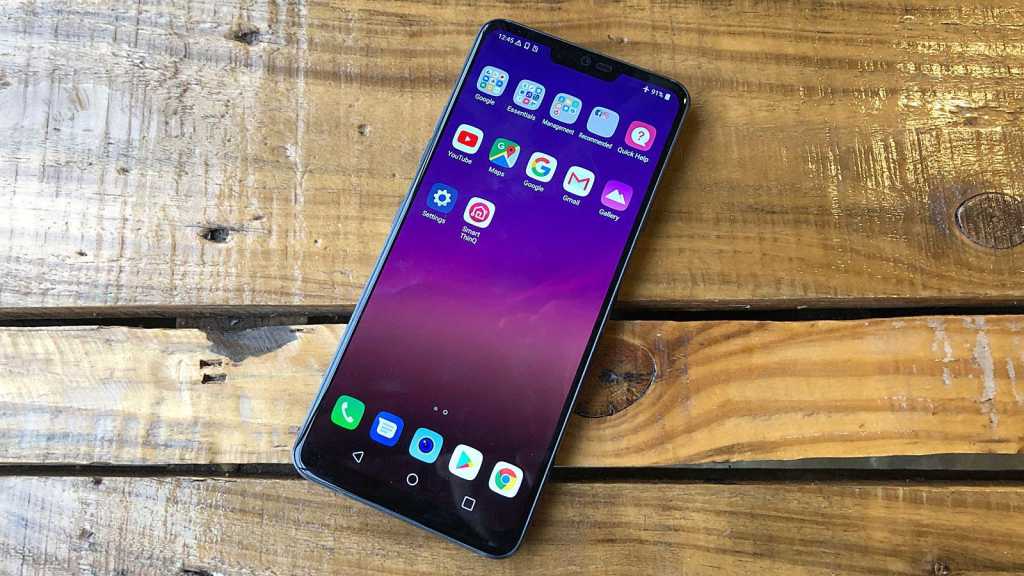 The awkwardly named G7 ThinQ is LG’s latest flagship Android phone, and its first to feature an iPhone X-inspired notch at the top of the display.

After becoming available to pre-order on 18 May, you can now get your hands on the LG G7 ThinQ as of its 31 May release date.

In the UK, the phone is available in three colours: Aurora Black, Platinum Grey, and Moroccan Blue – though the blue is an O2 exclusive, and the grey is a Carphone Warehouse exclusive. There’s also a red model in some countries, but we won’t be getting that here in the UK.

Whichever colour you get, you’ll get 4GB of RAM and 64GB storage (expandable with a microSD card), and it’s all powered by the latest Snapdragon 845 processor.

We’ve already had the phone in the office to try out, so check out our review to find out what we thought.

The G7 ThinQ is priced around £600 upfront, but there’s a bit of variation in prices online, so if you want to buy the phone outright it’s worth taking the time to look around a little. No matter what, it’s a nice price drop from last year’s V30, which launched at £799, and means the G7 is one of the better priced flagships this year.

Carphone Warehouse has the phone on its own for £599, in either black or the exclusive grey colour, along with a selection of contracts from different networks. You can save up to £100 if you get a SIM-only deal from Carphone Warehouse when buying the LG G7 ThinQ SIM-free.

O2 is offering a free gift if you get the LG G7 ThinQ on contract. Place your order before 31 July 2018 and you’ll get a free snap-on case worth £19.99 featuring an exclusive design from the new Han Solo movie (or a picture of your choice if you’re not a Star Wars fan). Check out our guide to all the other great G7 cases out there if that’s not the case you’re looking for.

Plus, selected contracts also offer the option to claim a free Kodak Mini 2 Photo Printer worth £99.99.

Elsewhere,  Clove is offering the handset for £599 but the best price we’ve seen comes from Unlocked Mobiles, at £594.

If you want to buy the phone on contract, you can already get the handset for free with monthly contracts from £39, like this EE plan from Fonehouse, which includes unlimited minutes and texts and 1GB of data, along with an extra £10 cashback. You’ll also get the same Han Solo case offered in the O2 deal.

Better still is this Vodafone plan, which nets you 4GB of data, and you still get the phone for free, and costs just £43 per month – which goes down to £41.50 once you factor in the £50 cashback.

Mobile Phones Direct has lots of great deals available, but most of them rely on big cashback claims. You can check those out here.

Contracts change often though, so below, you’ll find a continuously updated price comparison tool for the best LG G7 deals. If you can’t see it, click here for a version of this page optimised for your device.