Rage 2 was officially revealed by Bethesda after a number of leaks in May 2018. After being accidentally revealed by Walmart Canada and the announcement trailer prematurely leaking online, the Rage Twitter account jumped into life and confirmed the news.

Since then, we’ve been provided with more gameplay info, and even a video showcasing the kind of things we’ll be doing in the Rage 2 universe.

Here’s everything you need to know about the crazy, Mad Max-esque Rage 2 including the latest release date news, platforms, gameplay details and trailers.

When will Rage 2 be released?

We finally have a release date for Rage 2 thanks to the Game Awards in early December. Rage 2 will launch on 14 May 2019, so we don’t have much longer to wait.

Which platforms will Rage 2 be released on?

Rage 2 mirrors the platforms of the original; while 2011’s Rage was available on PS3, Xbox 360 and PC, Rage 2 is set to be released on PS4, Xbox One and PC, with no Switch support just yet.

That doesn’t mean it isn’t coming though; in a Variety interview with studio head Tim Willits, Willits was questioned about the possibility of Rage 2 coming to the Nintendo Switch.

While he didn’t confirm that it would eventually appear on the Switch, he also didn’t deny it. He said “We’re looking at the tech right now, and we’re still evaluating that…We stream everything, and we’re just looking…because everything is open, everything’s available, so there’s no level loads. We are looking at that now, but we don’t know.” 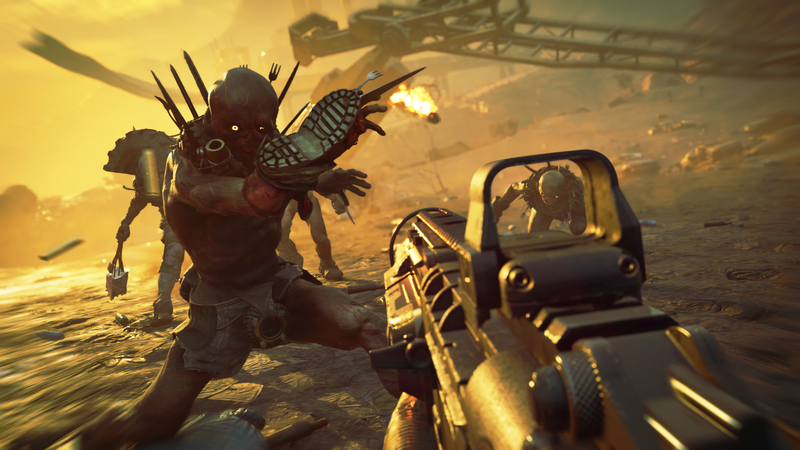 What should I expect from Rage 2 gameplay?

Details are still scarce, but we now know what’s on offer from Rage 2. As fans of the first game will know, an asteroid has wiped out 80 percent of the earth’s population and humanity has taken a hit. Bloodthirsty, violent petrol-head gangs roam the open roads looking to cause chaos, while the Authority seeks to rule the lands with an iron fist.

You play as Walker, the last Ranger of the wasteland and a threat to the Authority’s overarching power. You were deemed too dangerous, and were robbed of your home and left for dead. Of course, death doesn’t welcome Walker with open arms and you’re left to “rage for justice and freedom”, crushing the dictator-esque rule of the Authority.

Expect over-the-top vehicle combat, FPS mayhem and a whole open world full of things to discover and kill. The open world is said to be varied, from swamps to sun-scorched deserts and lush jungles, and you’ll run into a number of dangerous factions all fighting for control of the wasteland.

You’ll also be able to collect and upgrade not only your arsenal of weaponry, but your Nanotrite powers and Overdrive, a new ability that allows you to “push your guns beyond their mechanical limits”.

The combination of id Software’s impressive first-person shooter mechanics and the stunning worlds created by Avalanche Studios mean that Rage 2 will be something special. Take a look at the extended gameplay trailer showcased at QuakeCon 2018 below for more information.