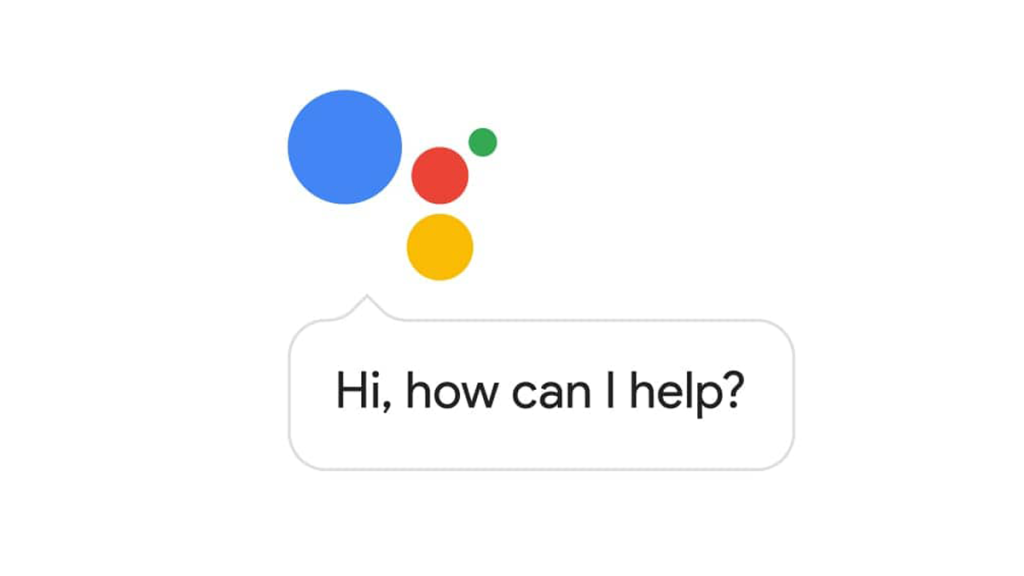 The stakes for the best digital assistant were raised significantly by Google after it announced Duplex.

Rather than answering your questions about the weather, traffic conditions, or location of the nearest coffee shops – as the Assistant does currently – Google Duplex does something quite different: it makes phone calls and books appointments for you.

Did AI just became genuinely useful, or are things getting weird way too fast?

Yes. And it seems to do it rather well.

Google Duplex is an extension to the Google Assistant app that you may currently have on your Android or iOS device. It allows you to ask the Assistant to arrange a simple task that will involve calling, for example, a store, salon, or restaurant. This could be for the purposes of making you an appointment or just finding out when the place will be open.

Once the request is made, Duplex will make the call and then have a real, live conversation with whomever answers the phone.

While this might sound a bit like something out of Star Trek, Google seems very confident that the technology can mimic human speech to the point where the person on the other end of the line will never know that they spoke with software rather than a human. 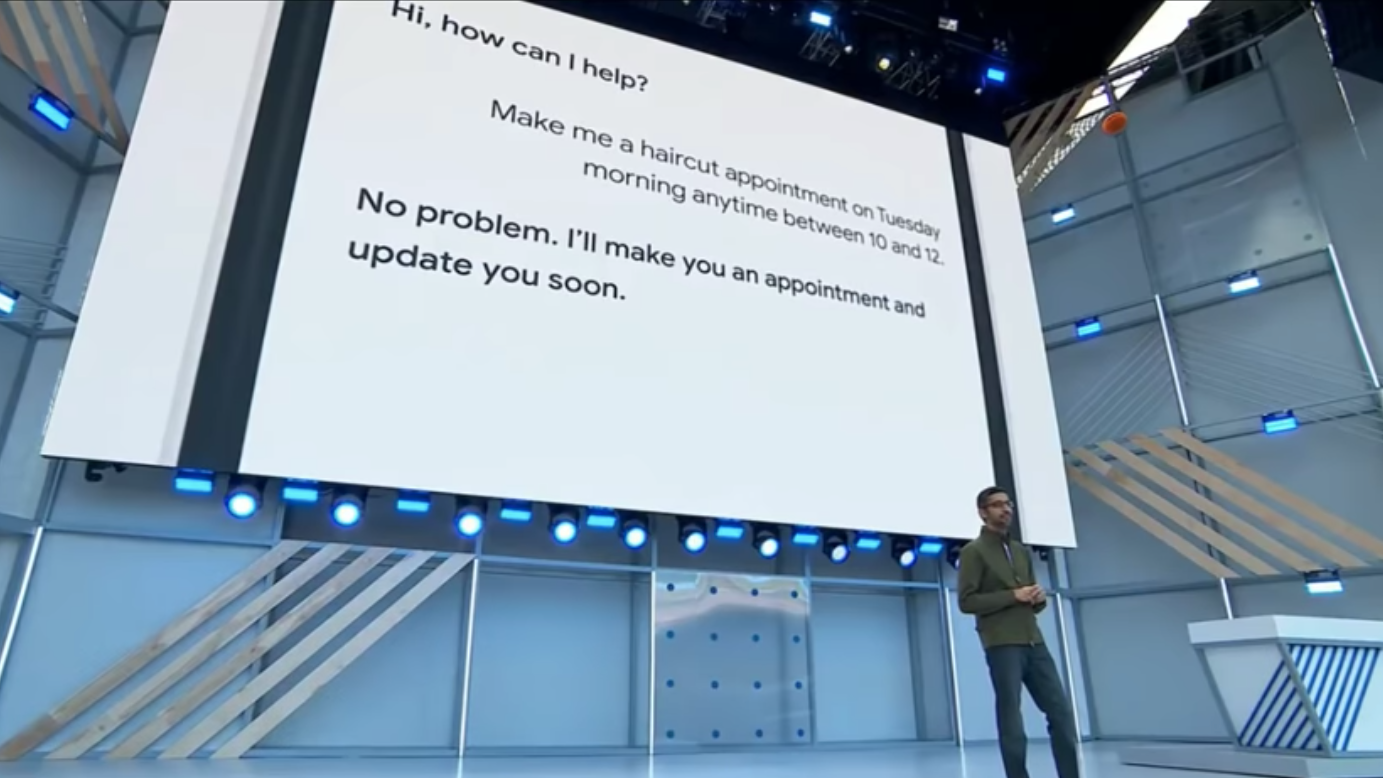 At the recent Google I/O developer event the company’s CEO, Sundar Pichai, demonstrated Duplex in action by playing recordings of actual calls placed by the Assistant.

The first example saw Duplex ring a hairdresser and book an appointment on a certain day and time. It did this using language which appeared natural, and even included pauses, changes in inflection, and the occasional ‘erm’ and ‘ah’ to seem authentic. 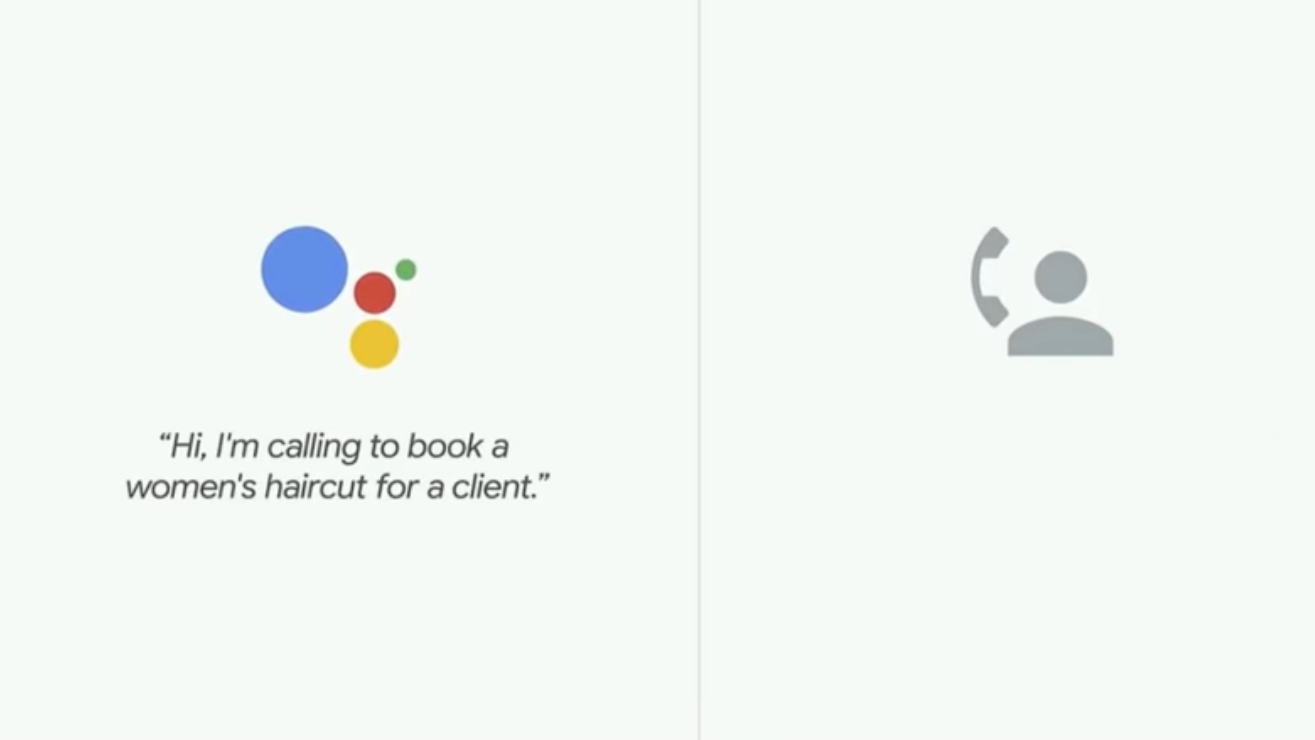 Duplex both asked and answered questions, as you would in a normal conversation, and completed the task without giving away its non-human status.

Pichai then played a second example, which was more impressive as it featured a person at a restaurant with a strong accent who answered questions in a slightly awkward fashion.

Not only did the Assistant decipher the necessary information, it did so with an ease that some humans might have found difficult.

To find out more about Google’s latest offerings, be sure to read our Google Pixel 3 release date & rumours and Android 9.0 P rumours.

How does Google Duplex work?

Google has been selective in the tasks that Duplex can attempt so that it doesn’t get confused or lost in the weeds. This makes it honed specifically for service-related conversations. In a blog post that announced the technology, Google made the reasons for this clear.

‘The technology is directed towards completing specific tasks, such as scheduling certain types of appointments…One of the key research insights was to constrain Duplex to closed domains, which are narrow enough to explore extensively. Duplex can only carry out natural conversations after being deeply trained in such domains. It cannot carry out general conversations.’

So, while you can ask Duplex to book a table for dinner, you shouldn’t expect it to sweet-talk your insurance company into paying for the laptop you poured coffee over.

At the heart of Duplex is something Google calls a Recurrent Neural Network (RNN), which works out not only the words spoken but the context in which they are being used.

‘To obtain its high precision, we trained Duplex’s RNN on a corpus of anonymized phone conversation data’ Google reported in its blog. ‘The network uses the output of Google’s automatic speech recognition (ASR) technology, as well as features from the audio, the history of the conversation, the parameters of the conversation (e.g. the desired service for an appointment, or the current time of day) and more. We trained our understanding model separately for each task, but leveraged the shared corpus across tasks.’ 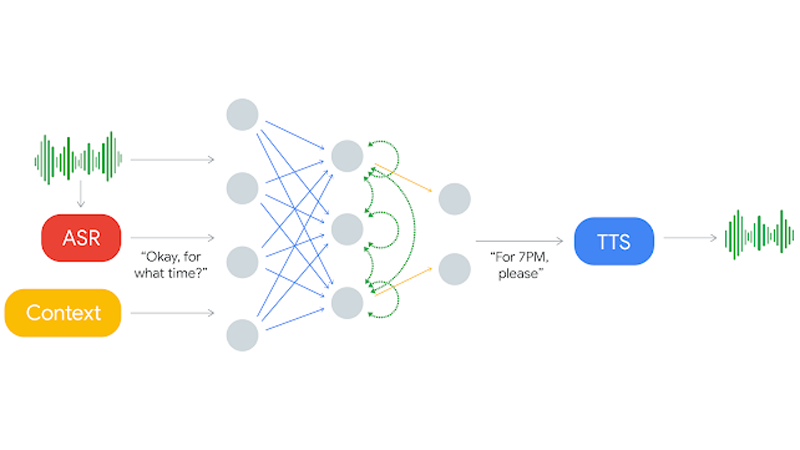 So far, Duplex has only been seen on the stage at Google I/O, but the company says that it will start letting some users experiment with the technology in the summer.

Isn’t it a bit creepy?

While the technological achievement of the demonstrations is, frankly, amazing, there has already been much discussion over whether software pretending to be human is something of an ethical issue.

Should the Assistant announce what it is at the start of a conversation? Is it demeaning to the staff member engaged in the conversation? Who is responsible if there is a booking error?

With Google limiting the scope of Duplex to scheduling appointments, it seems that the company is playing things quite safe. Sure, there could be mix ups here and there, but hopefully nothing serious.

As the technology is still in its early stages, there will no doubt be time for these ethical questions problems to be addressed in the public realm as well as in the development labs at Google.

Of course, it does open the door to a day when you ask your phone to arrange tickets for the 25th Avengers movie, and when it calls the cinema it finds itself talking to another Duplex at the other end.

Douglas Adams once wrote of how humans had gotten bored of TV and therefore invented devices to watch shows for them (video recorders), it seems that very soon we’ll be retiring a few well-worn conversations too.