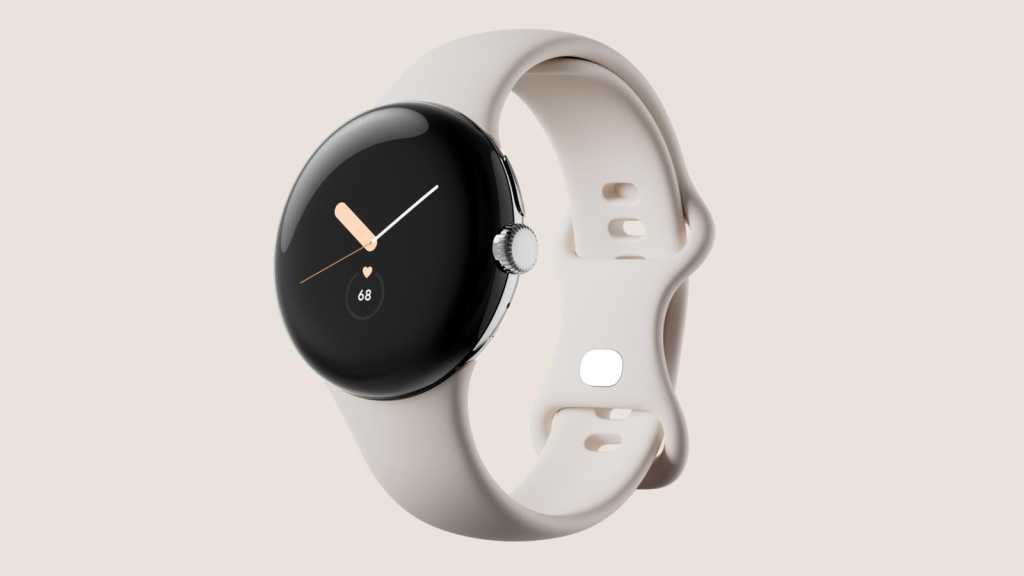 Following Google I/O ’22, we now know that the long-anticipated Google-made smartwatch is officially on its way. The Pixel Watch is real.

Google has seen some success with its Pixel smartphones and it also makes various other pieces of technology, such as the Nest Hub 2 smart display and Pixelbook Go laptop.

So, why has the company never turned its hand to an own-brand smartwatch until now? It’s a great question with no simple answer, especially as so many Apple Watch rivals on the market run on the firm’s Wear OS platform.

Codenamed ‘Rohan’ in a US trademark filing before officially breaking cover, Google has finally acknowledged the Pixel Watch’s existence but there’s still so much more to learn.

When does the Pixel Watch launch?

It feels like we’ve been waiting forever for the Pixel Watch to receive any official recognition, with Google first confirming that it was working on a watch way back in 2018 and rumours about such a device stretching back further still.

In his 2018 interview with Tom’s Guide, Google’s director of engineering for Wear OS, Miles Barr, stated that it wasn’t quite ready for primetime just yet. “To think of a one-size-fits-all watch, I don’t think we’re there yet. Our focus is on our partners for now.”

Fast-forward to the opening keynote of Google’s 2022 I/O developer conference on 11 May and the company finally acknowledged that the Pixel Watch was coming, promising more details about its functionality and availability, set to arrive sometime this autumn.

Google I/O ’22 👇 From what I understand, Google will officially be announcing the Pixel 6a + “teasing” the Pixel Watch. Pixel 6a launch (in most markets) pushed to July 28th. Pixel Watch will be formally announced and launched with Pixel 7 and 7 Pro in October. pic.twitter.com/IwwRX2pZtR

One piece of hardware that Google did launch alongside the Watch’s tease during I/O ’22 was the Pixel 6a, adding weight to another of Prosser’s predictions that the Watch will go on sale in October, alongside the Pixel 7 and 7 Pro smartphones (also aligning with Google promise of autumn).

Google even gave a preview of the upcoming Pixel Tablet, which no one expected.

How much will the Pixel Watch cost?

Despite many leaks about the device, no price has been mentioned for the Pixel Watch.

Still, we can take a bit of a guess as devices like the latest Samsung Galaxy Watch 4 retail for £249/US$249 going up to £309/$329 for a larger model with 4G. We wouldn’t be surprised if the Pixel Watch is in the same ballpark.

It should at least be lower than a rumoured sporty model called the Pixel Watch Fit which a leaker claims will cost around $400.

What features does the Pixel Watch support?

While we don’t yet know details like casing dimensions, internal hardware or the Watch’s full feature set in an official capacity, Google’s I/O tease did offer some insight into its form, with what the company describes as a “bold circular, domed design” along with a “tactile crown.”

The casing is reportedly made from recycled stainless steel and appears to support proprietary silicone straps which attach by twisting onto the body.

As for the software experience, we already know that the Pixel Watch runs the company’s own Wear OS, thought to be version 3.0 when it launches; although notorious leaker Evan Blass had previously tweeted a screenshot of what looks like some kind of online manual for the Watch, with ‘Wear OS 3.1’ selected in a dropdown menu.

In Google’s own words (again from I/O 2022) the company also says that the Pixel Watch will feature “Fitbit’s industry-leading health and fitness tools — right on your wrist.”

While that’s a pretty ambiguous note in isolation, the fact that Fitbit (which Google completed its purchase of at the start of 2021) will now operate as a Wear OS-compatible experience, separate from the brand’s own activity trackers, marks a significant shift in how users will be able to experience Fitbit’s technology and should open it up to a far larger audience.

Back to the rumours, leaks and speculation, the rear appears to have a heart rate monitor, which is thought to rely on existing Fitbit-based technology and the smartwatch’s body looks a little thicker than we initially expected.

According to Android Police, the Pixel Watch has been listed on a US network’s backend inventory system under its ‘Rohan’ codename. It reveals that it will ship with 32GB of storage and come in grey, black, and gold.

Three models, the GWT9R, GBZ4S and GQF4C, have passed Bluetooth SIG certification, which could well be for the three colours mentioned above.

We also have details on the size of the Pixel Watch battery via 9to5Google. The site says it will be 300mAh (larger than the Galaxy Watch 4’s 247mAh battery). This suggests it should last around 24 hours and the site also says it will be offered with LTE cellular connectivity.

As well as the Prosser leaks below, 9to5Google has some details on the Pixel Watch. The site spotted updates to a Google app with mentions of “PIXEL_EXPERIENCE_WATCH”. 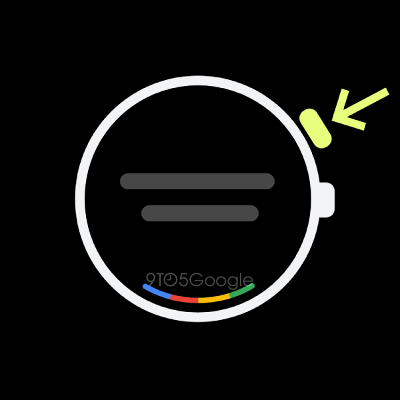 This is similar to a feature tag Google uses for Android phones, suggesting the watch will have exclusive features. This could include on-device processing while images from the Wear OS 3 emulator show what this could look like.

Separately, the publication also received word on the chipset expected to be running the show and it’s not the 5nm Exynos W920 powering Samsung’s current Galaxy Watch 4 line, although it is Samsung silicon.

According to 9to5Google, the Pixel Watch will actually run on the far older 10nm Exynos 9110, from 2018; conveniently, a chip that launched around the time Google first confirmed it was working on a smartwatch. It’s the same chip that powered the original Samsung Galaxy Watch too.

While the chipset itself is notably less efficient than the W920, in the case of the Pixel Watch, Max Weinbach claims that the 9110 will reportedly be joined by an ARM M33 low-power co-processor from NXP; handling tasks when the watch isn’t in direct use – like “continuous heart rate monitoring and sleep for health and wellness, faster tilt-to-wake responsiveness, step counting, alarms, timers, and haptics.”

Paired with a reported 1.5GB of RAM, it’ll also offload some of the strain on the main chipset when it is in use; pound for pound rendering the Pixel Watch more power-efficient than the similarly-specced 2018 Galaxy Watch, at least in theory.

A patent surfaced via LetsGoDigital, albeit from 2020, suggests the Pixel Watch might come with gesture controls. It’s something we’ve seen before from Google, in devices like the Pixel 4, but wasn’t great so will be interesting to see how it is implemented in the Pixel Watch if Google does go with the idea.

Although Prosser didn’t have details on the specs, his source did say claim that there’ll be around 20 different band options to choose from. As for software, Prosser previously stated that official marketing contains phrases like “Your world at a glance”, “Your health at a glance” and “Your agenda at a glance”.

As already mentioned, we’ll already have to wait for more detailed specs, like screen size, resolution and what connectivity the Pixel Watch will offer but Prosser says “it might be fair to assume that this might be part of Google’s in house silicon.”

You can see the full video with animated renders here:

Since the above video, Prosser has posted a new video with some more details. It’s mostly in response to the Insider ‘exclusive’ which really just contains information that Prosser had already brought to light.

At the end of March 2022, we summarised the key rumours and speculated on what the final product might bring in episode 108 of Fast Charge, our weekly podcast. Discussion of the Pixel Watch begins around the 47-minute mark:

For news on the phones the Pixel Watch is set to launch alongside, check out our guide to the Pixel 7 series.

Read next: Best smartwatches you can buy right now