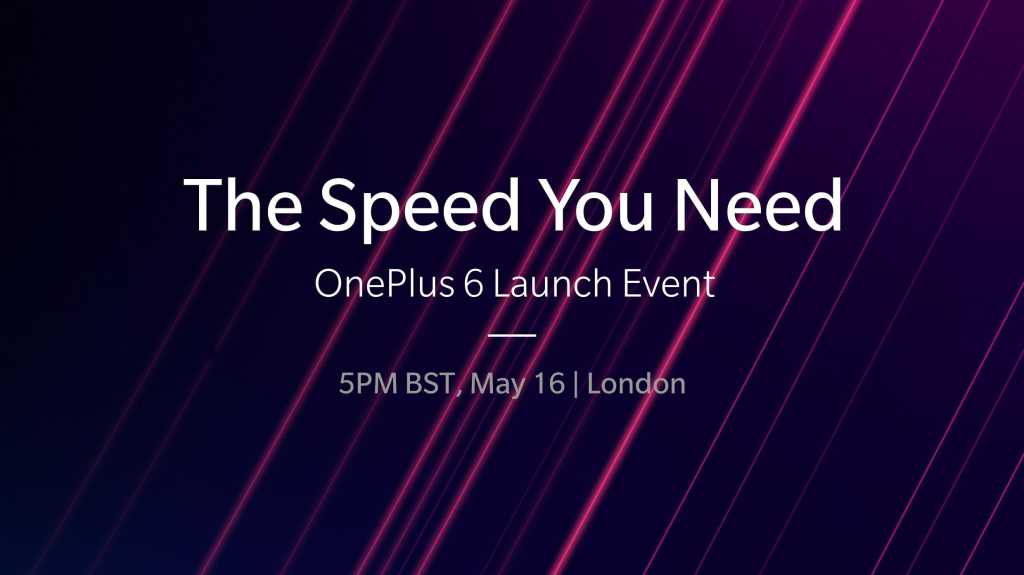 The highly anticipated OnePlus 6 smartphone is coming soon as the firm has announced the date and location for the big launch event. As with the 5T there’s even a chance for fans to attend the occasion in person.

A new flagship will be launched next month as company has confirmed the OnePlus 6 launch, entitled ‘The Speed You Need’ will take place on 16 May. The ‘global event’ will take place at 5pm in London following on from the New York unveiling of the 5T last November – you can  watch the live stream here.

“Across the past four years, OnePlus has been built and shaped around its Community. To celebrate the announcement of its much-anticipated OnePlus 6, the company will host the biggest ever Community event in its history,” said the firm.

Community-minded OnePlus has earlier called on fans to help it shape the OnePlus 6 ad campaign.

How to buy OnePlus 6 launch tickets

The OnePlus 6 launch promises to be bigger and better than before with over 1,000 tickets available for fans to attend.

Those able to get a ticket will be there along with tech press to try the OnePlus 6 out first. Attendees will once again get a ‘swag bag’ that OnePlus “far exceeds the price of the ticket”. You’ll get event items, a OnePlus party and a mystery gift when buying a OnePlus 6.

Those at the 5T launch received a OnePlus backpack, event t-shirt, stickers and a $40 coupon for the phone.

Anyone who can’t make it to the event will be able to watch the entire thing thanks to a live stream. Read about the OnePlus 6 rumours including price and specs.