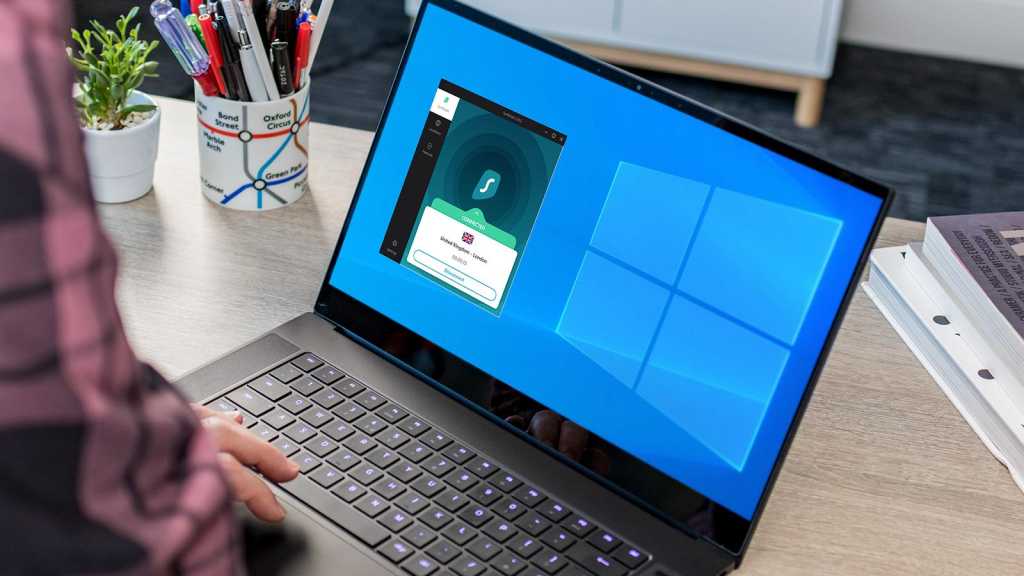 Getting up and running with a VPN in Windows is very easy. VPNs offer a host of benefits, especially in this day and age of online tracking and ever-increasing threats from criminals wanting to steal your identity and money.

They encrypt your connection to the internet, hiding your real location, helping to mask your identity and offering security on public Wi-Fi. Besides this, they allow you to unblock stuff on the web that is normally blocked in your region.

You may or may not know that Windows has VPN settings built in. This means you can enter the details of your VPN service directly into the operating system and use Windows’ own settings to turn the VPN connection on and off.

However, there’s an easier and better way which also gives you more features and – in some cases – better security. Simply download the app for Windows 10 from your VPN provider as this approach requires no technical knowledge.

First, though, you have to sign up to a VPN provider to access the service: Windows merely facilitates this connection.

While there are free VPN services, most people will be better off with a paid-for VPN service. This is because free services are usually very limited in their choice of servers, speed or have monthly usage caps.

We’ll be using ExpressVPN here which is our pick of the premium VPN services, but we also recommend checking out NordVPN as well which is an excellent all-round service that is more affordable.

If you’re looking to spend no money at all, then there are good free options. Setting one up is almost identical to the process detailed below, but you obviously won’t have to pay. There are disadvantages of free VPNs, which we explain in our guide to the five best free VPN services.

How to install a VPN in Windows 10

Go to to ExpressVPN’s website using the link above and click Get Started or Get ExpressVPN. This will take you through the sign-up process, which is very similar for other VPN services. You must choose how long to subscribe for, and it’s always cheaper – per month – to sign up for longer.

The company offers a 30-day money-back-guarantee, so there’s no need to worry about the expense just yet.

As part of the process, you’ll see the option to download the app for various devices, including Windows. When the download is complete, double-click on the file and follow the instructions. The app should launch after installation, but you’ll find it in the Start menu if not. 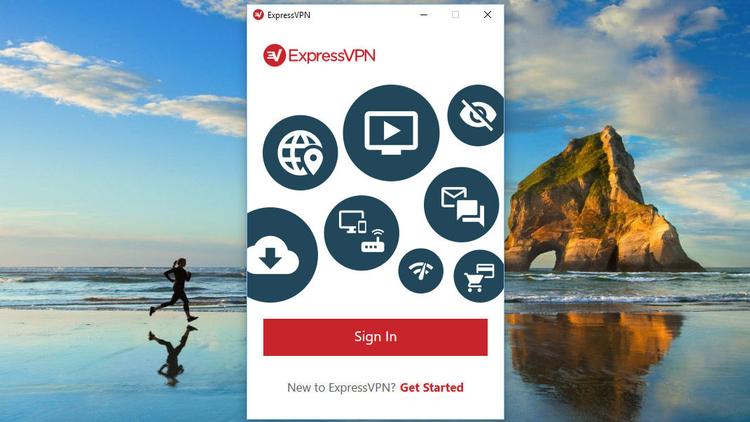 Click Sign In and use the details – the email address and password – you signed up with. You may alternatively receive an activation code in your email. Copy this, then go back to the app and paste it into the box: 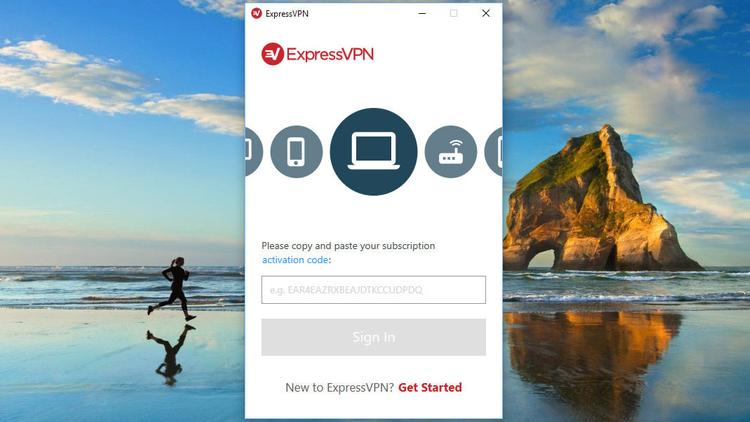 Then, you’ll be walked through the options asking whether you want the app to automatically launch when you start your machine and if you want to share performance data.

Finally, you’ll be presented with a big button that turns the VPN on and off. Beneath this there’s the option to Choose Location, which allows you to specify the country where your server will be instead of choosing the fastest or closest one.

This is useful should you be using the VPN to watch region-locked content on services like Netflix, as you’ll want to choose a server in the same country as the shows you’re trying to access.

All that remains is to click that big button and the VPN app will secure your connection. Now, whichever web browser or app you use, you’ll know that spying eyes will find it near impossible to know what you’re doing. 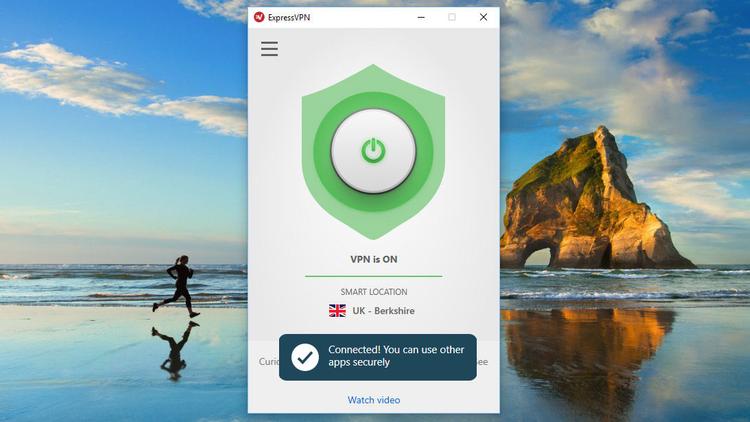 It should be noted that due to encrypting your data and routing it through various servers, there might be a small performance hit on your normal browsing speeds. This tends to be when you select a server far away, and ExpressVPN is developing its new Lightway protocol which should make it even faster.

Even though these instructions are specific to Express, they are largely transferrable to other VPN apps – and they tend to look the same on Android and iPhones as well. Plus, don’t forget that you can use one VPN account on mutliple devices. Just check with your VPN service how many it covers.

How to set up a VPN connection manually in Windows 10

Should you prefer, you can configure a VPN connection manually. Just know that this method means you won’t have a kill switch, so if the VPN connection stops for any reason, data will be routed via your ISP as normal and you’ll lose the protection (and may not know it has happened).

The other disadvantage is that there’s a bigger risk of DNS leaks, which can mean your ISP can still see what you’re up to even if the VPN connection is running. Put simply, you really need to know what you’re doing if you’re going to configure a VPN manually.

To do it, type VPN in the Windows 10 search box. Click on VPN Settings when it appears in the results.

Click Add a VPN connection and then enter the relevant information in each of the boxes. We can’t tell you what to enter, as this will be dependent on the VPN service you sign up to, and will require your username and password. 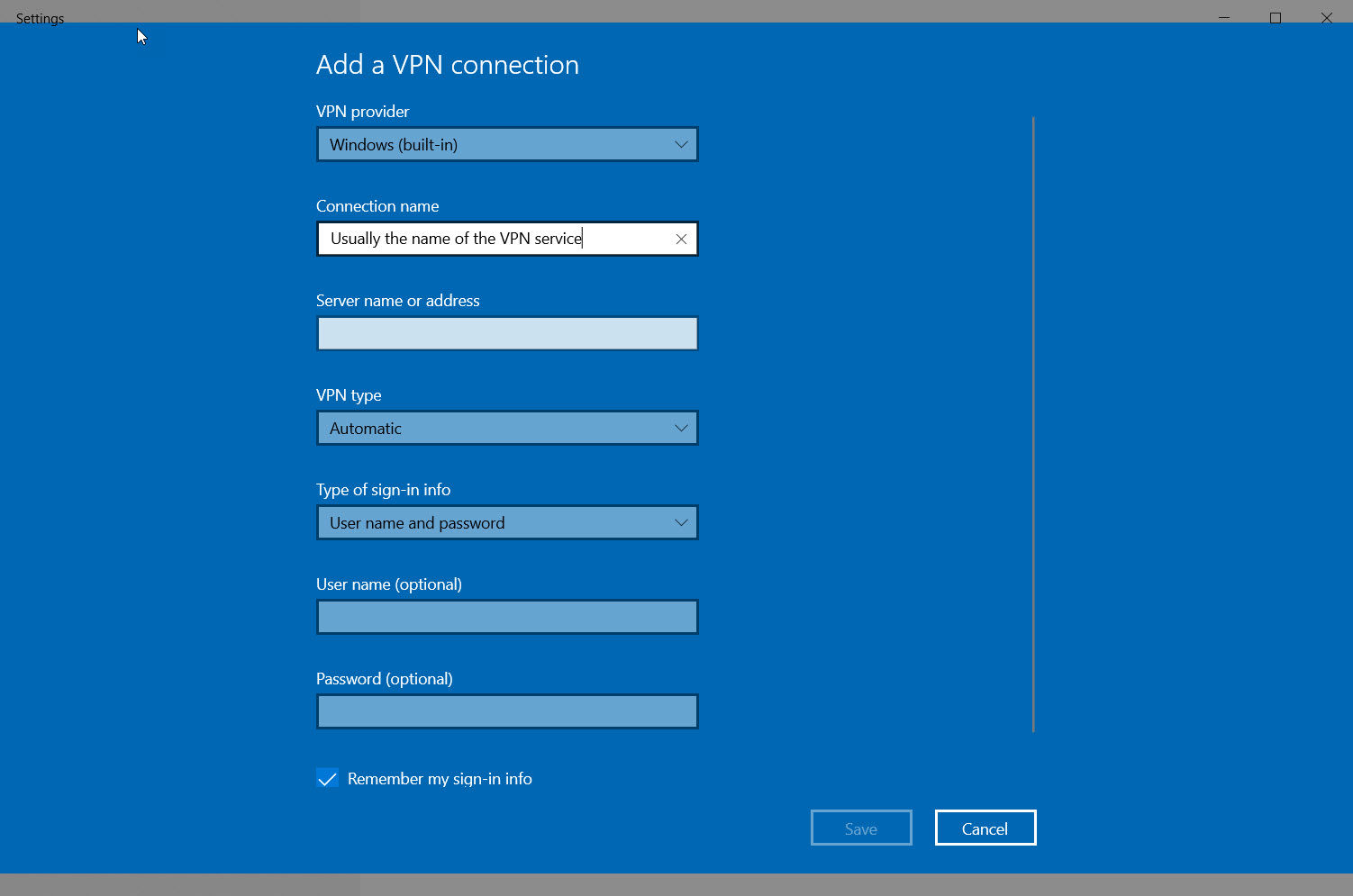 However, for the top-most setting, there is only one option: Windows (built-in). Select that, and then type a name for the connection, which is usually the name of the VPN service. However, as the connection is specific to one server, you may want to append UK or whichever country you choose a server from.

If you need to change country, you’ll need to set up a new VPN connection, so it’s much less convenient than having an app.

You’ll also miss out on any extra features offered by the app, such as a kill switch which stops all internet traffic should the VPN connection stop for any reason. Plus, you will have to use the VPN protocols listed under VPN type, which don’t even include OpenVPN let alone new ones such as WireGuard.