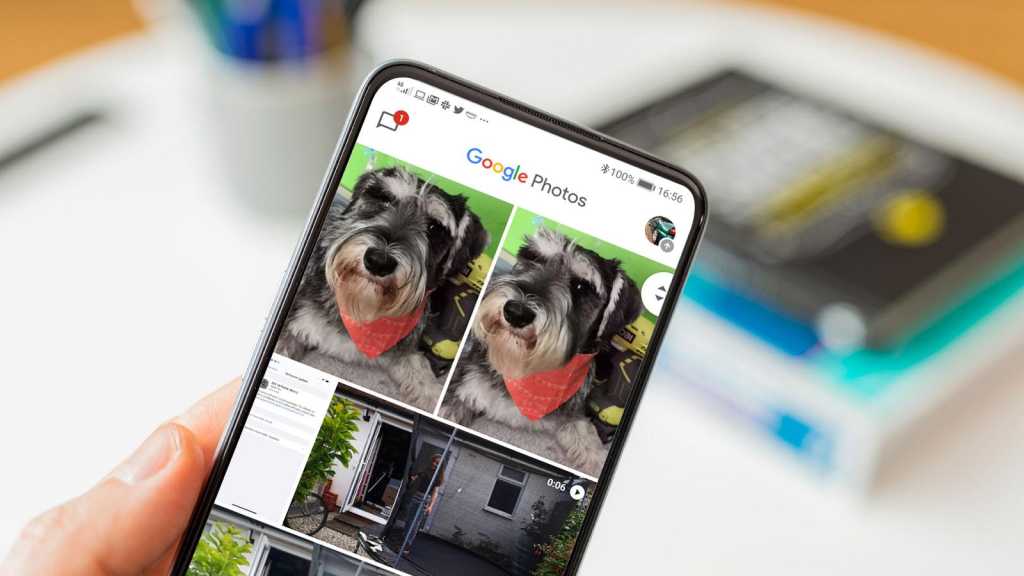 If you’re not the sort of person who keeps backups, it can be a horrible feeling when you permanently delete photos and later realise you didn’t mean to. Maybe you accidentally deleted all your photos, or just binned a few: it matters not. The process of attempting to get them back is the same.

There are safety nets built into Windows, Google Photos and iPhones / iPads so you can get back accidentally deleted photos, videos and other files.

In fact, the general process is the same as recovering any type of file.

How do I recover deleted photos in Windows

By default, if you select some photos and press the Delete key, Windows will put them in the Recycle Bin. They’re not deleted at all: they’re just moved to a different place.

Open the Recycle Bin – there’s usually an icon on the Desktop but if not, it’s in the Start menu. In Windows 10, just type Recycle in the search box and it will appear in the results. 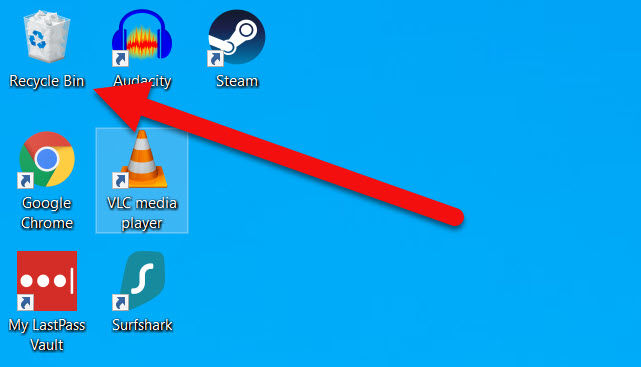 You can check in the Recycle Bin for your photos. To filter the list to show just photos, find the Item type column, hover over it and click the downward-facing arrow to bring up the list of file types.

Scroll through and tick each type, including JPG and JPEG. Tick others if you know your photos are in a different format, such as DNG or RAW.

You can click on Item type itself to order the results from newest to oldest, or oldest to newest.

If the photos aren’t in the Recycle Bin and have really been deleted, you might still be able to recover them. When Windows deletes files, it doesn’t really remove them.

All it does is to mark the space where there were stored on the hard drive as “free”, which is essentially just a flag to say the space can be used for new files.

This is faster than erasing the files themselves and it means recovery software can scan your drive and look for photos that might still be there.

There are dozens of apps which can recover photos and you can try any of these:

Before you download or install one, remember that this might well overwrite some of your deleted photos, so it’s best to use a different computer to download it. And it’s also best to pick one that can be installed on a USB stick and run from there.

That’s why we recommend the portable version of Recuva from Piriform as it will run from a USB drive. Be sure to read the installation instructions on that page.

Recuva is easy to use because a wizard guides you through choosing the type of files you want to recover, where they’re located (you can choose ‘I’m not sure’) and then goes off to try and find the photos.

A list should appear: you can tick the boxes next to the ones you want to recover and choose where to save them. Ideally, choose a different hard drive or a USB stick.

The original file names are likely to be gone and replaced with nonsense, but at least you’ll have your precious photos back.

If your deleted photos are on an SD card, microSD or some other type of removable storage such as a USB flash drive, use the same process described above, but you don’t have to worry about downloading and installing on your laptop or PC: doing so won’t overwrite those deleted photos.

Even if you don’t choose Recuva, pretty much all file recovery software works in the same way.

If you deleted photos on your iPhone or iPad, there’s a Recently Deleted folder in the Albums section within the Photos app. This keeps deleted photos and videos for up to 40 days, so as long as that time limit hasn’t passed, you can select the ones you want and restore them to your main camera roll (called All Photos).

Open the Photos app, tap on Albums at the bottom and scroll down to the bottom. You should see a section called Other Albums and – if you have deleted anything recently – there will be a Recently Deleted folder at the bottom. 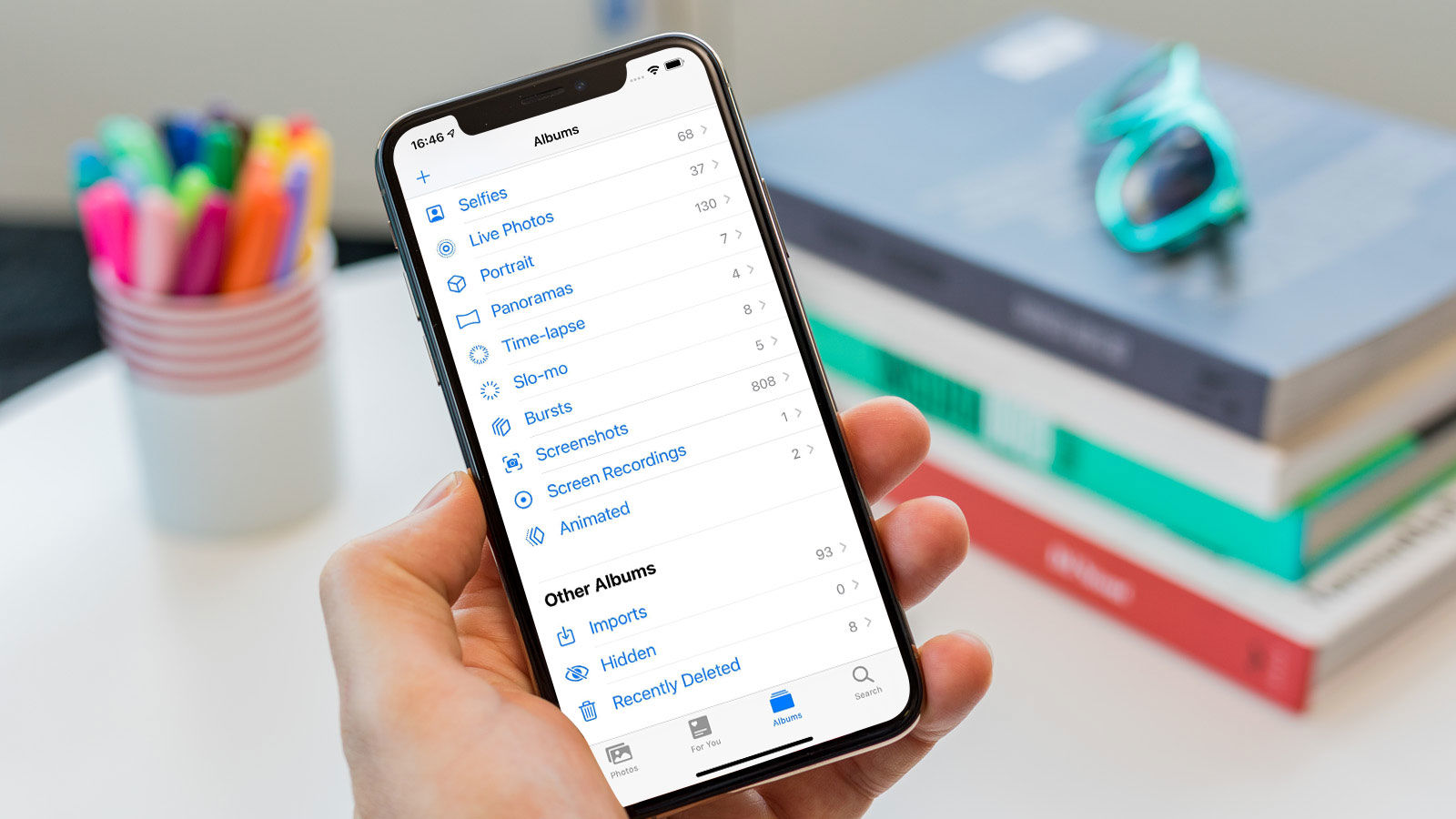 Tap it, select photos (and videos) you want to keep and tap ‘Recover’ at the bottom.

If you can’t get back photos with this method, then read our more in-depth guide to recovering deleted photos from an iPhone. One of the methods is to restore a backup from before you deleted the photos.

If you use Google Photos – either on Android or iPhone – you’ll find there is a similar system to the iPhone’s Photos app.

In the latest version of Google Photos, tap Library at the bottom, then tap Bin (or Trash if you’re in the US) and you’ll see the photos and videos you’ve deleted within the past 60 days. 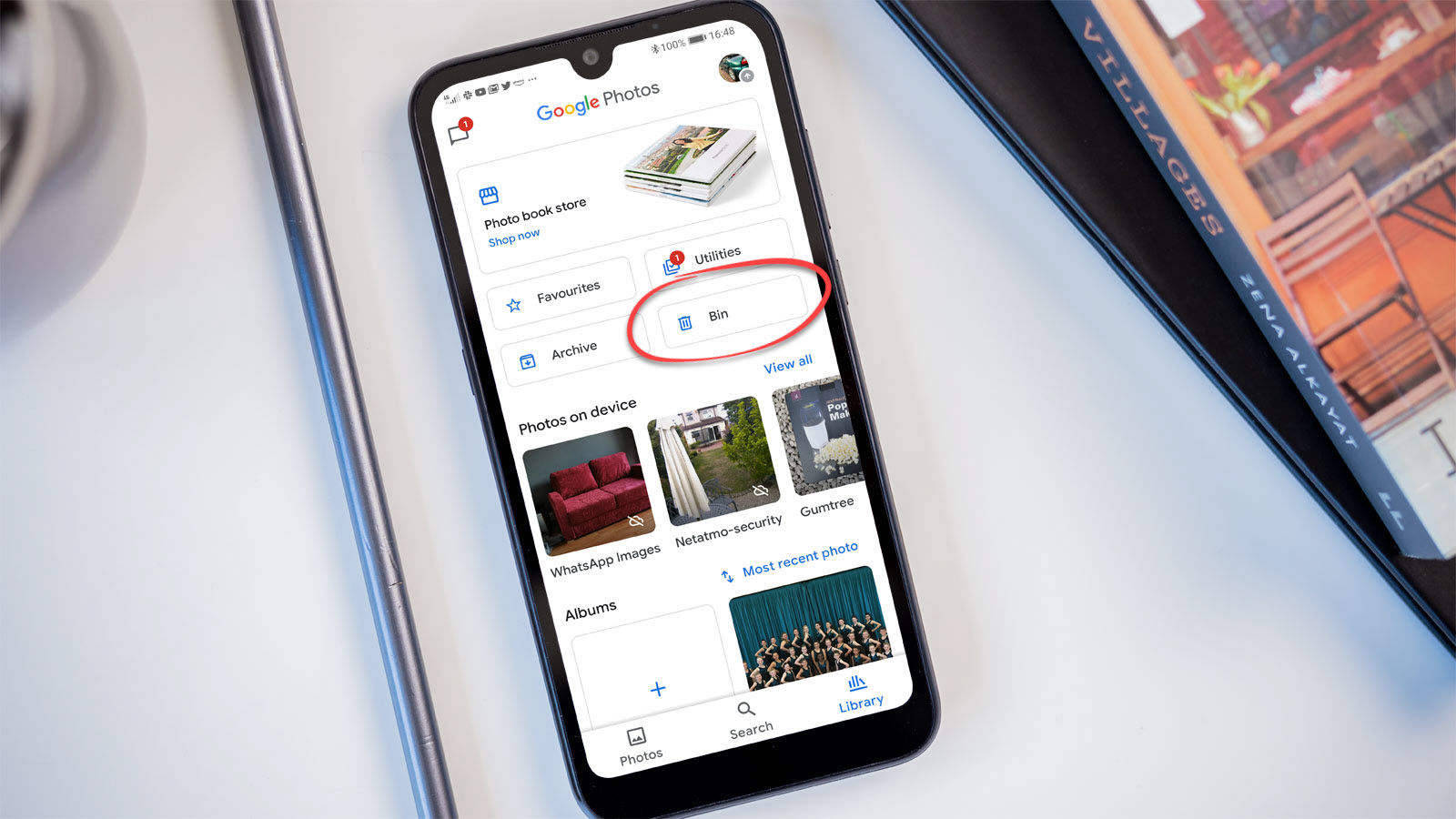 Tap and hold on any of the photos you want to recover and tap Restore at the bottom. The photos will be put back in their original location on your phone’s storage, and in any albums they were in.

You can look for a similar option in your phone’s default Gallery app. If not, there are various apps you can try in the Google Play Store which can try and recover your deleted photos. Again, you can also try and recover a backup of your Android phone from before you deleted your photos.