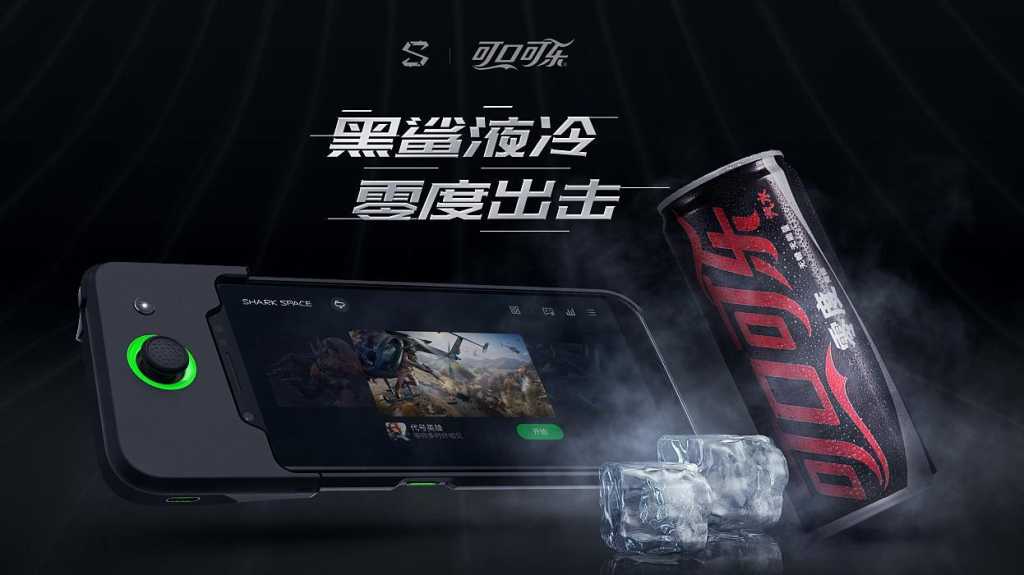 Last year’s Razer Phone certainly didn’t go unnoticed by gamers, and it seems to have also caught the attention of rival phone makers like Asus ROG and Xiaomi. Xiaomi, in collaboration with Nanchang Black Shark Technology Co. Ltd, has announced Black Shark, a high-end gaming phone with some impressive hardware that is due to launch in the coming weeks.

When is the Xiaomi Black Shark release date?

Following a 13 April 2018 reveal, Xiaomi announced that the Black Shark would become available to purchase in China and select other markets from 20 April 2018. The bad news is that it isn’t officially coming to the UK, though that may not stop you from getting your hands on one.

How much will the Xiaomi Black Shark cost?

JD.com has signed a three-year deal with Xiaomi to stock the Black Shark for distribution to China and other markets.

However, you should note that one of those markets will probably not be the UK. To get it here you’ll need to import it from a reseller, which will have slightly inflated prices over the RRP. On importing the phone to the UK, you will also be hit with import duty, which is calculated at 20 percent of whatever value is printed on the shipping paperwork.

If importing the smartphone sounds like too much hassle, why not take a look at our list of the best smartphones coming out in 2018?

In terms of design, the Xiaomi Black Shark looks like a cross between a 2018 flagship smartphone and a gaming laptop. While the front looks fairly unassuming with an 18:9 display and a built-in fingerprint scanner, the rear is anything but. Sporting a metal unibody, the rear is designed to provide extra grip when gaming and thus provides slightly raised surfaces for your fingers to grip.

You can get a better look at the rear in the below photo.

You’ll also notice a dedicated ‘Shark key’ on the left side of the smartphone. Though Xiaomi didn’t confirm its purpose during the announcement, materials released after announcement seem to suggest that it’ll activate a high-performance mode when gaming. It also features liquid cooling to keep the SoC cool in even the most intense gaming sessions, avoiding any potential performance issues when it matters the most.

Oh, and in terms of colours, you’ll be able to pick it up in Polar Night and Sky Gray.

Inside the Xiaomi Black Shark, you’ll find a Snapdragon 854 64-bit octa-core processor, clocked at 2.8GHz, along with an Andreno 630 GPU and either 6- or 8GB of RAM, depending on the model you opt for. The storage option dictates how much RAM you get; the smartphone comes in 64- and 128GB variants, with the former offering 6GB and the latter, 8GB. 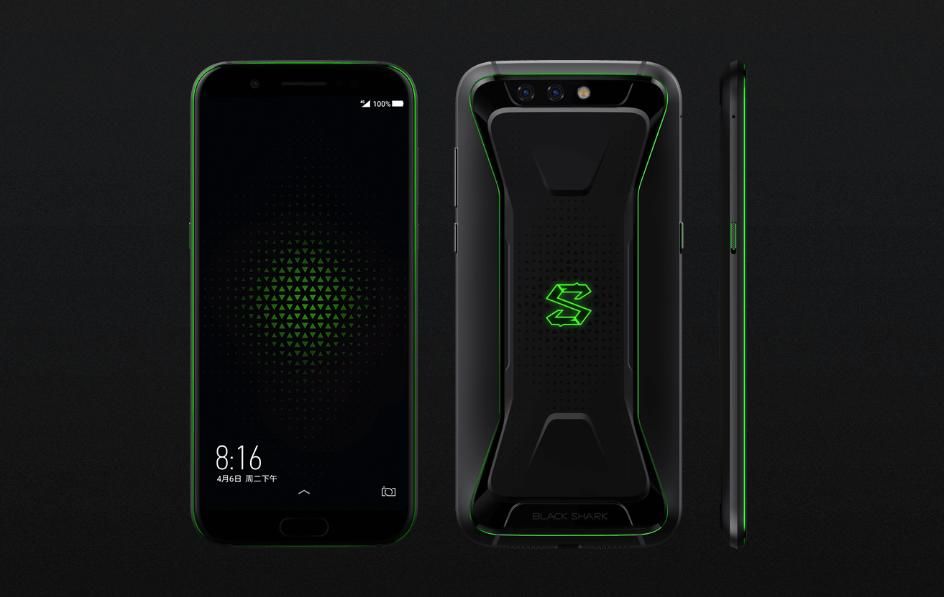 This is in line with what was leaked prior to launch, along with the 18:9 display that offers a fullHD+ resolution (2160 x 1080) and around 403ppi. You’ll also find a non-removable 4,000mAh battery that supports Qualcomm’s Quick Charge 3.0.

In terms of cameras, you’ll find a dual camera setup on the rear, comprised of 12- and 20-megapixel lens with f/1.75 aperture and dual-LED, dual-tone flash. It’s also capable of recording 4K video at 30fps, and features a ‘Smart Beauty’ feature that will enhance (see: over-airbrush) your photos. The company also claims that the rear cameras feature “Dark Light Enhancement Technology” that should enhance photography in low-light environments. On the front, you’ll find an impressive 20mp snapper with f/2.2 aperture.

The device also features a front-facing fingerprint scanner, though this isn’t embedded within the display. Like many other Android smartphones, you’ll find it embedded within the Home button and will provide contextual controls like DND, silent mode toggle and more when playing games. 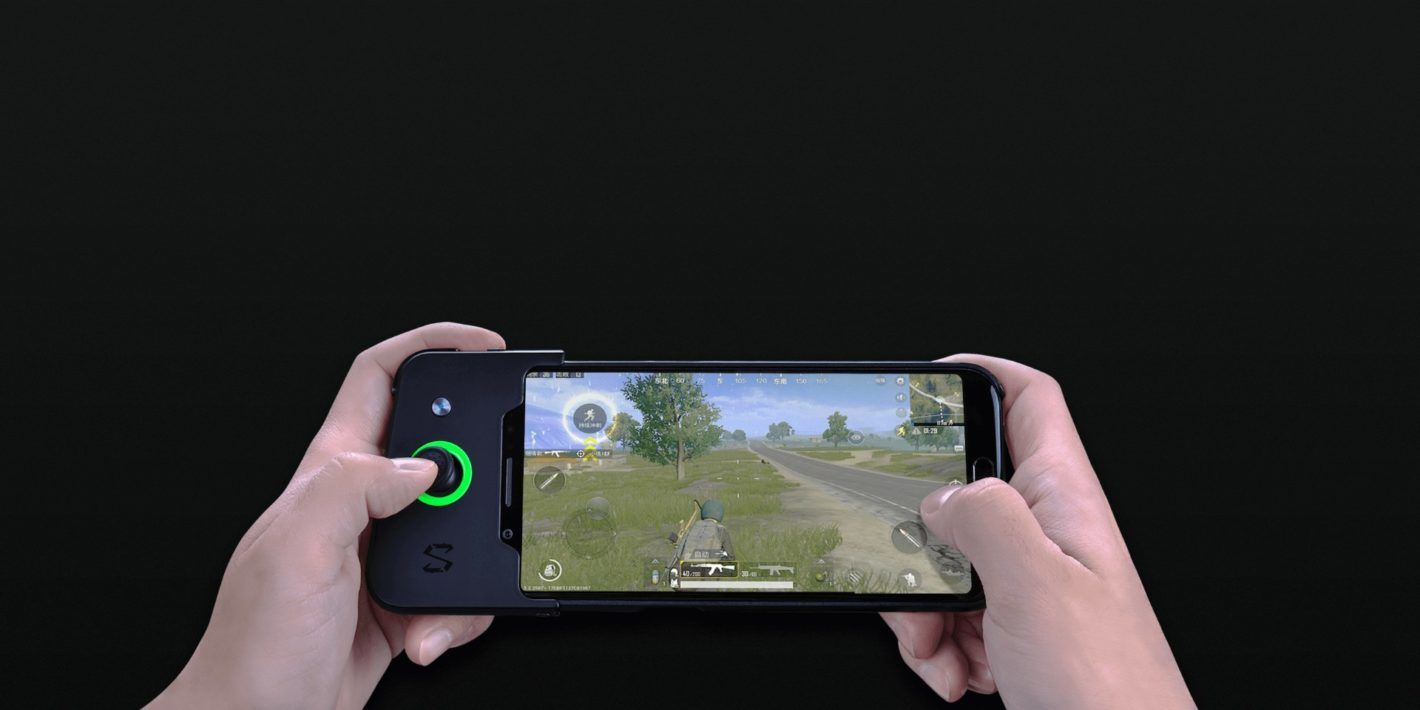 While that setup should be enough to impress most gamers, Xiaomi didn’t stop there. The company also announced the Black Shark Gamepad alongside the smartphone, an accessory that attaches to the top of the phone and provides an analogue stick and additional buttons, helping to improve the mobile gaming experience. The gamepad is said to connect via Bluetooth, and features a 150mAh non-removable battery that should last for around 3.5 hours before it’ll need to be charged.