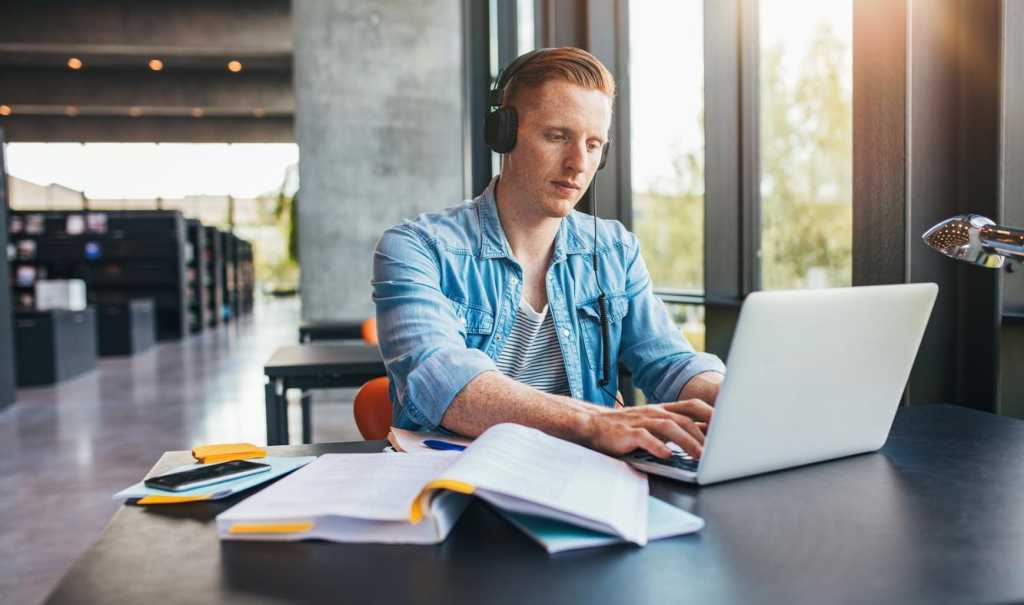 Microsoft Office has been around practically as long as Windows, and it is familiar software to virtually everyone who uses a computer. Time was when you bought it in a box and installed it from a disc, but things have changed.

These days, though, there’s a new way to buy it. Office 365 is a subscription that gives you the latest version – currently Office 2016 – but a whole lot of benefits besides. There are two different versions to choose between: Personal and Home.  Here, we’ll explain the differences between them and why both offer more than the standalone Office 2016 Home & Student package.

Office 2016 Home & Student includes Word, Excel, PowerPoint and OneNote. You can install it on just one computer, as you’re purchasing one licence. You’ll get regular security updates, but no new features.

Office 365, on the other hand, includes the full suite of Office applications including Publisher, Access and Outlook.

Aside from Publisher and Access, which run on PCs and laptops only, the other apps can be installed on all your devices: PC, Mac, phone and tablet. Plus, Office 365 users will receive monthly security and feature updates.

On top of that, you get one Terabyte (1000 Gigabytes) of OneDrive cloud storage for your files. This means you can create a document on your tablet, say, and then edit it on your phone and finish it on your PC. The fact that you can store documents in the cloud means they’re accessible from any device and it’s simple to share them with others.

There’s no need to worry about having an internet connection all the time, though. Office 365 runs offline just like the traditional version of Office. You’ll only need to be online to get updates and to access files in OneDrive that aren’t already synced with the device you’re using.

You can get Office 365 now from Currys PC World.

The best-value version of Office 365 is Home. Unlike the Personal version which allows you to install it on a single PC or Mac, the Home subscription lets you run it on up to five computers and five phones and five tablets.

Office 365 Home is ideal for families, then, but you could instead share the licences with friends. Essentially, the Home subscription is for five users, each of which gets their own 1TB of OneDrive storage.

A Terabyte is an enormous amount of cloud storage: more than enough to back up your phone’s camera roll and plenty more besides. 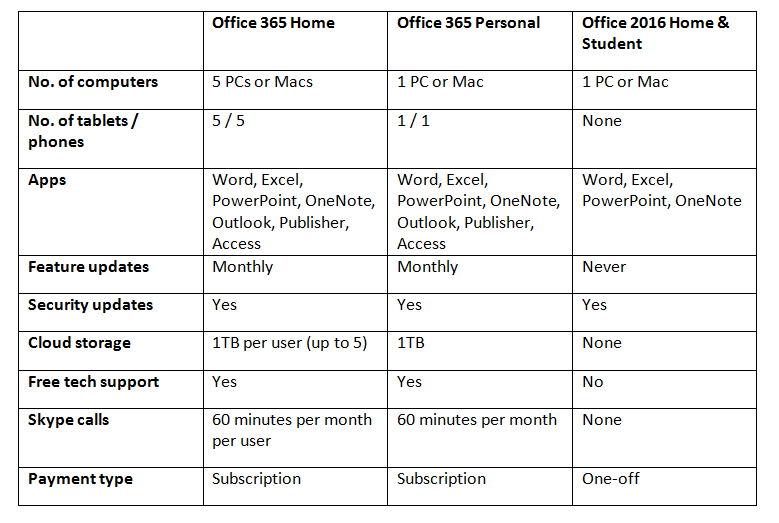 Office 365 subscribers benefit from regular new features. These can include everything from small tweaks and new templates to major additions.

For example, one of the most recent updates to Excel added the ability to easily deselect cells when you’ve accidentally selected too many. Not a major change, but a very useful one.

In PowerPoint, you can place 3D models into slides. But a recent update means you can now animate these within a single slide using the new controls such as Jump & Turn and Swing. Or you can use the new Morph transition to smoothly move between two positions across two slides.

A major addition to Word is the Researcher tool on the References tab. With this, you can enter your topic and the tool will display a list of results from around the web which you can include in your document, both as quotes and footnotes automatically. That’s a huge time-saver.