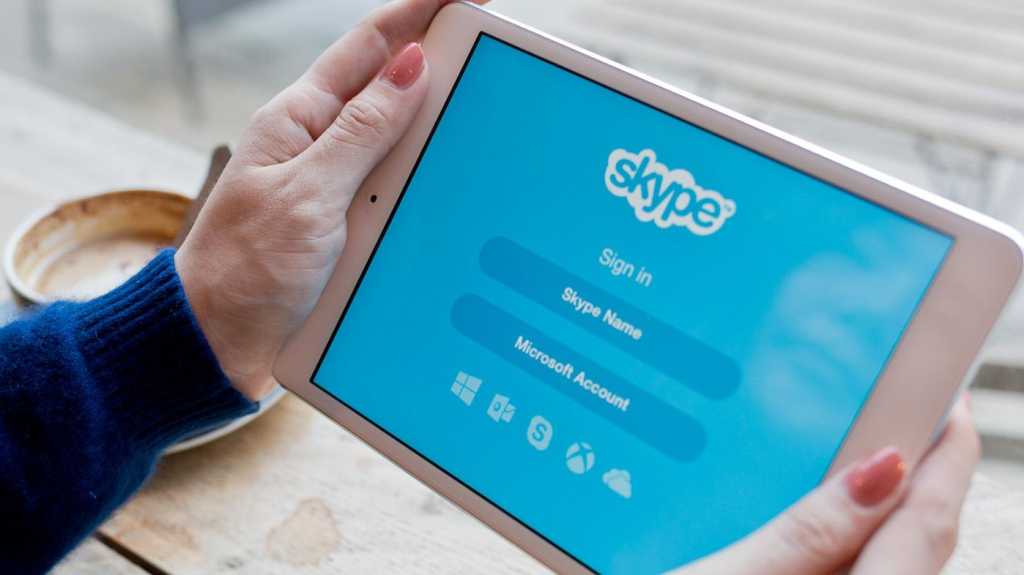 The key difference between phones and tablets is their size, but also the fact they don’t natively support phone calls and text messages. But phones are getting larger with each new generation, and it’s easy to make calls or send text messages from a tablet without it supporting 4G LTE. We show you how to make free calls on an Android tablet or iPad.

There are a couple of obvious options you may already be using to make phone calls on a tablet. Skype is an old favourite, allowing you to make video calls to any device running the app, but also to call landlines and mobile numbers. When used for the latter it’s the only app here to allow calls from a tablet that doesn’t require the recipient to be running any special hardware or software.

As an example, FaceTime is a video-calling option specific to Apple’s family of devices. It’s a brilliant tool if you’re all iOS users, but no use if your recipient doesn’t have an iPad, iPod or iPhone.

Here are some other free tools you can use to make calls from a tablet:

Use Amazon Alexa to make free calls on a tablet

Alexa, the voice assistant found inside Amazon’s range of smart speakers, has been available in app form to Android and iOS devices for some time. But only since March 2018 has it been possible to use that app to make free voice- and video calls to your friends and family.

You’ll need to download the Alexa app from the Apple App Store or Google Play, then verify your phone number to import your contacts. On some devices you’ll be able to tap the Alexa button and ask it to call a particular contact; on others you may need to find that person in the contacts section of the Alexa app and choose either the call or video call option.

Note that Alexa calling works only when your recipient is also using the Alexa app.

Use Google Duo to make free calls on a tablet

Google Duo is another free app available to both iOS and Android users, and although it requires a phone number to configure you can use the same number on both your phone and tablet. Since it’s a Google app, you might find it’s already installed on your Android device, but you will need to link your phone number before you can begin using it.

Google Duo is relatively basic, but it’s simple to use and works very much like FaceTime. You pick a contact, start a video call and then tap the screen to bring up options such as switching between front and rear cameras, mute the microphone or end the call.

There’s no group calling, no instant messages, just person-to-person video calls. We do like the Knock Knock feature, though, which let’s you see the caller’s video stream before you answer.

Another Google app you can use for voice calls is Hangouts, which is also supported on tablets. This is a calling and messaging service, while Duo is simply for video calls.

Use Facebook Messenger to make free calls on a tablet

Messenger, the Facebook companion app for private messages, also supports voice- and video calls over the internet. You can install it free from the App Store or Google Play as you would on a phone, then tap the phone icon at the top of a conversation with a friend to begin a call. Of course, this option is of use to you only if your recipient also uses Messenger.

What about Google Assistant and WhatsApp?

WhatsApp also supports phone calls over the internet, but it’s not technically available on a tablet. You can use WhatsApp Web to open the messaging service in Chrome and send text- and voice messages from your standard WhatsApp account, but the voice- and video-calling function is not supported.

Of course, you could sideload the full version of WhatsApp on to a tablet and use this as you would on a phone, but you’ll need a phone number to activate the service and it will break and require re-sideloading every time an update becomes available. Given the simpler options we’ve listed above, it’s probably more hassle than it’s worth.

Read next: Google Duo vs FaceTime vs Skype vs Messenger