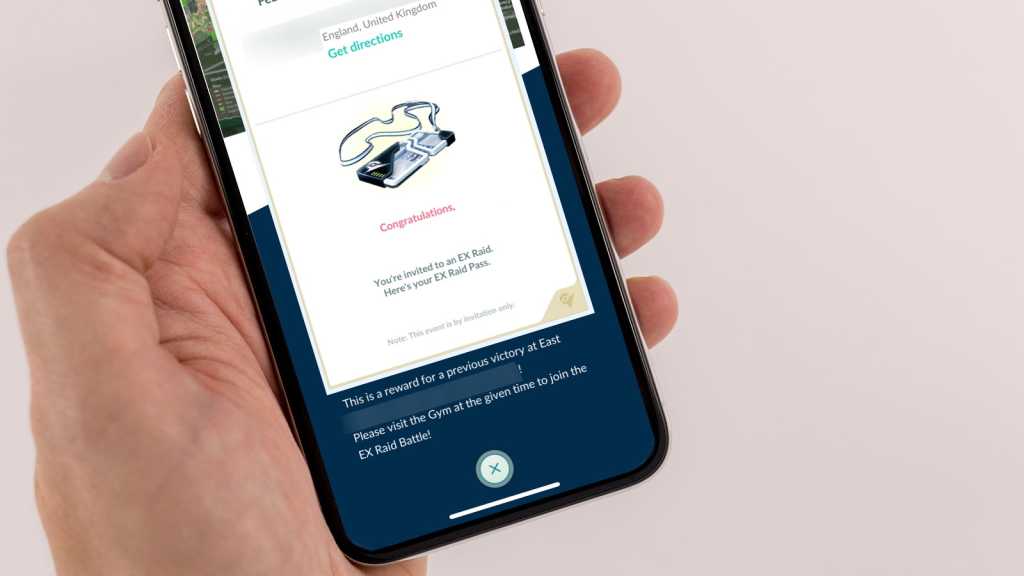 Ever since ‘Exclusive Raid Battles’ were announced back in August 2017, Pokémon Go players have been clamouring to get one of these special raid passes in order to catch MewTwo.

Niantic has offered some advice about eligibility, but even with this, very few people have received one. It isn’t that the advice is wrong: it’s just way too vague.

The company says you must have successfully completed a raid ‘recently’ at the gym where the EX Raid will occur, and that they occur most frequently at sponsored gyms and gyms in parks. It also recommends you have a high-level gym badge for that gym to be in with a better chance of getting an invite.

Fortunately, a lot more is known about the invitation process and hopefully it will help you get your own EX Raid pass.

Don’t forget to check out the latest Pokémon Go news.

Which gyms are eligible for an EX Raid?

It has been discovered that Pokémon Go uses the somewhat common method of S2 cells for dividing up the world into manageable and identifiable segments. These cells determine many things within the game, from weather to Pokémon spawn points and – yes – EX Raids.

There are 30 levels within S2 to enable a sphere to be split up into regions of different sizes. Using level 12 cells to divide up a local region results in there being just one or two EX Raid gyms per cell. 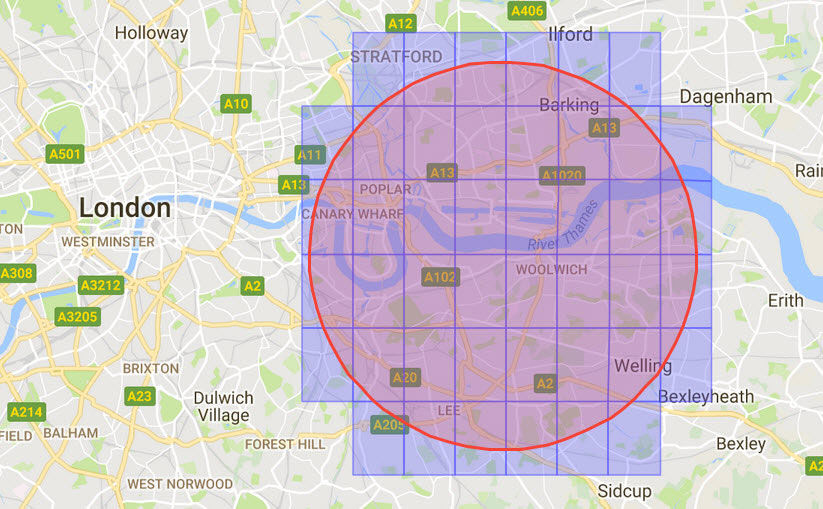 You can see how the level 12 cells divide up your local area by using the handy Region Coverer tool. Use the sliders to set min and max to level 12, then set the max cells to around 20. You can then use the rectangle or circle tool to draw over your local area(s).

Not all gyms within a cell are eligible for EX Raids, of course. Here, Niantic’s information helps, as you can narrow down which gyms to raid at to only those which are sponsored or – more likely – in a park.

What’s defined as a park? Recently, the game swapped Google maps for OSM. This means that only areas tagged as ‘park’ are considered a park in Pokémon Go.

If a park is large, it may straddle multiple cells. It’s well worth raiding at all eligible gyms in the park as raiding only within one cell won’t give you the best chance to get a pass.

How to raid at eligible gyms

Heading out on your own isn’t a good idea. It seems that there’s a minimum amount of raid activity needed at an eligible gym in order to ‘trigger’ an EX Raid. In February 2018 a wave of passes was sent out to people who hadn’t raided at the gym in question for months, and some had merely spun the photo disc or battled Pokémon in the gym. Niantic confirmed this was a bug.

So the best plan is still to arrange with local players to head out and hit those gyms together as a group.

Note that it isn’t necessary to catch the raid boss. Niantic’s definition of successfully completing a raid simply means defeating the boss.

When you participate in raids, it’s a good idea to use the ‘private group’ option. This prevents spoofers from joining in and potentially taking one of the limited EX Raid passes from those who play legitimately.

Will all this guarantee me an EX Raid pass?

Sadly not, but from my experience it isn’t necessary to have a high-level gym badge or have raided multiple times at that gym. A local group in the London borough of Bexley used these techniques to identify eligible gyms in two local parks and successfully triggered multiple EX Raids in both parks.

Not every player in the raids mentioned above received an EX Raid pass, but many did and many had never raided at those gyms before. Players also ranged from mid-level (under 30) right up to level 40.

There was also a mix of those who play for hours every day to others who played only occasionally.

Niantic has, however, made some teaks to the selection process. It says “the number of Gyms that meet the necessary criteria for an EX Raid Battle will increase. Additionally, the average number of Trainers invited per Gym will also rise, as we’ve made a few tweaks to the way they are selected. Thanks to these two changes, more Trainers will have the opportunity to engage with the EX Raid Battle feature.”

It went on to clarify that “Trainers with a higher level Gym Badge are now even more likely to receive an invitation for an EX Raid Battle at that location. Similarly, Trainers who complete more Raid Battles (at any location) the week before EX Raid Battle invitations are sent will now have a greater chance of being selected.”

You have to bear in mind that EX Raids seem to occur once a fortnight and passes are sent out in waves. So try and find out from local players if they know when the gym last hosted an EX Raid.

If it has never hosted a raid, you might have to raid there two weekends in a row to be sure your timing is right.

Expect to get around 10 days’ notice of the EX Raid. They can be on weekdays as well as weekends which means you may not be able to attend if you can’t take time off work.

It’s also a reason to carefully pick your raiding locations if you’re trying to get a pass: there’s no sense in raiding anywhere too far from home or work, or while you’re on holiday if you can’t return to that place in 10 days’ time.

How to catch MewTwo

You’ve a better chance of catching this elusive legendary than others. The base catch rate is set at 6% (it’s 2% for Kyogre), and you’ll increase your chances if you use a golden razzberry and throw a curve ball. Even more if you get a Nice, Great or Excellent throw.

Roughly, there is a 95 percent cumulative probability of catching MewTwo with six Great Curve balls (with a Golden Razzberry each time and the Gold badge for Psychic type Pokémon).

To maximise the number of balls you get, plan ahead and see if you can arrange with other players from your team to raid as a private group. The team which does the most damage gets extra balls (team contribution), so if there’s no-one from the other two teams, you get extra by default.

If your team also controls the gym in question – and you have a Pokémon in the gym yourself – you’ll get the gym control bonus which is two extra balls. There’s a maximum of 13 Premier Balls up for grabs. 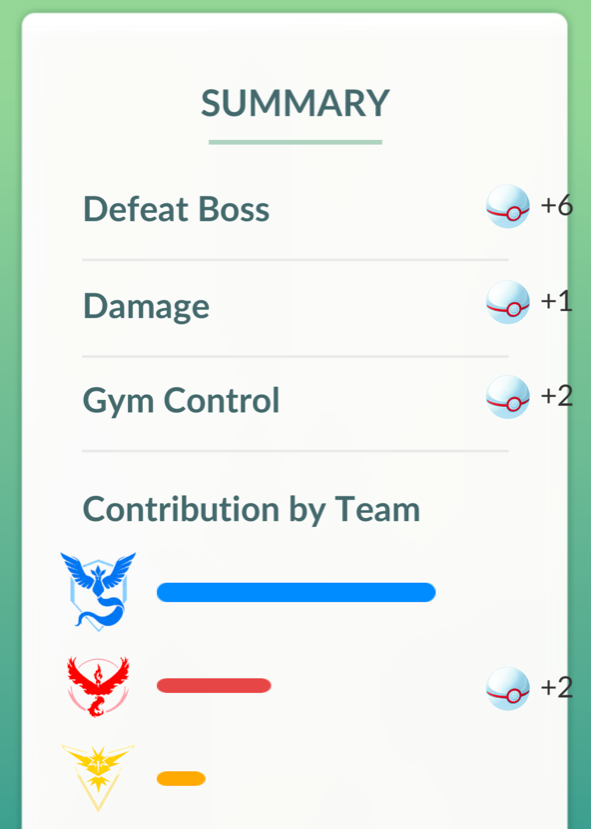 You can use the Battle Party feature to pre-select the Pokémon you’ll use to beat MewTwo, and avoid re-entering the battle with different Pokémon as this will reset your damage contribution: revive your first team using Max Revives if they all faint.

It’s possible to defeat MewTwo with a group of around six people, but if in doubt, don’t battle with only members of your team: join up with other teams. It’s very easy to defeat this boss with over 10 people.

Fortunately, Niantic has updated MewTwo’s distance and it’s now closer than before, so is easier to hit. If you want to practice, the most similar Pokémon in terms of distance and catch ring size are Snorlax and Arcanine. Sadly, they’re rare to find, but Pigeot and Clefable are also roughly the same distance.

In practice, MewTwo is not difficult to hit. Our best tip is to wait until the attack animation has just about finished (when it swipes its hand across its body – below) to launch your ball. 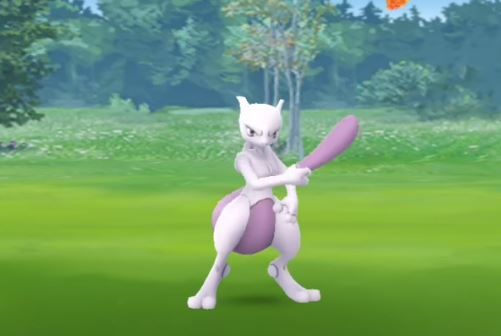