Out now in the UK and the US, the Avengers are assembling for the third time in Infinity War, the first part of the two-part culmination of the eleventy billion films so far in the Marvel Cinematic Universe. This is not to be confused with The Avengers Project, the upcoming videogame take on the characters which may or may not tie directly into some of the films.

Avengers: Infinity War is out on home entertainment everywhere right now. If you’re in the UK you can get a  disc version here or the  digital here, and in the US you can get it on digital here or on  Blu-ray and DVD. There are also special editions of the 4K UHD version exclusive to Best Buy and Target respectively in the US.

We also know the core set of special features (which will naturally vary by format, edition, and region, so check before you buy), though so far there’s no sign of the rumoured extended ‘Thanos cut’ of the film, with an extra 30 minutes of the Mad Titan’s backstory.

Behind the scenes featurettes:

Unsurprisingly, the cast for Infinity War is sprawling and difficult to keep track of, as it features just about everyone who’s ever starred in any of the prior 19 (!) MCU films. Still, we’ll do our best:

Looking behind the camera, Joss Whedon is out after directing the first two Avengers films, replaced by Joe and Anthony Russo – no bad thing though, as they made the thoroughly excellent Captain America films Winter Soldier and Civil War, proving they know how to juggle a cast of thousands.

The script is by Christopher Markus and Stephen McFeely, best known for, well, Winter Soldier and Civil War as well actually. So that’s good. The pair also wrote the first Captain America and second Thor films, along with creating the brilliant Agent Carter TV show, so they’re well-versed in the MCU.

For a long while Disney and Marvel didn’t release too many official images or posters from Infinity War, but there’s since been a bit of a deluge.

The best image we have for Infinity War is actually one of the oldest: the mega-poster assembled out of a smaller series of posters unveiled for San Diego Comic-Con 2017:

There’s also the film’s initial teaser poster, which bears more than a passing resemblance to similar posters from the first two Avengers films: 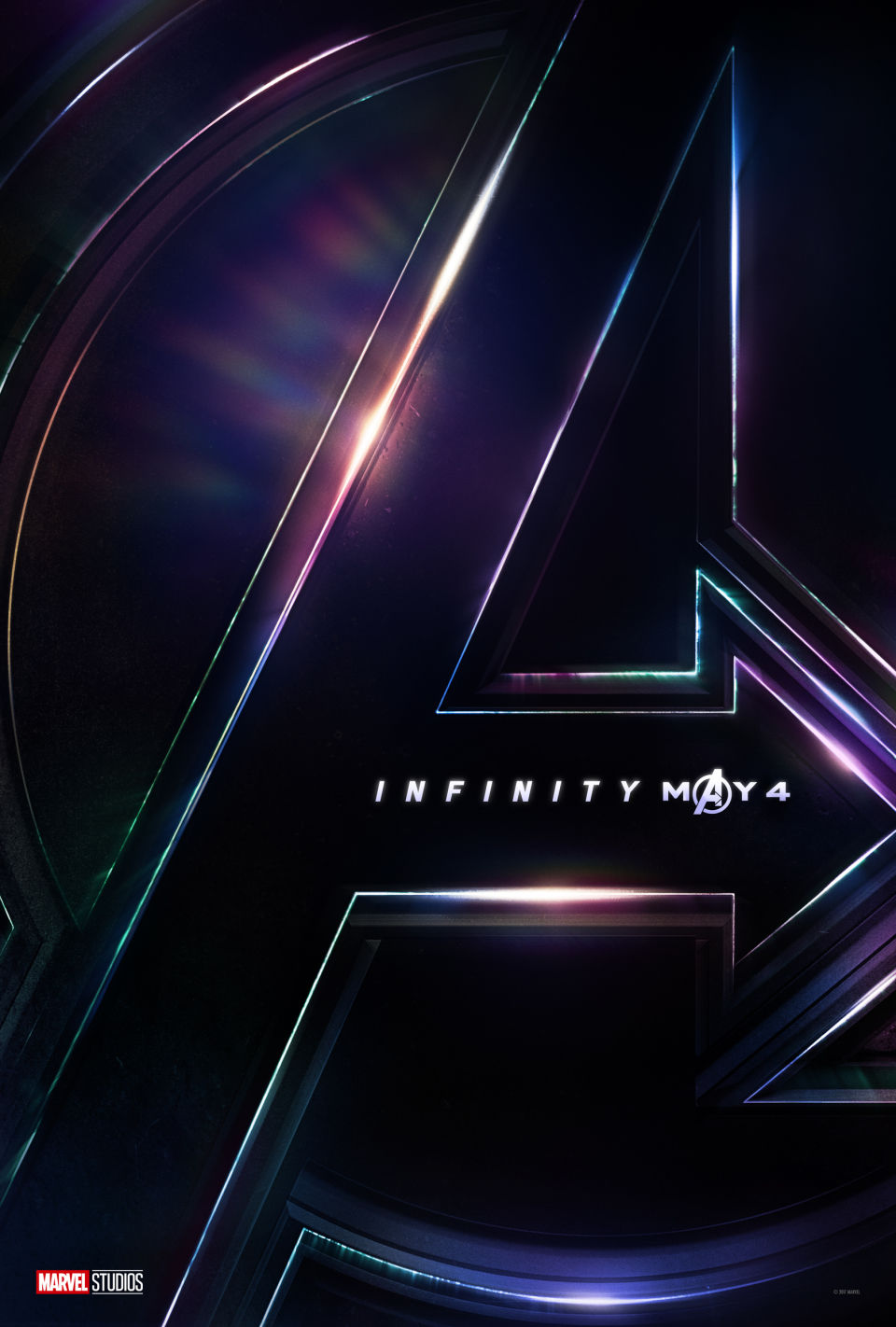 In March 2018, Marvel released a whole lot more. Total Film netted this image which shows Captain America and allies looking out across Wakanda, presumably just before (or after) the big fight the trailers are teasing. Everyone looks impressively moody though, so you can tell things are serious. 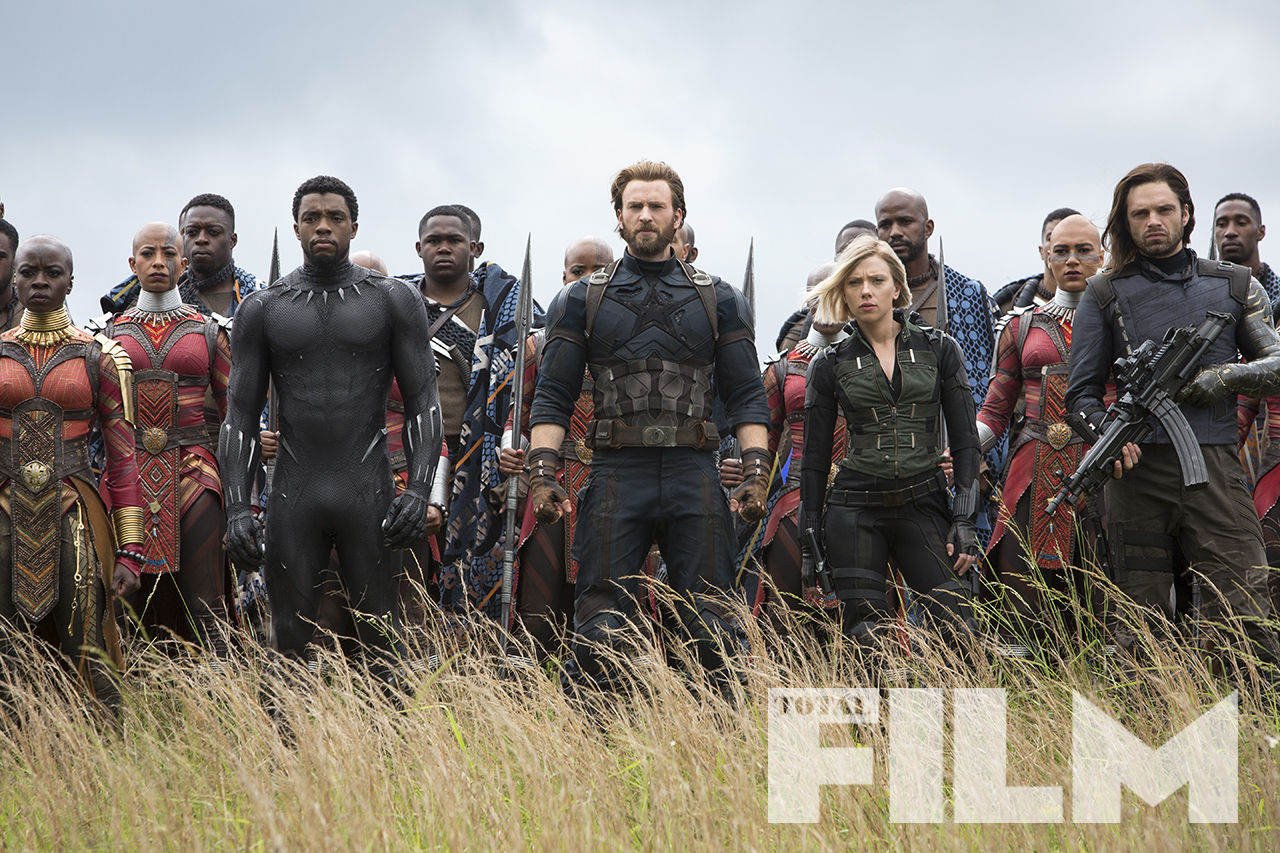 The exact same day, Entertainment Weekly outdid them handily however, unveiling eight new photos and a whopping 15 collectors’ covers, some of which feature some very surprising new looks – more on that in our plot and spoiler section below. Check out all the covers right here, and click through the link to see them in full. 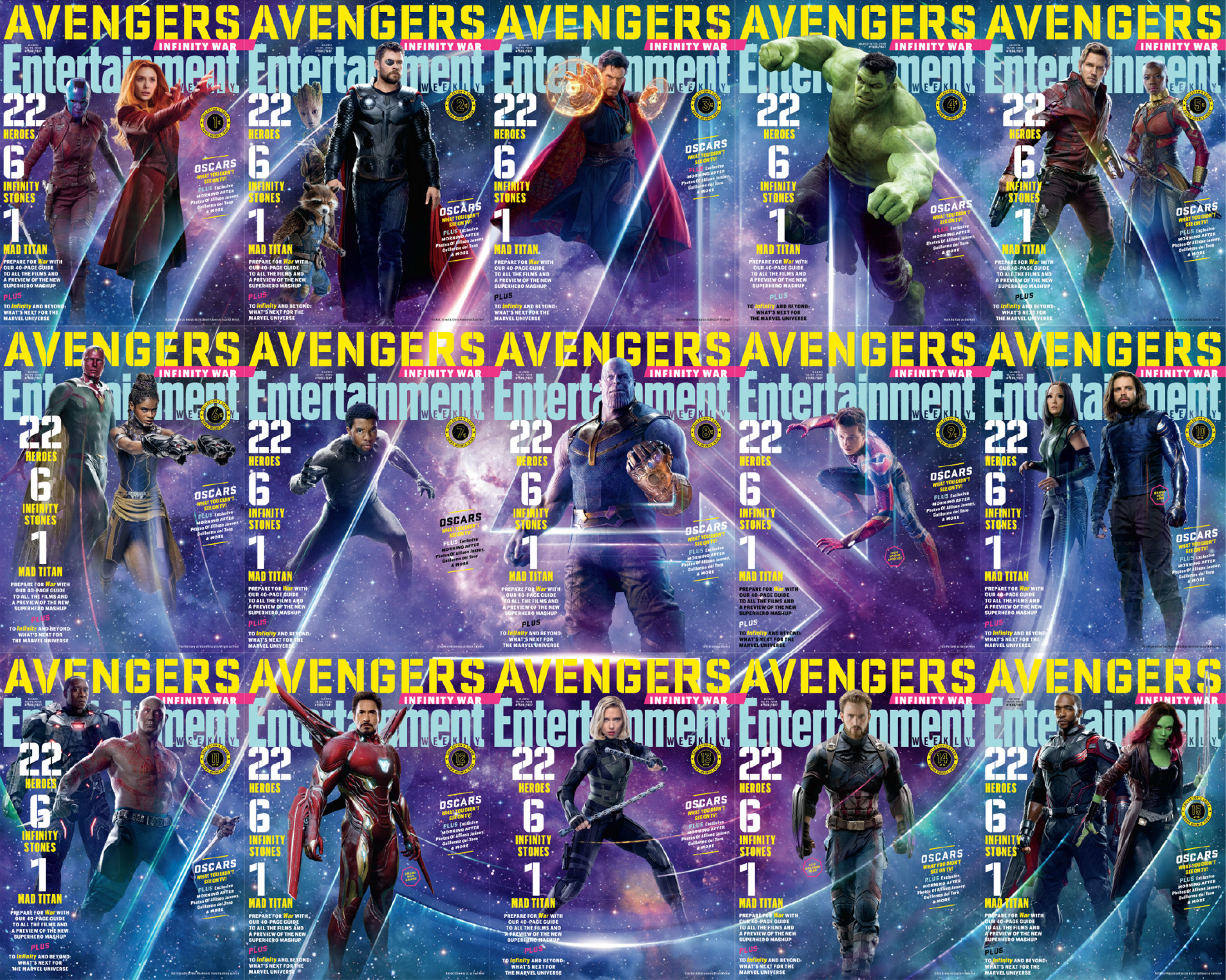 To mark the launch of ticket pre-orders Marvel launched another poster that serves only to emphasise just how ridiculously giant the film’s cast is – to put it in perspective, this is actually missing quite a few of the film’s heroes. 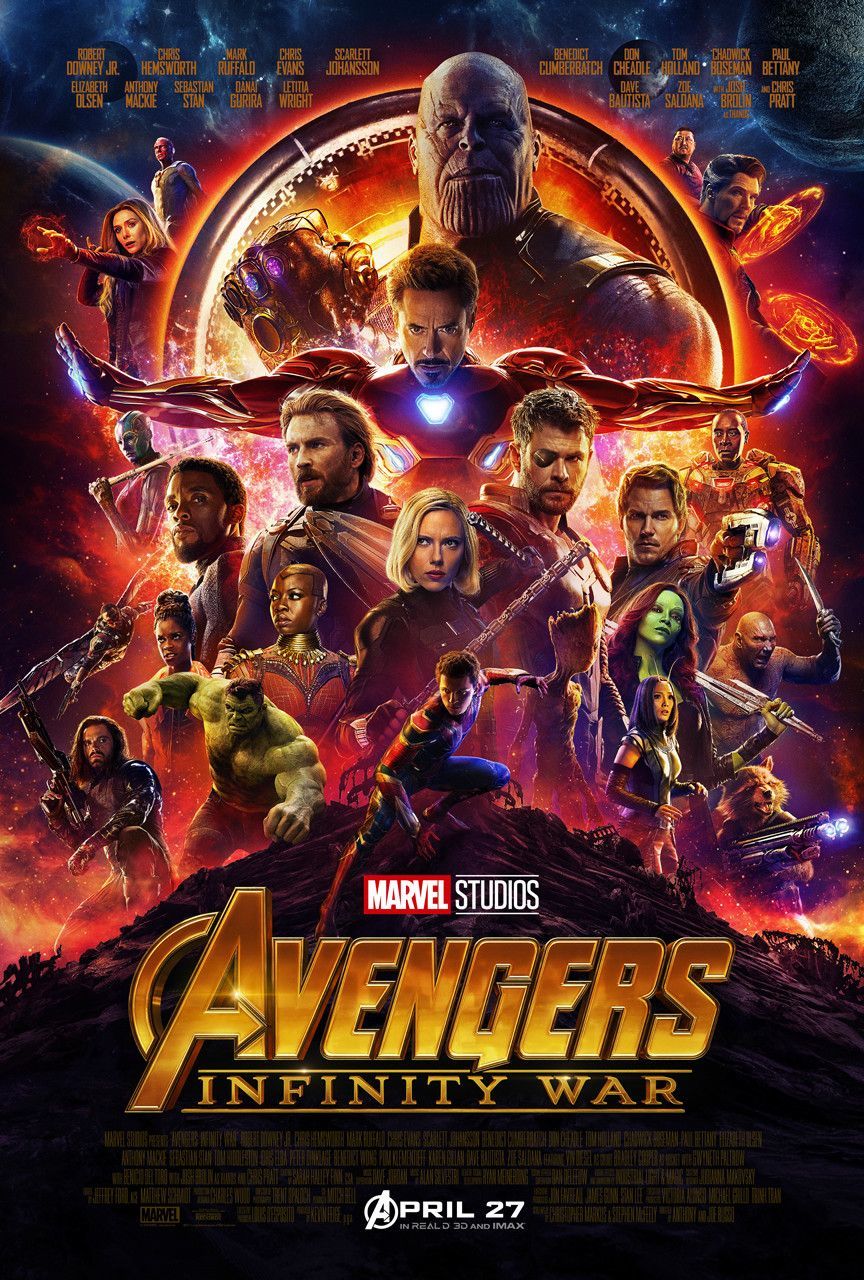 That’s not all though, and there is apparently no end to the posters for this film. First up, there’s an (almost) comprehensive set of 22 character posters for the film, a few of which you can see here: 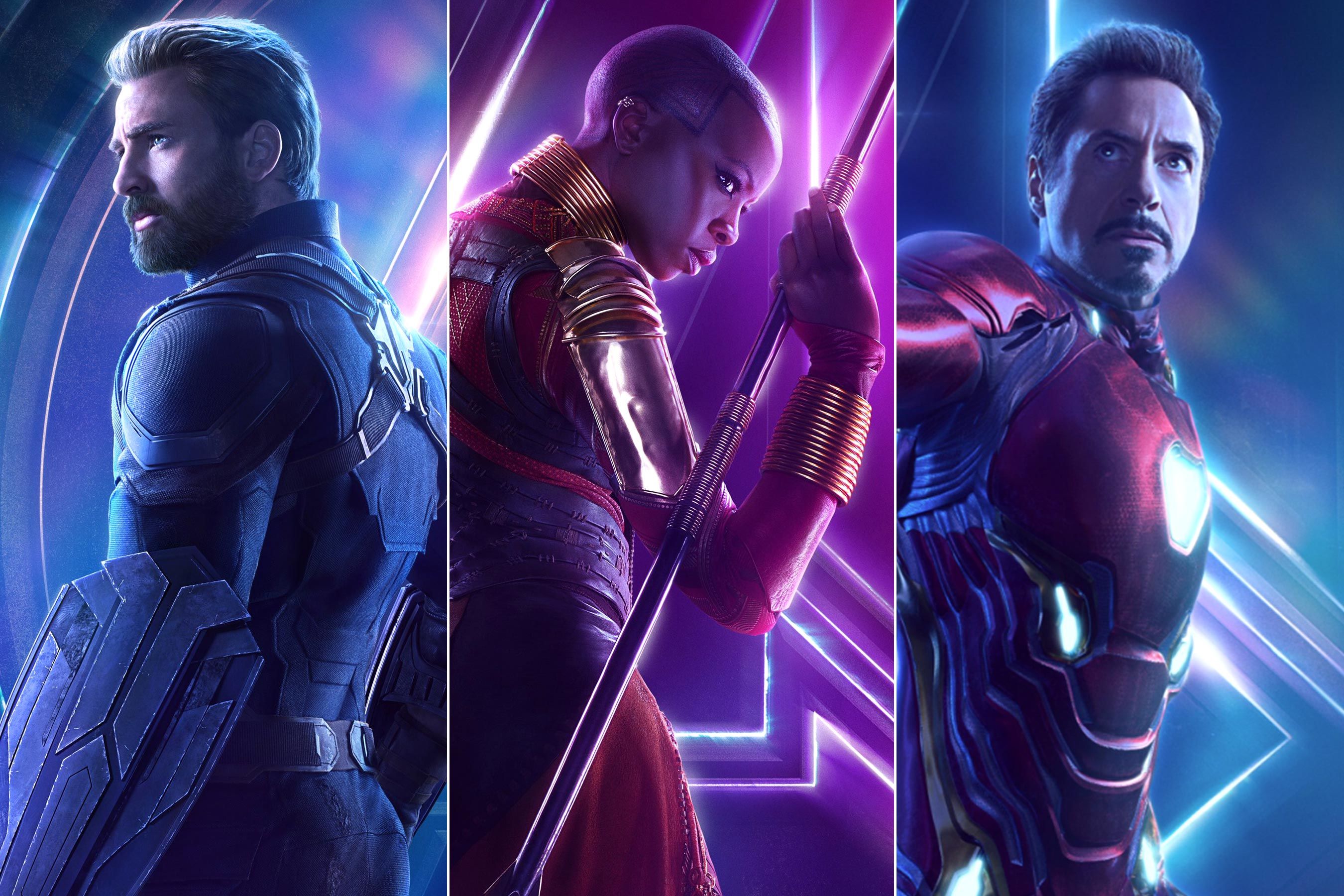 We’re still not done though. After releasing those 22 posters, Marvel then went and followed them up with a special poster for the Imax release of the film, which will include some scenes shot in the vertically expanded format: 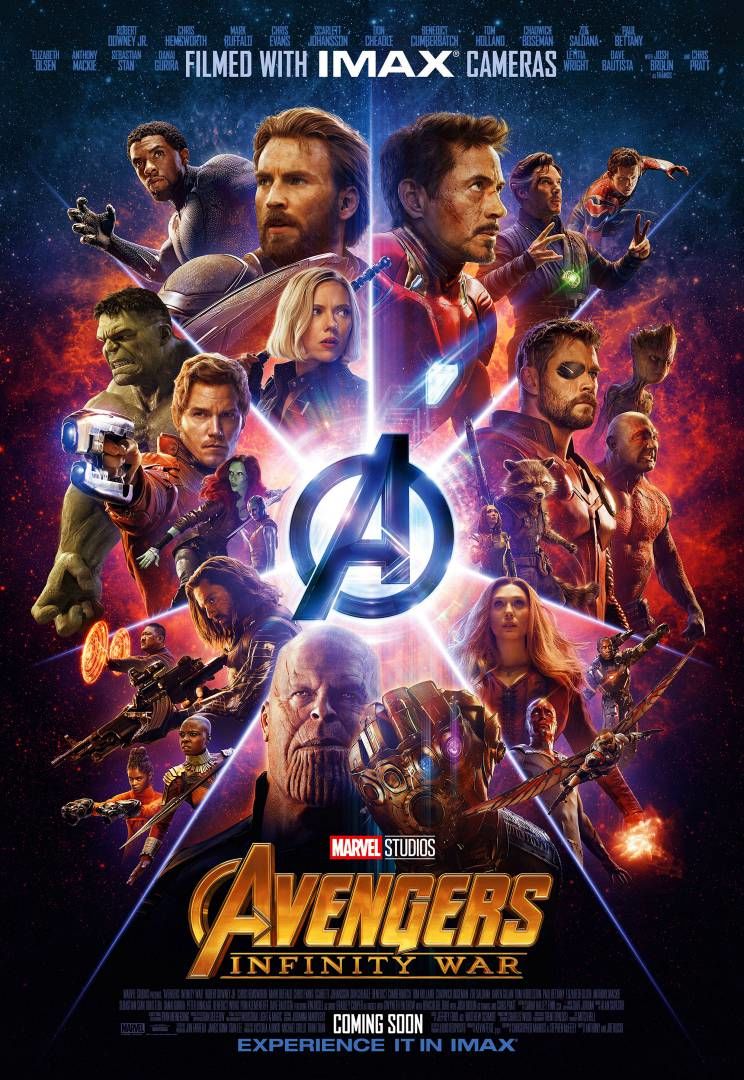 So far there have been three official trailers for the film – not counting the initial footage screened to fans at San Diego Comic-Con 2017. The first, embedded at the top of the page and again here, is our best look at the plot, spanning from moody voiceover to all-out war.

More recently, the latest trailer is another plot-focussed one, telling us more than ever before about Thanos, and showing off the absolutely enormous scale of some of the fight scenes.