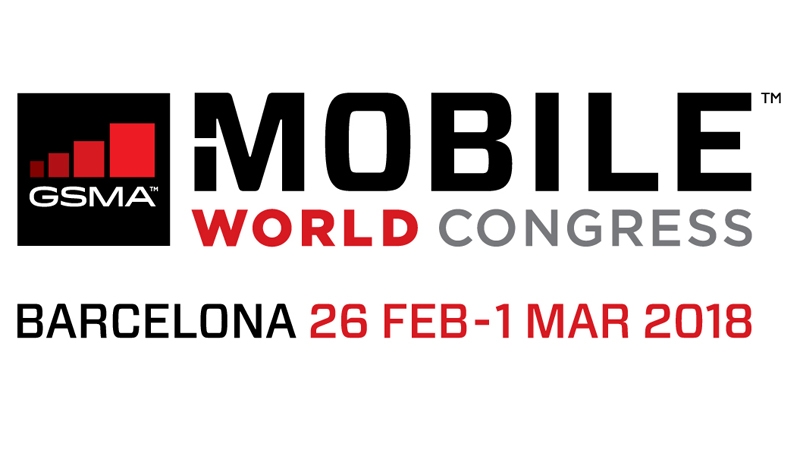 MWC 2018 starts on Monday, though most of the big press conferences we’ve been waiting for will be held today before everything kicks off. We outline what new products to expect from the consumer tech scene’s biggest names.

We’ve included our live blogs for the four big brands holding MWC press conferences – Sony, Nokia, Samsung and Huawei – below, and if you can’t see them you should click here for a non-mobile optimised version of this page.

The star of the show is undoubtedly going to be the Samsung Galaxy S9, despite the fact it isn’t set to be all that different from the Galaxy S8. We’re also hoping for some hands-on time with the Nokia 9 (which may in fact be the Nokia 8 Sirocco) and a new Sony flagship that for now we’ll call the Sony Xperia XZ1 Premium (and that may in fact be the Xperia XZ Pro or Xperia XZ2). Motorola will probably be focused on its budget smartphones, and we could see a trio of G6 devices.

Sadly, Huawei, HTC, Xiaomi and LG will not be announcing their flagships at this year’s show. Apple, Google and Microsoft will also be absent from the show.

The Samsung Galaxy S9 and S9+ will be announced at a Samsung Unpacked conference at 6pm CET (5pm UK time) on Sunday 25 February ( see how to watch here).

We have to say they’re not likely to be huge upgrades on the Galaxy S8. The Plus version will likely get the Note 8’s dual-camera, while both models will see a performance and efficiency upgrade with the second-gen 10nm Snapdragon 845 chipset inside. Check out some of the cases that are already available for the S9 here.

Design-wise the only change is thought to be the relocation of the fingerprint scanner from beside the primary camera to below; rather than the under-display fingerprint scanner we were hoping for the Galaxy S9 should see some improvements to its iris scanner.

If you want to make sure you can grab an S9 as soon as it’s on sale, if you’re in the UK you can pre-register your interest with Carphone Warehouse or Mobiles.co.uk. They’ll then let you know all the details about the phone as they’re officially announced at MWC, as well as give you the chance to pre-order it.

The optional DeX dock will also get an overhaul, now in the form of a wireless pad.

Samsung’s Galaxy Tab S4 also has an outside chance of getting a mention, but we think this is much more likely for IFA in September.

Huawei is another one that has dashed our hopes just ahead of MWC. Though it will be holding a press conference on Sunday 25 February (see how to watch here), its flagship Huawei P20 will be announced during a separate Paris launch event on 27 March. This is allegedly due to issues caused when its attempts to move into the US market fell flat.

At MWC 2018 we could see Huawei focus on new models in its MateBook line. There is a very slim outside chance it will announce the Watch 3, though we think it’s unlikely that it will arrive before Android Wear 3 is announced. Huawei could also surprise us with a smart speaker announcement, a product category in which it is notably absent.

We’ve been waiting forever (okay a year but it feels like forever) for Nokia to announce its flagship Nokia 9, and that day may be nearly here as the company is running out of other numbers to append to lower-spec models. There’s just the Nokia 1 and Nokia 4 to go, which also may see a MWC 2018 announcement along with a 4G version of the retro Nokia 3310.

The 4G 3310 has already been announced in China, as has the new Nokia 6 for 2018 – we could also hear UK-specific details for this at the show.

Or at least that’s what we thought… NokiaPowerUser seems to think the phones we’ll see unveiled at MWC include the Nokia 1, Nokia 6 (2018), Nokia 7 Plus, Nokia 8 Sirocco (the Nokia 9 as we know it), and an unnamed feature phone.

Nokia will be holding a press conference at 4pm CET (3pm UK time) on Sunday 25 February, and promises some exciting product news. (See how to watch live here.)

The Nokia 9 is tipped to be very much in line with the likes of the Galaxy S9, although hopefully with a lower price tag and a vanilla version of Android 8.0 Oreo.

The Nokia 9 is expected to come with a gorgeous glass front and back design and an 18:9 display. It’s likely that we’ll see a dual-camera with Zeiss optics and top-end performance from the Snapdragon 845.

Ah, Sony. Tries its best to keep us on our toes with its naming schemes, so who knows what it will call its next smartphone. For now our money is on Sony Xperia XZ1 Premium, as that is the next logical name following recent history, but there’s increasing talk of a Sony Xperia XZ Pro, or even a Sony Xperia XZ2 (which we weren’t expecting to arrive until September).

We’ll find out for sure during Sony’s press conference, which takes place on Monday 26 February at 8.30am CET (7.30am UK time). See how to watch live here.

Sony’s phones are brilliant devices, but in recent years they’ve struggled to keep up with the competition – particularly in terms of design. That could be about to change, with the company finally ditching its OmniBalance design and familiar tall, rectangular, angular chassis for something with smoother corners and slimmer bezels. We could finally see a borderless screen on a Sony phone.

The upcoming device is expected to be a premium model, so a 4K screen and the Snapdragon 845 chipset should feature. We could also see a dual-camera implemented, but is it wishful thinking to hope for wireless charging and an under-glass fingerprint sensor? Probably.

LG has finally confirmed to us that it is not holding a press conference at MWC 2018. The  LG G7 will not launch at the show.

However, LG will have a presence in Barcelona, and is tipped to announce the LG V30+a, a version of the LG V30+ with enhanced AI, potentially alongside some mid-range smartphones.

Xiaomi will have a booth at MWC, but it will not be launching its flagship Xiaomi Mi7 there. This is rumoured to arrive in April, and it could feature the under-glass fingerprint scanner we won’t be seeing in the Galaxy S9. The upcoming flagship should be joined by a Plus model, both running the Snapdragon 845 with 18:9 full-HD displays and wireless charging.

Though it won’t announce its flagship, an updated version of the Mi Mix 2 is possible. Rumours suggest such a device will launch as the Mi Mix 2S around February and will be in essence the same device but with the Snapdragon 845 processor inside.

Motorola is unlikely to announce a flagship at MWC – its Z3 family will come later in the summer – though we could see an update to its budget Moto G family in the Moto G6, G6 Plus and G6 Play. It is not holding a press conference, however.

One of the most exciting things about this new budget trio – aside from the fact they are among the most popular budget phones in the UK – is the fact they will feature borderless 18:9 displays, which are not at all common in cheap phones.

The Moto G6 Play will be a new addition to the line-up with a larger-capacity battery but some slimmed-down specs that allow for a cheaper price tag.