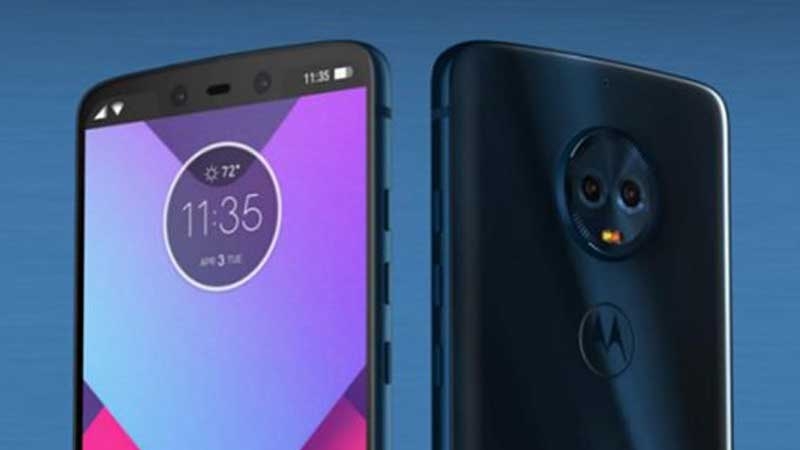 There’s not a huge amount to go on for the Moto X5 just yet, and that’s likely because it’s still six months from launch. The mid-range  Moto X4 was announced at IFA 2017, and we’d expect to see its successor at IFA 2018. However, images have leaked that give away some juicy details.

Leaked via Droid-Life, and verified by trusted tipster @evleaks, the Moto X5 images reveal a compact phone with front- and rear dual-cameras and a borderless design that has an iPhone X-like notch at the top of the 5.9in full-HD (2160×1080, 18:9) IPS display. It will be interesting to see how Android notifications will work with such a setup.

(Also interesting is the fact that the top-end Moto Z3 is expected to come with a 6in borderless display, but no notch.)

Moto’s Smart Ai is also said to be included, and the image shown above reveals what looks to be a white software button replacing the previous home button. On the Moto X4 you could use the home button for swipe gestures, so it’s possible this continues that theme.

No fingerprint scanner is pictured, though it’s possible it is either embedded in the display or built into the Motorola logo on the rear.

According to GSMArena the Moto X5 will additionally feature an aluminium frame with glass front and rear, IP68 waterproofing, Gorilla Glass 3, an octa-core processor, 4GB of RAM, 32- or 64GB of storage (with microSD support up to 256GB), a 12Mp + 8Mp dual primary camera plus 16Mp + 8Mp selfie camera, dual-band ac Wi-Fi, Bluetooth 5.0, USB-C and a 3,300mAh battery.

When is the Moto X5 release date?

Phone manufacturers usually follow an annual release pattern. We saw the Moto X4 at September’s IFA 2017, so we’d expect to see the Moto X5 at IFA 2018. This year the tradeshow runs from 31 August.