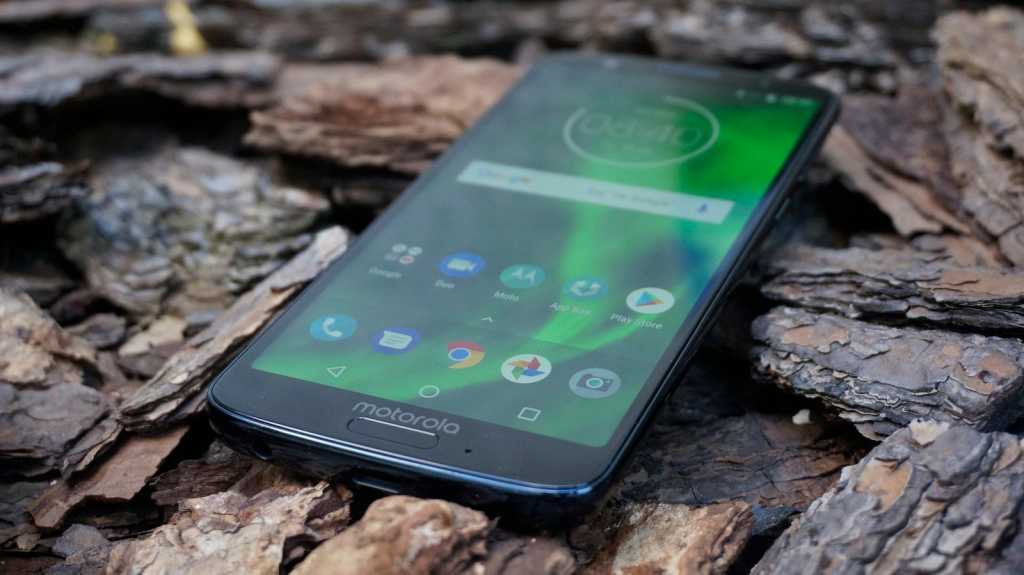 Despite their affordable price tags, 18:9 displays and dual-cameras adorn the new entrants to Motorola’s budget Moto G family. Available to buy in the first week of May, prices start at a tiny £169/199€. Here’s everything you need to know about what could be the UK’s best budget phone for 2018, the new Moto G6.

When is the Moto G6 release date?

How much does the Moto G6 cost?

The Moto G6 will be available in Sterling Blue, Indigo Blue, Silver and Fine Gold.

The Moto G6 might have a budget price, but its design would not suggest as much. All three new models support 18:9 ‘Max Vision’ displays, which are usually found in phones costing significantly more. The Moto G6 and G6 Plus also have attractive glass rears reminiscent of flagships.

The design has changed, thanks to the taller displays, but all are still immediately recognisable as Motorola phones. They feel great in the hand, too. ( You might still want to add a case.)

Viewed from the front the three are similar, though the Play lacks the front-facing fingerprint scanner and has a lower-resolution HD+ display. It has the same size screen as the Full-HD+ Moto G6, though, which at 5.7in is just 0.2in smaller than that of the Moto G6 Plus. All three sport 8Mp selfie cameras above this display. 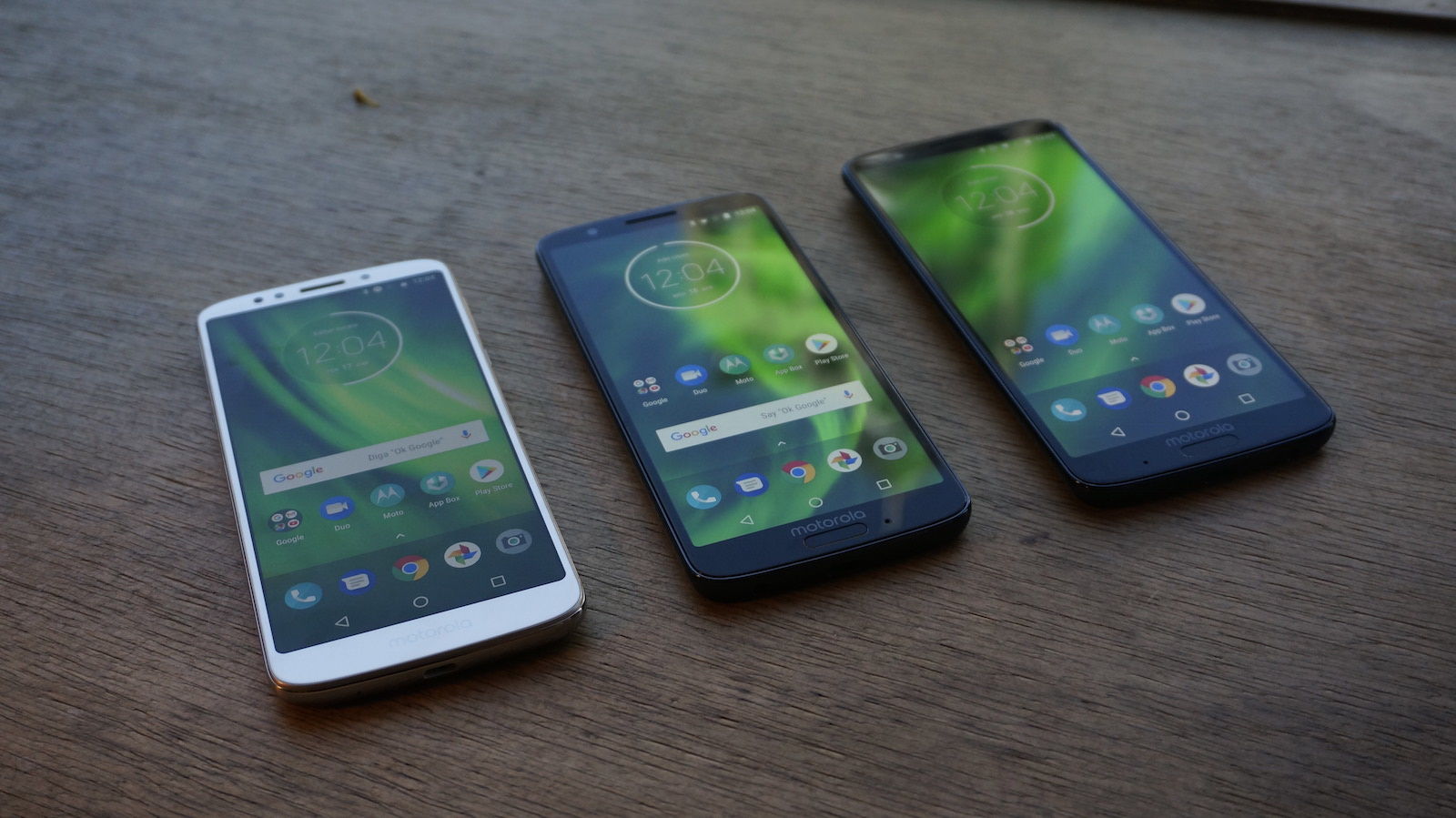 From the back you can see Motorola has not entirely forgotten about the fingerprint scanner on the G6 Play, and here it is under the primary camera. You’ll note, though, that this is a 13Mp single-lens model, while both Moto G6 and G6 Plus have dual-cameras with 12Mp and 5Mp lenses.

Whereas most dual-camera phones use the second lens for telephoto or perhaps a monochrome sensor, Motorola employs various tricks. For example, it enables a portrait mode with bokeh-effect blurring, and the ability to pick out a single colour in an otherwise black-and-white shot. 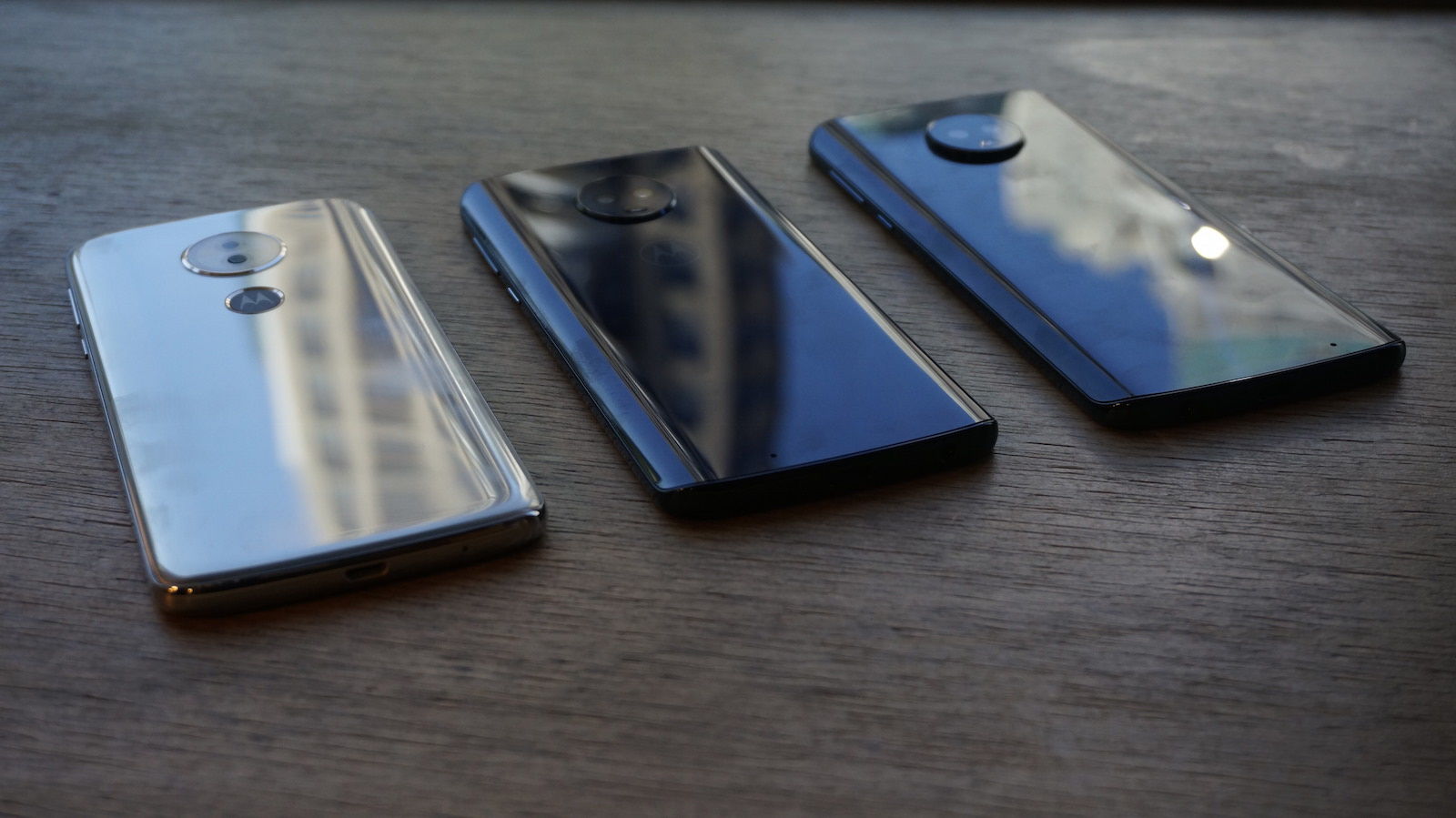 The camera also juts out more than it does on either of its brothers, though this is partly due to its slimmer 8mm chassis. The Moto G6 itself is no chunk at 8.3mm, and weighs the same at 167g, while the Moto G6 Play feels more substantial at 175g and 9mm thick.

Part of this extra weight is due to the higher-capacity battery in the Moto G6 Play, here at 4000mAh against the 3000mAh of the G6 and 3200mAh G6 Plus. All three support TurboPower fast charging, which is achieved over a USB-C port for the two premium models, and Micro-USB on the Play. Motorola says this battery can last up to 36 hours on a single charge. 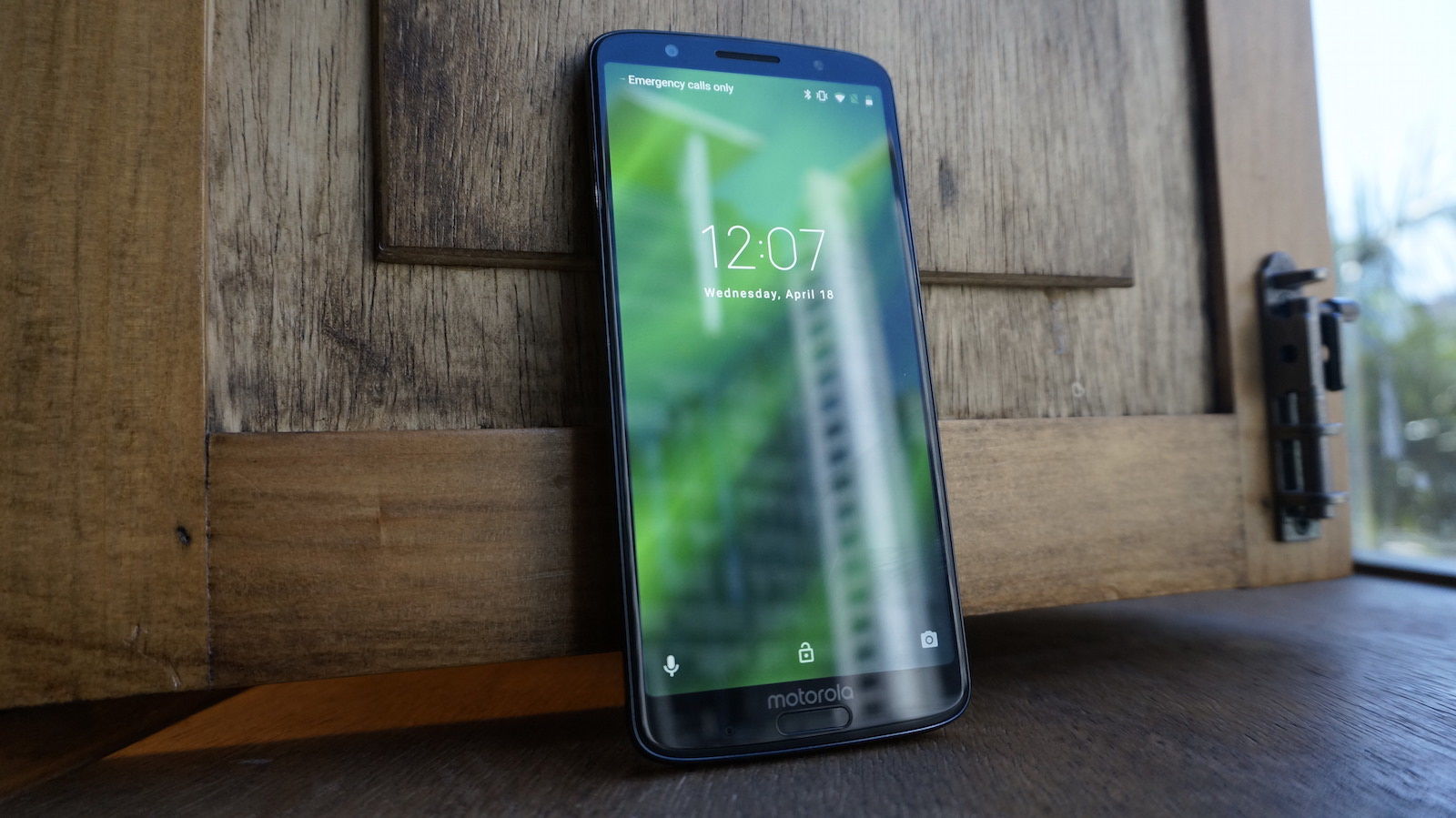 Aside from the battery, though, in general the specifications are a lot lower on the Play than they are either of its brothers, accounting for the £50 lower price tag (£100 compared to the Plus). It has a Snapdragon 430 processor clocked at 1.4GHz, which is integrated with the 450MHz Adreno 505 GPU and supported by 3GB of RAM.

Both G6 and G6 Plus have faster processors, fitted with the 1.8GHz Snapdragon 450 and 2.2GHz Snapdragon 630 respectively, but they also have potential for more memory. The standard model has either 3- or 4GB of RAM, while the Plus comes with 4- or 6GB of RAM. As such it should have the fastest performance of all three phones – though do remember these are by no means flagships. 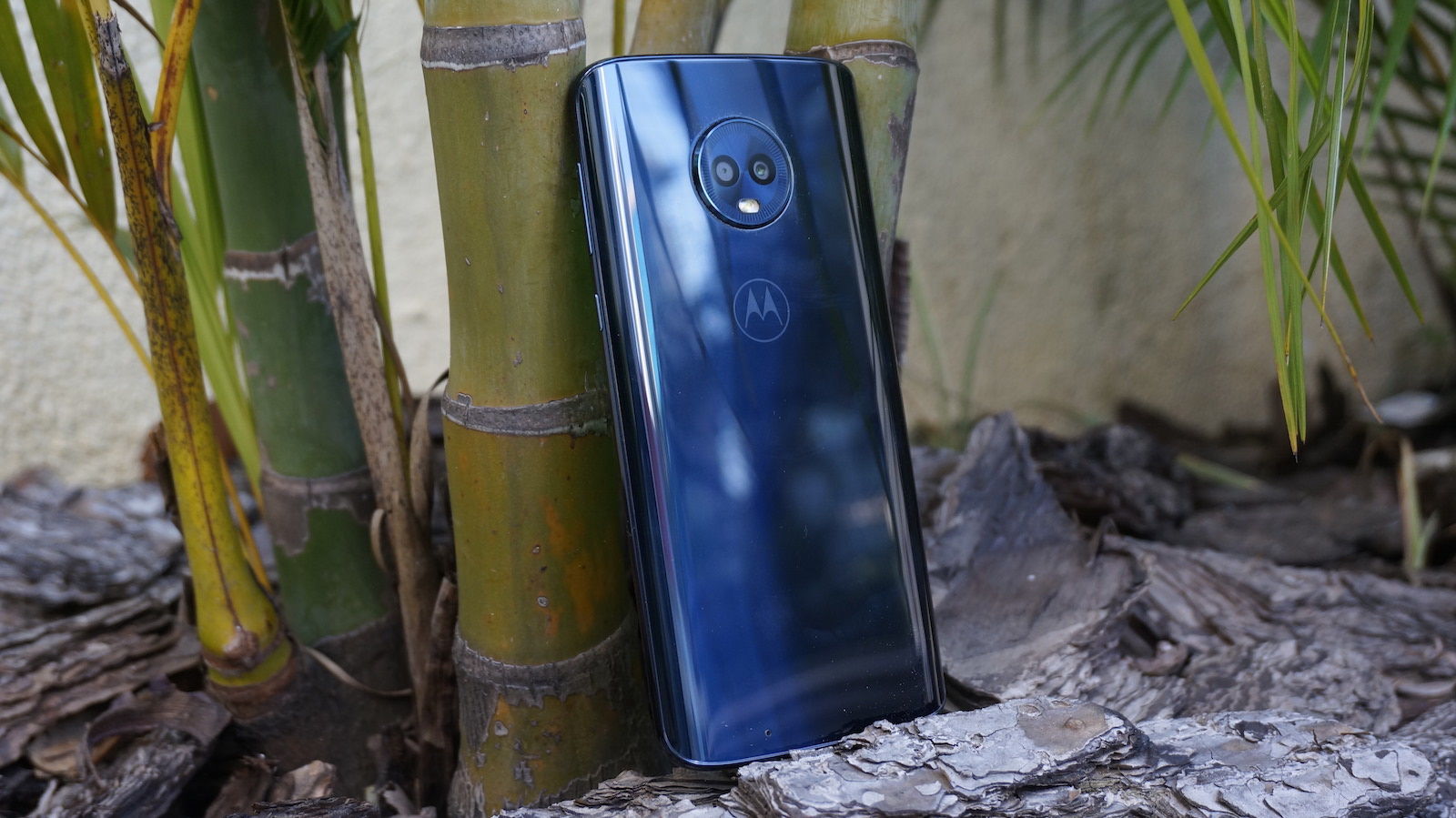 Storage is set at 32GB for the Play, and you can optionally select 64GB for the Moto G6. The Plus supports up to 128GB internal storage, and all models can be boosted using a microSD card up to 128GB in capacity.

It’s nice to see front speakers and headphone jacks across the board, while each of the new Moto G phones are water-repellant – at least in the US. In the UK we see p2i nano coating on only the G6 and G6 Plus. 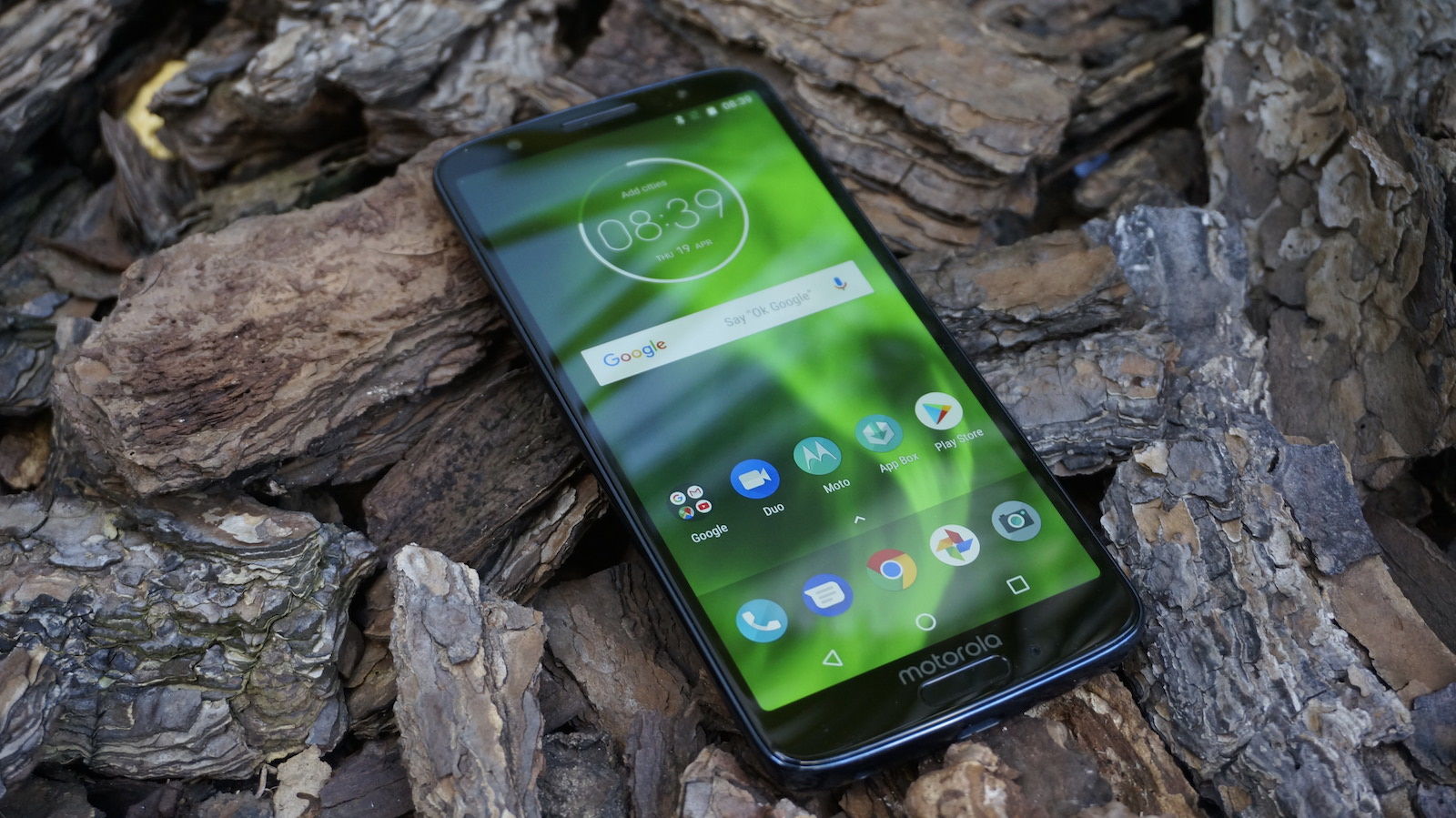 We’ve compared the Moto G6 to the Plus and Play in more detail here.