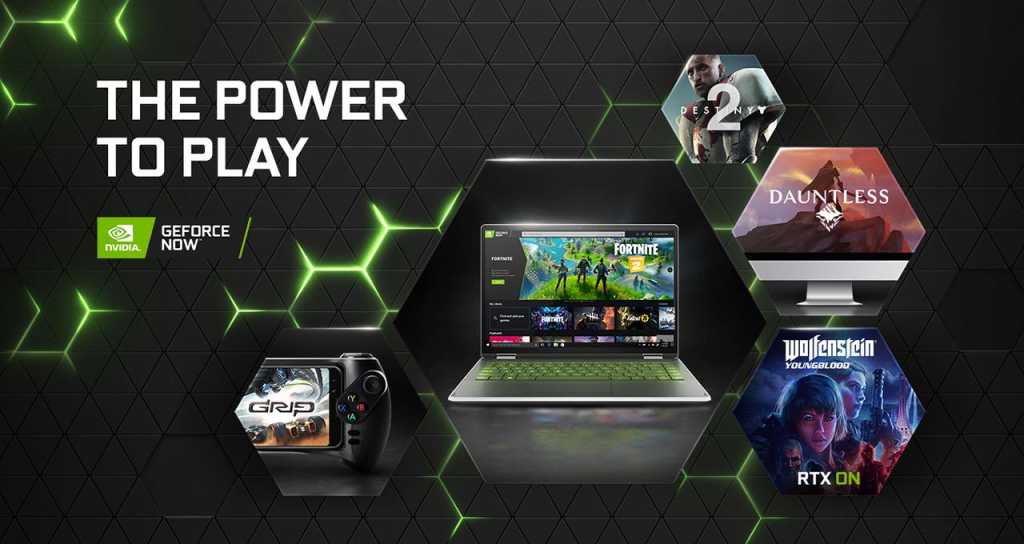 Games are better than ever right now, featuring glorious open worlds, life-like AI and gameplay that’ll keep you going for hundreds of hours, but what if you don’t have a PC capable of running them?

Not everyone can afford an RTX 3080-enabled gaming PC to run the best PC games, after all – and even if they can, it’s harder than ever to get your hands on a GPU right now without spending way beyond the RRP.

Historically, these gamers were forced to run the games on sub-optimal settings or get left behind all together, but not anymore. Nvidia’s cloud-based GeForce Now has the potential to revolutionise gaming on a PC, Mac, Android or iOS device – especially with the new top-end RTX 3080 tier, rolling out now.

Here, we explain all you need to know about Nvidia GeForce Now.

What is Nvidia GeForce Now?

Before we go into more detail about how you can play the latest AAA-rated games on any PC regardless of specs, let’s first explain what Nvidia’s cloud-based GeForce Now for PC and Mac is.

First revealed back at CES 2017, Nvidia GeForce Now provides gamers with the ability to stream gameplay rendered remotely, negating the need to worry about local PC requirements – all you need is a fast-enough internet connection! Nvidia recommends download speeds of around 25-50mbps, although it can function on as little as a 15Mbps connection.

Unlike the likes of Google Stadia that require you to purchase games from the platform store, GeForce Now allows you to play games that you own via the likes of Steam, Epic Games Store, GOG and Uplay.

This allows you to play alongside your friends as you usually would, with no need for them to sign up to yet another online store to continue playing together. 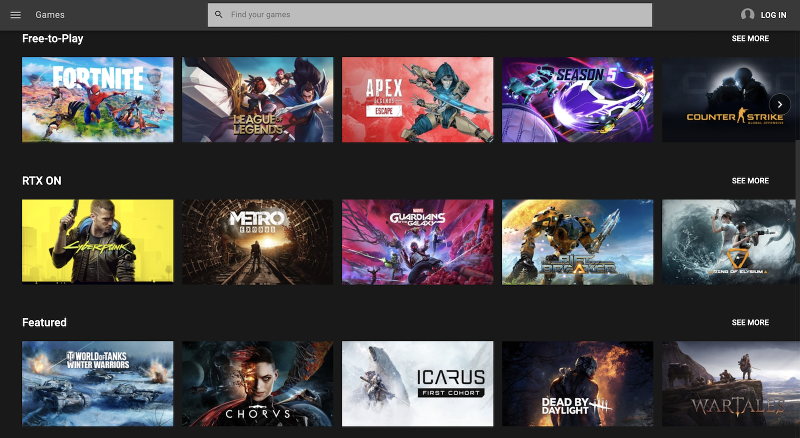 Not every title is on the service though; some publishers block the use of their games through GeForce Now, meaning there are omissions in the GeForce Now library, but the company regularly adds new titles to keep things fresh and interesting.

As mentioned, the games are rendered remotely at one of Nvidia’s 20 server sites scattered around Europe and the US and provide a graphical output similar to that of a high-end gaming PC.

In fact, if you opt for the Priority Plan or upgraded RTX 3080 Plan you’ll be able to play games with real-time ray-tracing via upgraded RTX servers.

The best part about cloud-based gaming is its accessibility, and GeForce Now is a great showcase of cloud gaming tech. The Nvidia GeForce Now app is available to download for PC, Mac, Android, Shield TV and Chromebook.

There’s no native iOS app due to Apple’s restrictions on cloud gaming apps, but Nvidia has provided a workaround in the form of web app available via Safari, allowing you to play AAA games on your iPhone or iPad without the need for a dedicated app.

How much does Nvidia GeForce Now cost?

Such an impressive cloud-based game streaming service has to be pretty expensive, right? Wrong.

The service was free to use during the closed beta and Nvidia has kept that theme going at full release with a free-to-use plan alongside the premium, but still budget-friendly, Priority Plan (previously known as the Founders Plan) and the top-end RTX 3080 tier.

The Free plan is limited to 1-hour-long streams, and while you’re free to disconnect and reconnect straight away, you’ll have to join a queue to regain access.

You’ll still be able to play RTX games like Metro Exodus, but you won’t be able to turn RTX on if you’re on the free plan.

The Priority plan, which costs £8.99/$9.99 a month following a rise from the initial £4.99/$4.99 Founders plan, offers access to six-hour-long streaming sessions along with RTX 20 Series support in compatible games like Cyberpunk 2077 and Metro Exodus along with priority access to the service during busy periods.

It’s worth noting that if you were signed up to the early bird Founders plan, you’ll continue to pay the discounted £4.99/$4.99 a month via Nvidia’s Founders for Life benefit – it’s only new subscribers that pay the higher fee. It doesn’t apply if you upgrade to the top-end RTX 3080 tier though. 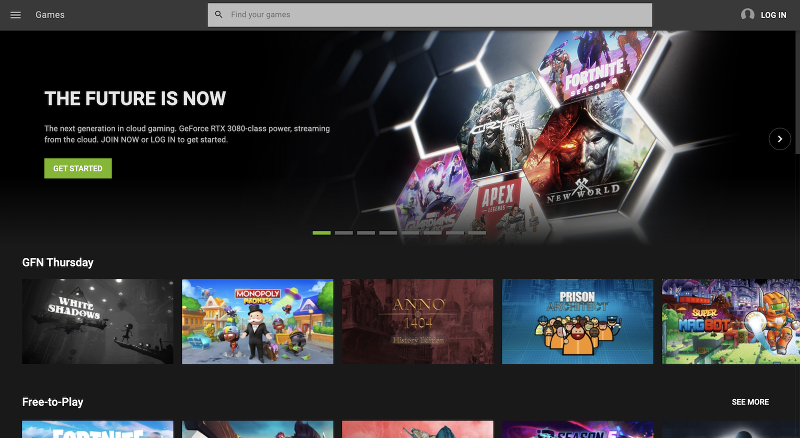 The RTX 3080 tier is the latest (and most exclusive) tier of GeForce Now, offering the best cloud gaming experience possible. The highlight is, of course, exclusive access to servers running the top-end RTX 3080 GPUs that enable ray-tracing and the increased 1440p/4K resolutions mentioned earlier, but there are other benefits too, including longer 8-hour play sessions.

Whichever plan you choose, head to the GeForce Now site to sign up and download the client for your desired platform.

Nvidia GeForce Now requires the following for use across PC, Mac, Android and iOS: