From Software has been on somewhat of a hot-streak lately, riding on the success of the beautifully punishing Dark Souls 3. But as great as it is, it’s now available with a range of DLC, meaning we probably won’t get a sequel any time soon. Instead, it’s speculated that From Software is developing Bloodborne 2 – and a recent Game Awards 2017 teaser may confirm its existence.

Here, we discuss everything we know so far about Bloodborne 2, including release date rumours, platform availability and what to expect in terms of gameplay.

When will Bloodborne 2 be released?

The question of a release date is somewhat moot as the existence of Bloodborne 2 is yet to be confirmed by From Software.

While it may seem futile to speculate about a game that hasn’t been confirmed, it’s worth noting that a 29-second teaser from The Game Awards 2017 (where we also saw Bayonetta 3) seems to suggest that Bloodborne 2 is in development. It may be short and relatively vague, but it’s more than enough to get fans of the series hopeful that a full announcement will happen in early 2018.

The teaser comes almost a year after From Software producers Teruyuki Toriyama and Masaaki Yamagiwa confirmed to Japanese media that the company is working on an “existing IP” – could it be Bloodborne 2? We don’t have long until we find out.

If it is indeed Bloodborne 2 that is in development at the moment, we speculate that it could possibly appear in Q3 2018 depending on delays in production. 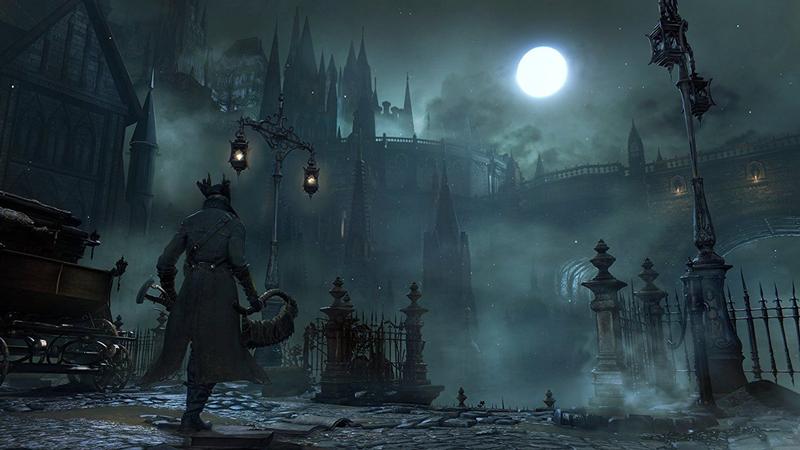 One of the biggest questions (or worries, depending on your console) about Bloodborne 2 is not about the release date, but platform availability. If you cast your minds back to the first Bloodborne game, you might remember that it was a PS4 exclusive, and turned out to be one of the game’s biggest roadblocks.

Developers From Software did something similar with the jump from Demon Souls to Dark Souls, with the former being exclusive to a single platform while the latter is available on both consoles and PC.

The issue with Bloodborne, though, is that Sony owns both the Bloodborne IP and trademark, so Sony would have to sign off on the game being released on Xbox One and PC – something we can’t really see happening, much to the disappointment of PC and Xbox gamers.

So, unless From Software announces otherwise, expect Bloodborne 2 to be a PS4 exclusive.

So, what can we expect in terms of Bloodborne 2 gameplay? While details are non-existent at the moment, we can speculate by looking at the first Bloodborne title.

The original game borrowed heavily from the Dark Souls series (the RPG and exploration mechanics, over-powered boss fights, etc) while adding its own spin on things. Dark Souls is an incredibly punishing series – despite providing the ability to dual-wield weapons, the difficulty of the games mean your shield is your best friend – but Bloodborne offers something slightly different.

Bloodborne introduced a combat system that rewarded the player for being bold during fights. One of the highlights of the system is the ability to recover lost health by attacking the enemy that has just attacked you, making combat much more fast-paced without a fear of dying every 5 seconds.

We expect that From Software will take this idea and enhance it in Bloodborne 2, offering something different – but just as enjoyable – as 2016’s incredibly punishing Dark Souls 3.