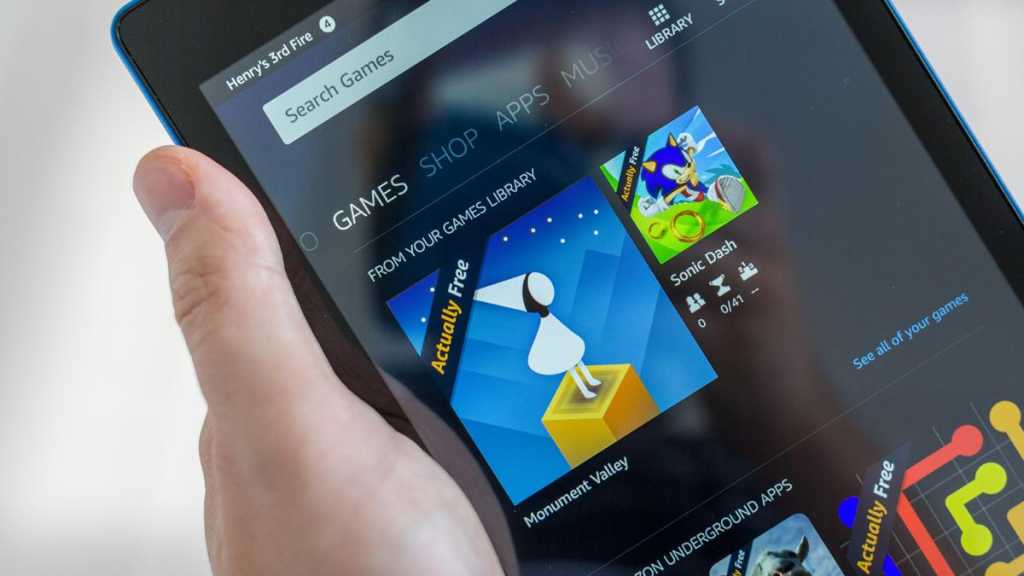 Amazon’s Fire tablets are much like an iPad or Android tablet: there’s a small selection of apps pre-installed including a web browser, email app, calendar, photo viewer and so on.

You’ll want to install some extra apps in order to watch things such as UK catch-up TV and – because this isn’t an Android tablet – YouTube.

All the Amazon apps you might want are ready to go: Kindle, Amazon Shopping, Audible and Prime Video should be pre-loaded onto your tablet.

If the tablet is for a child, here’s how to enable parental controls on a Fire tablet.

There are also plenty of great games you can install including: Candy Crush Saga,  Roblox, Real Racing 3, Minecraft and more.

If you’re reading this article on your Fire tablet, simply tap the name of the app and it will direct you to the app store to install it.

Google – currently – doesn’t allow its official YouTube app to be installed on Fire tablets, but there’s an alternative that’s pretty much as good. It has a blue logo with YouTube.com so you’ll recognise it straight away.

It’s free and it allows you to sign into your account and get all of your subscriptions.

If you’re an Amazon Prime customer you get access to Amazon’s video streaming service and you can watch The Grand Tour, Forever and other shows for free.

If you’re not, and you don’t have Prime Video, you may want to install Netflix. You’ll have to subscribe and pay, of course, but arguably Netflix has a better (and wider) selection of films, TV box sets and documentaries. 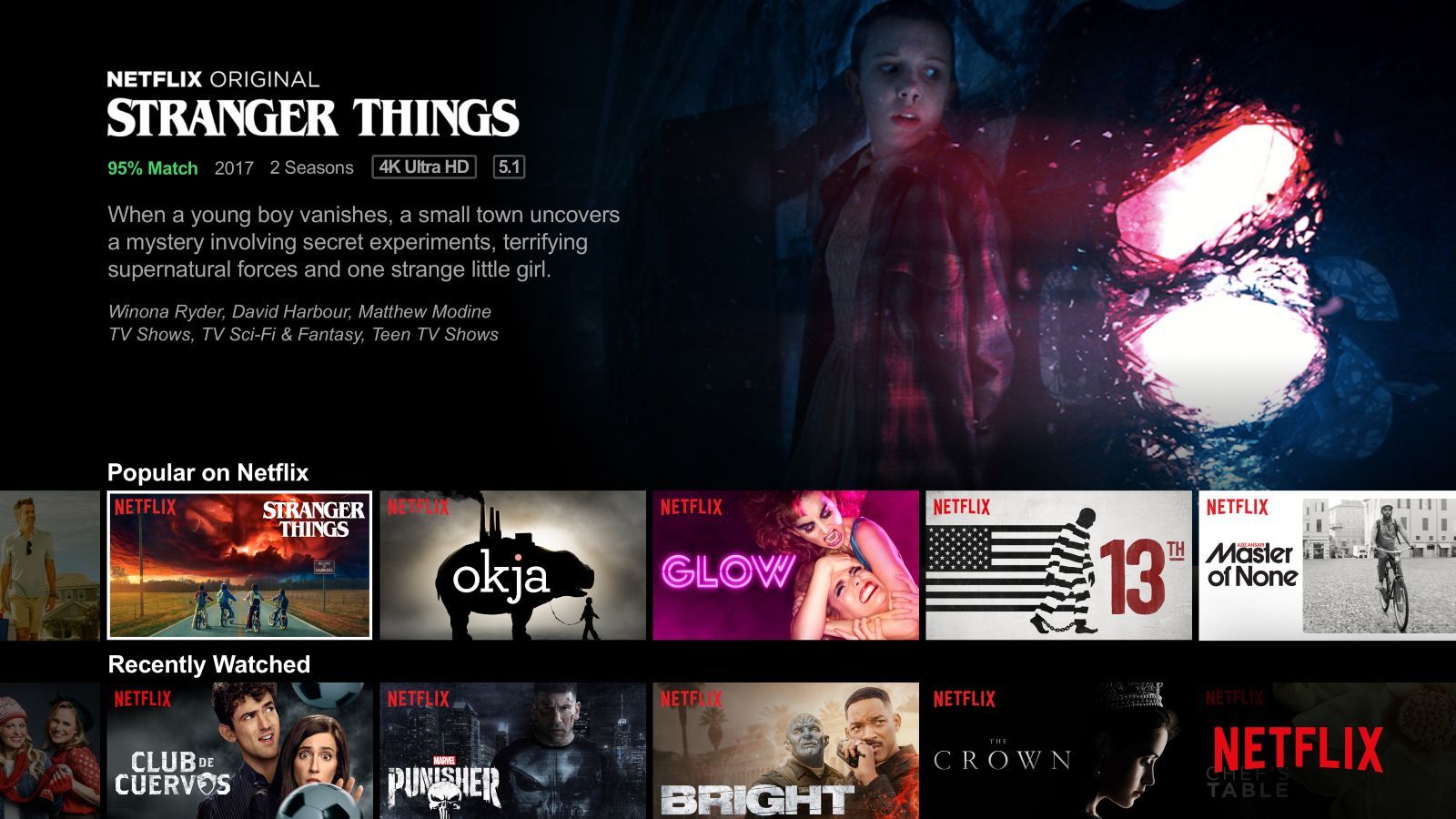 iPlayer is the Grandad of TV catch-up apps and it’s available on Fire OS too. You can download programmes, but only to internal storage currently, not a microSD card. 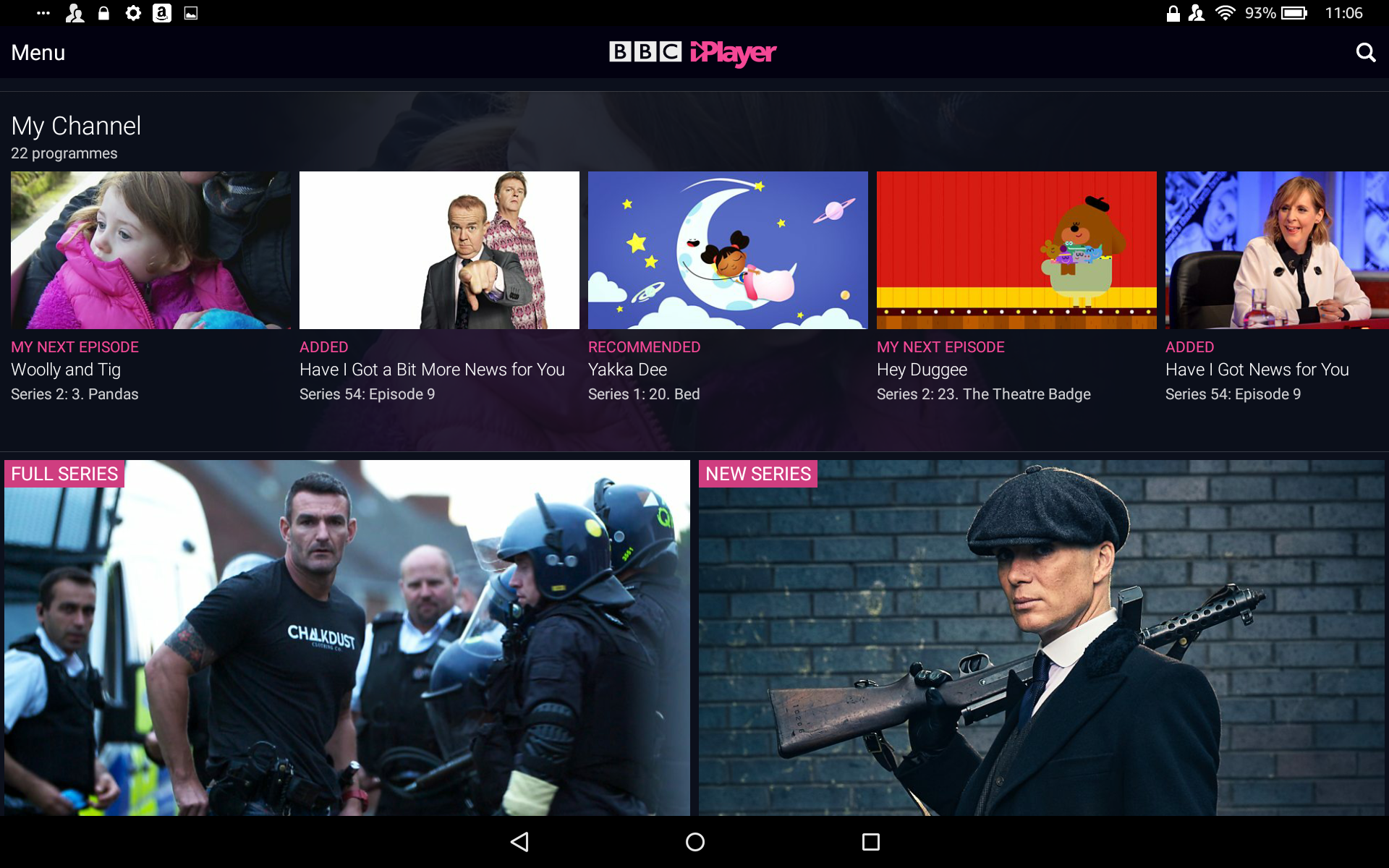 If you’re a Corrie fan, you’ll want to install ITV Hub on your Fire tablet immediately. As with other platforms, there’s no way to download anything: it’s just streaming.

With the All4 app you can watch live TV, stream box sets (including the awesome IT Crowd) and also download some shows to watch offline. 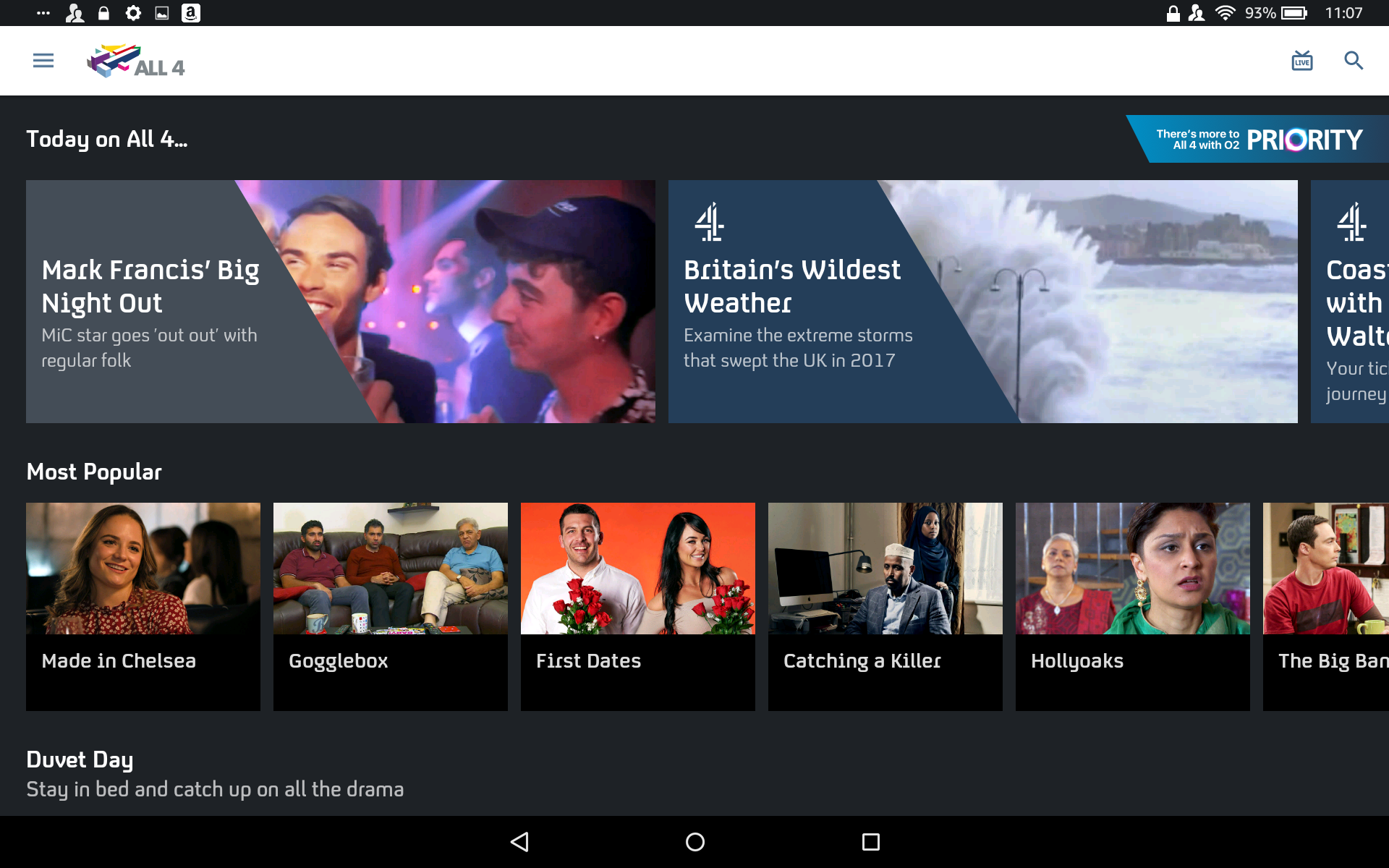 If you’re not an Amazon Prime member, you probably have a Spotify account for music. So it’s good news that Spotify is also available on Fire tablets.

In fact, you don’t need to be a subscriber: Spotify is free to use on the Fire tablet if you’re happy to put up with adverts and a slightly lower streaming quality.

With a Premium subscription you get better quality and the option to download music to listen offline.

We’ve been fans of ES File Explorer for years. It’s a free app that – as the name suggests – lets you see the files stored on your tablet. This could be useful for moving things to a microSD card, or ‘side-loading’ Android apps which aren’t available in the Amazon Appstore.

Underneath all the Amazon, Fire OS is actually based on Android, so many Android apps will install and run on a Fire tablet. 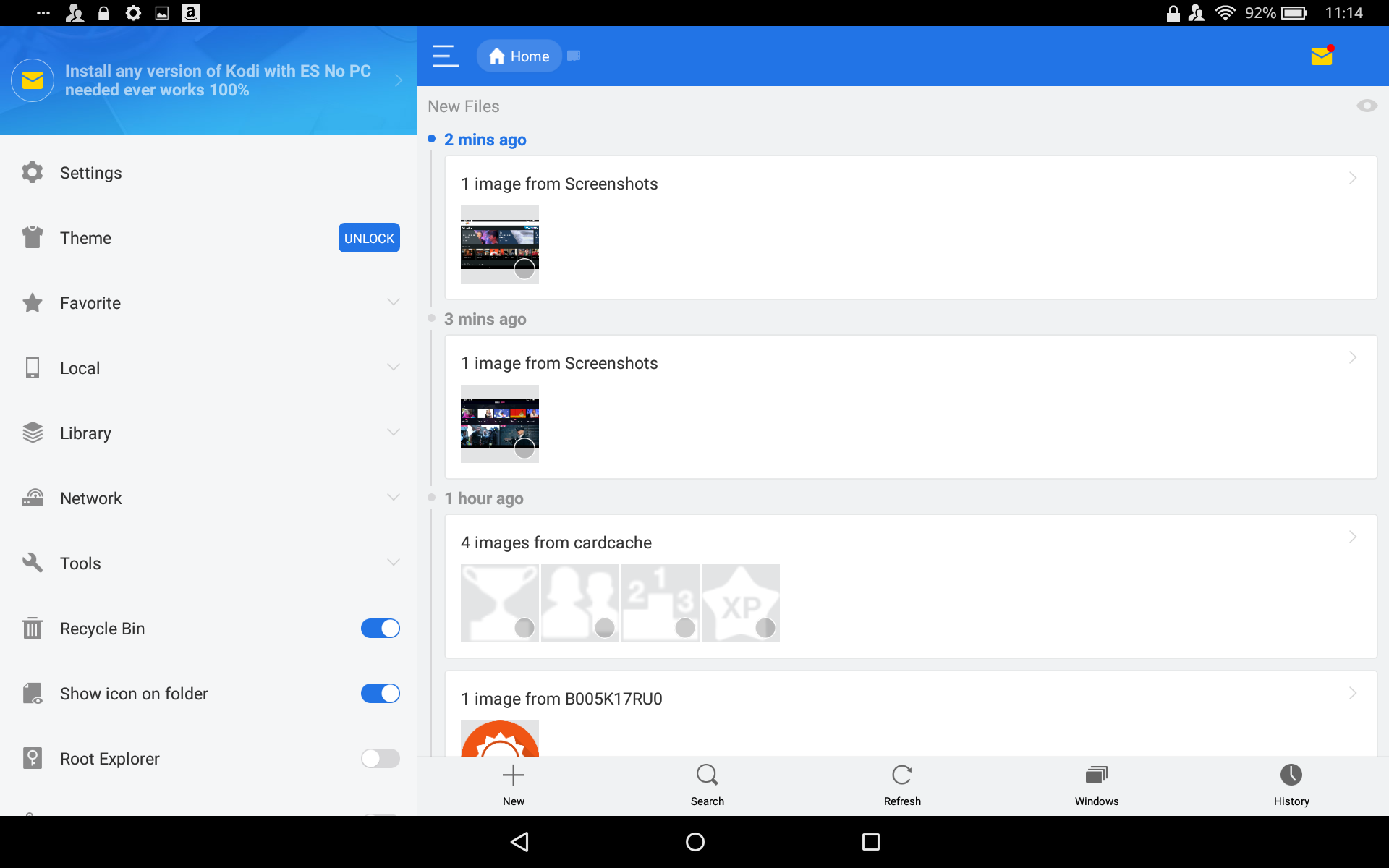 Fire tablets come with a weather app, but AccuWeather’s own app is even better.

It updates every 15 minutes and has a useful MinuteCast feature which shows when it’s going to rain in the next two hours (and yes, that’s an intentional when, not if). 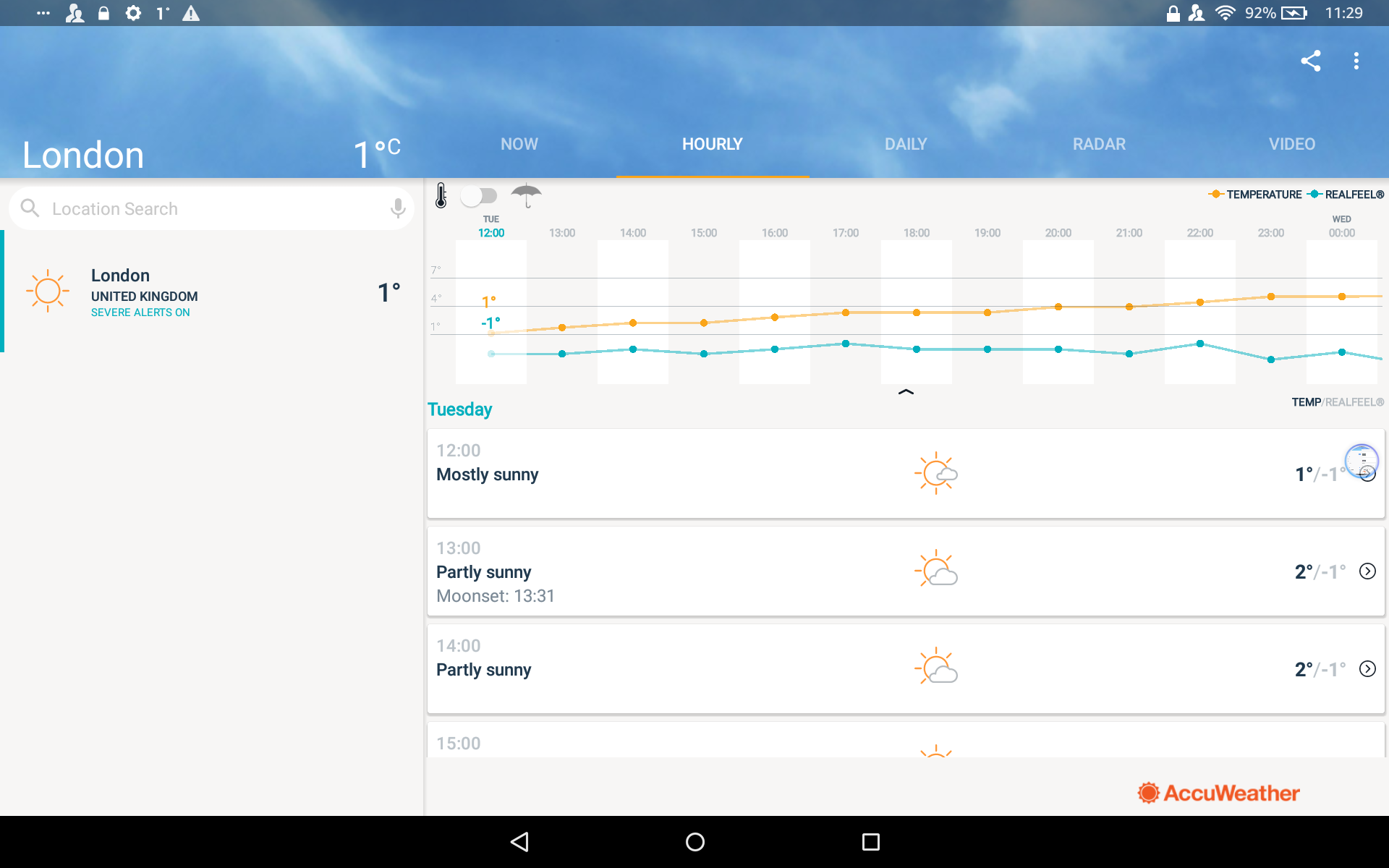 Amazon may be your first stop when shopping, but ebay should be on your list, too.

One app which Amazon doesn’t pre-install is for video chatting. Skype is available and free to use and, being one of the most popular in the world, its likely your friends and family already have it installed too.

The Fire tablet cameras aren’t known for their greatness, but they’re fine for Skyping. 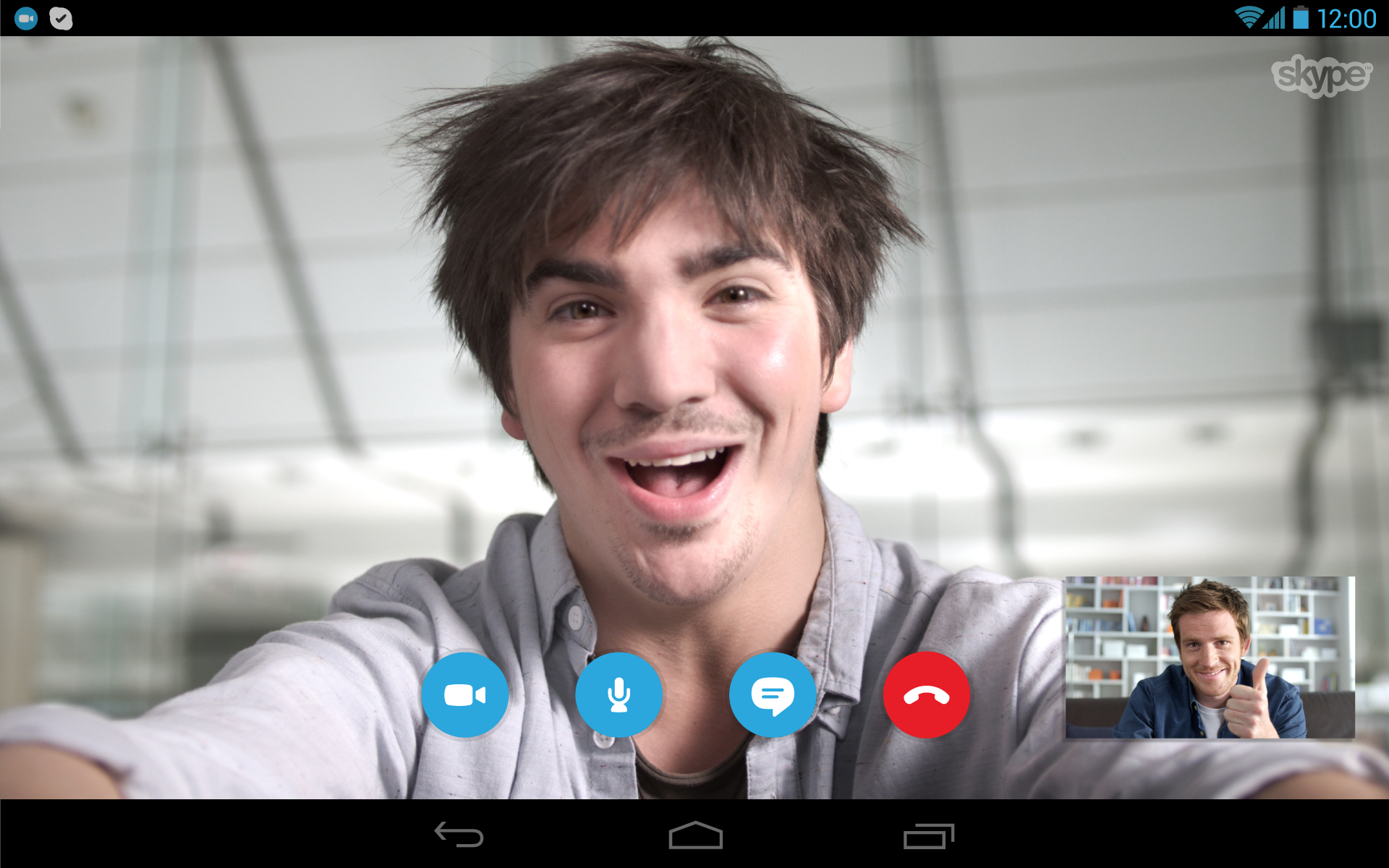 If you want to listen to radio stations on your tablet, then TuneIn is what you need. As well as UK radio, you can listen to just about any station around the world that has an internet stream. 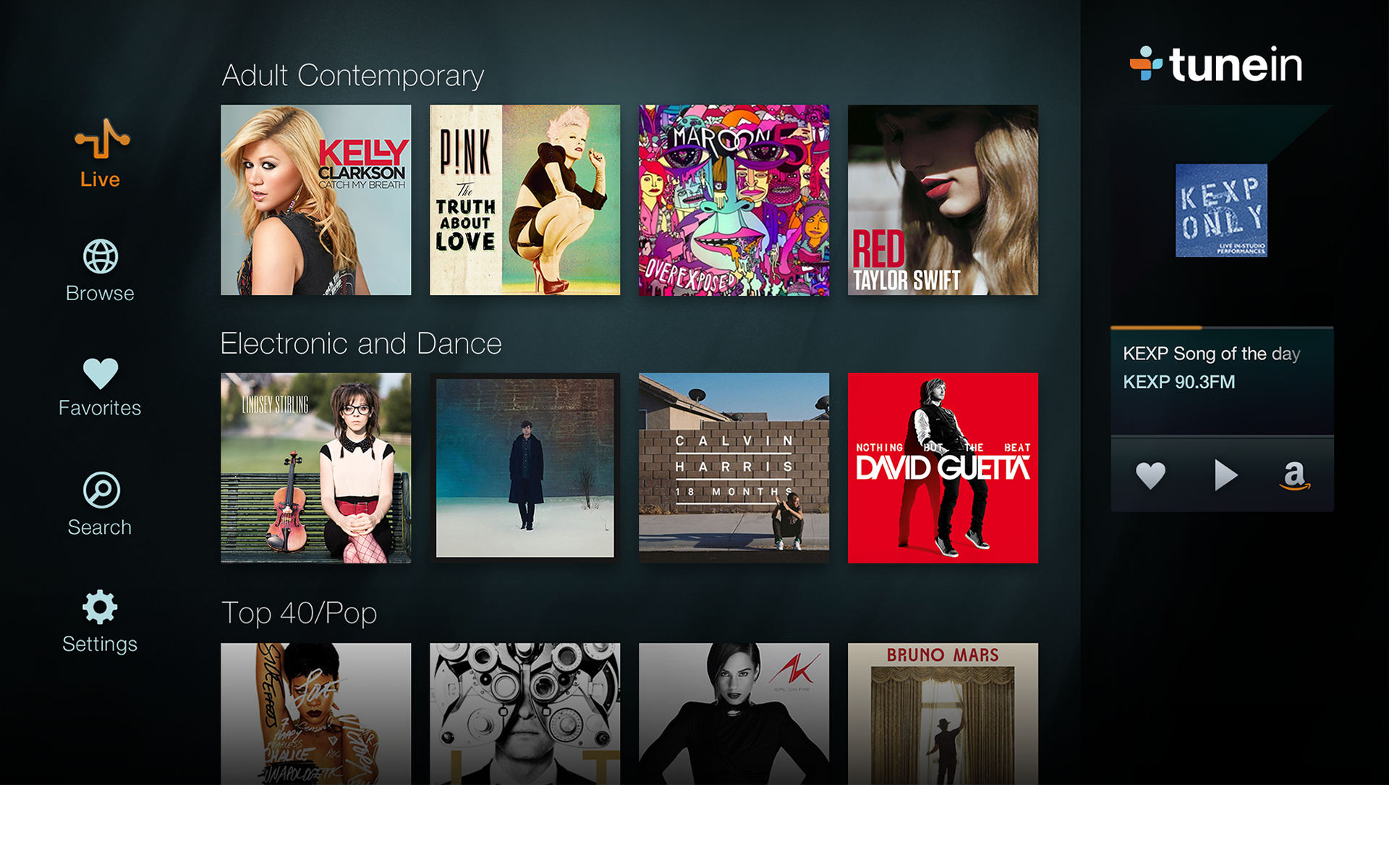