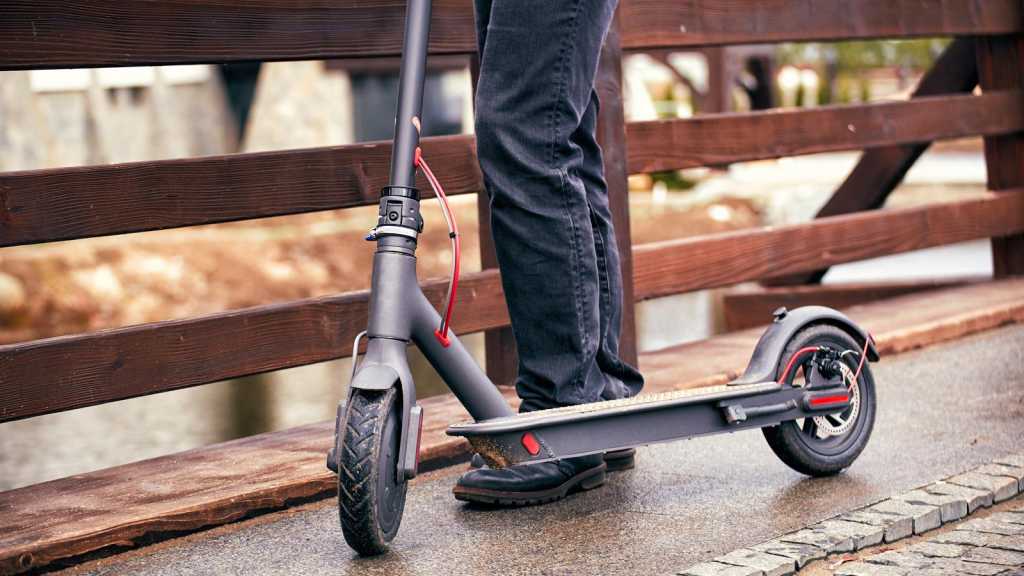 Given that electric scooters are legal to use in many countries – especially in Europe – it’s surprising that they are not allowed on public roads or footpaths in the UK.

The current ruling also seems hideously out-of-date when you consider that electric scooters have the same top speeds as electric bikes, which are favoured by many for their commute.

Electric scooters – kick-scooters that have a built-in, low-power motor – are classified as PLEVs, or Personal Light Electric Vehicles. They are not subject to taxes or registration, and as such cannot legally be used on the road in the UK, with the exception of rental scooters which come with insurance and possibly even registration plates – though that could be about to change. More on that later.

If you are riding a privately-owned electric scooter responsibly and showing due care to pedestrians and road users, we find it unlikely that you will be pulled over by the police. But if you are caught, you face an on-the-spot penalty of £300 and six points on your driving licence.

E-scooters have fallen out of favour even further in London where they are now banned – along with e-unicycles – from public transport. While you can take a folding e-bike on a bus, train or tube, you could be fined £1000 for doing the same with an electric scooter. Transport for London has decided to prohibit them because of a number of fires involving the devices.

Even the rental scooters that you can legally ride on the road are banned from the network.

Will the police seize your electric scooter or fine you for riding it?

In July 2019 we began seeing reports in the national news of the Metropolitan Police seizing electric scooters and dishing out fines and warnings to those riding them. This action followed the death of TV presenter Emily Hartridge, who was tragically killed in a collision with a lorry while riding an electric scooter.

The Telegraph reported that as a result of the Met’s first operation targeting electric scooters almost 100 people in London were pulled over. Of those 100, however, only 10 were fined and had their scooters seized, a decision that was made because they were acting irresponsibly, for example speeding or breaking red lights, rather than riding them in the first place.

But while the Met is acting against – at the very least – irresponsible riders, the same can’t necessarily be said for police forces elsewhere in the country.

Tech Advisor spoke to Ed Wiles, founder of Scootered.co.uk, whose own 2020 research suggests it is really only London police forces that are currently taking action. Wiles also notes that seized scooters can be recovered from the vehicle recovery unit at a cost.

It was widely believed that it would, and that e-scooters would be legal now.

Back in May 2020, Transport Secretary Grant Shapps revealed that plans to evaluate electric scooters in the UK had been brought forward and expanded nationwide.

The announcement was made amidst other plans to address changes to the UK’s public transport infrastructure as coronavirus lockdown measures were eased, to avoid mass build-ups on trains and buses.

Most people expected new legislation to be fast-tracked which would allow e-scooters to be used lawfully on public roads, just like e-bikes. But as of the April 2022, that’s not the case.

According to the Government’s website, the electric scooter trials are still ongoing, having been extended to November 2022.

The trials are focused on rental electric and not those that are privately owned. The main reason for this seems to be insurance requirements, which are easy for rental companies to implement but much harder for private individuals to find – it’s not like you can go on confused.com to insure your e-Scooter.

You have to hold either a provisional or full UK drivers license and be aged 18 or over. If there’s any good news, it’s that the Government scrapped the proposed 12.5mph speed limit, instead allowing the same 15.5mph speed limit as many other European countries, and it’s the same speed electric bikes are limited to, too. While wearing a helmet is recommended when riding an electric scooter, it’s not mandatory.

Crucially, you can only ride rental scooters on roads. It’s still illegal to ride any electric scooter on pavements, and the same goes for privately-owned scooters on any public land, if we haven’t been clear enough up until this point.

The good news is that rules could finally be about to change. Transport Secretary Grant Shapps has teased that an announcement regarding private ownership of electric scooters is due as part of the Queen’s Speech, due to take place on 10 May 2022. Though specifics are yet to be provided, Shapps teased that the Government will “take powers to properly regulate and then be able to decide the usage of them”, and when pressed by a Transport Committee member to “get a move on and properly license” scooters, Shapps simply responded, “I shall announce it on May 10”.

The real worry is whether existing models will comply with whatever regulations are eventually implemented. For example, there’s a suggestion that scooters will have to have 10in wheels as a minimum, which would render those with smaller wheels illegal.

Despite all this, electric scooters are a common sight in urban areas around the UK, with an estimated 750,000 privately owned scooters used on UK roads. If you want to buy one, here are the models we recommend.

Where are electric scooters legal?

While the UK has been slow to adopt electric scooters as a form of transport, other European countries are taking a much more modern approach to things. In France, a PLEV can go up to 25km/hour in a cycle lane, while Austria and Switzerland additionally extend this to road use. In France and Germany, a PLEV can also go up to 6km/hour on the pavement.

The US State of California is also accepting of PLEVs in cycle lanes and on pavements and roads, provided the riders are over 16 and wearing a helmet. By comparison, riding a PLEV in New York City will land you a $500 fine.

What alternatives do you have?

It seems unfair, but it’s worth noting that EAPCs (e-bikes) are treated in the eyes of the law as standard bikes provided they have pedals, go under 25km/hour, have working front and rear brakes at all times, lights and reflectors at night, and motors rated no higher than 250W. An electric scooter can meet many – but not all – of these requirements.

Here are some of our favourite electric bikes.

There is a lot of confusion among consumers regarding whether an electric scooter is classed as a moped, and it’s likely that this is due to their similarities with the more expensive and significantly faster GoPeds which were popular a few years back.

GoPeds are treated as mopeds in UK law, which means you cannot ride them on the pavement and if you wish to do so on the road they must be road-legal, taxed and insured. The rider must also be over the age of 16 and wearing a helmet.