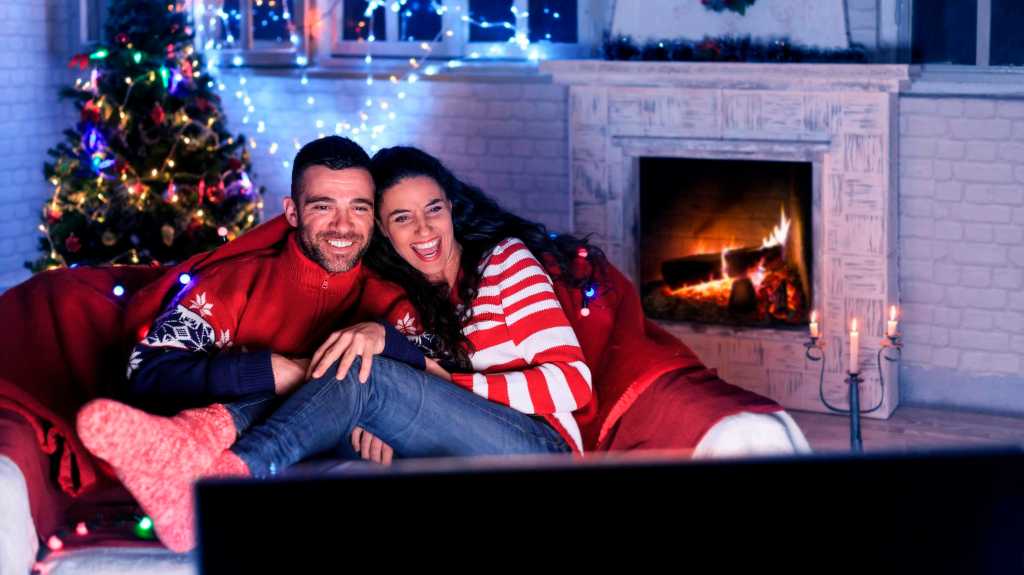 The Christmas spirit is officially upon us, and the perfect way to unwind this December is in front of the telly with copious amounts of food (and a cheeky drink or two).

Many shows and specials are now being announced – though we’re still waiting on time confirmations for a few. With that in mind, what is there to enjoy on the gogglebox this Christmas? Plenty. Here’s a selection of the best across broadcast telly and streaming.

Hawkeye has been rolling out episodes weekly, and it’s got a ton of festive spirit  – with ugly Christmas sweaters, classic cheesy tunes and a snowy New York City backdrop. Episodes five and six should be the big culmination of everything Clint and Kate have gone through so far. Plus, you can watch up on all previous episodes right now on Disney+.

Yet again, Michael Sheen has transformed for another special. This time he plays Tony Towers, a nightclub manager in 1985. Engaged to be married and loved by his local community, his life seems to be going swimmingly. However, when he gets on the train to go home for a family Christmas, he discovers that he can time travel throughout his life – and his future is not a pretty one.

The Girl Before – 19 December at 9pm – BBC One and iPlayer

Alright, we can admit that Emily in Paris is like marmite. That said, many people will be eager to binge the second season – and you can do it just in time for Christmas. After finally finding her footing in the French capital, a night of passion throws things upside down for Emily.

Hansel and Gretel: After Ever After – 23 December at 8pm – Sky Max and Now

David Walliams and Sheridan Smith are practically unrecognisable in this reimagining of a children’s classic fairytale, in which we see what happens to the gingerbread-loving siblings after the original story ends.

Ghosts Christmas Special – 23 December at 8:30pm – BBC One and Player 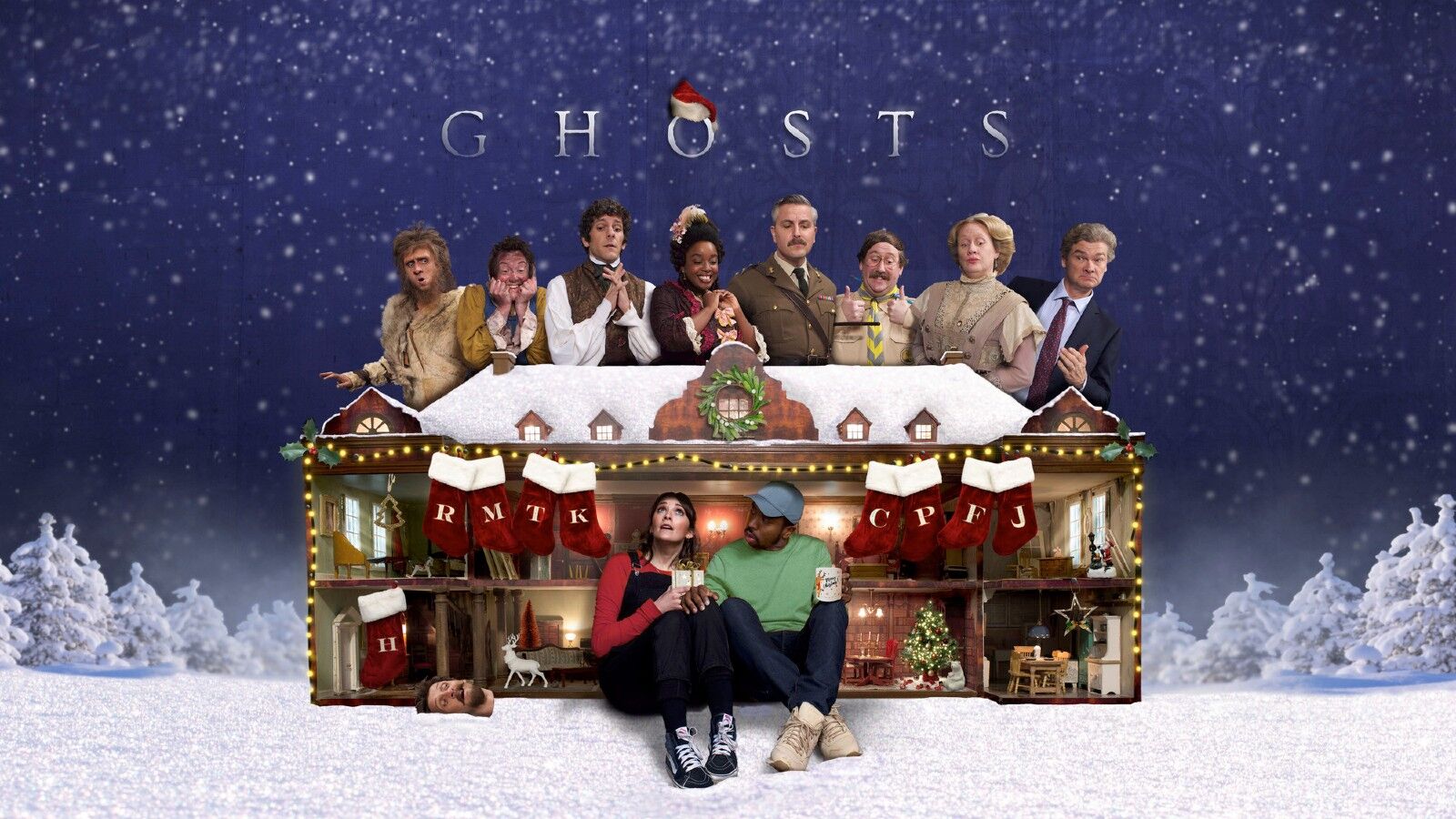 Ghosts is back for another festive special this year. Mike and Alison discover that a man is camping out in the back garden of their haunted house. Upon closer inspection, it appears that he could be Santa himself. The episode also features a guest appearance from comedy legend, Jennifer Saunders. 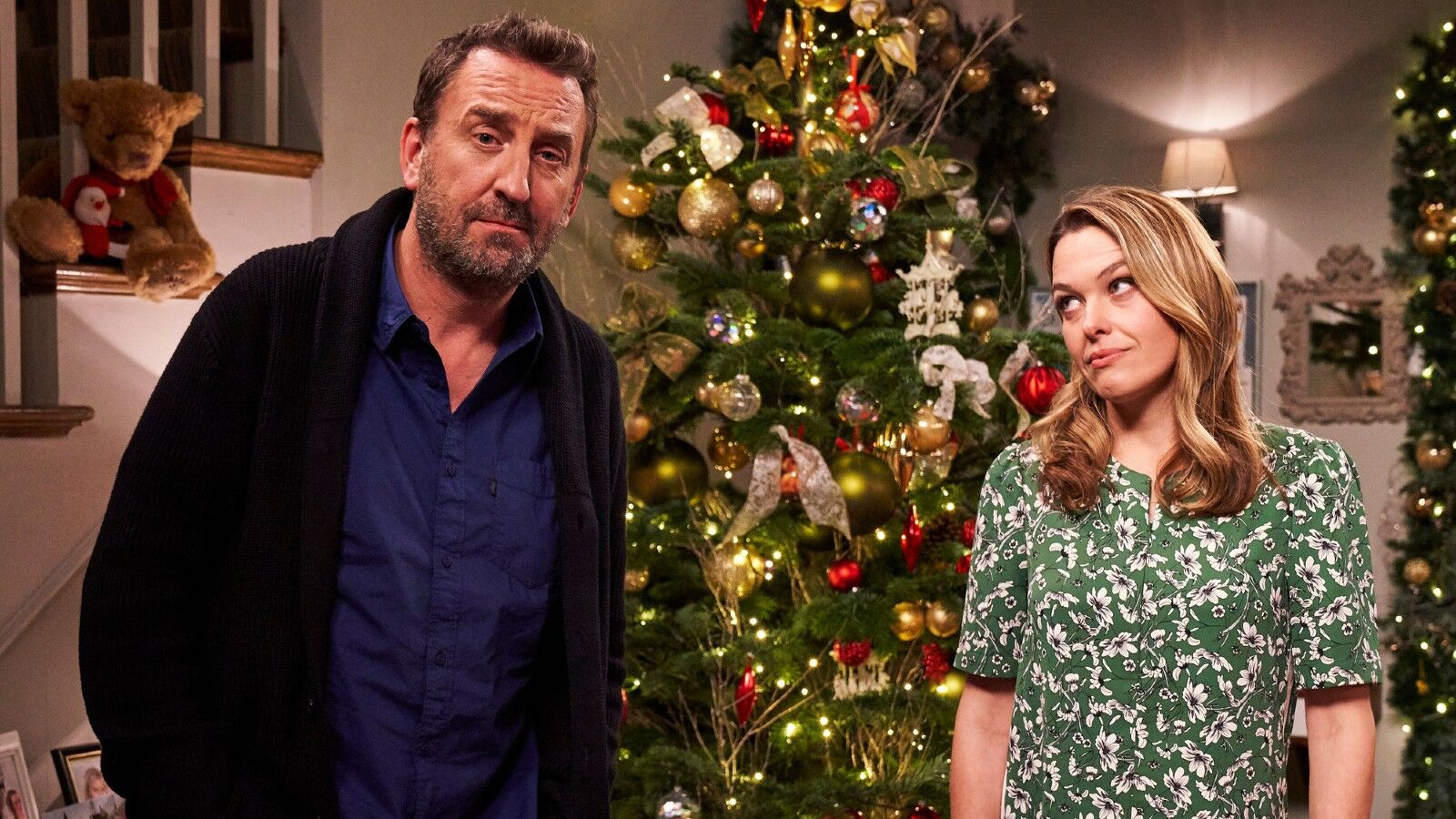 Now a staple of BBC’s Christmas line-up, Lee Mack is back in Now Going Out. In this year’s special, Lucy (Sally Bretton) invites her friends to a panto, but Lee isn’t best pleased when he discovers that the star is her teenage crush, Jason Donovan. 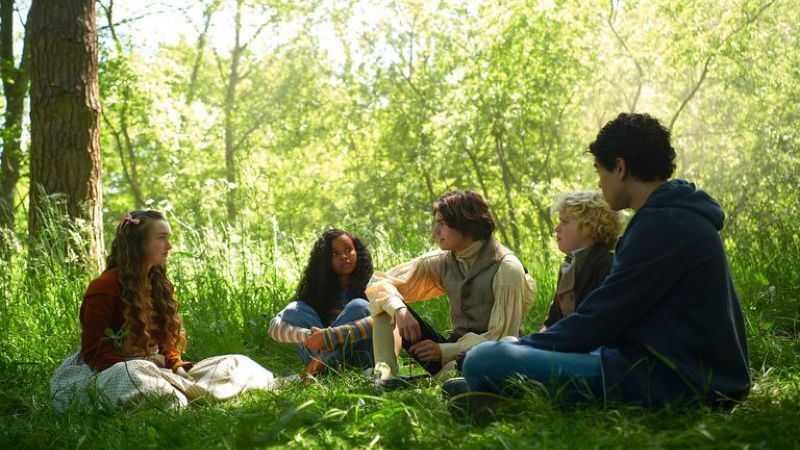 Antonia Barber’s book, The Ghost, has been adapted by Mark Gatiss for Sky and Now. Jamie and Lucy are two teenagers who go to a mansion, only to travel back in time 1821, with the help of a mysterious man, played by Simon Callow. 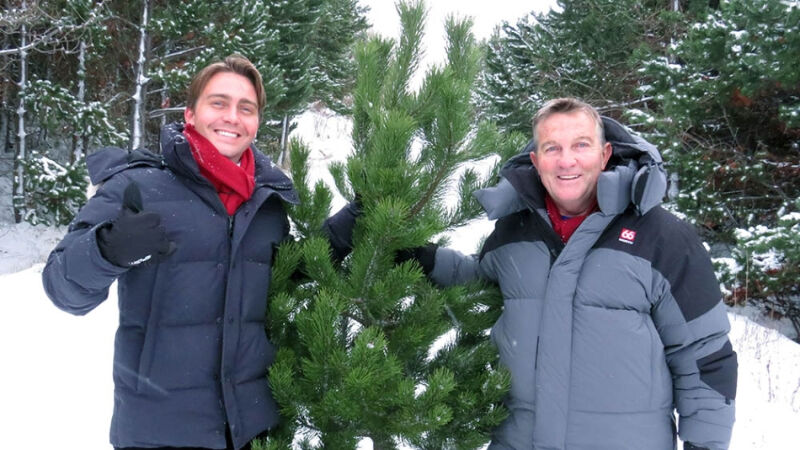 Bradley Walsh and his son Barney have become ITV favourites with their touring RV series, and in this Christmas special they visit the cold, harsh landscape of Iceland.

The Spitting Image Christmas Special is already streaming on BritBox right now, but if you don’t have a subscription then you can tune in on Christmas Eve to see puppet sketches taking the mick out of Boris Johnson, Paul McCartney and more. 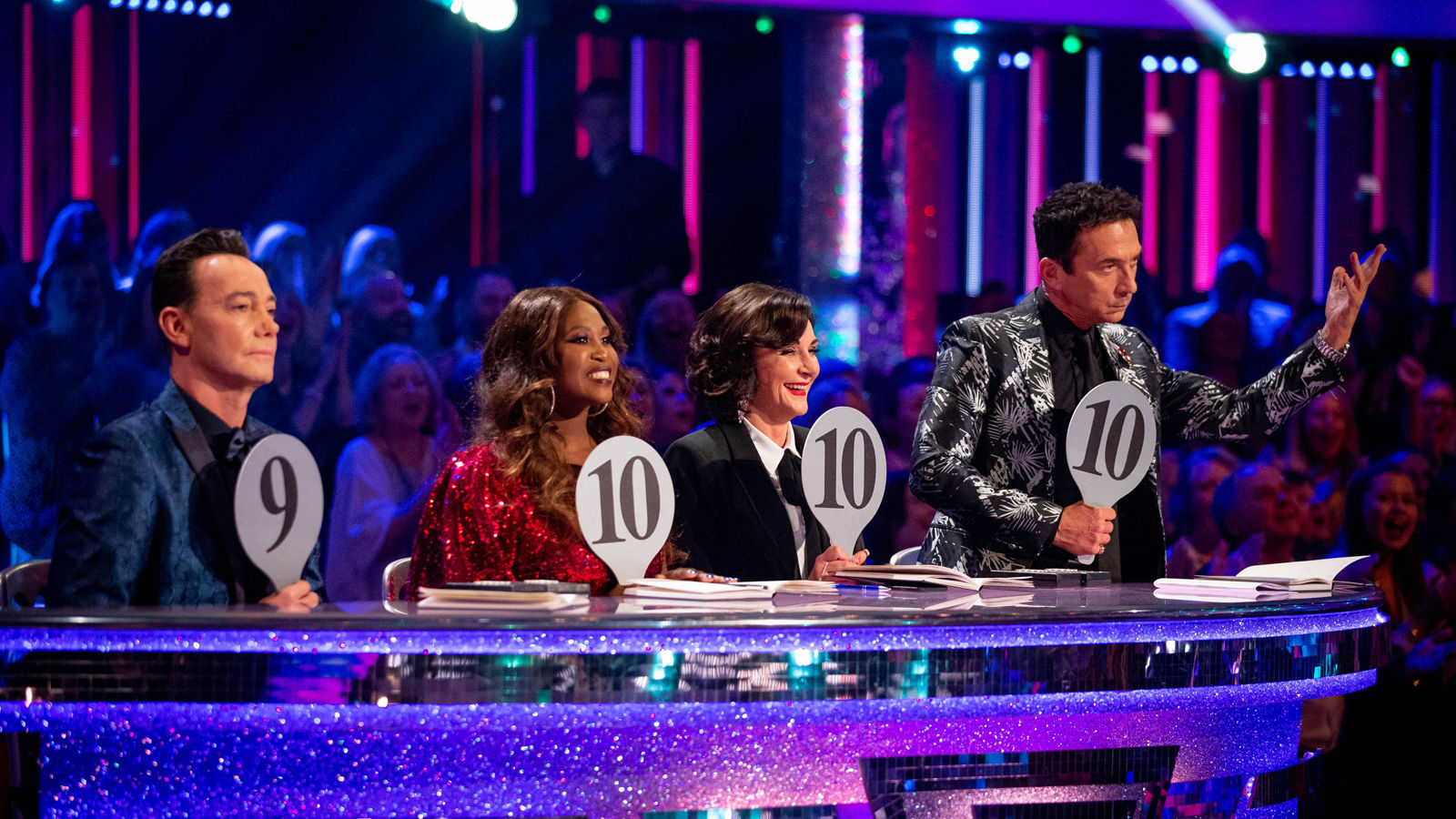 After missing the Christmas special last year due to COVID, the Strictly festive show is back with a star-studded line-up of celebrities. These include Mel Giedroyc, Fred Sirieux and Adrian Chiles. There will also be music from Jamie Cullum and Gary Barlow.

Shaun the Sheep: The Flight Before Christmas – Christmas Day at 6pm – BBC One and iPlayer 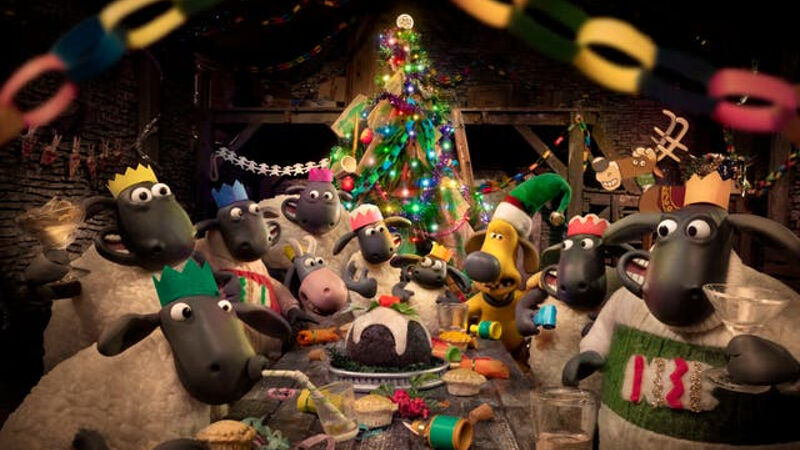 If you’re looking for a family-friendly film on Christmas Day, then this Shaun the Sheep special is perfect. Shaun wants to break into a farmhouse to get some stockings, but when his friend goes missing he must bring him back in time for Christmas.

The Great Christmas Bake Off – Christmas Day at 8pm – Channel 4 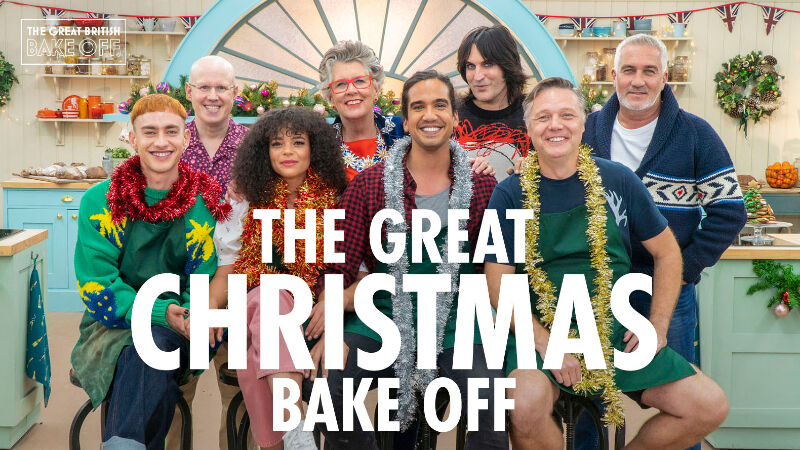 If you also have a giant Bake Off shaped hole in your life, worry not. The Great Christmas Bake Off is back, this time with an all-star cast from the Russell T. Davies show, It’s a Sin. They will all be baking some festive treats, judged as ever by Prue and Paul. 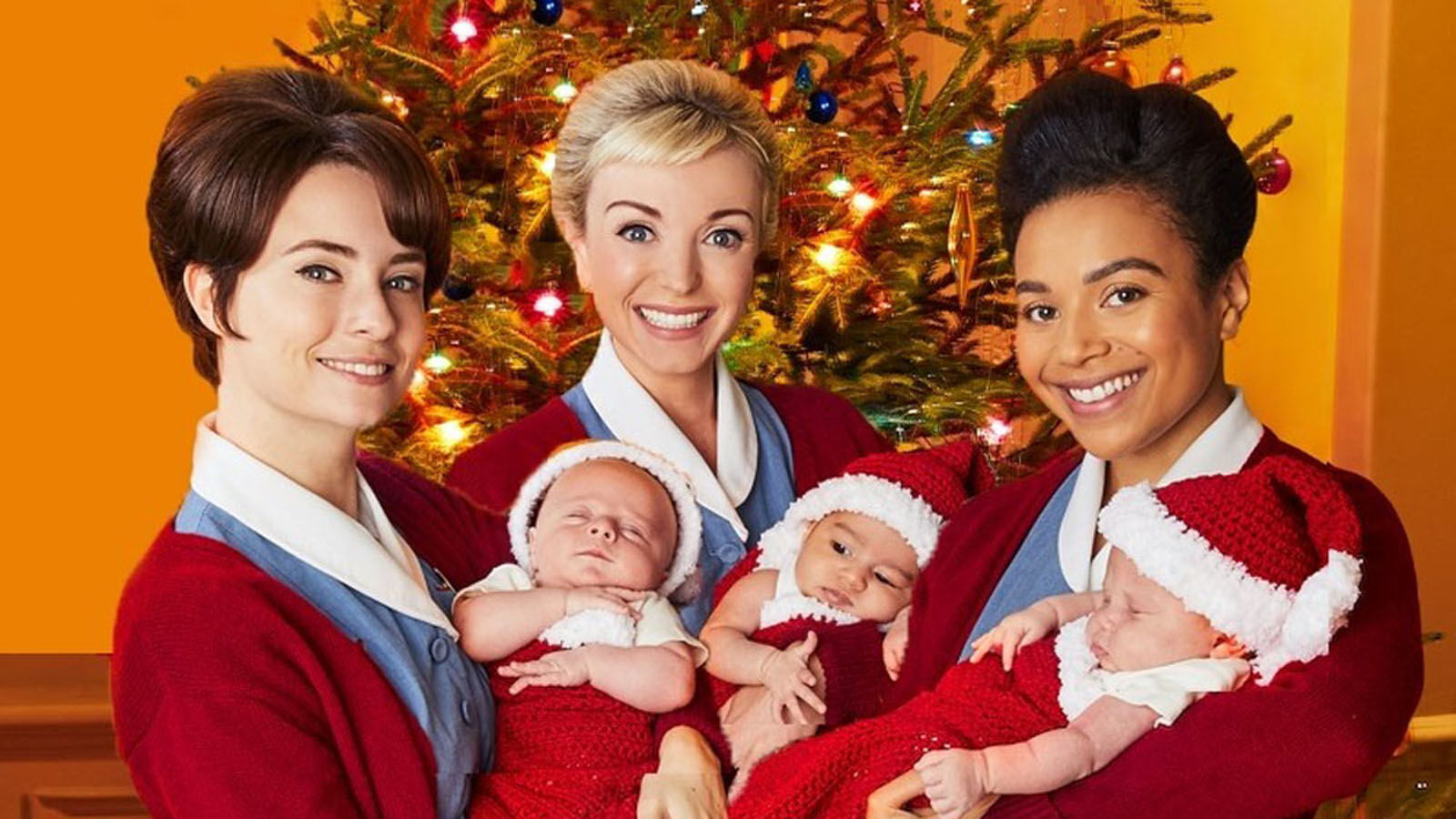 Bake Off will have some competition this year, with the classic Call the Midwife Christmas Special airing in the same time slot. This year, Miriam Margolyes is back as Mother Mildred after being absent from last year’s episode. 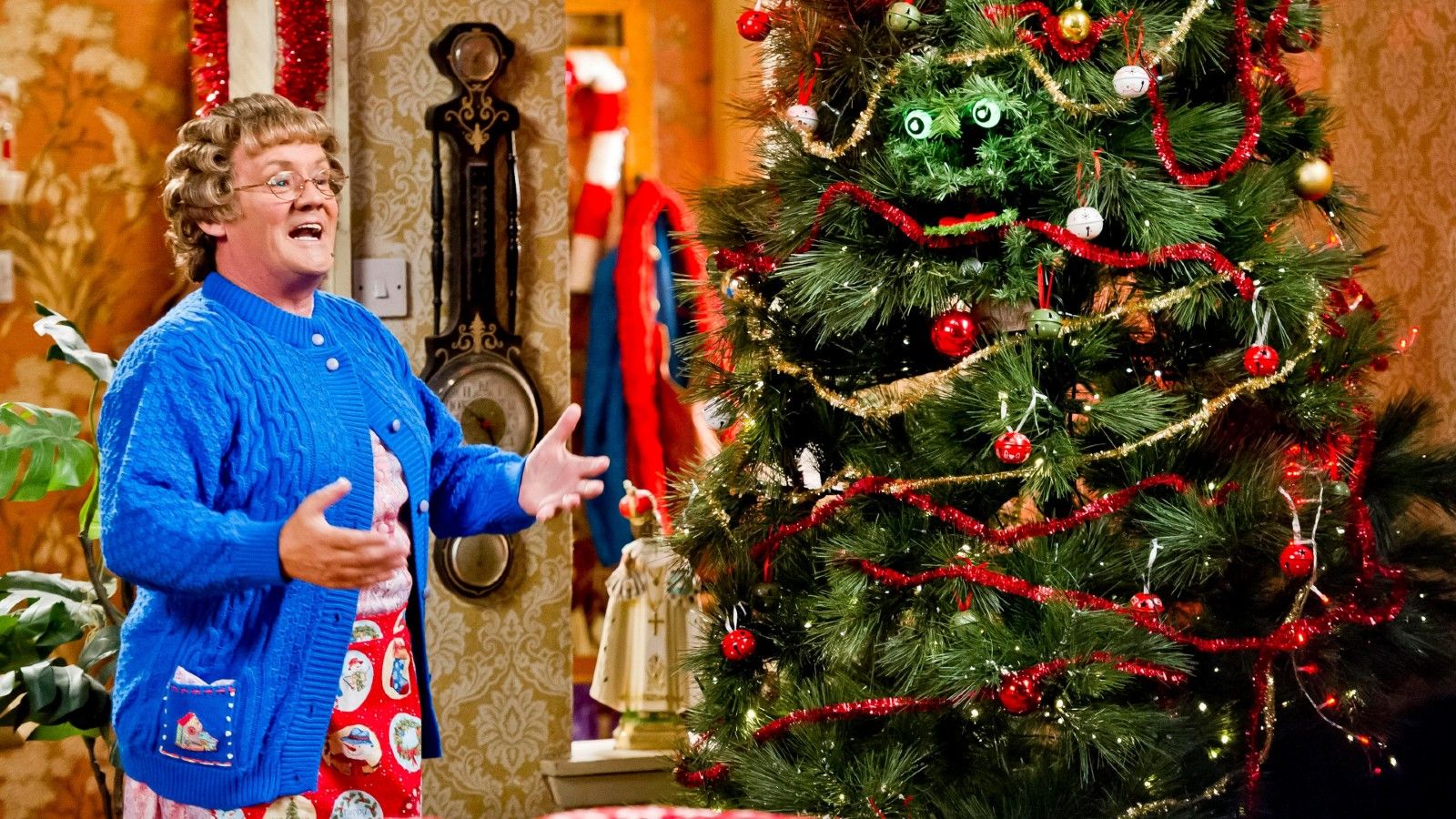 Mrs. Brown’s Boys is now a staple of Christmas, and this year Agnes and her family will be returning to our screens with two specials – with one airing on Christmas Day. The first episode (Mammy’s Mechanical Merriment) sees Agnes joining a church choir in Finglas.

Join Phileas Fogg (David Tennant), Abigail Fix (Leonie Benesch), and Jean Passepartout (Ibrahim Koma) as they attempt to win a lucrative wager by travelling around the world in 80 days. With Hans Zimmer scoring and an amazing set, this could be a huge hit.

Starring Paul Bettany and Claire Foy, this Sarah Phelps drama explores the divorce of the Duke and Duchess of Argyll. With drama, violence, drugs and press scandals, it’s the perfect British drama to watch after the festive high has died down. 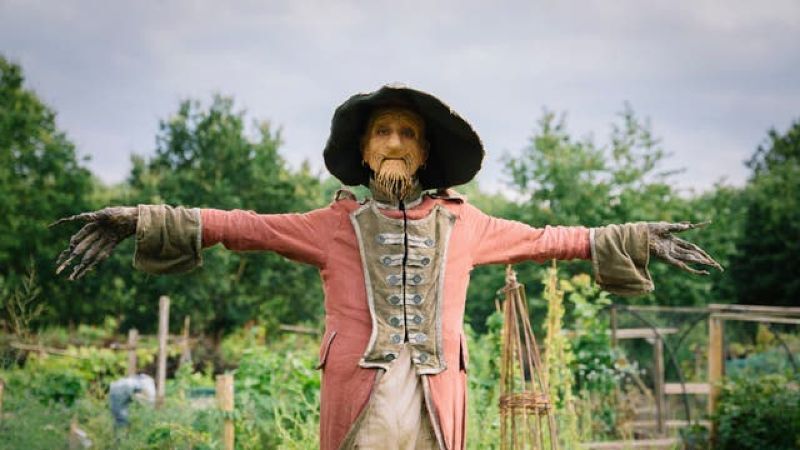 Mackenzie Crook reinvented the Worzel Gummidge story, and now the scarecrow is back for another story. There will also be a cameo from Strictly 2020 winner, Bill Bailey.

Star Wars fans, listen up. The Mandalorian is no longer going to be the only live-action Star Wars show around. It’s being joined by a series centred around the legendary bounty hunter, Boba Fett. Expect plenty of action and franchise lore.

The wait is almost over. Queer Eye season 6 is nearly here, and our fab five are taking on the city of Austin, Texas. Most episodes will all likely drop at once, so you can binge all the heart-warming transformations at your leisure.

Welcome in the New Year with a look back at one of the most iconic and magical film franchises of all time. Daniel Radcliffe, Rupert Grint, Emma Watson and other stars of Harry Potter will all be reuniting to reflect on some of the best moments.

Doctor Who: Eve of the Daleks – New Year’s Day, time TBC – BBC One

Like last year, Doctor Who will hit screens on New Year’s Day, with Jodie Whittaker and her companions returning to fight the most iconic enemy of the series. Eve of the Daleks takes place in a storage warehouse, in which two people appear to be stuck in a time loop, getting exterminated over and over again.