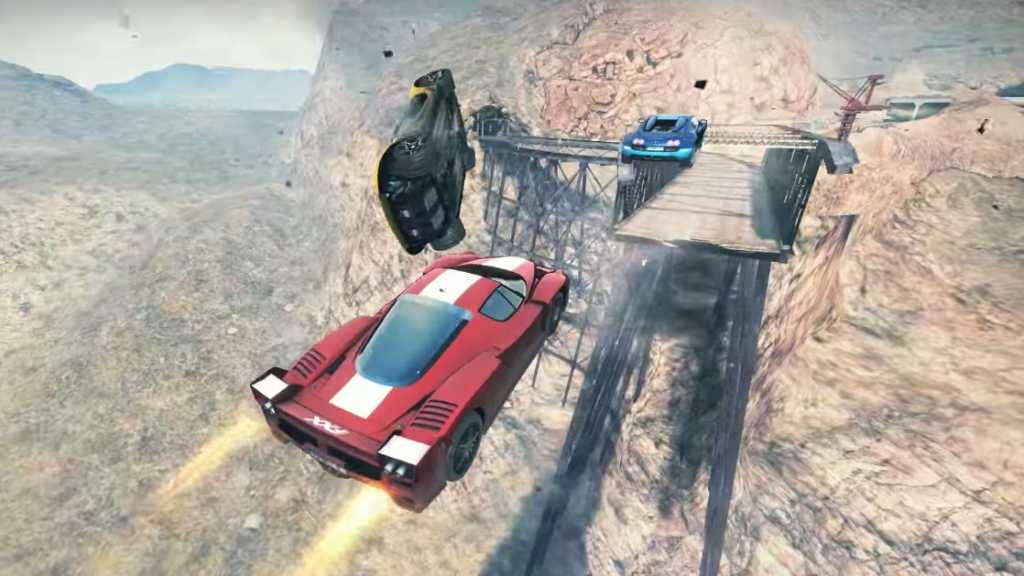 iOS has an impressive range of games to entertain yourself with on long journeys, the daily commute, or simply when waiting for the take-away. With such an extensive collection on offer, it can be hard to know where to start. That’s why we’ve put together this list of the very best titles you can play on your iPhone or iPad.

(If you’ve just got a new iPhone or iPad, here’s how to set it up.)

It says something about the quality of the Room series of games that the first one was released back in 2012, and yet remains a fantastic, polished puzzle-solver of the highest order. 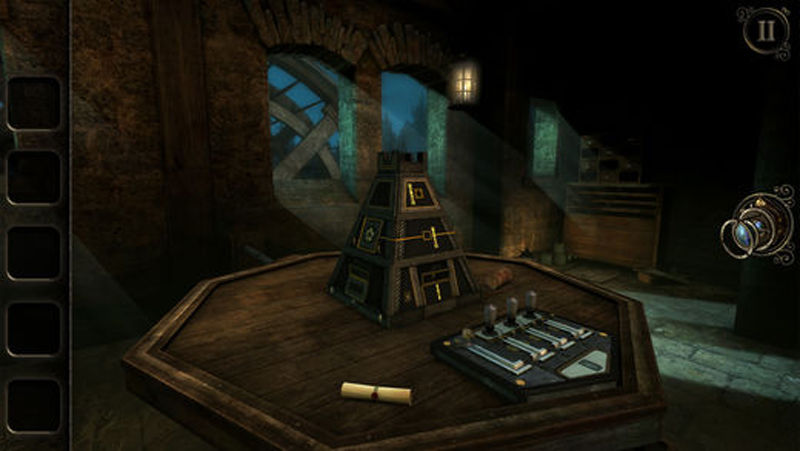 Making excellent use of the touchscreen interface on iPads & iPhones, players manipulate the mysterious puzzle boxes they find, searching for secret locks, hidden draws, and various intricate devices that will unlock the next scene.

It’s a mesmeric experience thanks to the spooky music, eerie setting, slow pace, and fiendish conundrums set before you. Perfect to play with your kids too.

Another classic that has aged very well indeed, Limbo is platformer that sees you navigate the travails of a young boy through a nightmarish underworld. 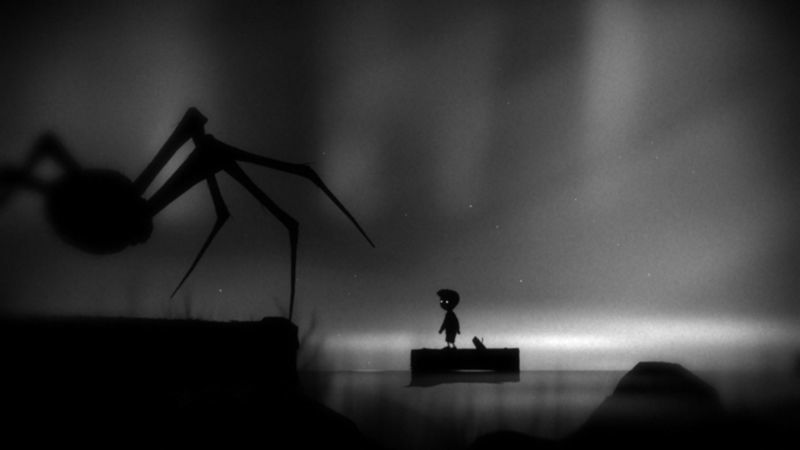 You have no weapons, limited jumping ability, and a huge number of threats waiting to claim your life. The black and white colour scheme, blended with the misty backdrops, gives the game a dreamlike feel, with the boy a sort of somnambulist wandering to his doom.

Difficult, frustrating, excellent. Just watch out for those giant spiders.

If you’ve ever wanted to be the captain of a starship, rushing through space to deliver vital information to the Federation while avoiding the clutches of rebel fighters…FTL is for you. 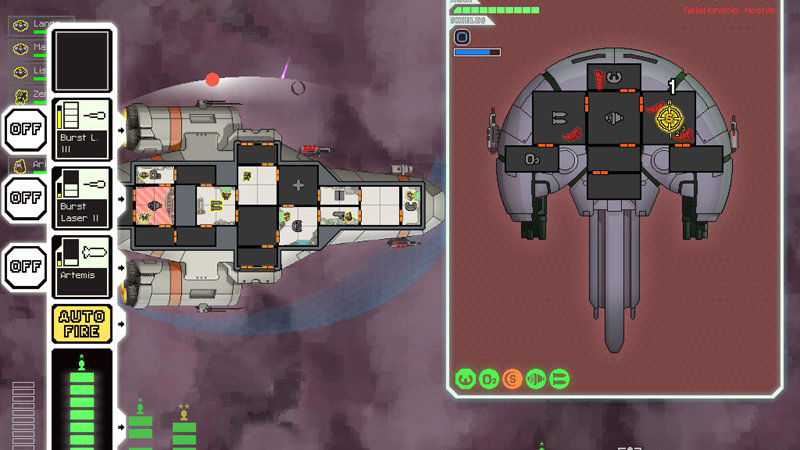 But, while you might expect flashy graphics and soaring space-battles, all the action in this game is seen in a top down, open plan of your spacecraft. That’s because FTL is a semi turn-based strategy game, incorporating resource management, combat tactics, and plenty of stressful worrying about your crew and shields.

This might not sound quite the thrill-ride you might have expected, but FTL is an incredible game that will prove a significant challenge to even the most hardened gamer. Easy mode is an essential way to begin, but once you master the controls and general principles, this is a title that will steal your time, push your strategic thinking to its limits, and have you coming back for more.

When Blizzard, the company behind the phenomena of World of Warcraft and Starcraft, released a card based combat game on iOS it raised a few eyebrows. Then we played it. 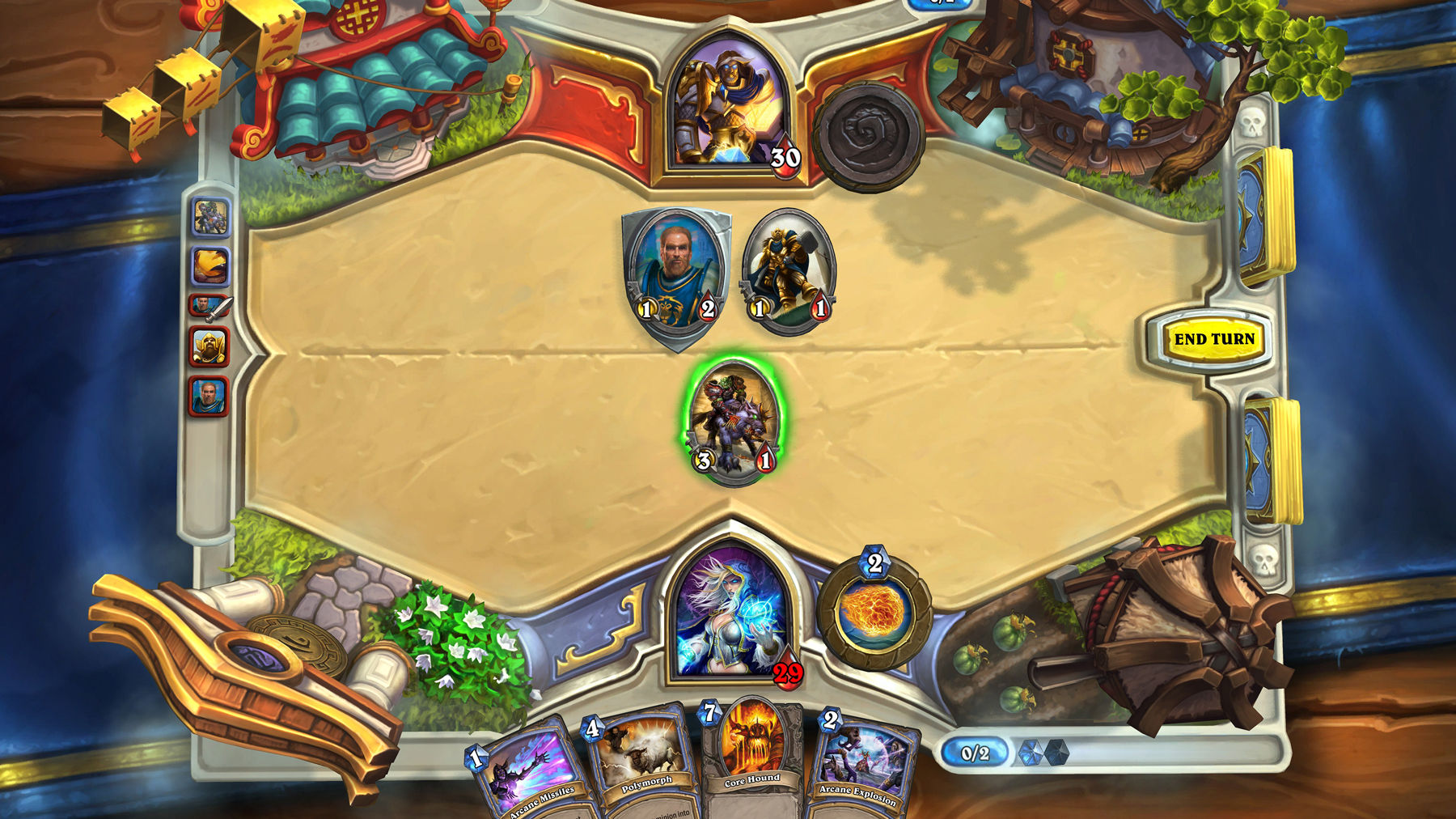 Hearthstone is that rare beast which is quick to get to grips with, but offers so much depth as you continue to play. The strategies needed to beat your opponents actually make sense, rather than feeling like some kind of arcane magic revealed to only a select few.

If you enjoyed Gwent in the Witcher 3, or dabbled in Magic: The Gathering at any point, then Hearthstone is a must. Actually, it’s a must for everyone, as it’s simply brilliant.

The game is now so popular that it’s become an eSport. So, get playing, a new career could await.

Every now and again a game comes along that somehow mixes action with an odd tranquillity that helps you relax into its world. Journey on the PS4 is one such title, Flower is another ( and now available on iOS), but Alto’s Adventure is our favourite on a mobile device. 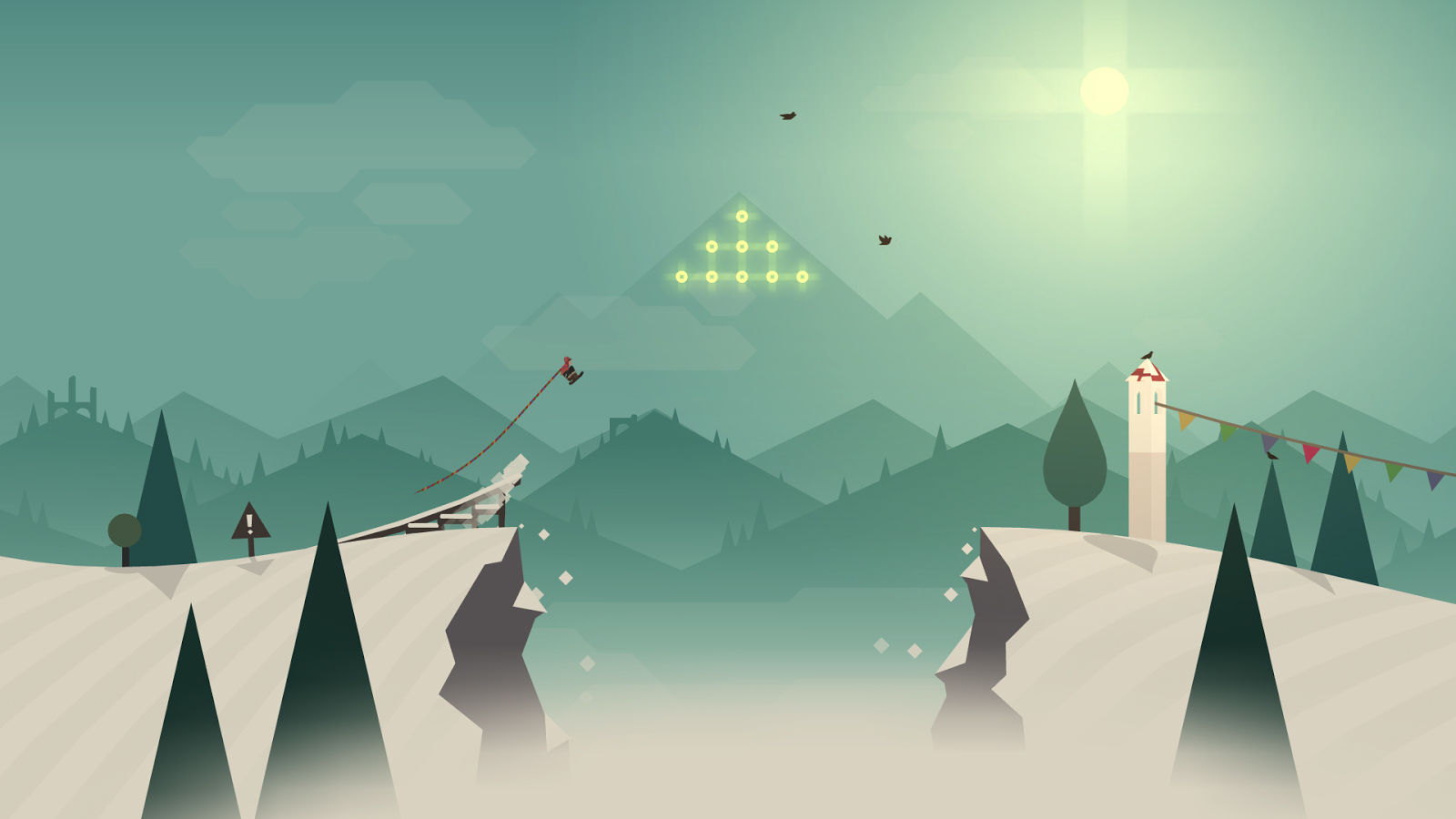 Essentially, this is a side scrolling skiing game where you perform various tasks – collecting stars, completing a set number of somersaults, evading angry locals – but it’s the backdrop and music that makes it special.

The calming, gentle soundtrack fits the sparse but beautifully lit aesthetics perfectly. Thankfully there’s an excellent game here to back it all up.

Flipping Legend is a unique take on the endless runner genre, in that you can only move in diagonals and all the time spent not despatching enemies drains your life-force. 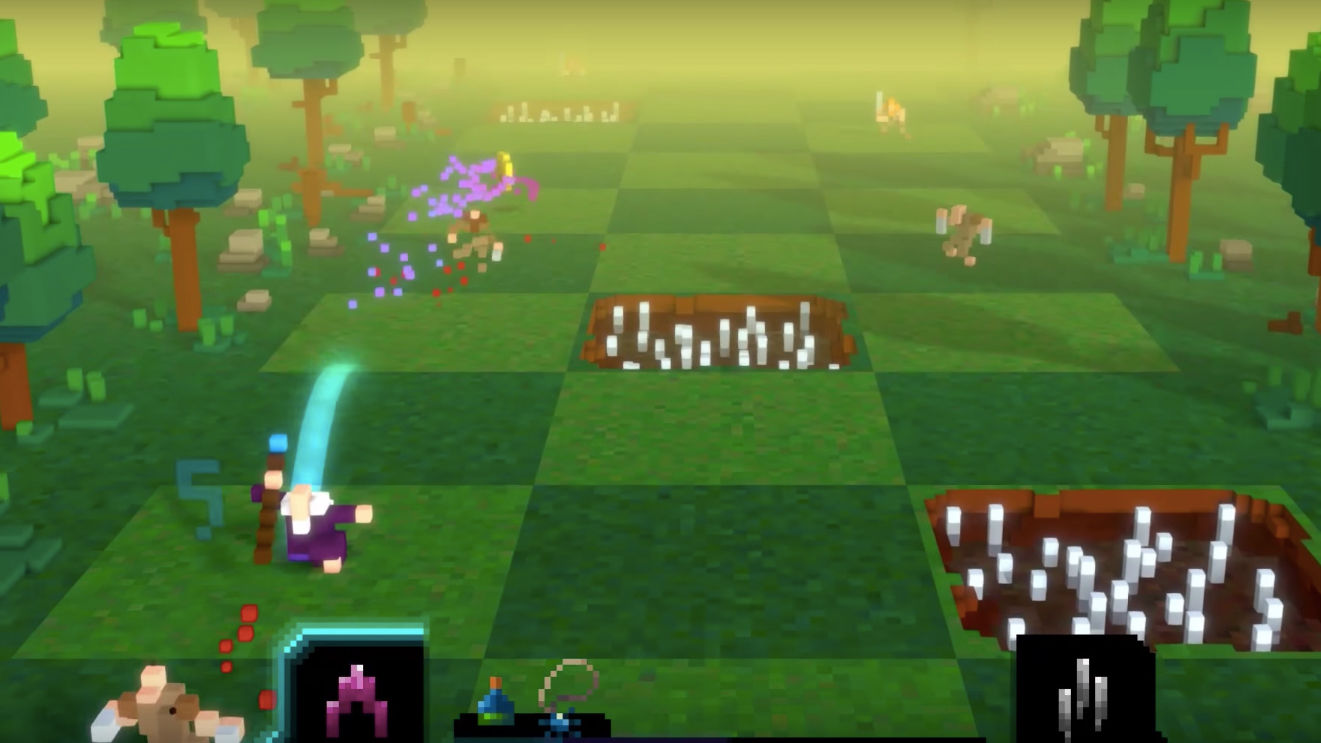 The interesting mechanics make it a mixture of a puzzle and action game, with RPG elements thrown in for good measure. Progress through the game and you can level up your character, added new skills and weapons to your arsenal.

You can play as a ninja, warlock, sumo, or five other character types, each with their own special abilities.

Frantic fun that makes you think. Not bad at all.

Having been a big success on PC and Mac, the Binding of Isaac has made the transition to iOS admirably. This dungeon crawler is a fast and tricky game following the story of a young boy fleeing his mother, who wants to offer him as a sacrifice to God in order to prove her faith. 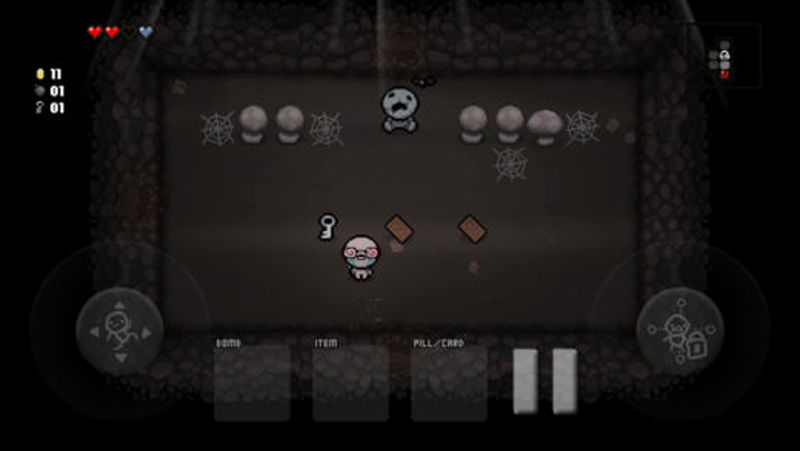 This hurls him into the dark dungeons beneath their home, where he must battle monsters, find precious items, and eventually fight his way back to freedom.

The game features procedurally generated rooms, so no two games are exactly the same, and plenty of enemies to overcome through frenetic combat. Special items can transform Isaac into a more powerful version of himself, which is necessary to defeat some of the larger adversaries.

Controls are simple and easy to use, but it’s going to take plenty of effort if you want to make it to the surface alive.

Sports games have a fair representation on iOS, but the one that stands out as the most fun is SuperStickman Golf 3. Think of is as virtual crazy golf, or virtually insane golf. 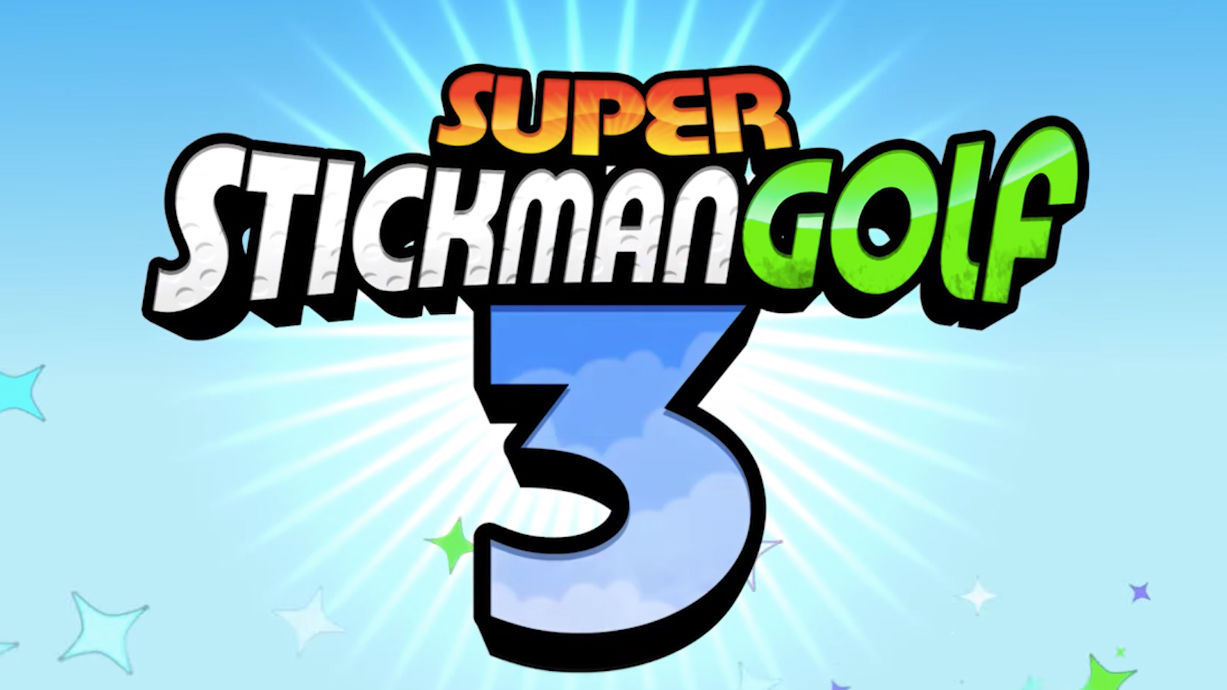 At its heart, Super Stickman Golf 3 is a physics-based puzzle game in the same vein as Worms and Angry Birds. But rather than hurling bemused creatures, you’re hitting a ball through laser traps, angling it off several walls, or simply trying to land it on an island where the hole is located.

It can be as maddeningly difficult as the real-life game it emulates, but hitting that perfect shot is a hugely satisfying experience. If you want to expand the fun then there is a great multiplayer mode that can either be played in the traditional turn-based manner or a wonderfully manic all-at-once mode.

If ever there was a game that was purpose built for mobile gaming, then it’s Football Manager. After all, it’s essentially a glorified spreadsheet, but glorious it most certainly is. 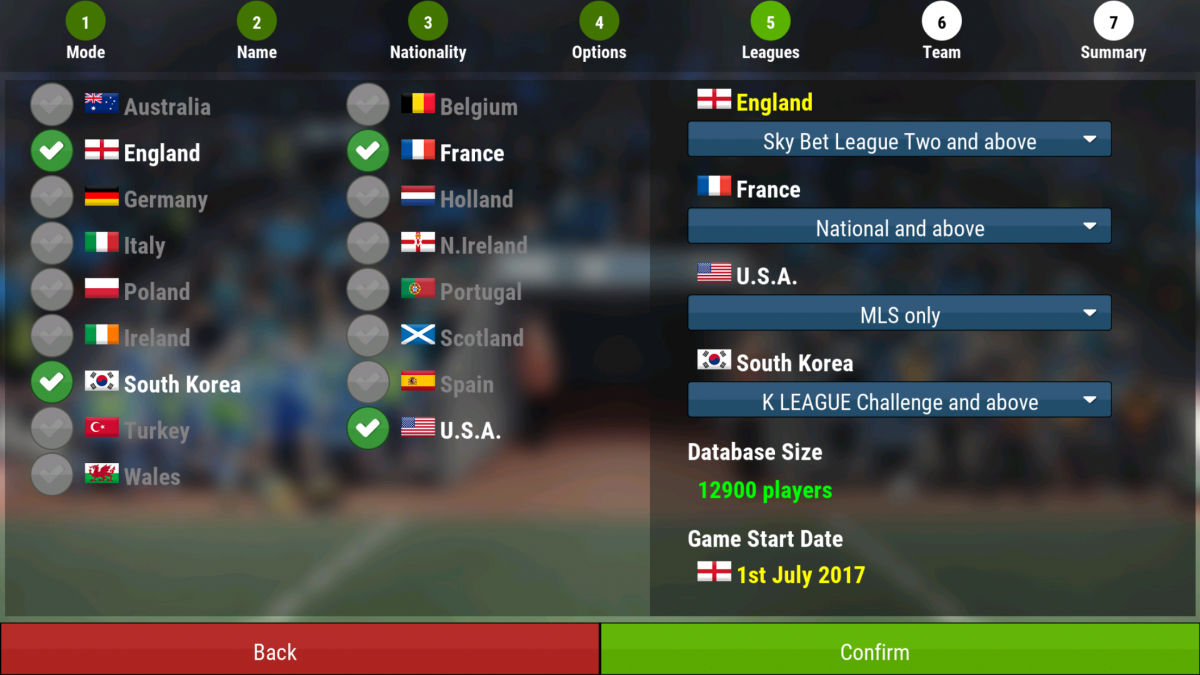 Now you can scout the players you need, refine your tactics, and turn your team into champions, all while on the bus, waiting for a meeting to start, or at home on the sofa.

The downtime between matches makes the more casual nature of mobile gaming come into its own, as you can set things in motion, then stop and pick up again later on without missing a beat.

This newest version sees a revamp to the interface, more detailed team reports so you can see who’s slacking off in training, and an even larger selection of players to find in the transfer market. Classic stuff.

Yes, it’s another older title. But, as Gameloft continues to add tracks, vehicles, and championships to the all-conquering racer, its remains one of the best driving experiences you can put in your pocket. 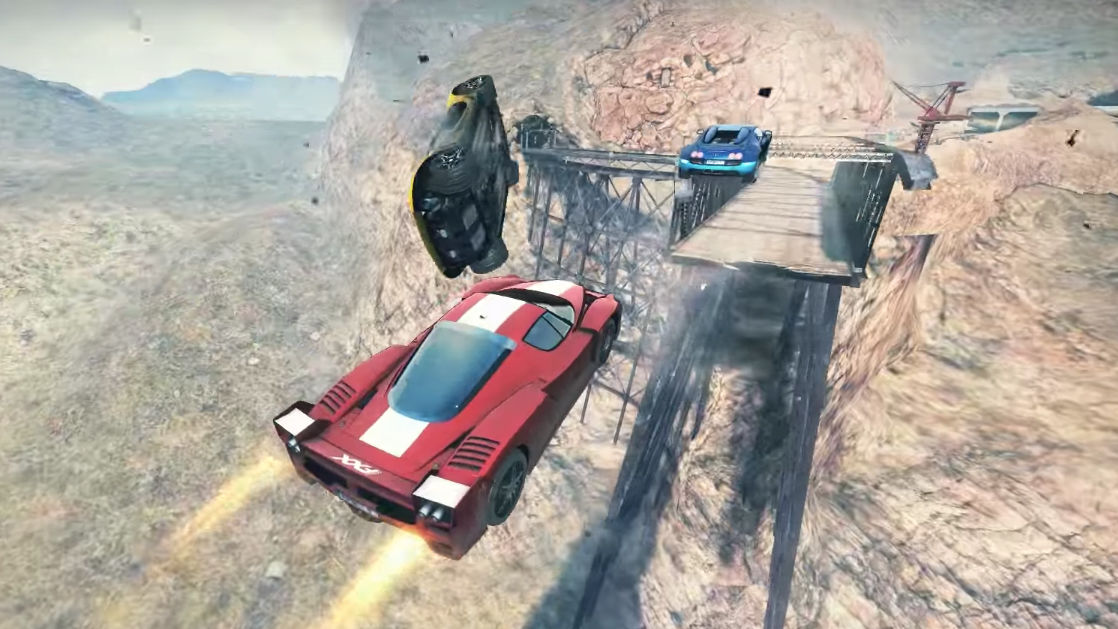 The speed, natural handling, and sheer variety of tracks and cars has led to Asphalt 8 being an unprecedented success, with over 300 million downloads so far.

Single player mode is hugely enjoyable, but it’s when you go online and pit your skills against drivers from all around the world that things really kick into a higher gear.

Free to play, but with various upgrades available to buy, the game doesn’t punish you for not investing money. That being said, you’ll need to invest time if you want to be the best on the tarmac at the end of the day. 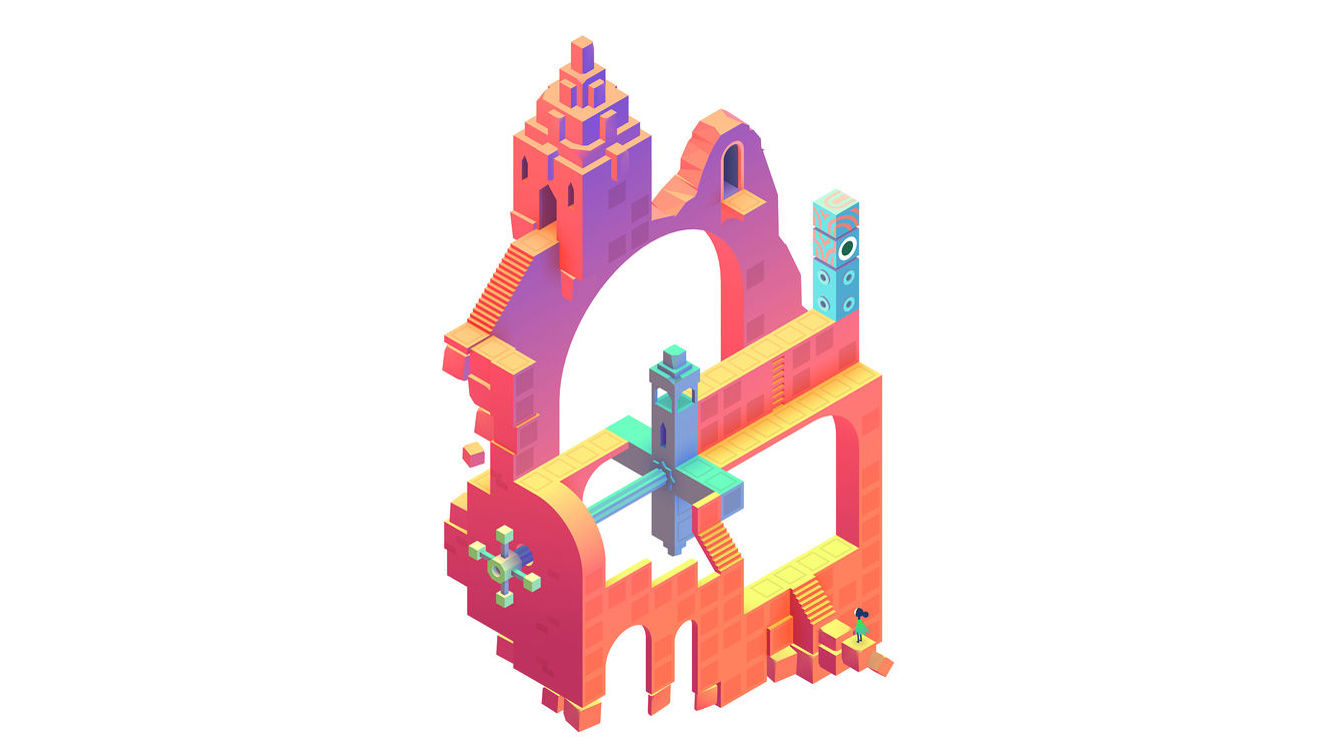 In these short but beguiling games the player is required to turn parts of the Escher-like 3D buildings to create new perspectives, thus allowing their character to move through the landscape.

It’s clever, beautiful to look at, and ramps up the difficulty at the perfect rate, so you never feel overwhelmed or over confident. A few hours well spent.

Walking Dead: The Game (First episode free, £4.99 for each additional)

Mobile gaming can often deliver very enjoyable, short bursts of entertainment. This fits the needs of most players very well indeed, but sometimes you want a story and characters that stick with you. The Walking Dead delivers this is an incredible fashion. 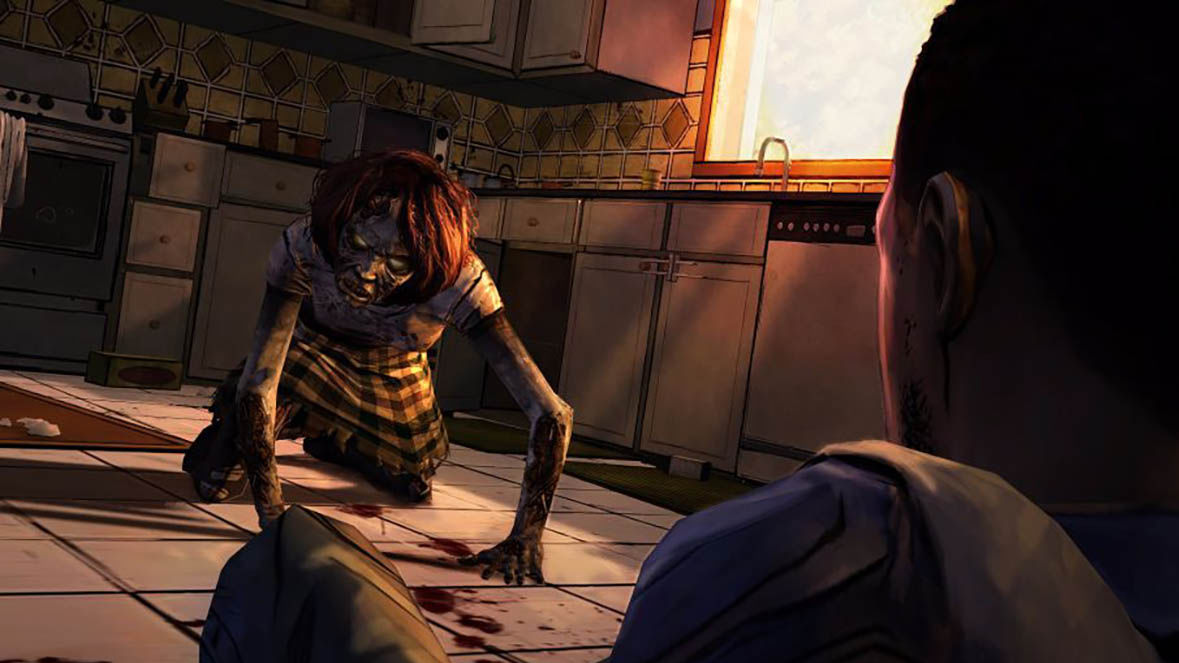 The first season is the one that really shines, as you guide Lee Everett and his young charge Clementine through the shattered landscape of a world infected by a zombie plague.

Rather than opting for action, the Walking Dead relies heavily on the player making decisions based on the conversations and relationships they’ve built with other characters.

It’s a dark and brutal environment, which forces the player into some gut-wrenching choices, but that’s the beauty of the game.

Walking Dead has a story that gets under your skin, and in Clementine there is the added burden of trying to protect a child from the harshness of their predicament while ensuring they are tough enough to survive.

So, that’s our recommendations. Of course, we won’t have hit every great game available on iOS, but these are certainly some of the very best. Feel free to tell us your favourites in the comments below.