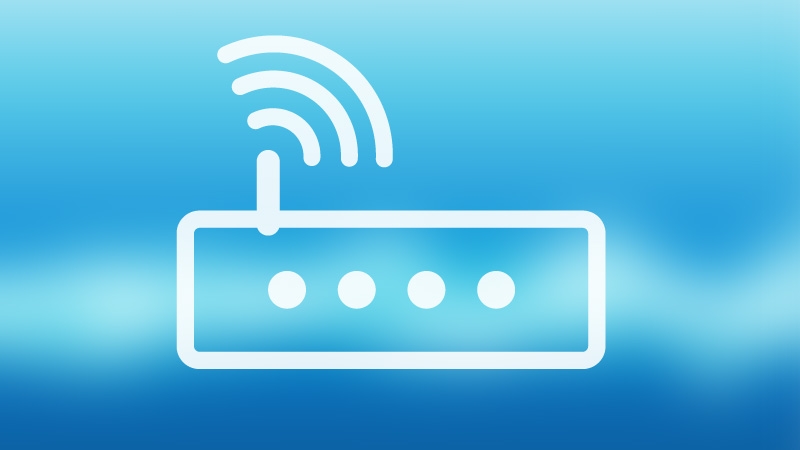 Routers have their work cut out these days: every new gadget wants to connect to Wi-Fi, from smartphones to smart home tech and even some toothbrushes. With smart home kit becoming more popular, including smart speakers, lights, thermostats and security cameras, it’s not uncommon for your internet connection to slow right down and put a stop to your Netflix binge session.

You should also take into mind with many households now completely house-bound during the ongoing COVID-19 pandemic, there are probably more people in your home placing a strain on that Wi-Fi connection.

The good news is that you might not have to spend any money to fix this: there are ways to speed up Wi-Fi for free. However, if slow broadband or an old router is the culprit, you might need to consider upgrading your package and hardware.

But first, try these tips.

We’ve seen it countless times: routers chucked underneath sofas or hidden in the corner. Sure, we understand that you don’t want an ugly box ruining your immaculate lounge, but if you want good Wi-Fi, you need to give your router some breathing space. 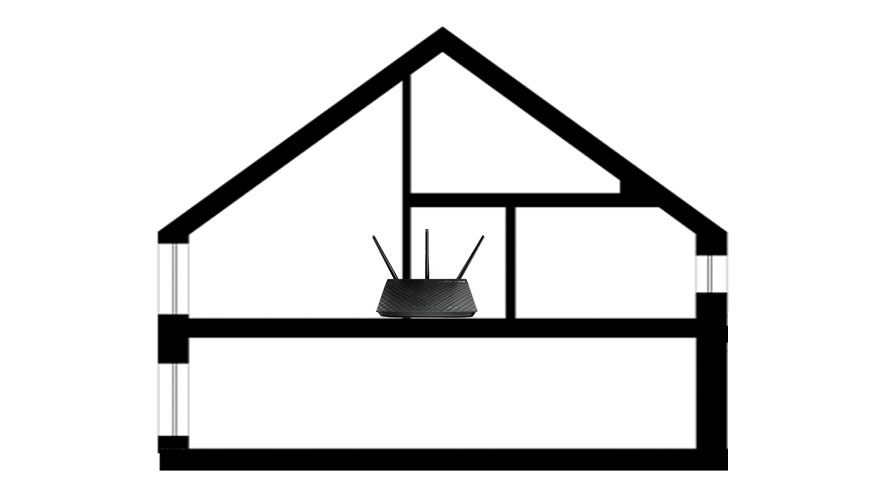 The best place for it is in the middle of your home. For most people that’s impossible because your phone line or cable box sits on a wall at the front of your property. However, if you can, get a telephone extension cable and relocate the router so it’s roughly in the centre and as high off the floor as you can.

This will give it the best chance of delivering strong, fast Wi-Fi to all areas of the home and avoid those blackspots.

Wi-Fi can be flaky at the best of times, but you’re making it worse if you put cordless phones, microwaves, baby monitors and Bluetooth devices near it. Even some fairly lights will interfere with the signal and reduce speeds to a sluggish pace not seen since dial-up modems from 1999.

So keep the area around the router clear of other electronic devices, or face the consequences.

Even if your router isn’t near a device that has the potential to interfere with the wireless signal, there’s every chance that your Wi-Fi is broadcast on the same channel as that of your neighbours, and just like when there are too many cars on the motorway, things can get congested. You see, despite the fact that most countries offer six non-overlapping channels (usually 1, 6, 11 and 14, but this does vary), most routers default to either Channel 1 or Channel 6.

What you can do is download an app like NetSpot’s Wi-Fi Analyzer for PC or Wifi Analyzer for Android and see which channels are currently in use nearby. From there, you can head to your router settings menu and manually select the new channel you want to broadcast on. The issue is that with so many routers and control panels available, it’s near-impossible to tell you how to do it on your router specifically, but a quick Google should give you the information you need.

Use the fastest settings

Routers aren’t the most user-friendly things. You shouldn’t be expected to understand the difference between Wi-Fi standards and frequencies, but only the best routers will automatically give you the fastest-possible speeds the need for manual intervention.

Essentially, the vast majority of Wi-Fi devices right now use the 802.11ac standard but, confusingly, there are two frequencies it can use. If your router is ‘dual-band’ it can deliver Wi-Fi on 2.4GHz and 5GHz.

Since 2.4GHz is more common and boasts a better range than the 5GHz variant, yours and all your neighbours’ gadgets are probably fighting it out to share the available channels.

If your phone, tablet, laptop or other device is capable of connecting on 5GHz, switch to that instead. As long as you’re relatively close to your router, you’ll get a faster more reliable connection.

Some routers broadcast two separate Wi-Fi networks so it’s easy to see which is which, but others (notably BT Home Hubs and most mesh Wi-fi systems) combine them – you have to log in to the router to set it to show the two bands separately.

Some routers have aerials which can be unscrewed. If that applies to the router you’re currently using, you might be able to buy larger versions which have a higher gain. That means a faster, stronger Wi-Fi signal throughout the home without buying a new router altogether.

A cheaper method – which also helps if you can’t physically reposition your router – is to make a reflector that sits behind the router and bounces the signal back the other way. 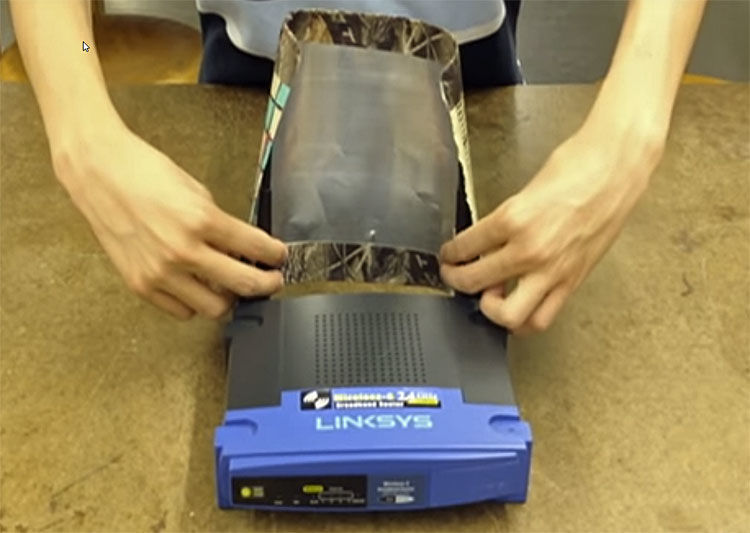 Students at Dartmouth College successfully proved that a simple tin-foil reflector can effectively boost Wi-Fi coverage in the direction of the reflector. It also has a side benefit of limiting coverage behind it, so you don’t end up broadcasting into the road outside, or into your neighbours’ houses. It might look a little bit like a poorly made Doctor Who costume from the 70s, but it should make a noticeable difference to Wi-Fi performance.

Reboot your router once in a while

It’s the computer expert’s standard reply, but have you tried turning it off and on again? This old trick cures a multitude of problems and you might just find that fast Wi-Fi is restored after a reboot.

One thing a reboot does is to kick every device off the network and force it to reconnect. It’s also worth setting a password that isn’t the default just in case anyone is leeching off your connection. With most modern routers secure out of the box, that’s pretty unlikely, but it’s always worth checking.

If you have an old model, it could well be time to buy something better. Wi-Fi technology has come a long way in the last few years and there are several options.

One is to replace the router with a newer model which uses 802.11ac (preferably get one that supports MU-MIMO for the best futureproofing) or you could splash out on a Wi-Fi 6 router to take advantage of next-gen Wi-Fi speeds. 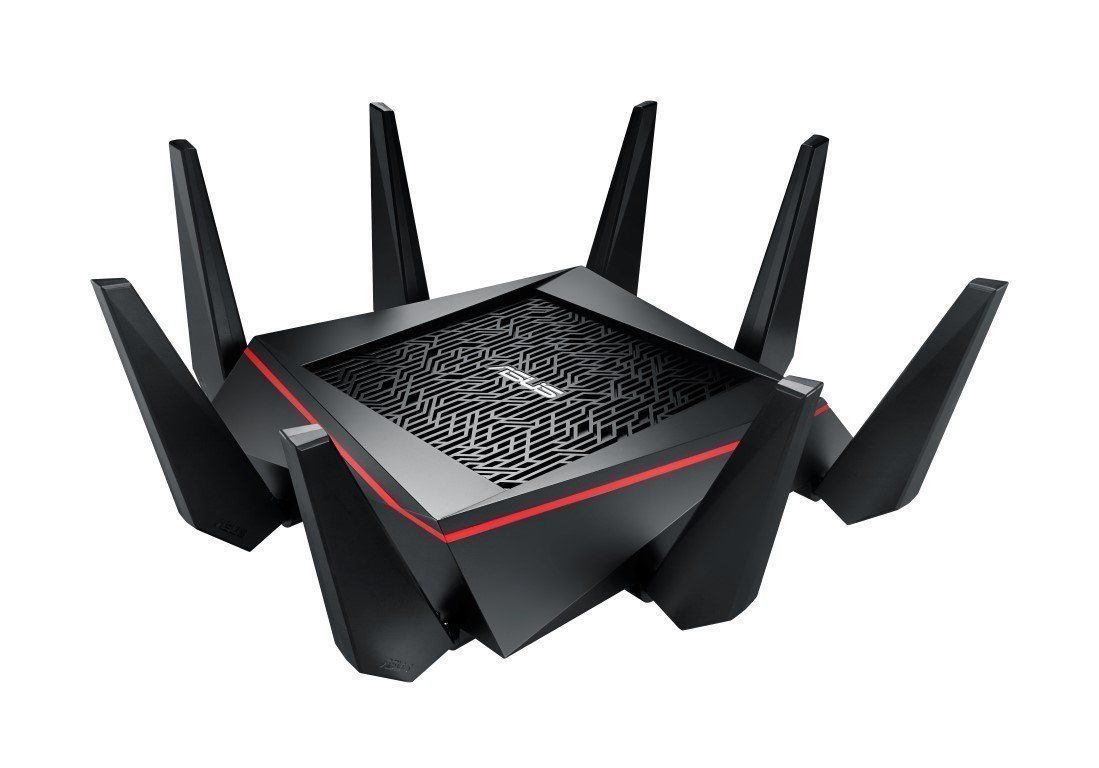 They don’t all look like the mad Asus model above, but most will improve coverage as well as speed.

A better option could be to invest in a set of powerline adapters with built-in Wi-Fi, although this is appropriate only if you have a certain corner of your home – even a single room – which is currently a Wi-Fi black spot.

More expensive, but also more effective and user-friendly, is to invest in a mesh Wi-Fi system. These kits contain multiple routers which talk to each other and spread consistently fast Wi-Fi across even the biggest homes.