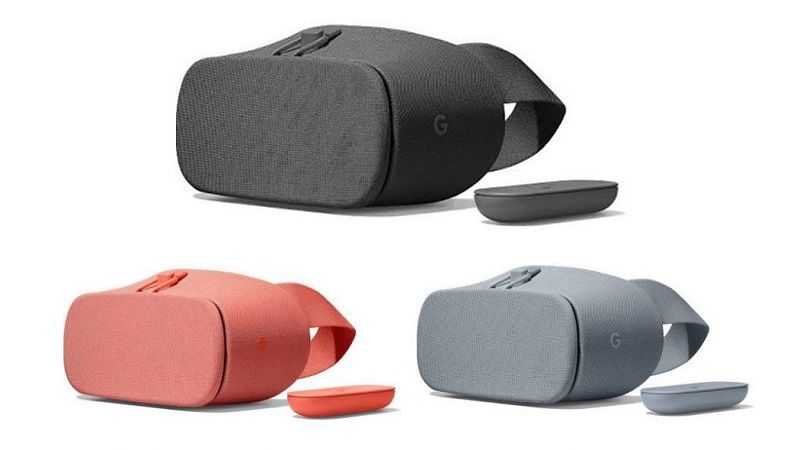 Following Apple’s announcement of the iPhone X in September, Google took to the stage on 4 October 2017 to reveal a host of new products. Alongside announcements for the Google Pixel 2, Google Home Mini and Home Max, Google showcased the Daydream View 2.

Here’s everything we know about the Google Daydream View 2 VR headset so far, including release date, UK pricing, design and features. Also read our hands-on review of the new Daydream View.

When is the Google Daydream View 2 release date?

How much will the Daydream View 2 cost in the UK?

Google announced at its October 2017 event that the new Daydream View headset would cost £99 in the UK, up from £69 for the first-generation headset. It’s available to buy right now on the Google Store ahead of release on 17 October.

So, what’s new with Google Daydream View 2 to justify the £30 price hike? Let’s start with the colour options, as the View 2 is available in a range of new colours.

The grey option is still available alongside stylish black and red options, or as Google calls them, Charcoal, Fog and Coral. The material has been improved to provide a more comfortable viewing experience, and there’s also a handy slot to store your controller when not in use.

Alongside the new colour options, the Daydream View 2 features a wider FOV for a more immersive VR experience, although the company is yet to divulge the specifics.

There’s also a bunch of new software too. Google announced that there are over 250 Daydream apps now available to download, and that the company is working on premium VR video content exclusive to Daydream. No release date was given, nor was any details regarding pricing.

The company also announced the availability of IMAX movies via Google Play Movies, exclusive to Daydream on the Google Pixel 2.

Oh, and for those of you that play VR in groups, you can now cast your VR experience to the TV so friends and family can see what you’re experiencing in virtual reality.

The following smartphones are compatible with the Google Daydream View 2: