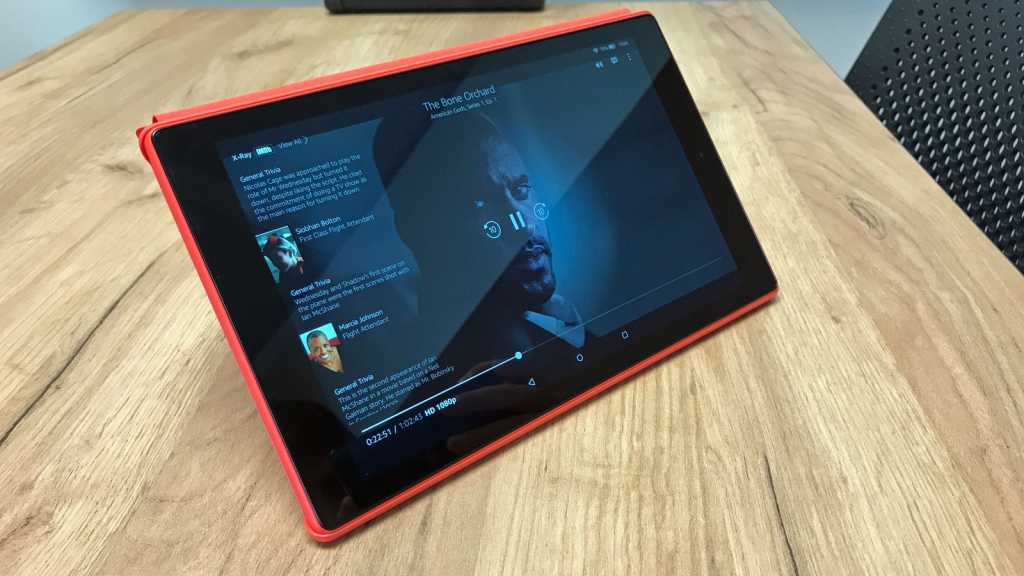 Historically, if you wanted a 10in tablet, your choices were limited to an expensive iPad or a budget Android offering. Amazon then got in on the act a couple of years back with its Fire HD 10, but it wasn’t until now that you’d actually want to buy one.

For the 2017 HD 10, Amazon has pulled all the stops out and produced by far the best budget 10in tablet yet. Read on to find out why.

When is the Amazon Fire HD 10 release date?

The Fire HD 10 will go on sale 11 October. However, you can pre-order one immediately from Amazon in black, marine blue or punch red. 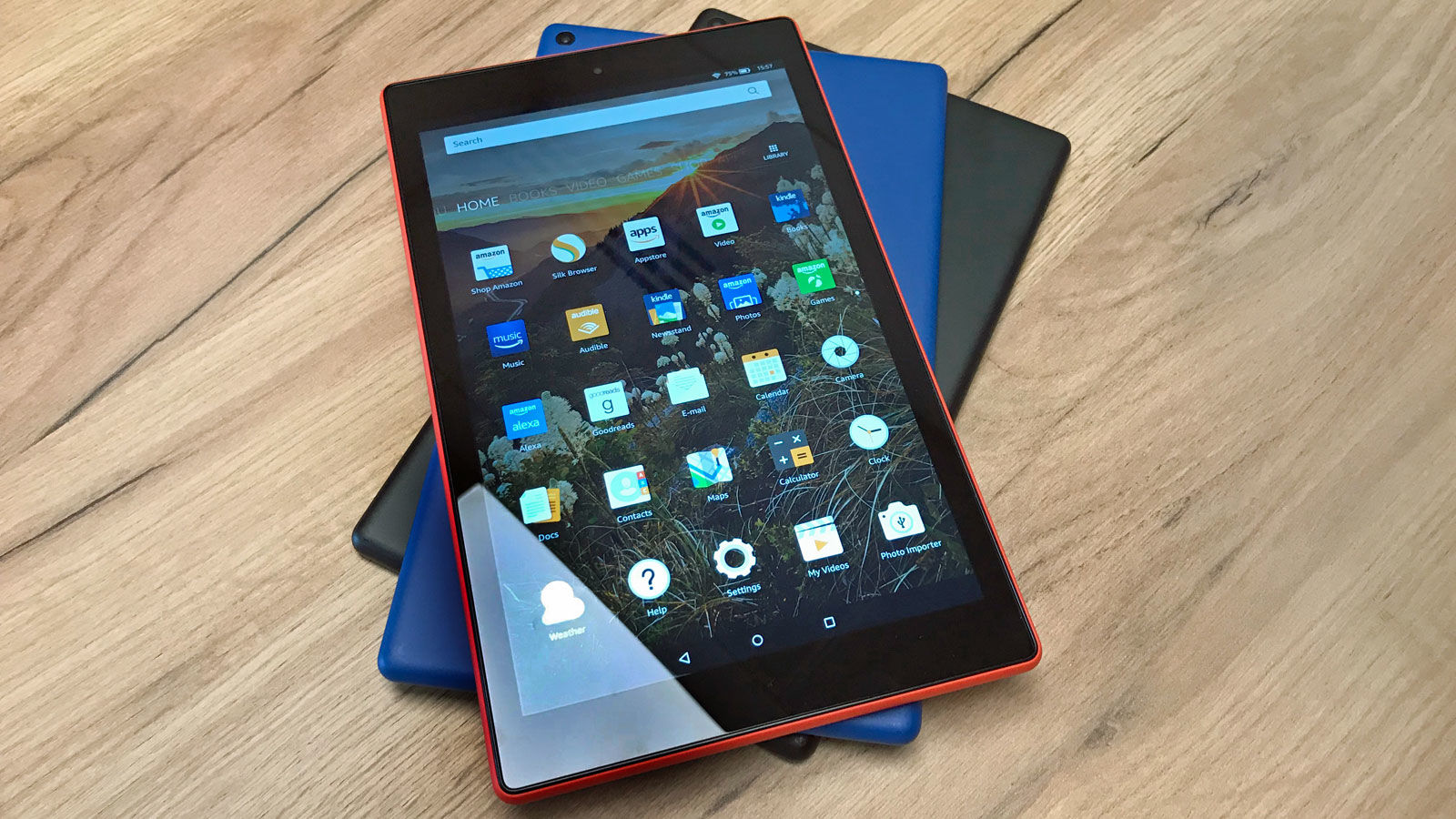 How much does the new Fire HD 10 cost?

If you don’t want ads on the lock screen, Amazon charges £10 more, making it £159.99. But that goes for all Fire tablets. There’s also the option of 64GB of storage instead of the base 32GB, but both models are expandable by up to 256GB with a microSD card.

You can buy an HD 10 from Amazon as well as from Argos, Currys PC World, Dixons Travel, John Lewis, Shop Direct and Tesco.

There’s also a 30 percent more powerful processor and twice the RAM (2GB vs 1GB), which allows the new Fire HD 10 to be Amazon’s first tablet that supports hands-free Alexa.

Alexa is now available on all current Fire tablets, but you have to tap the screen before you can talk. With this new model you can treat it like an Echo and make your requests simply by using the “Alexa” wake word. 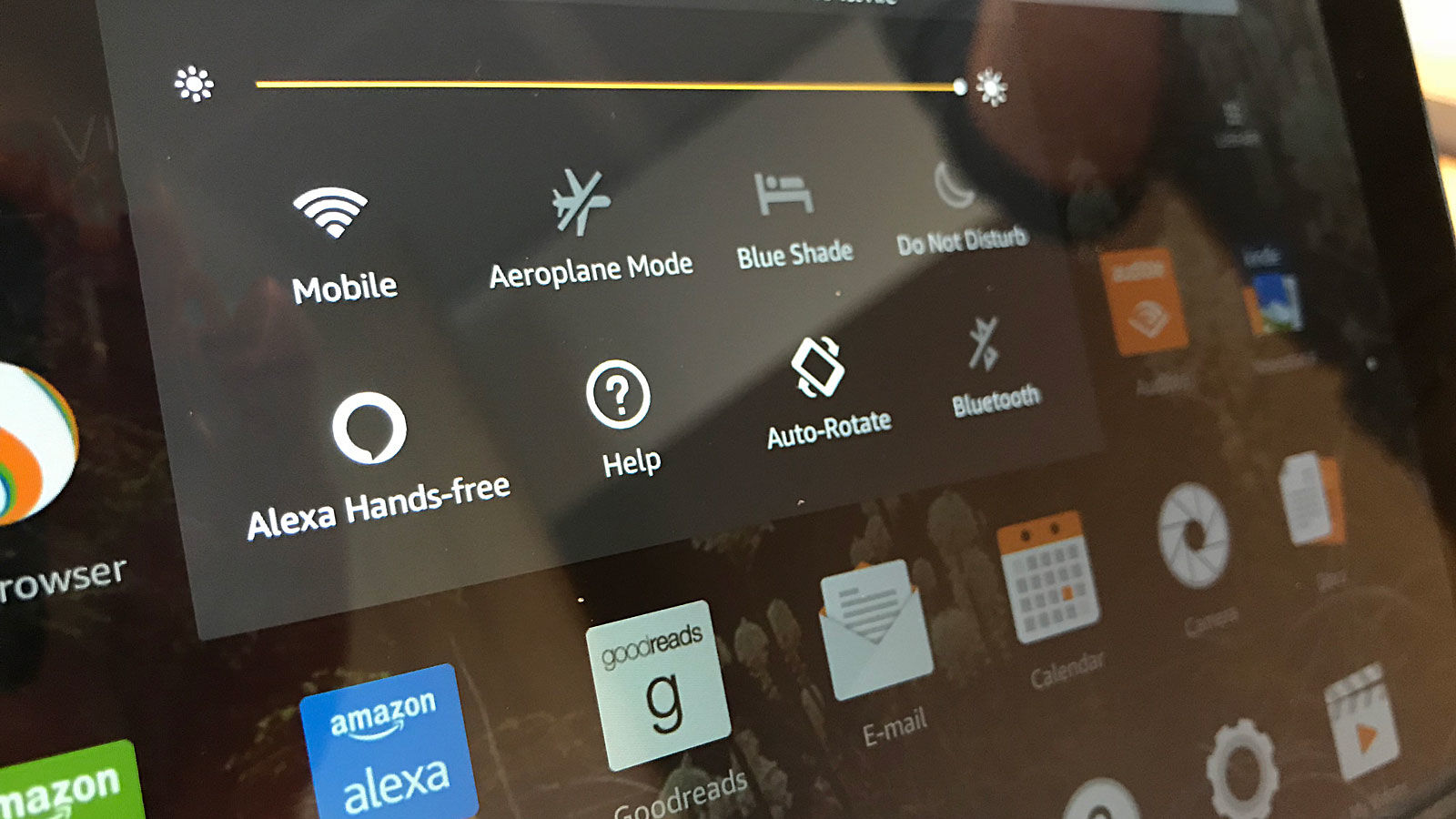 If you don’t want Alexa to respond, muting the microphone is as simple as swiping down from the top of the screen and tapping to Alexa Hands-free shortcut which acts as an on-off toggle.

As well as being able to ask all the usual questions, on a Fire tablet you can also get Alexa to launch apps, read audiobooks and search for videos. And when watching a video, Alexa can control playback and volume so you can say, “Alexa, jump back two minutes” or “Play the next episode”.

And thanks to the screen she can show you a weather forecast for the next seven days, your calendar and sports scores (including football, cricket and NFL). These answer cards are now shown full screen, making them easier to see. 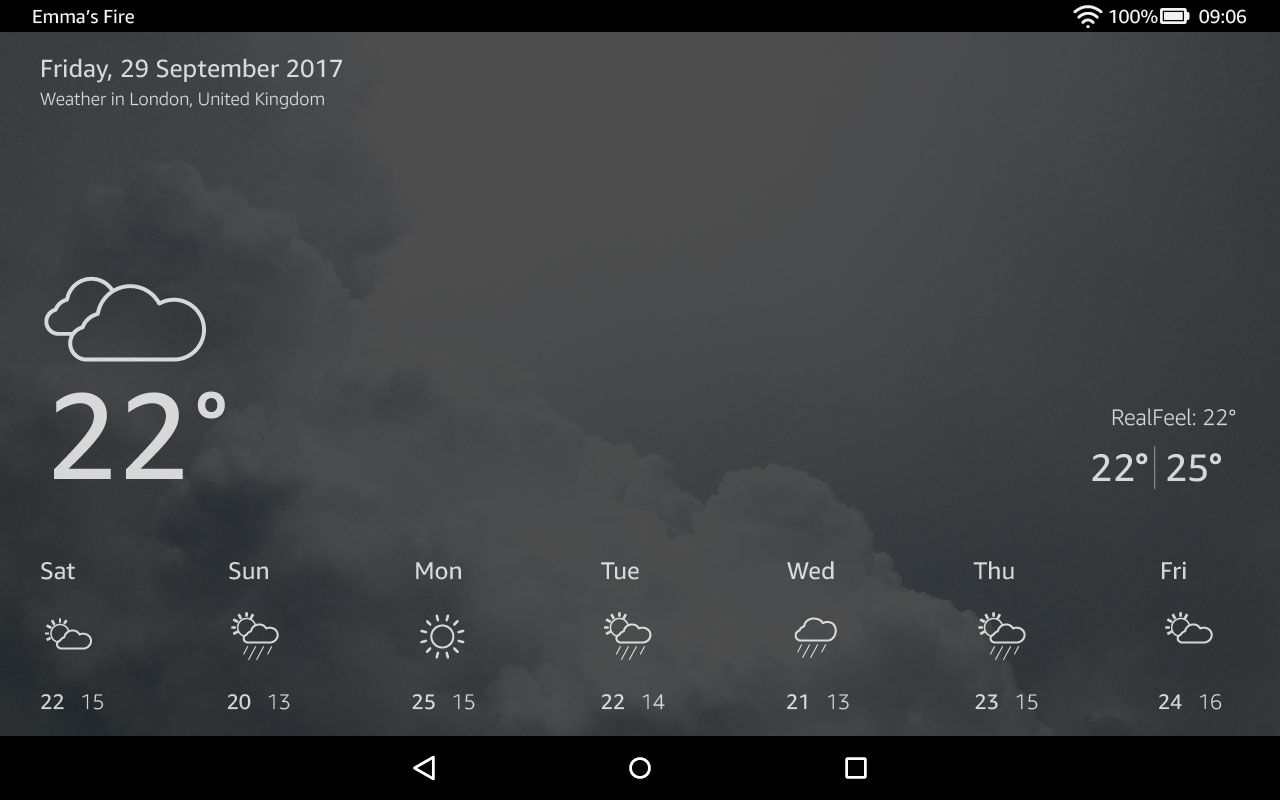 Amazon has made her a little smarter, too. Although she still can’t take multiple commands at once, she’s beginning to understand context. In the demo, she was able to answer “Who is the Prime Minister of the UK?” and also a follow-up question, “Where was she born?”. Eastbourne, it turns out.

The updates don’t stop there: the stereo speakers have been tuned for Dolby Atmos and the battery is said to last for 10 hours of mixed use, two hours longer than the 2016 model.

There’s one unwelcome change: both cameras have been downgraded. There’s a low-resolution 0.3Mp camera at the front and 2Mp at the rear.

Design-wise little has changed, but that’s not a criticism: the Fire tablets are unashamedly plastic and this time around you’ve a choice of two vibrant colours or the traditional black. Official cases are available for £25.99 in matching hues (plus cobalt purple) and have a fold in the cover so they double as a stand. 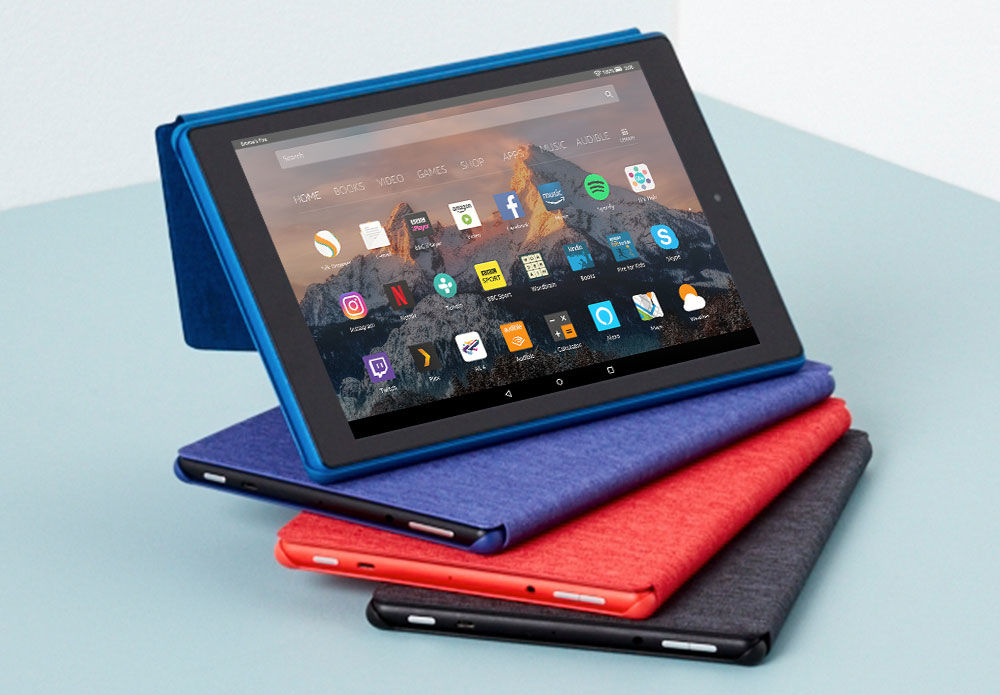 Don’t forget that this isn’t an Android tablet. This means you’re not going to find Google apps such as YouTube, Chrome, Google Maps, Gmail and the Play Store.

Instead, you’ll find Amazon’s versions of those, and apps and games in Amazon’s Appstore. The Amazon equivalent of YouTube is – of course – Amazon’s Prime Instant Video service, but you can get a perfectly serviceable YouTube app from the Appstore, or watch via Amazon’s Silk web browser. 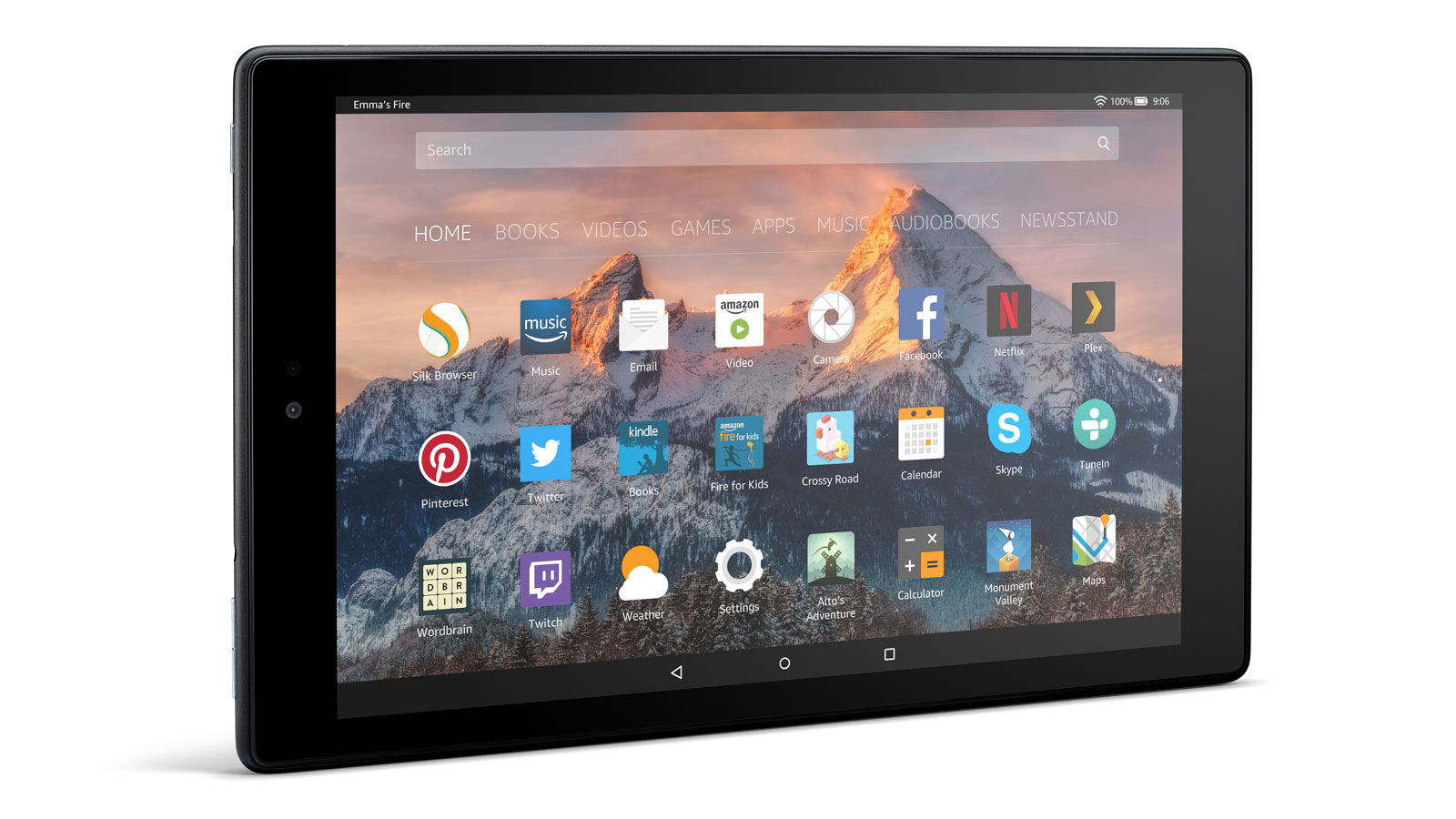 We’ll bring you a full review of the new HD 10 as soon as we can.