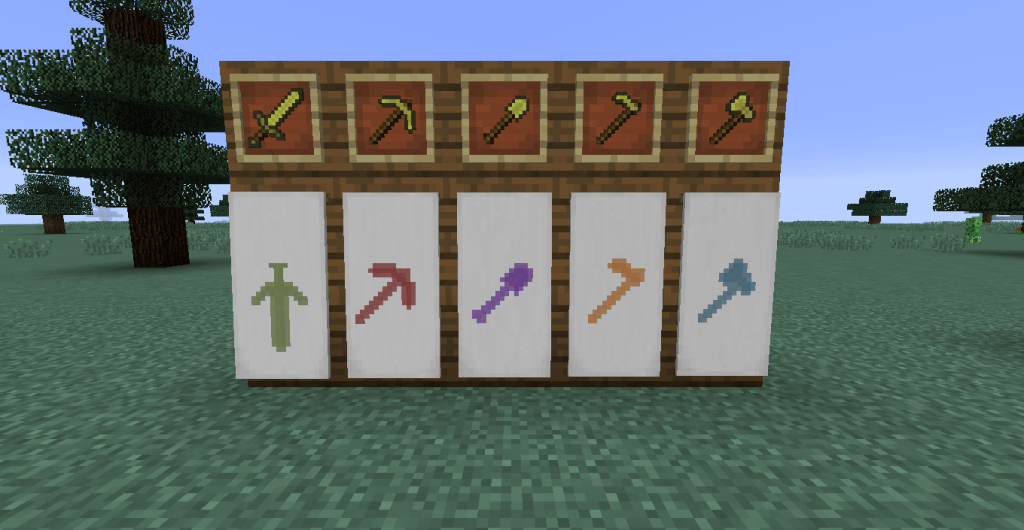 Nobody knew just how popular Minecraft was going to be when it was released back in 2009, but 8 years and 122 million sales later and the game is as popular as ever. It’s thanks, in part, to the creativity it inspires – almost anything that you can imagine can be created in some shape or form in Minecraft. In fact, it has inspired a number of similar games, both free and paid.

So, how do you create banners to hang on your walls or leave outside your castle to let others know who lives there? As with most things in Minecraft, it’s easier than you might expect.

How to make banners in Minecraft

Are you looking to create banners in Minecraft to hang on your walls or to scare away intruders? Don’t worry, it’s simple and uses items easily found in Minecraft.

In the crafting menu, select two rows of wool and a single stick on the bottom row to create a banner. It’s worth noting that the colour of the wool dictates the colour of the banner, so it’s worth dying it beforehand if you wanted a blue or green banner.

The banner itself can be placed on the ground or walls, and even attached to shields too.

But what if you want to customise your Minecraft banner? Of course, there’s a way to do that too.

Patterns can be easily added to banners using dyes – this guide assumes that you know how to source dye in Minecraft. If you’re unsure of how to make it, take a look at this tutorial.

The idea of adding patterns to banners is relatively simple: place the banner in any free slot in your crafting grid, and drop dyes into the other slots to correspond to your design.

It doesn’t stop at basic patterns either – there’s a range of patterns that can be added to banners in Minecraft, including colour gradients, borders and icons. And if that wasn’t enough, you can even combine patterns between banners to make an entirely new design.

There are far too many to list here, so take a look at Minecraft 101’s complete list of designs for more inspiration.