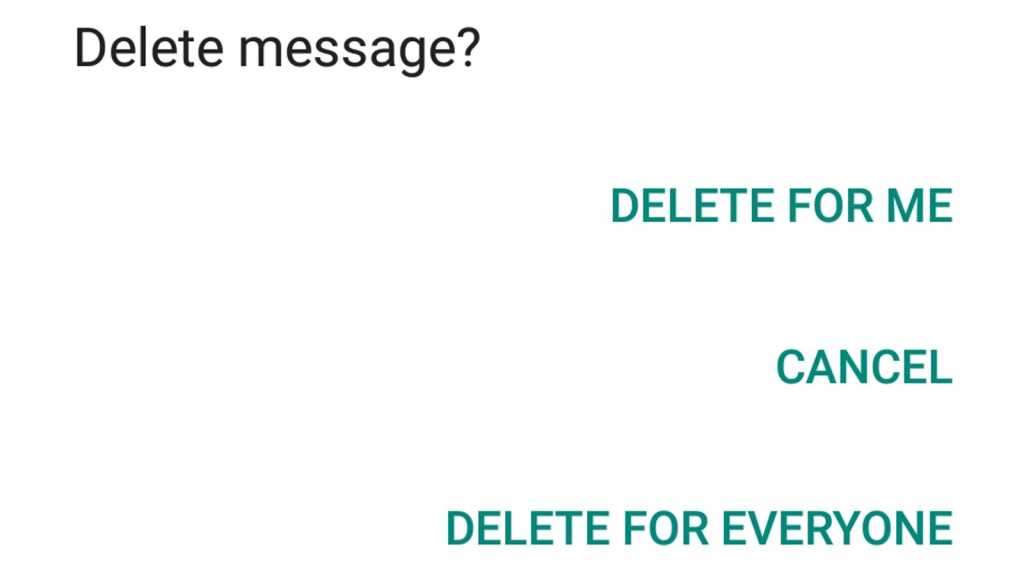 You’re on a timer here, so let’s cut straight to the chase: do you need to delete a WhatsApp message you’ve just sent? You have SEVEN MINUTES. Open the message, press and hold to select it, tap the rubbish bin icon at the top of the screen and choose ‘Delete for everyone’.

Now breathe, and let’s talk about it. Did that really work? Did anyone see it before you deleted it? Will they know you deleted a message?

WhatsApp no longer puts us through the agony of having to awkwardly avoid people after we have accidentally sent a message to the wrong person – or even a message to the right person, but one that we have immediately regretted.

It’s now possible to delete WhatsApp messages even after they have been delivered but, as we alluded to above, there is a time limit. After seven minutes have passed, it is not possible to remotely delete a WhatsApp message from someone else’s phone.

Let’s assume you immediately regretted the sent message, and therefore got to it before they would have done. The chances are you probably deleted it before they saw it, but the only way to be sure is by using the ticks system that appears at the end of every message, so let’s hope you clocked that before hitting the kill switch.

If there was a single grey tick before you hit ‘Delete for everyone’ then you can rest easy: it hadn’t even been delivered to their phone. If there were two grey ticks then it was delivered, but not read. Two blue ticks? Time to leave the country.

Unfortunately, WhatsApp has no MIB-style neuralyzer: if two blue ticks have appeared to show someone has already read your message, no amount of frantically trying to delete it from the conversation will scrub it from their memory (though it may destroy the evidence).

WhatsApp will display a message within the conversation thread confirming that a message was deleted, but giving away no clues as to what it said. You have time to think about this, so style it out – and, if in doubt, a simple ‘Oops! Wrong person’ should suffice.

Are there any situations where this might not have worked? Afraid so, but it is unlikely.

If someone had received your message while in an area of mobile or wireless connectivity, but then lost signal or turned off their phone (perhaps the battery ran out), WhatsApp would not have been able to reconnect to that phone to delete the message. It will also stop attempting to delete that message after 13 hours, 8 minutes and 6 seconds (which is weirdly precise), so you’ve got to hope they will come back within range or find a charger within that time period.

Send them another message and you’ll soon find out – either read receipts are obviously switched off, or they are gunning for you.

Can you bypass the seven-minute rule?

@AndroidJefe has reportedly found a trick to extend the time period in which you can delete a sent WhatsApp message, but warns that it works only if the message has not already been read.

More relief may also be coming, as WhatsApp is reportedly testing an in-beta ‘ Disappearing Messages‘ feature, which will allow you to predetermine how long messages should exist before they self-destruct, with options between 1 hour and 1 year.