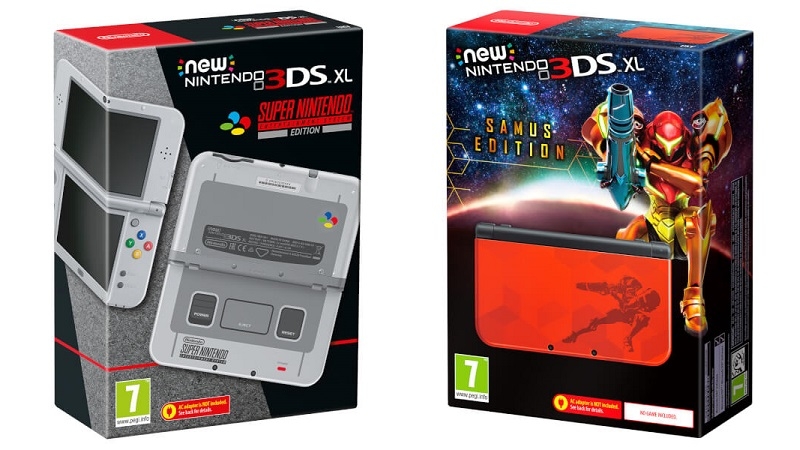 Following and prior to the upcoming launch of the SNES Classic Mini, Nintendo will release two special Edition 3DS handheld consoles. Get the lowdown on the release dates, price and more for the SNES and Samus Editions.

Nintendo is having something of a bumper year with the Switch console, 2DS XL, plenty of top games like Zelda: Breath of the Wild and there’s a load more to come. It’s a good job, too, with the Xbox One X coming out soon.

First up is the Metroid themed 3DS XL which is called the Samus Edition and it will launch on 15 September.

It’s priced at £179 but doesn’t come with a copy of the new Metroid: Samus Returns game. You can pre-order the Samsus Edition 3DS XL from Nintendo, Amazon or GAME.

This edition comes with a yellow and red design featuring, of course, Samus. 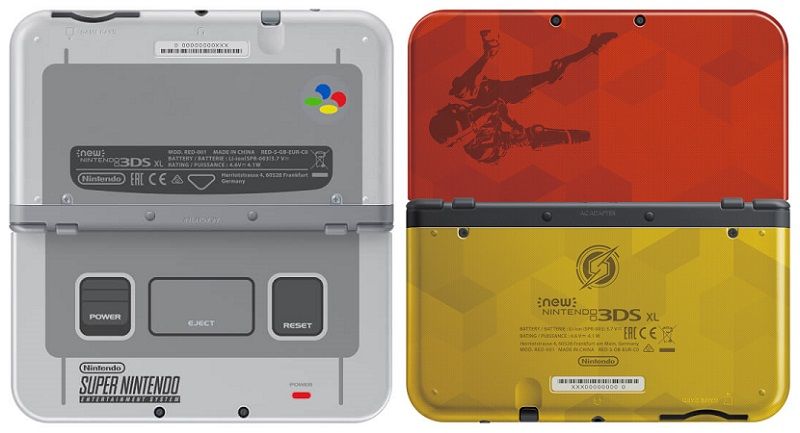 The SNES Classic Mini will arrive first on 29 September but it won’t be long to wait for the SNES Edition 3DS which will launch on 13 October.

It costs £179 which is the same price as the regular 3DS XL colours. You can pre-order the SNES 3DS XL from Nintendo, Amazon or GAME.

As you would expect, the SNES Edition has a design that resembles the classic console including the game slot, eject button and coloured buttons. It doesn’t have any SNES games pre-loaded, though.