Virtual Reality may have been grabbing the headlines recently thanks to the release of headsets such as the Oculus Rift, HTC Vive, and Playstation VR, but the smart money is on another new technology that’s beginning to emerge: Mixed Reality.

So, what is Mixed Reality, and how does it differ from VR?

You might think Virtual Reality and Mixed Reality are interchangeable terms but there are significant differences between the two.

VR is a self-contained, digitally created environment that users enter into via headsets such as those mentioned above. Everything in a VR world is virtual, hence the name, and essentially acts as an escapist retreat from reality, which is no bad thing if you spend any time watching the news at the moment.

This gives VR a huge canvas to work with, and is the natural evolution of gaming. Huge AAA titles such as Fallout, Skyrim, and Doom are all getting VR editions in the coming months, which will allow players to explore the irradiated Boston wastelands, or rural charms of Whiterun, all from an immersive, first person perspective. 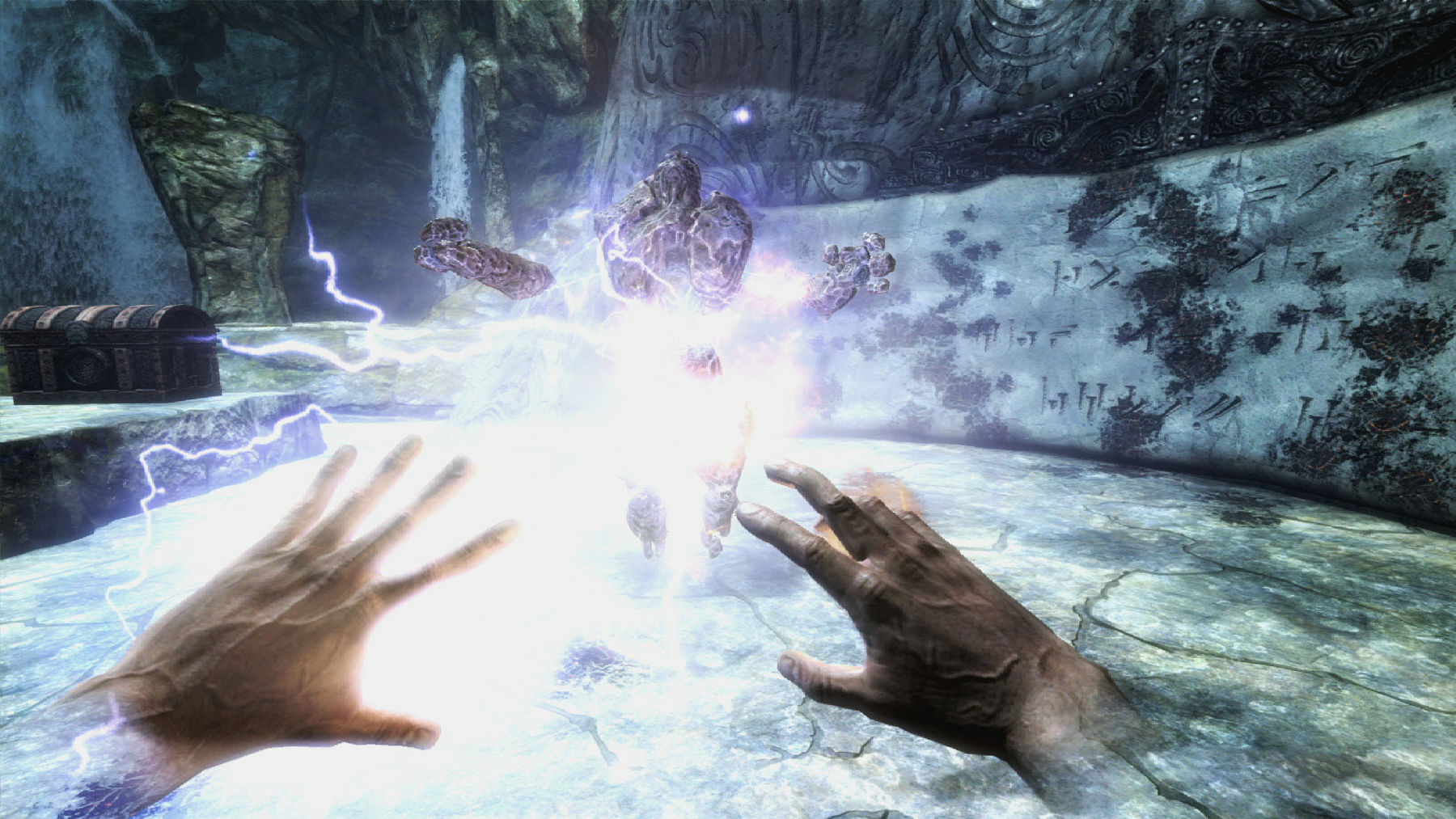 VR is certainly a very exciting area, and the potential for dramatic, exciting adventures, all conducted from the relative safety of a living room, makes it an attractive option for many.

Just taking a quick look the best upcoming VR games will give you a flavour of what to expect from this dynamic area of entertainment in the days ahead.

Unfortunately, at the moment these titles require high-end PCs and expensive headsets to make the graphically demanding technology work. This ensures, at least in the short term, that it remains the province of early adopters and serious (not to mention wealthy) gamers.

There are simpler versions available for those who want a taster of VR though. Google Cardboard, Samsung VR, and a number of others, utilise the power of your smartphone to generate images and allow you to explore the environments.

They may be rudimentary when compared to the Oculus Rift, but as an introduction to the VR universe they can still be a lot of fun.

For a more details take a look at our Complete Guide to VR.

So, what is Mixed Reality?

Putting on a Mixed Reality headset will still allow you so see the world around you, thanks to an in-built camera, but with digital images overlaid. Alternatively, it can also create virtual worlds, and add real objects instead.

The system is the creation of Microsoft, and has the full name of Windows Mixed Reality – the video at the top is Microsoft’s preview.

This isn’t some far-off futuristic project though: you’ll be able to buy Mixed Reality kit before Christmas 2017. 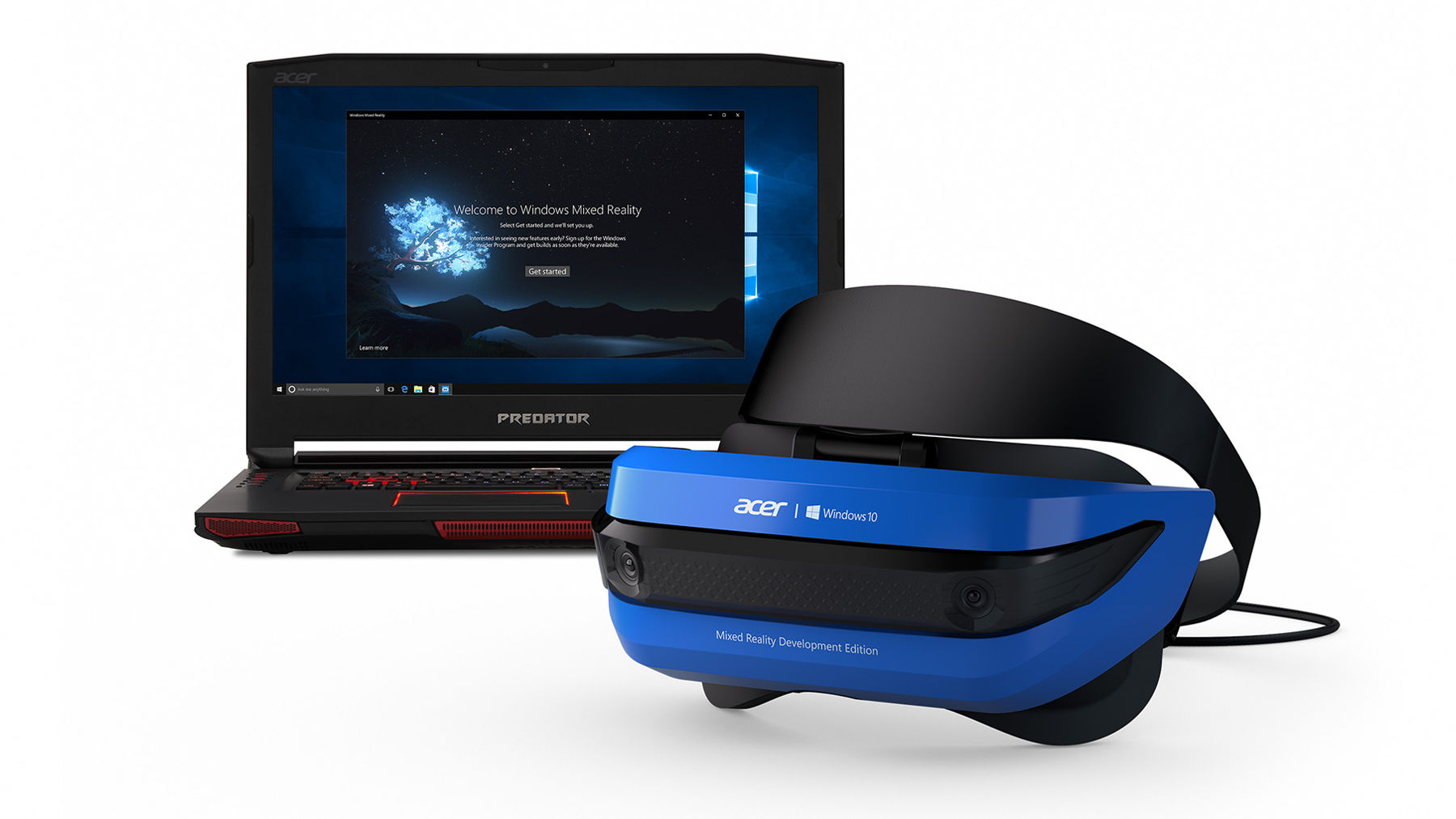 Windows Mixed Reality is also designed to work with normal Windows 10 laptops and PCs, rather than the premium ones that VR requires. You will need the latest Windows 10 Fall Creators Update, though.

Alongside inventing the software, Microsoft has developed a headset – the HoloLens – and controllers that allow users to interact with objects in the environment.

These will act as reference designs though, with Dell, Acer, Lenovo, HP and others all preparing their own devices which will release very soon, with prices thought to be around the £400 mark.

In fact you can now pre-order the Dell Visor Mixed Reality headset & controllers from Currys for £429.99.

How does Windows Mixed Reality work?

Mixed Reality headsets have front cameras that survey your immediate surroundings. This is how they’re able to blend realities, as well as indicate to a wearer any physical obstacles in front of them, thus avoiding any tripping accidents.

Movement is also improved. With most VR setups, the player is chair-bound or can only move through a very short space. External cameras/sensors can extend this, but the user can’t see what’s around them, so it’s not really meant to be too active.

The Windows Mixed Reality headsets use something called ‘Inside-Outside Tracking’ to monitor the position of the user, with all of the sensors built into the casing. This gives them a far greater range to explore, or at least it will once the cable tethering them to their laptop is eradicated.

What will I be able to do with it?

Microsoft demonstrated Windows Mixed Reality with the Cliff House simulation. This was a virtual home where users could wander around, all while accessing elements of Windows on their PC.

This included opening a panel in the air which could contain an internet browser, Outlook, Groove Music, or a number of other applications. The idea was to show how things you might use in normal life could be transported into this peaceful, idyllic, beach-house setting.

This was a departure from previous demos which have focused more on interactive games, but that’s one of the advantages of MR as it can offer pretty much everything VR can, as well as the blended reality. 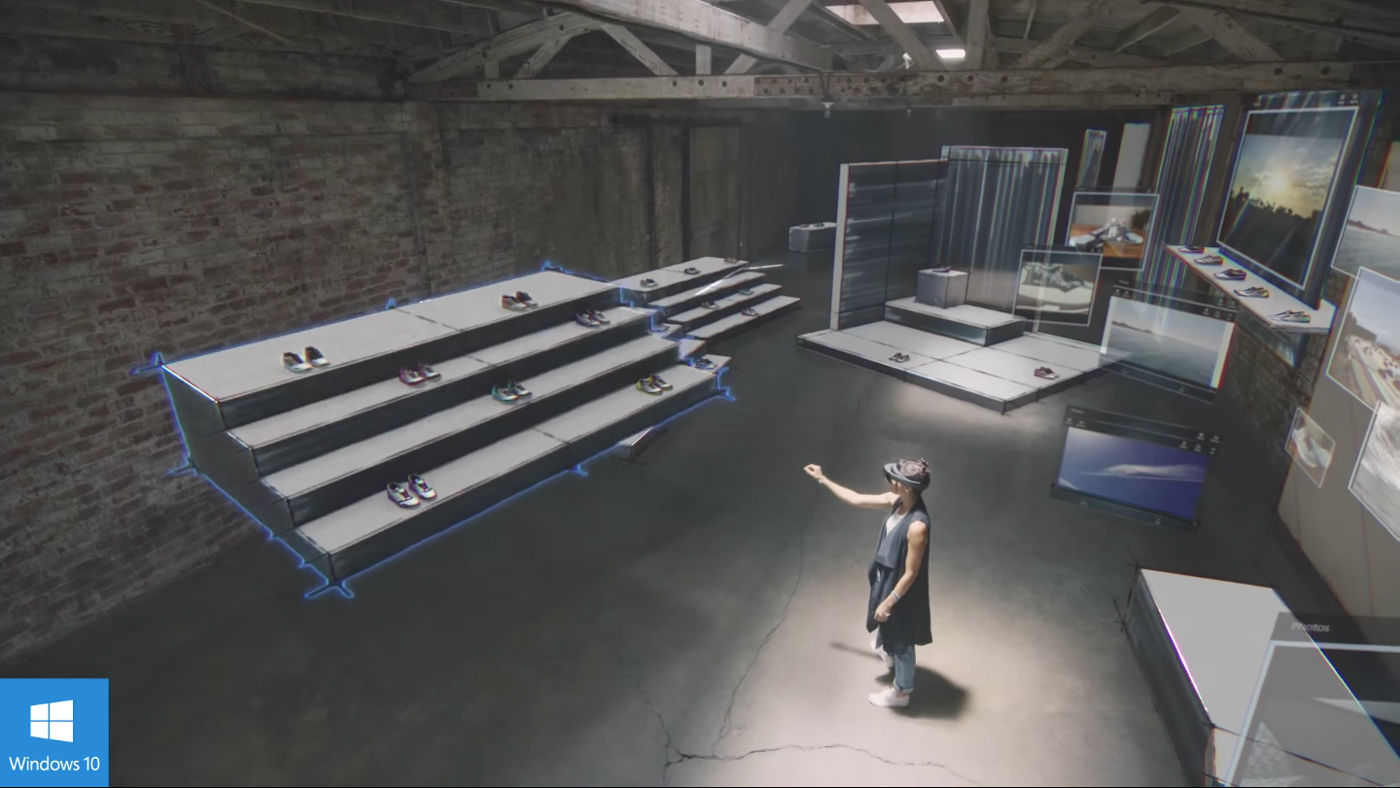 Education is a strong candidate for MR, as teachers could take students to ancient civilisations, outer space, or into the microscopic world, all while retaining a real-life presence in the class.

Communications is sure to be another avenue, with business meetings, product demonstrations, or family Skype calls taking on new dimensions.

Admittedly, it’s early days, but Microsoft seems seriously committed to this exciting technology. With new devices about to hit the shops, plus new apps no doubt following close behind, it looks like it won’t be long before Mixed Reality becomes a… reality.