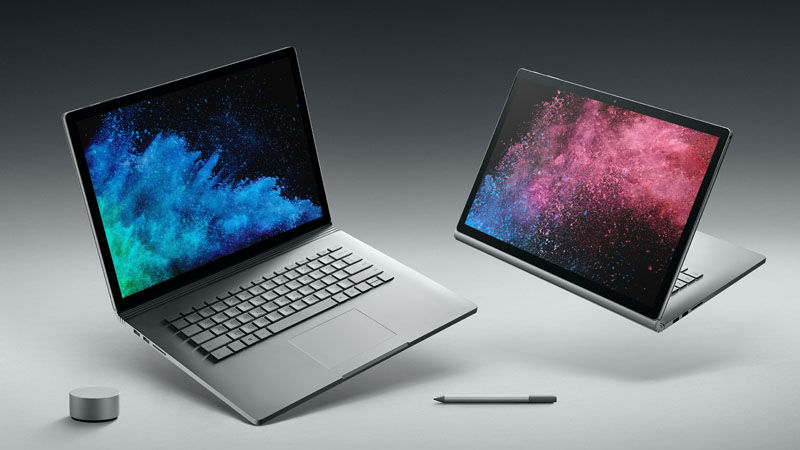 The original Surface Book, which went on sale in February 2016, was Microsoft’s first proper laptop. That device was billed as the ultimate laptop, yet Microsoft has announced a new version that’s said to be five times faster, offers a 17-hour battery life (70 percent more than the MacBook Pro) and boasts a new USB-C port.

There are two models of the new Surface Book, one with a 13.5in screen and the other 15in, and each come in various processor, storage and memory combinations. You can read our initial impressions in our hands-on review.

The cheapest option is a 13.5in Surface Book 2 with a seventh-generation Intel Core i5 chip, while other models in the line-up run a latest-generation Kaby Lake Core i7-8650U.

With either 8- or 16GB of RAM and up to a terabyte of flash storage, the new Surface Book means serious business.

When is the Surface Book 2 release date?

Both models are also available from other retailers including John Lewis, Amazon, AO and Argos.

How much does the Surface Book 2 cost in the UK?

Many specifications are constant between the two Surface Book 2 models. The screen is naturally larger on the 15in model, which is obviously a little bigger and heavier overall, but each has the same processor, memory and storage options.

If you want the fastest graphics, though, the 15in model has a GTX 1060 chip with 6GB VRAM. (It’s this model that is reported to be five times faster than the original Surface Book.)