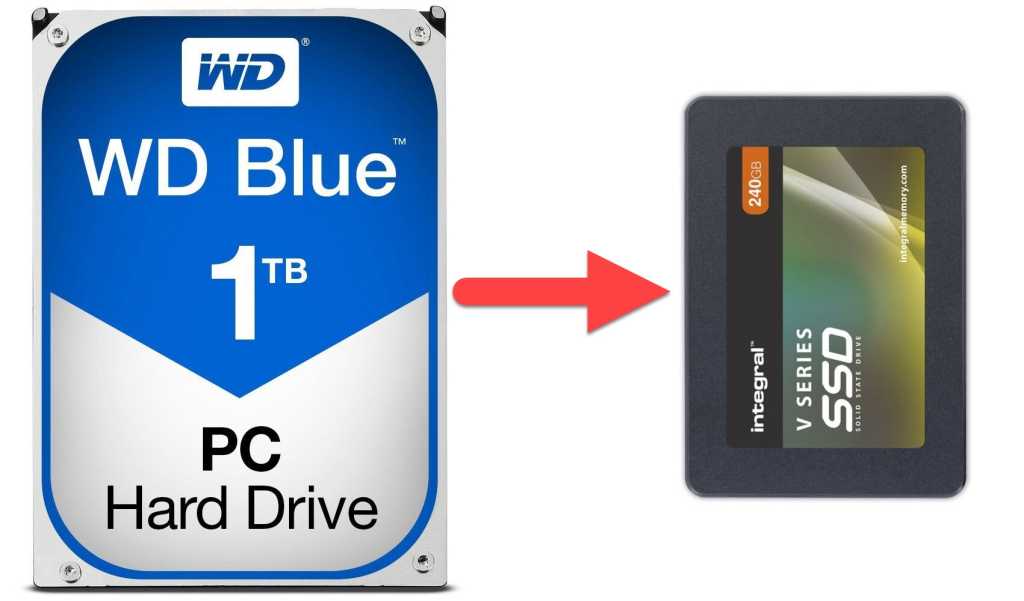 One of the key attractions of owning a desktop PC is being able to upgrade the internal components. With more modern storage solutions offering greater reliability and efficiency, it’s no surprise you’d want to upgrade to a new SSD.

However, that involves transferring all of your data from your existing hard drive to the new one. While there isn’t native functionality within Windows, it’s a relatively simple process if you have the right hardware and software.

Even if your new drive has a smaller capacity than the old one – a common scenario if you’re replacing an older laptop or PC drive with a modern SSD – it’s still possible to clone the data between the drives. Just make sure there’s less data stored on the old drive than the capacity of the new one.

There are two ways to clone a hard drive. First, you can buy a hard drive cloner, plug in two drives and hit the button. It’s not the cheapest method, and it won’t work if the capacity of the new drive is smaller than the old, but it’s the easiest method if the drives are the same capacity, or the new one is larger.

Our preferred method, however, is to connect both drives to the same PC and use cloning software to copy the contents across. First, this is cheaper than buying a hardware cloner and it also gives you much more control over the process. Plus, with the right software, you can also clone a bigger-capacity drive to a smaller one.

Can you clone a hard drive in Windows 10?

Yes, but you’ll need additional software. Microsoft has never included a tool for making an exact copy of a hard drive in Windows itself. Although you can copy files from one drive to another, this isn’t enough – especially if it also contains a Windows installation. All Windows can do is resize or create new partitions.

To make an exact copy of the original disk, which includes Windows files plus the hidden stuff you can’t see (such as the partition table and any hidden partitions), you need special software or hardware.

One of the easiest ways of cloning a hard drive is to buy a duplicator. This is a piece of hardware that lets you plug in two SATA drives and copy the contents from one to the other. 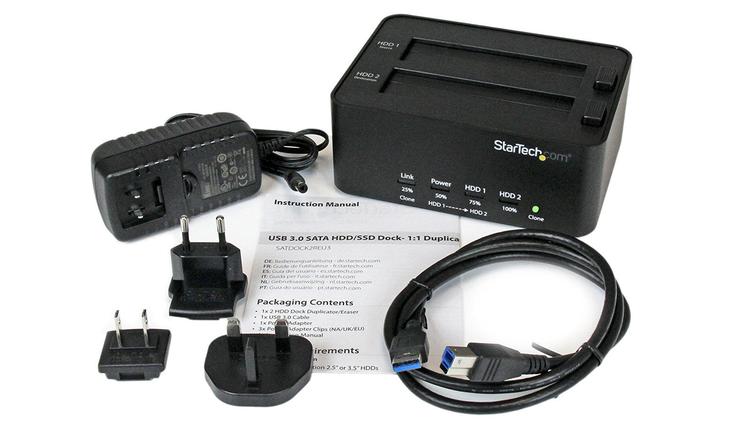 This will accept standard 3.5in or 2.5in drives that use a normal SATA connector. You can even buy a SATA-to-IDE adapter (SAT2IDEADP) in case you have an old IDE disk. You probably don’t have a working one though, as IDE was phased out many years ago.

As mentioned, most duplicators will only work if the new drive is the same (or larger) capacity than the old one. That’s a problem if you’re upgrading to an SSD and you can’t afford to buy one with more storage space than your old hard drive.

How to clone a hard drive using software

There are a couple of free apps which will clone a drive, among which is  Macrium Reflect Free, but you’ll quickly discover their limitations. If you want the most flexibility and a graphical interface that’s easy to use, you’ll need to buy some software.

However, if you haven’t already bought a new hard drive, it’s worth knowing that some SSDs are available as ‘upgrade kits’ which come with cloning software. Some even include a USB-to-SATA cable so you can clone your laptop’s disk to the SSD without having to take the old disk out and use a PC (which is the only other way to attach both drives at the same time).

Drive Copy 15 Professional is currently available as a one-off purchase of £67.96 (US$79.95) and does everything you would expect, including cloning to a smaller-capacity disk by excluding files if there’s not enough space. It even supports cloning to virtual machines so you can work with older apps which aren’t supported in Windows 10. 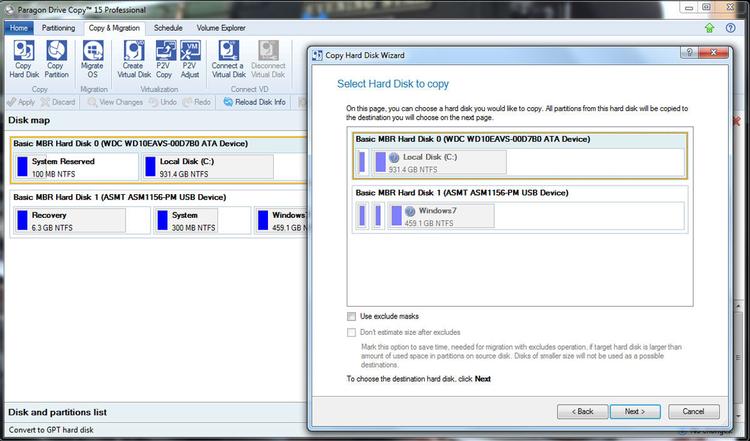 Annoyingly, you’ll find you can’t buy Drive Copy because Paragon will attempt to sell you the more expensive Hard Disk Manager 17 Advanced when you click ‘Buy Now’ and the only way to get the app as a standalone product is to contact Paragon Support. Not cool, Paragon.

If you can’t be bothered with that kind of hassle, Acronis Disk Director is much easier to purchase. It costs £34.99/US$49.99, so is significantly more affordable. 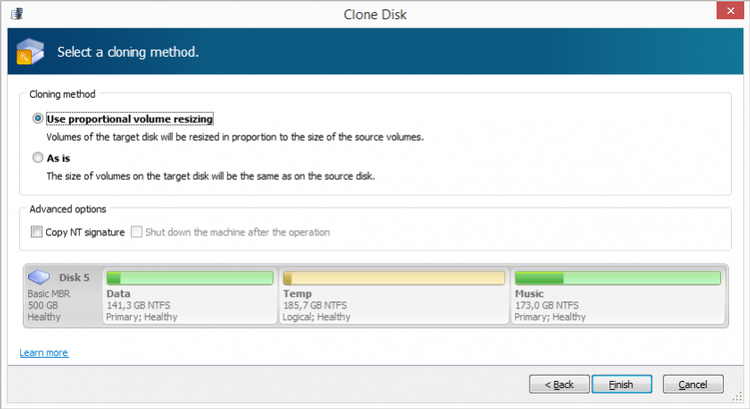 How to clone the old hard drive to the new

Right, if you made it this far, this is how to do the process of cloning the old drive to the new one.

Both drives must be attached to your PC (or laptop). It’s ok if the old one is the one that contains Windows: the cloning software will reboot your machine and do the copying when Windows isn’t running.

Regardless of which app you go for, they all use a wizard to walk you through selecting the source (old) and target (new) drives, then whether you want to clone the entire disk or just certain partitions.

Unless you’re an expert, it’s best not to mess around with anything and simply to choose to clone the whole drive just as it stands to ensure the new one works correctly and that Windows can start up ok once you’ve swapped out the old one.

Assuming the program supports it, you’ll also have a choice of which files or folders to leave out of the copy process if there’s too much data to clone on to the target drive. If not, and there’s not enough room on the new drive, you’ll have to manually delete unneeded files from the old drive. Here’s how to free up drive space by finding large files.

When you reach the end of the wizard, you should see a summary confirming what you’ve just asked the software to do, and probably a warning that any data on the target (new) drive will be erased as part of the process.

If nothing happens when you hit the Finish button, it’s likely because you need to apply the changes: that’s what usually sets the process in motion, and reboots your PC. Bear in mind that it could take hours to copy all the data and if the old drive has any corrupt sectors or damaged areas it could take even longer. Be patient and leave it until it’s complete.

If you’d like more choices, we’ve rounded up more of the best drive cloning software.