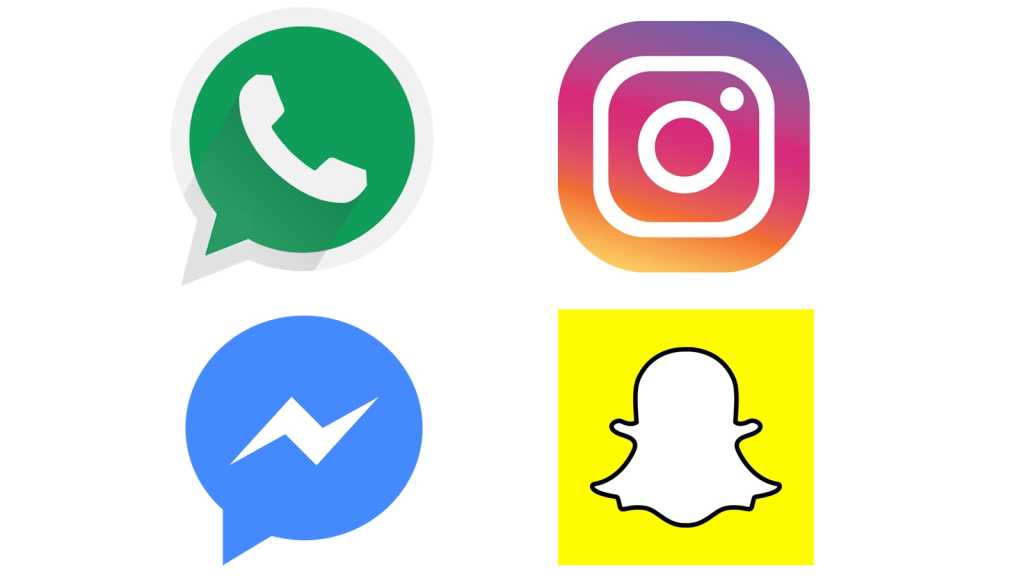 When it comes to messaging apps and sharing images on social media, you’re spoiled for choice these days. Alongside the software that comes on every phone (including iMessage on iPhones) there are alternatives that let you keep you in touch with friends no matter what type of phone they own.

What devices can I use them on and how much do they cost?

It will probably come as no surprise that these apps are available on nearly all mobile platforms. WhatsApp has versions for iOS, Android, Windows Phone, Blackberry, and even some Nokia phones! You can also use its clever desktop app for Mac and PC which connects to your phone to display chats and messages. To see exactly how this works you can read our How to use WhatsApp on any Windows PC guide.

Facebook Messenger covers a lot of the same ground, with iOS, Android, and Windows Phone apps available, but as its web version is baked into the main Facebook site, it offers a bit more of a streamlined experience in this regard. There’s also a new ‘ Messenger Lite‘ which is good for older Android phones or those with limited monthly data.

Instagram is available for iOS or Android, and there’s a very basic web version for PCs. Snapchat is the most selective of the bunch, limiting itself to just iOS and Android.

All these services are completely free to use, so long as you have a data plan that can cope with all the video uploads that you might start doing.

How easy it to navigate around the apps?

They’ve had time to mature, so each of them is fairly straightforward, albeit with some quirks. WhatsApp and Facebook Messenger default to your Chat list when they launch, giving you instant access to previous conversations, all of which are shown chronologically.

Both have simple navigation buttons at the bottom of the screen (well, the top if you’re using WhatsApp on Android) which allow you to move between Chat, Calls, the Camera, and either Settings or Games depending on which app you’re in.

This similarity of design could well be down to the fact that Facebook acquired WhatsApp a while back, and has quietly set about standardising the layout. Whatever the reasons, Facebook Messenger and WhatsApp feel primarily about messaging, rather than the visual emphasis used by the other two apps.

Instagram, which coincidentally is also owned by Facebook, opens to the photostream of your friends and contacts. Unlike the former pair, Instagram doesn’t have an actual chat option that you can see, but swiping left opens up the Instagram Direct page where you can send private videos, photos, or messages to individuals or groups of friends.

For the most part though, the app is focussed on images, with the main photostream displaying both still frames and videos which you can like, comment on, bookmark, or share with other Instagram users. Adding your own content is easy, as you just press the + button at the bottom of the screen, capture the image, add a filter, and hit share.

Of all the apps in this roundup, Instagram is the one that acts essentially as its own social media platform, with the messaging capabilities something of an add-on.

Compared to the other apps here Snapchat is the one that has the least intuitive interface. That’s not to say that it’s complicated, but it just takes a little more getting used to.

When you launch the app the camera opens automatically, giving you a clue of how Snapchat wants to be used. Swiping right will open up the chat window, while swiping left will bring you to Stories, which are collections of short videos and images.

Snapchat recently added that ability for groups to add content to a Story, making it a great way to celebrate a trip or event.

Swiping left a second time unveils the Discover section, where there’s various content available from news outlets and online creators. This is usually in the form of video articles, celebrity news, or new product releases, all of which can be loud and colourful.

Content that you or your friends create is designed to be automatically deleted within 24 hours unless you specifically choose to save it, so Snapchat does have a more temporary feel than its rivals.

As we’ve alluded to above, all of the apps have some kind of chat feature. You can either exchange messages with individuals or groups, using mobile data or Wi-Fi. All also allow images, video, and emoji to be included in the conversations.

If you want to make free phone calls over Wi-Fi then Facebook Messenger and WhatsApp offer this very handy ability. So, when the call minutes allowance on your tariff is running low, or you can’t get a signal, this is an excellent way to stay in touch. Video calls are also available on both apps.

Instagram is often cited as the app that started the whole filters craze, and it still remains a firm favourite for those who want to add a bit of style to their snaps. After capturing an image you’re free to apply one of the many filters that can transform a simple picture into a noire masterpiece or lend a fuzzy 70s feel.

There are options to crop the shot, alter the colour or temperature balance, and even add multiple images into a collage via the free Layout app.

You won’t find many crazy animations, such as you will on Snapchat and Facebook Messenger, but it does boast Boomerang, which allows short videos to run forward then backwards, creating amusing, moving pictures.

Snapchat takes a more youthful approach, offering facial animations that can add hats, animal features, or even turn you into a hot dog. Filters are based more on artistic styles which dramatically alter the colour and texture of an image, sometimes in quite spectacular fashion.

You can also add messages, draw on the images, or include geo-tagged titles letting people know where the photo was taken. Overall, it’s a lot more fun than Instagram, but might be a bit much for some.

Facebook Messenger takes its lead most definitely from Snapchat, offering plenty of amusing overlays, special effects, and ways to annotate an image. From floating disco balls, to Game of Thrones-style dragon fire, there’s plenty to keep you occupied. You can also employ some artsy filters, and various titles on your snaps.

WhatsApp is probably the most conservative of the bunch when it comes to image editing. You can apply a few different filters, add emojis, text, or draw on the image, but animations and wild styling are left to the other apps.

One thing all of the apps share is the ability to create Stories. These are small collections of images and videos that can be put together and shared with friends. Snapchat originated the idea, and still leads the way thanks to its Group Story mode where different users can contribute to a Story, but the feature seems now to be a standard on all platforms.

So, which is the best app for you?

As with any software, this all comes down to what you intend to do. If keeping in touch with friends and family, while possibly arranging a holiday or event, then the simplicity and focus on group messaging that WhatsApp provides is a solid choice.

Instagram is the one for sharing photos and seeing what other people are creating, while Snapchat is perfect for quick videos and images that you can personalise and have fun with.

Facebook Messenger does a good job of mixing these various elements into one easy to use portal, and as such if you were only going to have one messaging app on your phone this would be the one we recommend.

Of course, they’re all free, so there’s nothing stopping you from having them all!