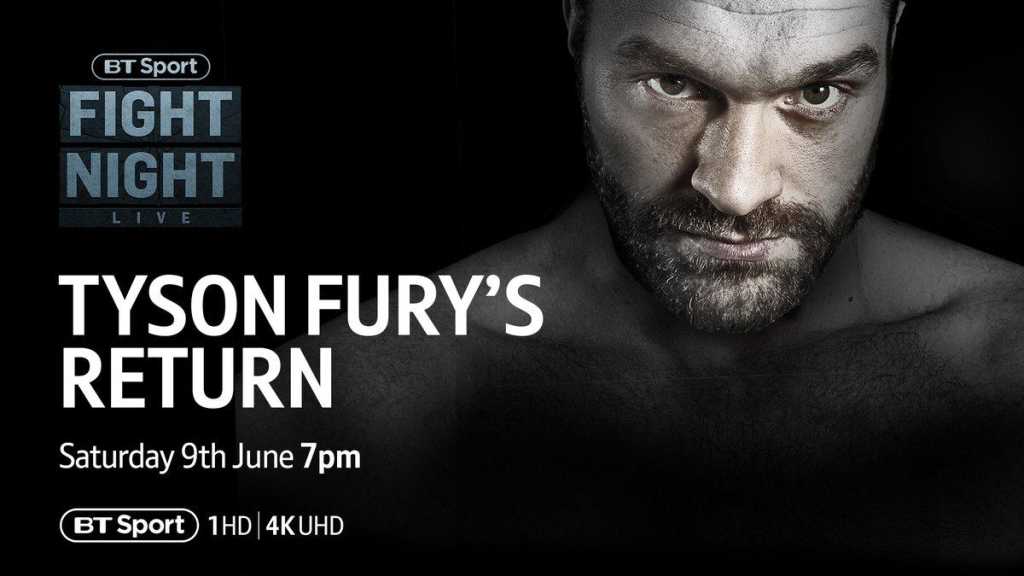 Tyson Fury’s comeback fight is nearly here and the first time the boxer will enter ring since 2015 and his victory over Wladimir Klitschko. This time Fury vs Seferi is the matchup and we’ve detailed when, where and how you can watch it live.

When is the Tyson Fury comeback fight on?

The big fight takes place on 9 June at the Manchester Arena. It will be the first time he’s had a fight in the city since 2011.

Fury will be in the ring around 10pm and the fight is expected to start by 10:15pm BST.

How to watch the Tyson Fury comeback fight on TV

The fight will be shown on BT Sport exclusively so you’ll need access to the channel to watch a live stream. Coverage will start at 7pm, though the fight isn’t until later.

You can also use the BT Sport app (available on iOS and Android) as well as the website for devices like laptops.

You can get BT Sport from £6 per month and both Sky and TalkTalk TV customers can get three months for free. Get all the details and sign-up on the website.

You can still access your UK Sky account if you happen to be abroad by using a VPN. A VPN is a service that allows you to see location blocked content from anywhere