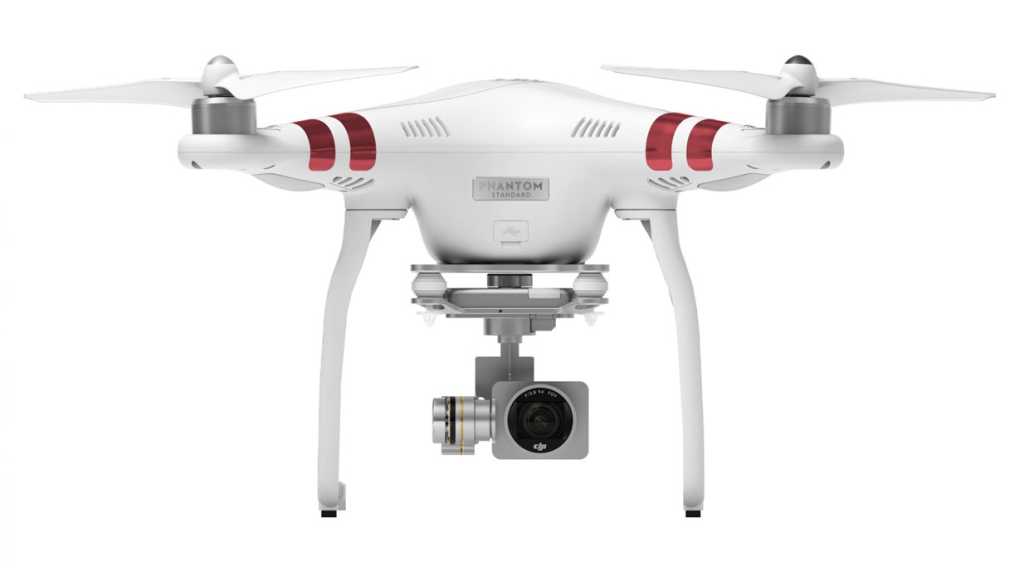 Thanks to camera drones, just about anyone can now shoot photos and videos from the air. But once the novelty of the aerial perspective has worn off, you’ll want to know how to get those cinematic-looking shots and extract the best possible quality from your camera.

We spoke to Jeff Colhoun, a cinematographer who’s been using drones since 2011, to get his best tips for beginners.

Note: We’re not covering filming techniques here – that’s a separate subject. Instead, the aim is to equip you with the knowledge so you can tweak settings and use the right kit for any conditions.

Also, before flying anywhere, be sure to check the local laws. We’ve put together a guide on drone law in the UK and certain European countries. 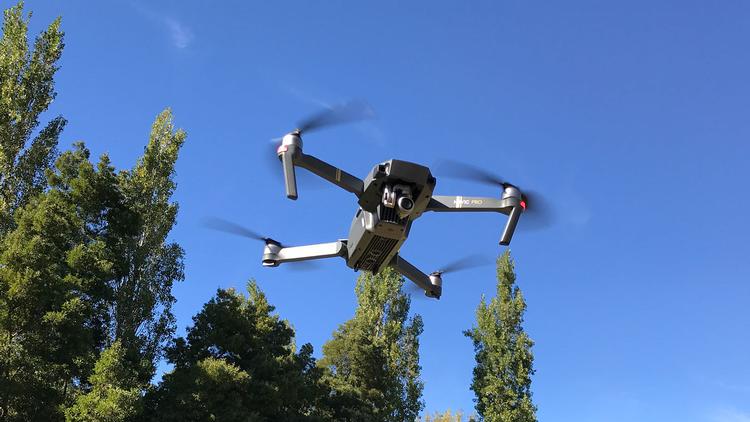 One of the most important things is a basic understanding of how camera works, and this applies whether you’re using a DSLR or a drone. Exposure should be your main concern, as this has the biggest effect on the resulting image.

Although your drone will automatically adjust the exposure, it won’t necessarily always get it right. You won’t be able to check this easily by looking at the video feed on the controller’s screen – or your phone or tablet.

Many drones, particularly those with a phone app, allow you to use EV correction. This isn’t manual control; it’s just telling the system you want a slightly higher (or lower) exposure value than the system would normally use, and you should use it for both photos and video.

If possible, try to find an option to view a live histogram. This shows you the spread of brightness in your image, from black on the left-hand side to white on the right.

If you’re into photography, you may have heard of the phrase “expose to the right”. This is generally a good idea with drones too, and if you have a DJI drone, you should find the option to display a histogram in the DJI GO app.

Exposing to the right means to set the exposure as high as possible (at the lowest ISO) in order to capture as much light as possible and therefore get the best performance from the camera’s digital sensor.

The histogram is invaluable here as it lets you preserve detail in the highlights of the image without going too far and overexposing.

Below left is an example of what the histogram should look like. On the right you can see the exposure is too high and detail is lost in the brightest areas. Essentially you’re looking to make sure the graph tails off before the right-hand edge of the graph.

Should I shoot in RAW?

If your drone has the option, take photos in RAW mode. This may be called DNG or something else, but if you stick with the default JPEG mode you’re throwing away a lot of the data and you’ll never see the best quality the camera is capable of.

In fact, the best choice is RAW + JPEG as this stores the raw data from the sensor as well as a JPEG version that’s easy to share and view.

The free photo editing app Snapseed can open and process RAW images right on your phone, so you might be able to transfer them from your drone wirelessly, edit and share the best-quality pictures without needing a laptop or PC.

Of course, you can also whip out the memory card from your drone, plug it into a computer and pull the RAW photos into an editor such as Adobe Lightroom if you want more control.

One of the limitations with most small camera drones is that they use CMOS sensors. These use a ‘rolling shutter’ which means that the image for each frame of video isn’t captured at the same instant.

Instead the image is built-up by scanning the sensor from top to bottom, and this can cause distortion – particularly the dreaded jello effect where the image appears to wobble as you watch the video.

Using a filter, such as a neutral density (ND) or circular polariser (CP) cuts down the amount of light entering the lens and enables slower shutter speeds, which eliminates this effect.

Plus, you should aim to reduce the camera’s shutter speed to 1/60th of a second to give aerial videos a smooth cinematic look, rather than a choppy high-shutter-speed look. 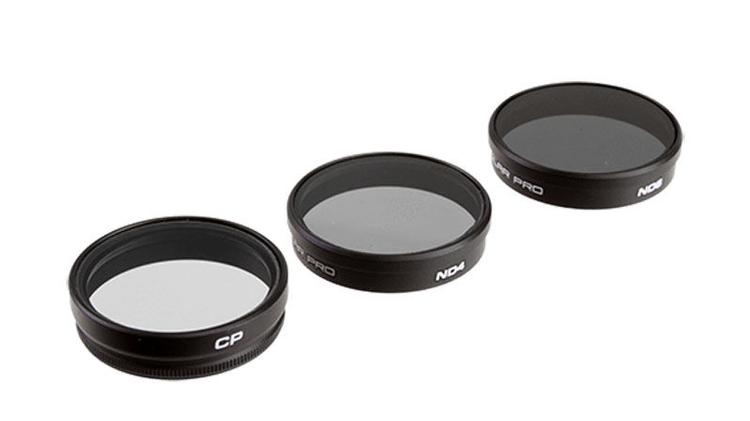 Such low speeds are impossible in bright conditions, so a filter set is a great investment. You can buy these from various places, but they tend to be specific to your drone model. PolarPro, for example, makes good-quality filters for most of DJI’s drones, including the new Spark.

There are various kits for the Spark including the 6-pack Cinema Series. Below you can see the ND-4 with a circular polariser attached to the Spark’s gimbal.

If US$149.99 is too expensive for you, there are three-packs available for $49.99. They can really help improve image quality, so are worth the outlay if you’ll keep your drone for a while. 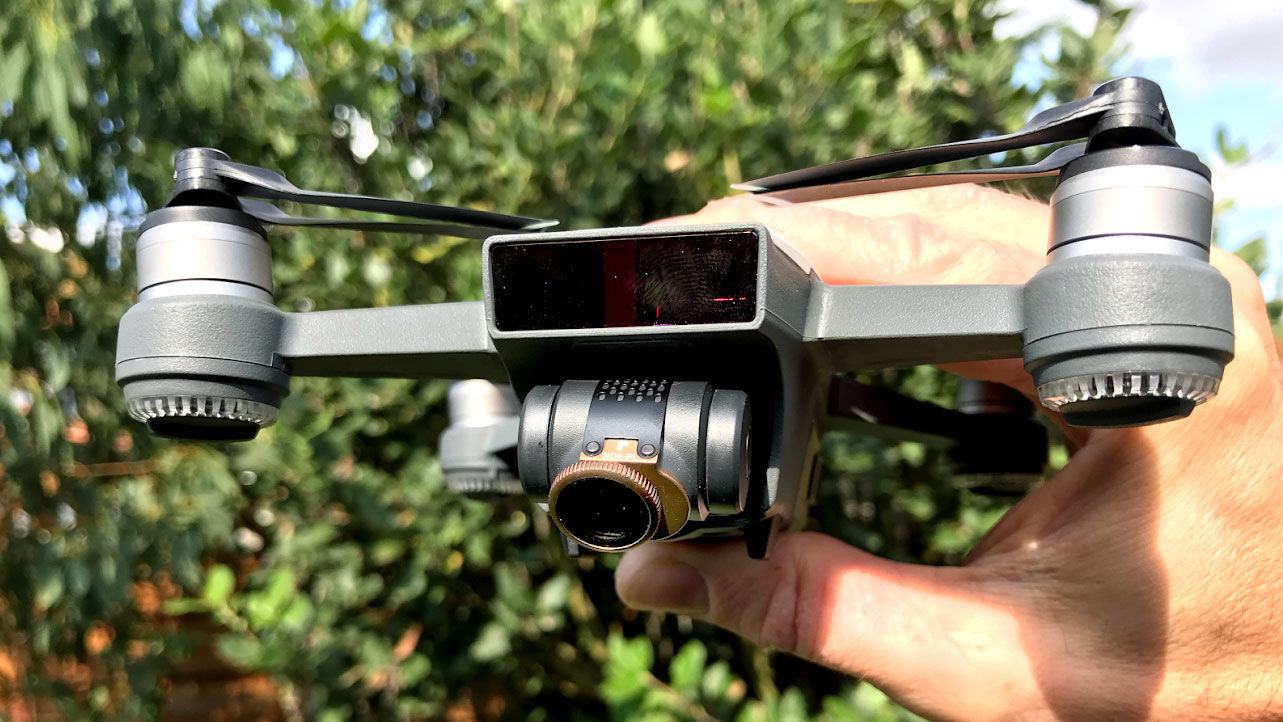 If you can’t buy a specific set or your camera doesn’t have any filter threads, then measure the diameter of your camera’s lens and search for a universal filter that will fit snugly over it.

How can I get better quality drone video?

Again, we’re not going to explain how to execute manoeuvers here for cinematic shots. All we’ll say is that slower movement on the control sticks will always lead to better footage. If your sticks can be unscrewed, you might be able to buy longer replacements: this is an easy way to slow everything down without having to think or change the way you fly.

Certain DJI drones offer a ‘tripod mode’ which reduces the controls’ sensitivity to help when framing a photo, and it can also be useful for panning when taking video. If you own another brand, look for a Yaw gain setting and reduce it a bit from its default value.

From a settings point of view, you need to decide on the resolution and frame rate you’re going to use. Even if your drone can shoot in 4K, you may prefer to choose a lower resolution and higher frame rate, say 1080p at 60fps. Few drones except those at the high end can record 4K at more than 30fps.

And even in 2017, not many people have a 4K screen on which to edit or view the footage.

If you have a DJI drone, look in the camera settings for a Colour menu. Here, it’s well worth trying out the D-LOG mode. It’s a bit like RAW, or the ProTune mode on a GoPro. 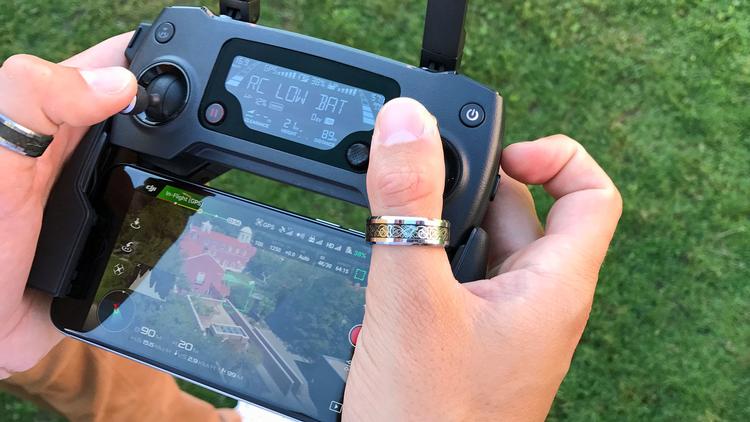 The footage will look washed out and grey, but there’s a good reason for this: increasing dynamic range. Put simply it means the camera records details in both shadow areas and bright areas at the same time.

It’s a good idea to reduce saturation, contrast and sharpness if you can, too. These can be added back in when you edit the video in Adobe Premiere (or whichever editor you use). If you have a DJI Mavic Pro, set sharpness to -1 in the Style menu, and -3 if you have a Phantom 4.

When shooting in D-LOG, it’s helpful to have presets for colour correction so you don’t have to manually correct colour in each clip. These are known as LUTs or look-up tables.

PolarPro offers ‘Aurora’ colour profiles for the Mavic Pro and Phantom 4. You can read more about D-LOG on Heliguy’s site.

Above all, head out with your drone for a test session and try different settings to find out what works. Once you’re familiar with setting EV correction and have had a try with any RAW modes on offer, you’ll be in a much better position to get great quality photos and video when you’re flying somewhere interesting.