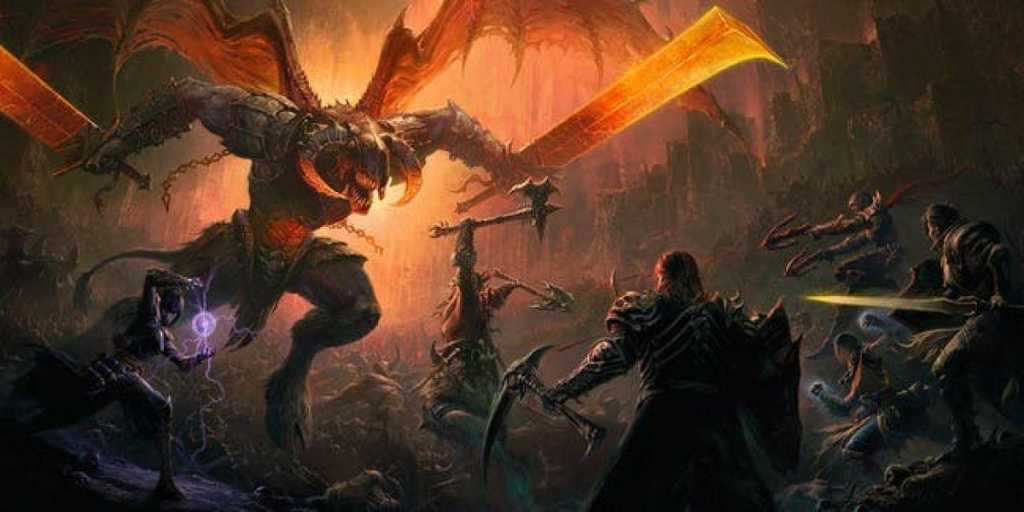 Diablo fans waited years for Blizzard to announce Diablo 4. And then it did… and they’ve been waiting years since for the game to actually come out.

The game’s official announcement came during the opening ceremonies of annual convention BlizzCon in 2019, and it was among the most high-profile news to come out of the Anaheim event – and a relief after the year before, when Blizzard took to the same stage to announce mobile game Diablo Immortal instead. With BlizzCon 2021 only days away, it’s likely that we’ll find out even more about the highly anticipated title.

When will Diablo 4 be released?

Although the game has been in the pipeline for some time, no release date information was released alongside its announcement at BlizzCon 2019.

In an earnings call in February 2021, publisher Activision Blizzard confirmed that the game won’t release in 2021, guaranteeing that fans will have to wait at least until 2022, and maybe even longer.

However, that doesn’t mean Activision Blizzard won’t be talking about it in 2021. In fact, according to the official BlizzCon 2021 schedule, there are a handful of Diablo-themed events scheduled to take place after the big kick-off show.

They include a 40-minute behind-the-scenes sneak peek of Diablo 4 that the event organisers tease will “dive into the development process and share some work in progress” and another 40-minute panel session the Diablo series – although which title it’ll focus on is unclear.

With the all-digital BlizzCon 2021 only days away, hopefully we’ll hear more about an official release date – or even a release window.

What platforms will Diablo 4 be playable on?

The Diablo series has always been a cross-platform title, and nothing will change here.

The game was originally announced for PS4, Xbox One and PC at launch, though since then the PS5 and Xbox Series X have launched, so it’s all but guaranteed that Diablo 4 will also launch on those consoles.

Here’s the official gameplay trailer for Diablo 4, unveiled at BlizzCon 2019:

If you’re looking for something a little more in-depth, check out a full nine minutes of cinematics:

For a game that’s so far away, there’s plenty of content already out there. See more on the Diablo IV YouTube page.

The US developer has assured fans that Diablo will be “very different” from Diablo 3.

It is set years after the conclusion of that game, which might explain the long wait between games to some degree. Millions of demons and angels have been slaughtered in the fantasy world of Sanctuary by the Prime Evils.

Your main enemy will be Lilith, the daughter of Mephisto, who has established power. This is a notable shift from regular foe Diablo, your principal antagonist in the first three games.

In a curious move, former Gears of War head Rod Fergusson moved to Blizzard specifically to oversee the series. Fergusson has been instrumental in the popularity of all four Gears of War titles, and will hope to translate some of that success to Diablo.

Starting in March, I will join Blizzard to oversee the Diablo franchise. Leaving is bittersweet as I love our Gears family, the fans, and everyone at The Coalition and Xbox. Thank you, it has been an honor and a privilege to work with you all. pic.twitter.com/0FuO3RFYSQ

There will be five classes of characters, with three already announced – the Sorceress, Barbarian and Druid. Progression will be evident thanks to the included skill trees, while there will be greater opportunity to customise player appearance.

The vast open-world will dynamically adjust the number of players depending on the environment, with a high population density in settlements but large swathes of empty wilderness.

While Diablo 4 will only have online modes, the dungeons where the majority of missions take place will be playable solo or with friends in a party mode. There will also be dedicated areas of the map for combat with other players around the world.

We can be sure that graphics will look stunning, regardless of which platform you play on. The game will take on a darker feel, reminiscent of earlier Diablo titles.

If you’re looking for more where that came from, check out our regularly updated list of the best upcoming games.