The G7 ThinQ is LG’s latest flagship Android phone. It doesn’t replace the recent LG V30S ThinQ (now replaced by the V35 ThinQ) but is instead the successor to the G6.

The G7 features a Snapdragon 845 processor and a 6.1in ‘Super Bright’ IPS screen that can reach 1000 nits and has a 19.5:9 aspect ratio with a notch just like the iPhone X. There are twin 16Mp cameras, one with a wide-angle lens, and a ‘Boombox’ speaker which LG says means you don’t need a Bluetooth speaker any more.

You can read our  hands-on review of the G7 ThinQ.

When is the LG G7 ThinQ release date?

LG officially announced the phone at events in New York on 2 May and Korea on 3 May.

The company said the phone will “roll out in the coming days in South Korea followed by major markets in North America, Europe, Latin America and Asia.”

LG told us that the phone would launch in the UK on 31 May (so it’s now on sale) and arrive in the US on 2 June.

The red version won’t be sold in the UK, sadly, and the blue version will be exclusive to O2 – at least to start with. 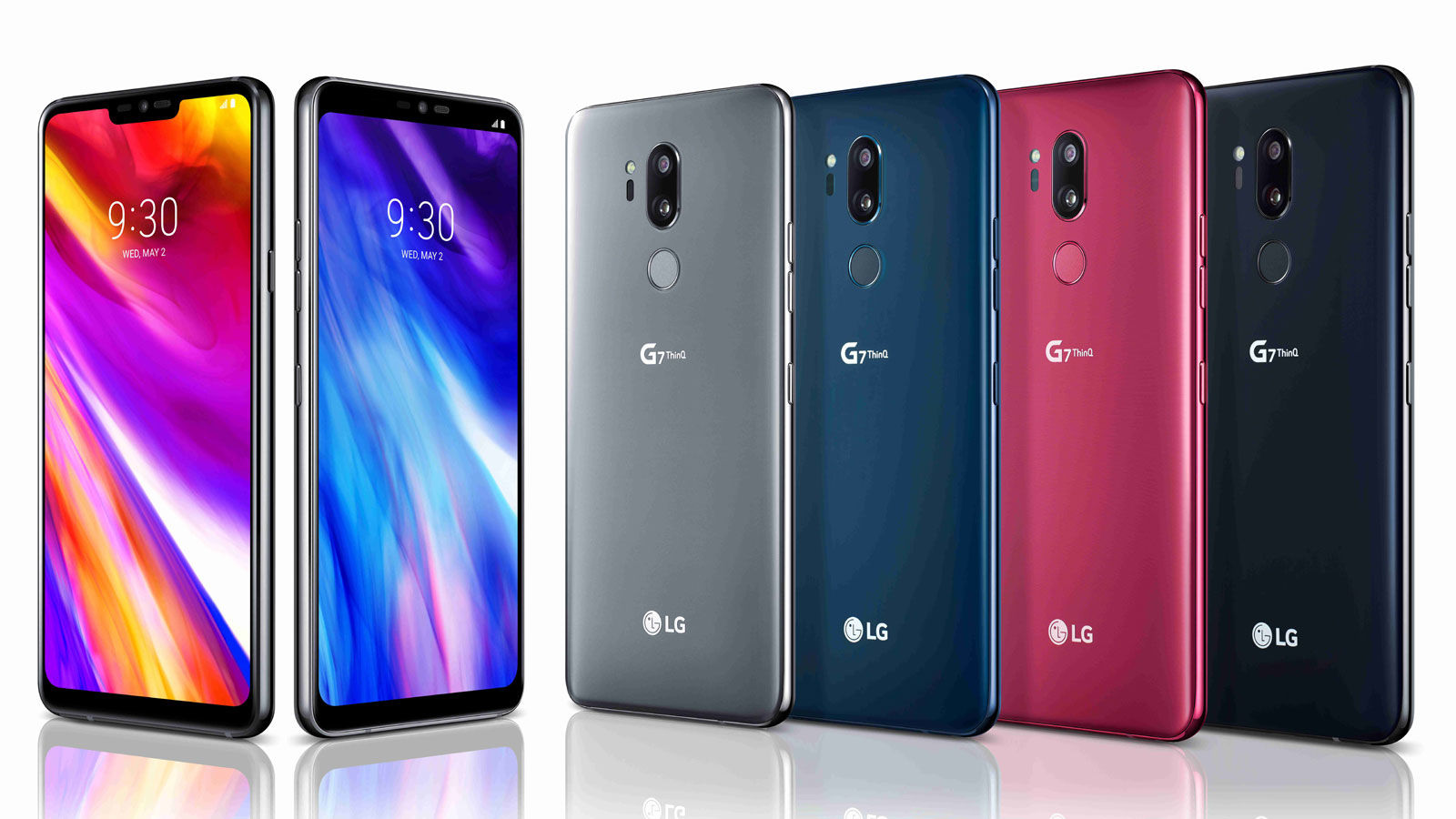 How much will the LG G7 ThinQ cost?

As ususal, LG didn’t announce any official pricing for the G7. But the first pre-orders confirmed our suspicions that it would be under £600 – £594 to be precise, from Unlocked-Mobiles.

It’s more expensive from Clove, which has listed the G7 for £629. You can also get it from Carphone Warehouse which exclusively has the platinum silver model.

Until 27 June,  O2 customers can claim a free Kodak Mini 2 Instant Photo Printer (RRP £89.99) on O2 Refresh tariffs 4GB and above. Customers need to send their unique Kodak code to kodak@o2promotions.co.uk with proof of purchase, full name and shipping address.

We expect other retailers to list the G7 shortly. Check out our guide to the best LG G7 ThinQ deals for regular updates on the best prices in the UK right now.

What are the LG G7 ThinQ specifications?

These are the specs of the global model. As far as we know, the model with 6GB of RAM and 128GB of storage will be only for the Korean market.

One of the main features is audio and the G7 has a ‘Boombox’ speaker, plus DTS:X 3D surround sound for headphones.

When placed on a solid surface the G7’s body acts as a woofer to amplify the bass effect, while the DTS:X 3D offers up to 7.1 channel performance without you needing to buy an expensive pair of headphones. There’s also a HiFi Quad DAC, which builds four DACs on a single chip to lower distortion and deliver even cleaner sound. 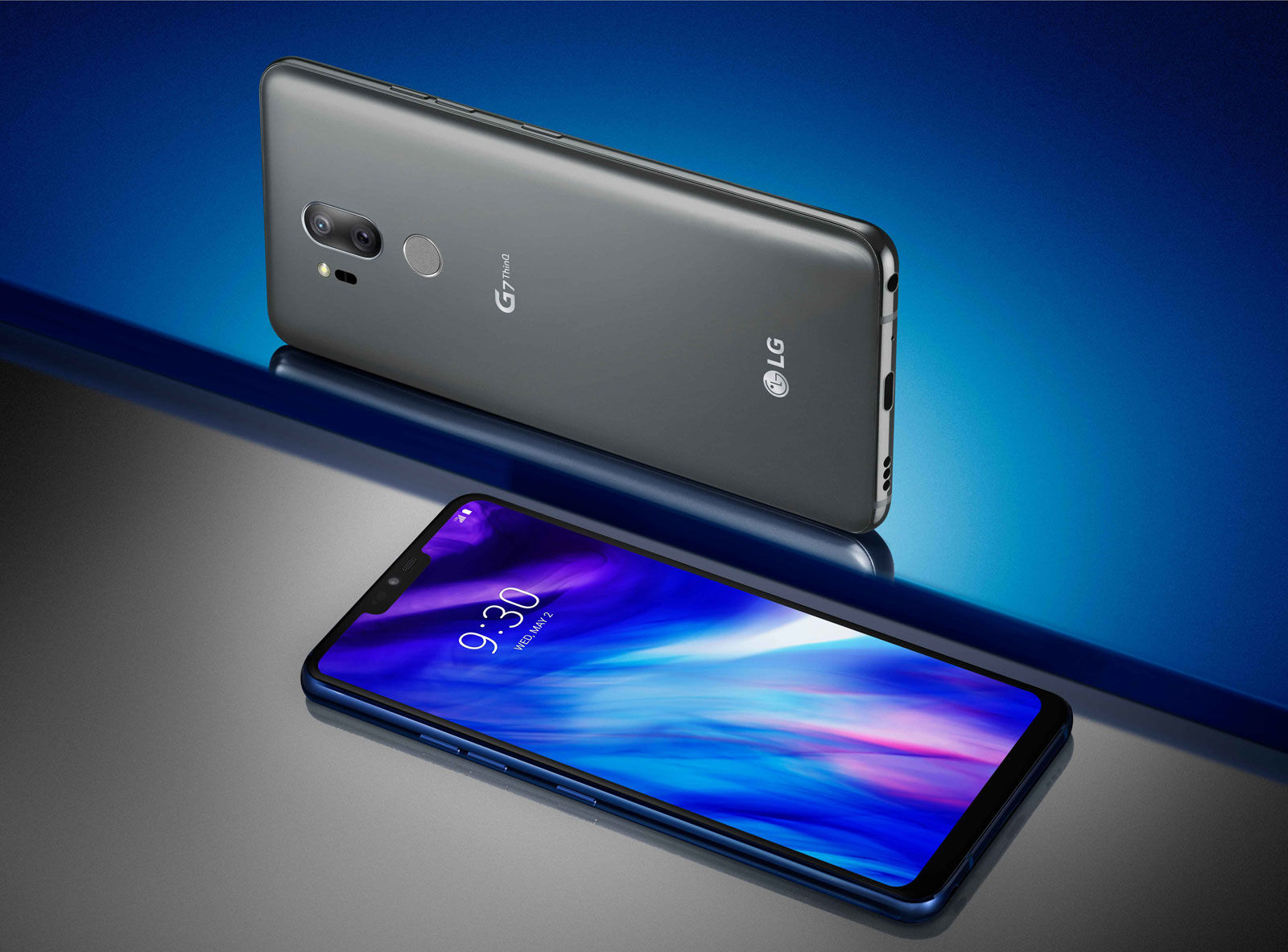 The MLCD+ screen tech allows it to go brighter than most phones while consuming less power. Its 19.5:9 aspect ratio is one of the tallest around. LG says the bottom bezel is 50 percent slimmer than the G6’s so the G7 isn’t significantly taller overall. (Since you won’t be able to re-purpose your G6 case, see our round-up of the best cases that are already available for the LG G7).

The LG G7 ThinQ also has Qualcomm’s new Snapdragon 845 chip, along with 4GB of RAM and 64GB of storage.

Key new features offered by the Snapdragon 845 include a secure processing unit (SPU) that Qualcomm says offers “vault-like security” with the microprocessor, memory, crypto engine and random number generator all sitting on its own power island.

Performance and battery life will also improve, thanks to an octa-core Kryo 385 CPU with four 2.8GHz high-power cores and four 1.8GHz low power cores; the 845 is 30 percent more efficient than the 835 for gaming, video and AR/VR, says Samsung.

See what’s changed in the LG G7 ThinQ over the LG G6.