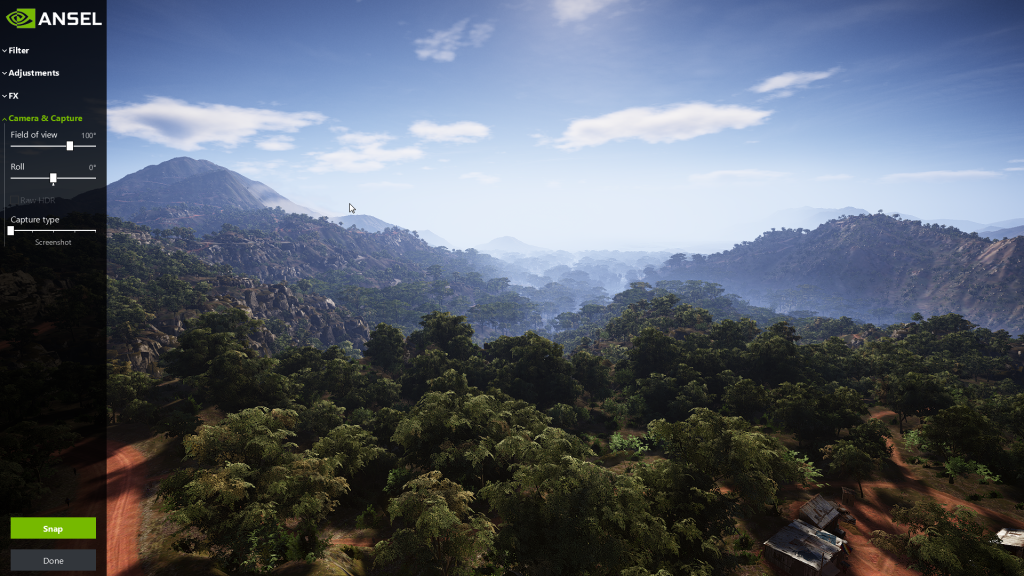 Nvidia, the company responsible for making some of the best graphics cards in the world, now offers a free way for gamers to take professional-level screenshots in some of their favourite games dubbed Nvidia Ansel.

The most impressive feature of Nvidia Ansel? Once activated, you can take free-reign of the in-game camera and capture any angle you desire with no constraints or annoying UIs to be found. It also offers a range of editing tools to help you achieve the desired look.

While it may sound complicated, it’s much easier than you might think; here, we show you how to use Nvidia Ansel to take amazing in-game screenshots.

Interested in other Nvidia technology? Find out everything you need to know about Nvidia Max-Q, and also how to use Nvidia ShadowPlay Highlights to automatically capture epic gameplay.

Before you jump in and get creative with Nvidia’s professional-level screenshot software, it’s worth noting that there are a couple of requirements first: a Nvidia-powered graphics card and an Ansel-compatible game.

The first requirement is a Nvidia graphics card. While this may make some gamers concerned (especially those with an older PC), there’s no need to worry as chances are, it’ll be supported. Why? Ansel offers support for all Nvidia graphics cards all the way back to the 6-series, including mobile processors. 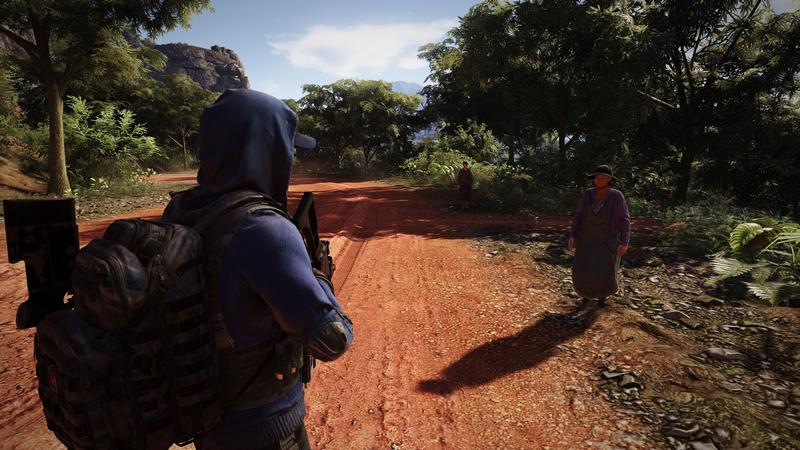 Even if you’ve got a compatible Nvidia graphics card, you also need an Ansel-compatible game.

Like with any new technology, it takes developers time to offer support in their games. With that being said, Nvidia Ansel is only compatible with 13 games at the time of writing. These include:

Although it isn’t a huge list at the moment, the technology was only launched little over a year ago. Nvidia confirmed at E3 2017 that the upcoming Destiny 2 will feature Nvidia Ansel support when it’s released later this year, and we imagine that many – if not all – upcoming AAA game releases will offer support for Nvidia Ansel. For an up to date list of Ansel-compatible games, check out the Nvidia website. 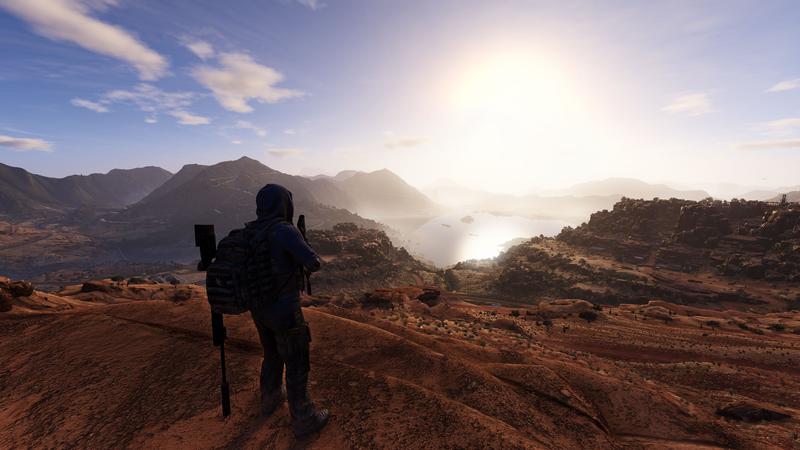 How to use Nvidia Ansel

If you play one of the currently supported games and have a compatible graphics card then you can use Nvidia Ansel to take truly awe-inspiring screenshots.

Find the perfect angle and effects

To use Nvidia Ansel in-game to take professional level screenshots, the first step is to press Alt + F2. Once pressed, the game should automatically pause and the Ansel overlay should appear. 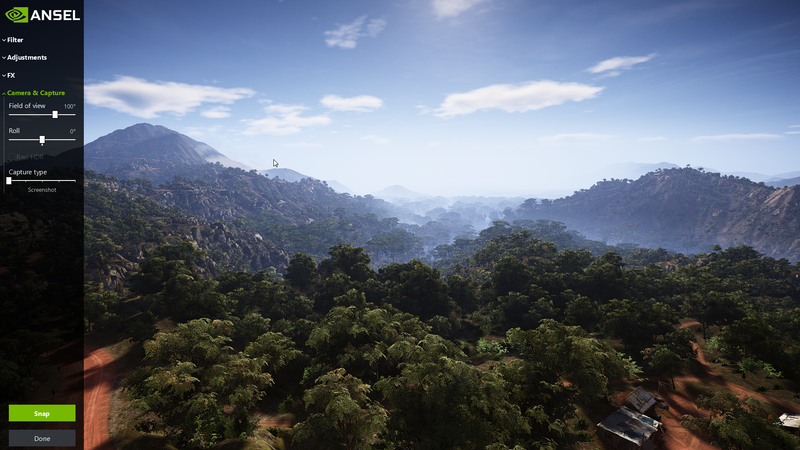 From here, you can pan around the environment using your mouse and keyboard to find the right angle. Want to catch the right angle of that peak in Mass Effect: Andromeda? Or did you want to get an over-the-shoulder shot of the incredible vistas presented in Ghost Recon: Wildlands? It’s possible.

Simply use your mouse’s left button to drag the Ansel camera around the scene, or control it via the WASD on your keyboard. You can also control the elevation of the camera with Z and X, and press Shift to move faster.

In the Camera & Capture menu, you can adjust the roll and field of view to see more (or less) of the overall shot and give the screenshot a different perspective. Wide-angle shots are perfect for capturing landscapes, while subject-based screenshots are usually much tighter.

Once you’ve found the perfect angle for your shot, it’s time to get stuck into the range of photo features available.

Select Filter to select a range of pre-made Instagram-esque photo filters to help give your screenshot a specific look. While the range isn’t amazingly varied, it’s a start and we hope Nvidia adds more in future. You can also adjust the intensity of the filter if it’s a little ‘much’ for you. 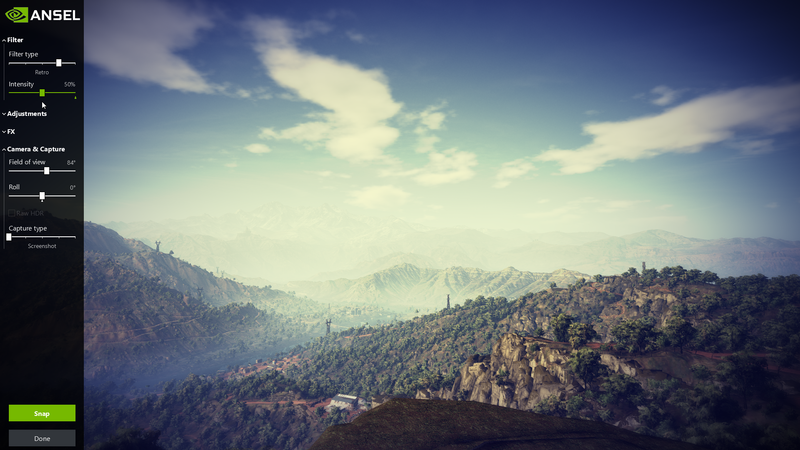 Next, you can expand the Adjustments menu to tweak the brightness, contrast and vibrancy of your shot. Though not as advanced as the likes of Photoshop, it’s enough to correct any lighting issues in your screenshot. 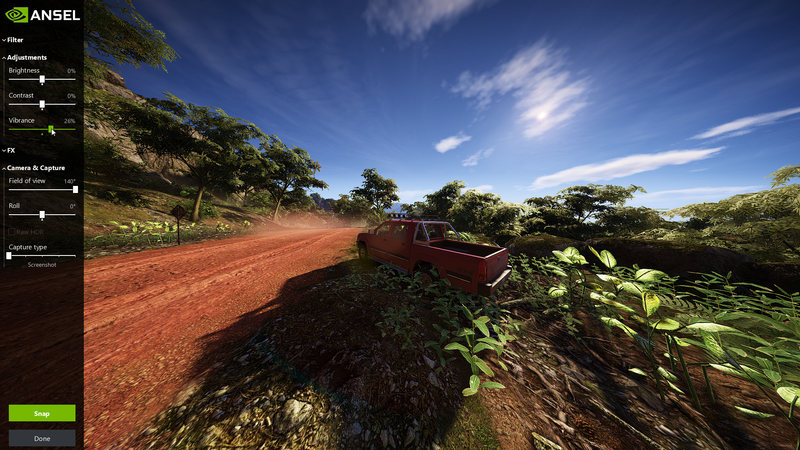 The FX menu offers the finishing touches to your screenshot, like the ability to enhance the colour, apply a vignette or apply the Sketch filter (although we feel it’s a little out of place in this menu!). 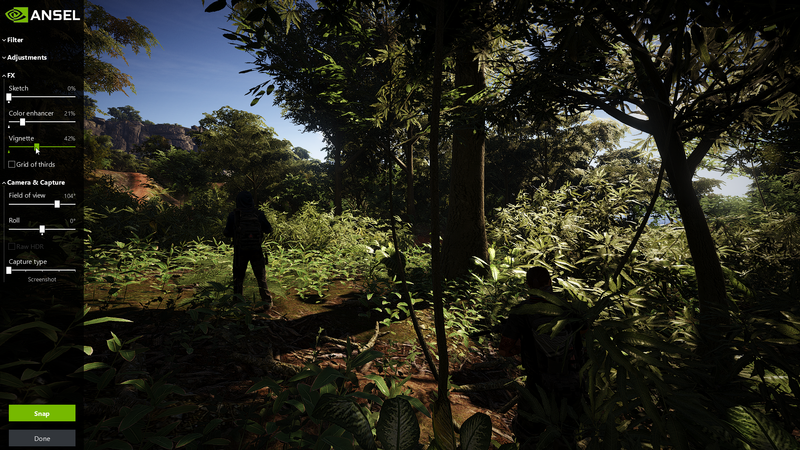 Finally, it’s time to head back to the Camera & Capture menu to decide how to export your screenshot. In addition to being able to export is as a standard screenshot in your current resolution, Nvidia Ansel provides options like Super Resolution to export your images in 4K at minimum, along with 360 and 360 Stereo for VR viewing. Cool right? 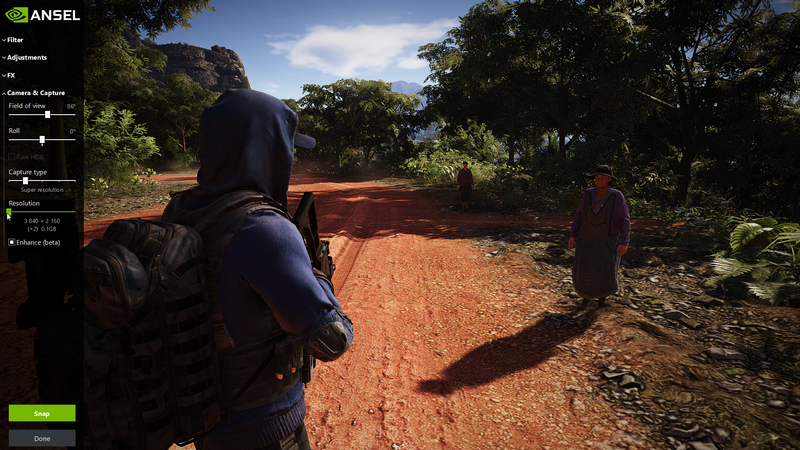 Simply select your desired format and select Snap in the bottom-left of the display to save the screenshot.

It’s that simple! Now go forth, capture stunning in-game shots of your favourite games and share them with us on Twitter too.